Rising from the Ashes: How Australia Should Combat Climate Change

The unprecedented Australian bushfire crisis has been a wake-up call on climate change, highlighting an underlying threat to the country: the lack of water resources. To address the problem, Christopher H Lim and Tan Ming Hui of the S Rajaratnam School of International Studies at Nanyang Technological University in Singapore suggest a two-pronged approach that would result in new water resources and renewable energy supplies. 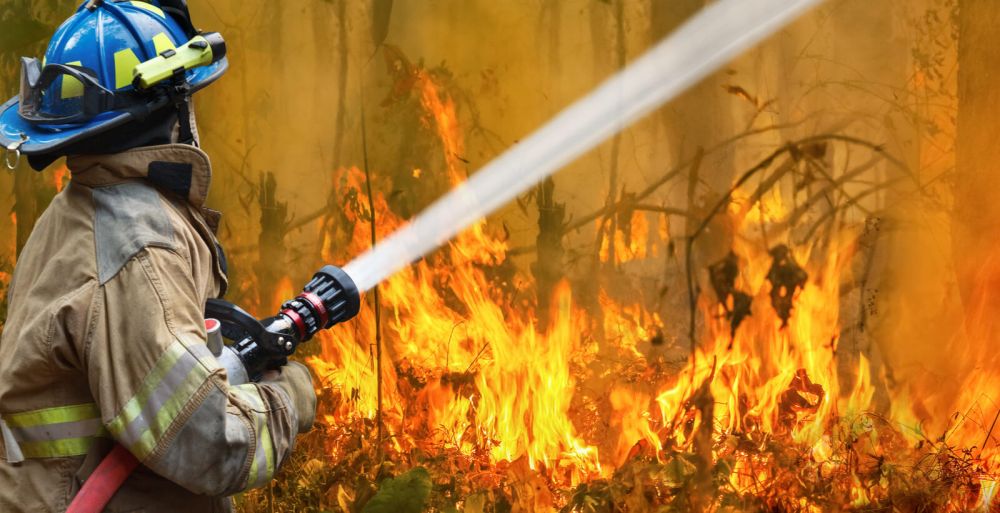 Australian officials recently declared that there are no active bush or grass fires in New South Wales, the state hardest hit by unprecedented wildfires that have been raging across the country since September 2019. The blazes that burned more than 20 percent of the country’s forests and caused the deaths of at least 33 people (an estimated half a billion animals have also perished or are dying, their habitats destroyed) and the razing of thousands of homes may be contained — but the country is far from out of the woods when it comes to the climate threat.

Scientists have long predicted the intensity and horror of the current fire disasters: extreme weather conditions and higher temperatures ignited an earlier-than-normal fire season, and allowed the blaze to spread very quickly and widely. In 2019, following years of drought, Australia experienced record-high temperatures, reaching a maximum of 41.9 degrees Celsius on 18 December.

The crisis beyond bushfires

Australia is more prone to fire than other parts of the world. It is the driest inhabited continent in the world, second only to the Antarctica, with limited freshwater sources and 35 percent of its land mass effectively deserts. Seventy percent of the mainland is also arid or semi-arid land, receiving less than 500 millimeters of rain annually.

This suggests that Australia is facing a deeper, life-threatening systemic challenge: a water crisis that is hampering the country’s ability to fight future bushfires. With climate change, devastating bushfires will be an annual threat, with each passing year likely to be more deadly than the previous.

Water shortages will seriously affect the wellbeing and survival of agriculture, with global food security implications, particularly in South Asia, Southeast Asia and Oceania. They will also impede access to drinking water in drought-hit Australian cities and towns. Meanwhile, forests and farms will take time to regrow, and rehabilitation will require time and money. While fighting and controlling bushfires is an indisputable and constant priority for Australians, at the same time, there is a need for a long-term plan to address the nation’s urgent water crisis.

A possible solution is to launch a two-pronged, continent-wide initiative for the development of a sustainable Australia. This would result in new water resources and renewable energy.

Australia can capitalize on its vast swathes of desert by investing heavily in renewable energy infrastructure. Harnessing the country’s abundance of sunshine, winds and tidal waves, these extensive areas could be developed into energy generators comprised of a hybrid system of solar panels, wind turbines and tidal power. The green energy produced could potentially be transported to coastal areas to run a cluster of desalination plants.

A smart renewable power grid and a network of strategically constructed freshwater systems across the country, coupled with the advantages of an ambitious green project and desalination plan, would have multiple benefits.

First, having a ready supply of freshwater would prepare Australia for future firefighting. New supplies of freshwater can also hydrate thirsty cities and mitigate the water crisis. This could potentially benefit the agricultural sector as well, enabling Australia to expand existing agricultural zones to otherwise arid land.

In addition, newfound water and renewable energy resources could power the current and future digitalization of Australia’s economy. Renewable resources can be used to host energy-intensive data centres. With this extensive digital infrastructure in place, Australia could tap both local and international science and technology talent in universities to cater to the global demand for analytics, animation, robotics, autonomous vehicles and other cutting-edge technologies. The country could then form strategic partnerships with institutions such as Chalmers University of Technology in Sweden, which has developed a portable solar thermal fuel that can be stored for over a decade. This technology could help Australia export its renewable energy.

The aspiration for a net-zero emissions economy is not new in Australia. In September 2019, scientists working under the Australian-German Energy Transition Hub released a report on Australia’s energy transition and hydrogen export possibilities. Aside from the environmental benefits, investments in renewable energy and infrastructure could boost employment. Construction and maintenance would create new demands for technicians and engineers, as well as encourage innovation in renewable energy, water treatment and new modes of transport. Furthermore, it would position Australia as a frontrunner in sustainable development and crisis prevention – turning a brown Australia into an evergreen continent – in the age of drastic climate change. 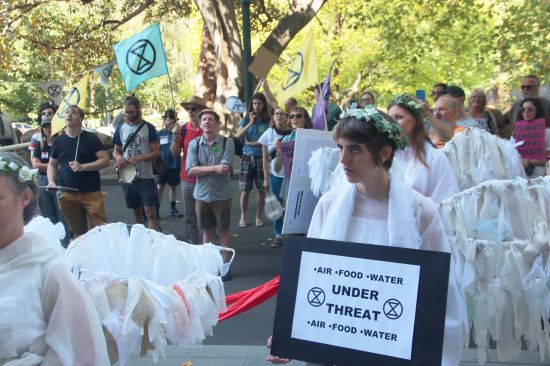 Climate protest in Melbourne, 2019: The wildfires crisis should be a wake-up call for Australians to tackle environmental challenges including water stress and the need for green energy (Credit: Takver)

Any scalable countrywide development plan needs funding to take off. Australian federal and state government could issue green infrastructure bonds. According to the Green Infrastructure Investment Opportunities Australia 2019 report and the Green Finance State of the Market Australia 2019 report, domestic green bond issuance as of June 2019 increased to AU$15.6 billion (US$ 10.3 billion), led by Australia’s banking sector and several state government investment entities. This highlights Australia’s potential to be a leading green finance hub in the Asia Pacific.

In this era of low global interest rates, Australian-dollar-denominated bonds could be attractive to both domestic and international investors. As climate disasters present a real question of survival for the global community, a green-conscious public would be more receptive and supportive of such an initiative.

Another source of funding could come from the generosity of Australians who have a personal stake in the safety of their country. Recent reports indicate that big businesses and wealthy individuals across various sectors have pledged large contributions to disaster relief. Citizens across the country would likely be inspired to support a nationwide green initiative. Businesses, particularly insurance companies and multinational corporations operating in Australia, would be keen to participate. A sustainable environment and economy could enhance their bottom lines and mitigate risks in times of disaster.

Rising from the ashes

Like Japan, a nation that survived nuclear devastation and produced a miraculous post-war economic recovery, Australia has the potential to rise from the ashes of its burnt homes and forests to become a global economic leader in the era of extreme weather brought on by climate change.

With the drive, creativity, and engineering ingenuity of its people, a green Australia could transform the country’s physical, economic and even social landscape. A new sustainable and successful Australia would inspire other countries or regions to follow suit and adapt a similar strategy. Over time, sustainability, climate readiness, and crisis prevention may become core values for the continent down under and beyond. 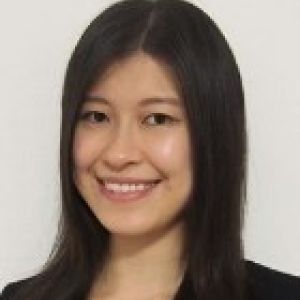 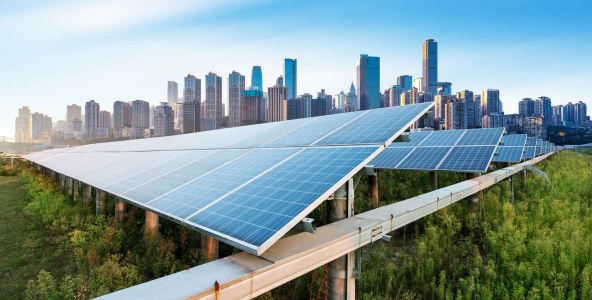 Thursday, December 5, 2019
Since the Paris Agreement was signed, the world continues to experience extremes of climate change as signatories to the accord struggle to meet their climate goals. 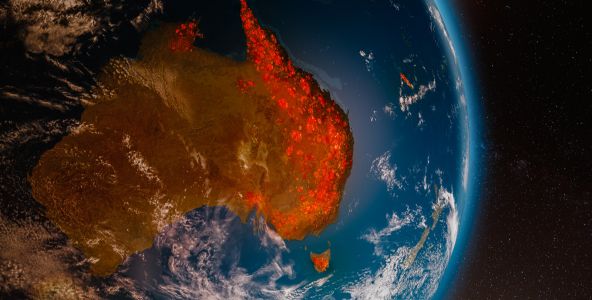 Will the Australian Wildfires Crisis Usher in a New Global Climate Security Paradigm?

Wednesday, January 29, 2020
Governments worldwide will increasingly have to turn to their armed forces to deal with climate-related disasters, requiring new ways of thinking.