Since the Paris Agreement was signed, the world continues to experience the inevitable and irreversible extremes of climate change and global warming as signatories to the accord struggle to meet their climate goals. With the UN global climate change conference underway in Madrid this month, Christopher H Lim of the S Rajaratnam School of International Studies at Nanyang Technological University and Vincent Mack of Singapore Management University propose the creation of a smart renewable power grid that could potentially cover more than 90 percent of the world’s energy users. 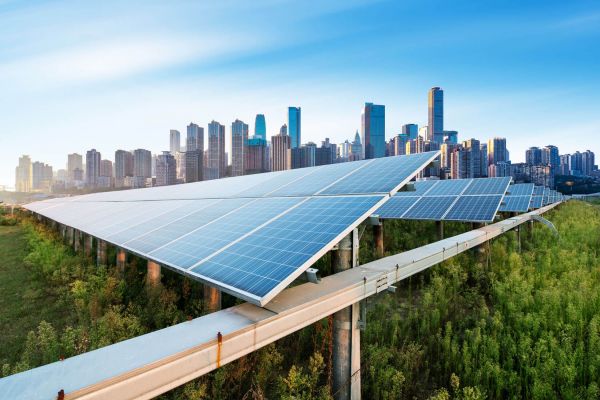 Solar panels in Chongqing, China: Regional power grids in Asia driven by renewable energy could be connected to similar networks around the world to create a sustainable global supply of electricity (Credit: Wang An Qi / Shutterstock.com)

Despite the Paris Agreement, the world continues to experience the extremes of climate change. Severe weather conditions and global warming continue to plague every part of the globe as increasing development amplifies energy demand and, ultimately, our carbon footprint. According to the World Meteorological Organization data from 2018, record highs in average global temperature have been set in 20 of the past 22 years. Studies of weather events by the American Meteorological Society have found that human-induced climate change was responsible for the majority of them.

Sadly, bold global initiatives to tackle global warming have yet to be introduced. According to a recent report issued by the United Nations Environment Programme (UNEP), Paris Agreement commitments are insufficient to address climate change effectively. The current rate of greenhouse gas emissions will allow temperatures to rise by 3.2 degrees Celsius by 2100. For the Eart to meet the 1.5-degree temperature rise limit will require countries to reduce emissions by five times the rates agreed in Paris. Incremental change is simply not enough – global greenhouse gas emissions must fall by at least 7.6 percent a year.

Under these circumstances, what we now need is a radical approach to solve this problem. While some have argued that digitalizing our economy would decrease our exploitation of material resources, thereby reducing our carbon footprint, the fact remains that many underestimate the amount of energy our data centers actually consume. Based on research by Anders Andrae and Fred Pearce, data centers account for about 20 percent of electricity globally. This will reach one-third of global power production by 2025. Meanwhile, global data traffic is expected to double once every four years.

A new threat to global warming?

Using market capitalization as a measure, seven of the top 10 global companies are from the digital technology industry. Digital goods produced by these leading tech companies are mainly composed of software, content and technologies related to and supporting these products, such as services by communications and consulting firms.

Given the inherent nature of digital technology, one can assume that the majority of costs in starting up a tech company comes from the relatively high initial setup – e.g. the cost of physical infrastructure and developing operating systems and applications. One can also assume that the cost of subsequent production, duplication and delivery of digital goods to be marginal or near zero.

The importance of digitization and digitalization in the virtual economy may create the unintentional misperception that carbon emissions could be reduced as the material world becomes increasingly dematerialized, replaced by digital data. However, one may not realize that a simple Google search consumes as much energy as is required to power a 60-watt light bulb for 17 seconds, producing roughly 0.2 grams of CO2.

As the world digitalizes, the increase in the ranges and volumes of digital services, especially with the incorporation of the Internet of Things, Big Data analytics and quantum computing into our daily lives will result in an overall increase in the global demand for data centers – the factories of the digital age.

How sustainable are “digital factories”?

Multinational companies such as Google, Amazon and Microsoft are flocking to the Asia-Pacific region to build data centers, which store and manage data for processing, analyzing and structuring information. Global Switch, Iron Mountain, Digital Realty, STT, Equinix and China Mobile all have Asia sites under construction or have recently completed expansions. While high-connectivity Singapore, Hong Kong, Tokyo, and Sydney are the most popular destinations, lower-cost Association of Southeast Asian Nations (ASEAN) member countries are also attracting attention. Alibaba Cloud, the cloud computing arm of Alibaba Group, announced in January it would build a second center in Indonesia.

Users across the globe can easily access stored data from any other location. This makes data centers critical to the daily operations of any digital network. With a global drive by Asia-Pacific governments pursuing “smart city” initiatives at both national and subnational levels, along with rapid urbanization coupled with adoption of e-commerce, the demand for and consumption of data are likely to increase. This will further enhance Asia’s position as the world’s top energy consumer, further exacerbating the effects of climate change.

Based on the study of spatial distribution of climate-related hazards, Asia, especially Southeast Asia, is at high risk. Asian vulnerability to climate hazards suggests that flooding and drought in high-density population areas, along with the inevitable loss of life and disruption of food supply, could easily degenerate into social and political instability. With going digital inevitable, the survival of Asia’s economies depends on their choice of energy sources.

This entails setting up a smart power grid for renewable energy based on solar energy through a permanent “North-South connect”. A green initiative as such is a superior alternative to investing in fossil-fuel energy infrastructure over the next 30 to 40 years. Moreover, if the energy security for all the countries covered under this proposed grid is conceived and consolidated at a regional level, the cost of energy would not be dependent on the price fluctuations of fossil fuels.

Additionally, countries such as China, Japan and South Korea, which have already been running some of their energy grids on solar energy, could be further scaled up.

In parallel, solar farms could be intensified on land in ASEAN countries and Australia, together with floating solar farms and tidal wave generators. It has been observed that energy generated from solar and wind farms, in contrast to power plants fueled by coal, natural gas or nuclear, are highly dependent on natural conditions, where changes in weather and season could result in a highly variable and irregular output. For example, rainy seasons and cloudy days result in lower solar intensity and less energy produced, while hot summer days, in contrast, result in excess.

A smart power grid operating on solar energy with multiple countries within a massive region, covering both the Northern and Southern Hemispheres, would enable the full utilization and optimization of different seasons, time zone differences and different peak demand in different areas, overcoming intermittent issues in power generation.

An electronic platform for energy trading covering the entire North-South Connect could be established. This would minimize energy cost to users and simultaneously incentivize renewable energy producers – regardless of whether they are commercial entities or individuals, or from urban or rural areas – as energy trade barriers are eliminated. Powering East Asian, ASEAN (plus potentially other Southeast Asian countries) and Australia with solar energy using this model could be the first step in pursuing a sustainable green energy system for the future.

The portability of the North-South model also allows for similar green and renewable energy initiatives to be established in other regions. All of America – North, Central and South – could also operate on a smart power grid. Furthermore, advances in renewable energy technologies and policies could conceivably allow Europe to join forces with Africa to set up its own smart power network.

Finally, one could tap both the Asia-ASEAN-Australia power system and the Europe-Africa power system to link them with all countries geographically located between them. The effectiveness of this North-South Connect initiative could be further enhanced by innovations such as the portable solar thermal fuel developed by the Chalmers University of Technology, which can be stored over a decade.

With the climate chips down, the time for a radical solution is now. A smart renewable power grid or network of grids could potentially cover more than 90 percent of the world’s energy users. What is needed is imagination, political will and a concerted effort to marshall the resources, knowledge and creativity to pursue this goal.

Vincent Mack is pursuing his PhD studies at Singapore Management University (SMU) under a scholarship from the Agency of Science, Technology and Research (A*STAR), Singapore.