Will the Australian Wildfires Crisis Usher in a New Global Climate Security Paradigm?

The deployment of the Australian military, including reservists, to combat the country’s unprecedented bushfire crisis highlights the need to reckon climate change as a national security risk. Cheryl Durrant, until recently the director of preparedness and mobilisation in the Australian Department of Defence, argues that governments around the world will more and more have to turn to their armed forces to deal with climate-related disasters. This will require a new way of thinking about defence funding, planning, logistics and strategy. 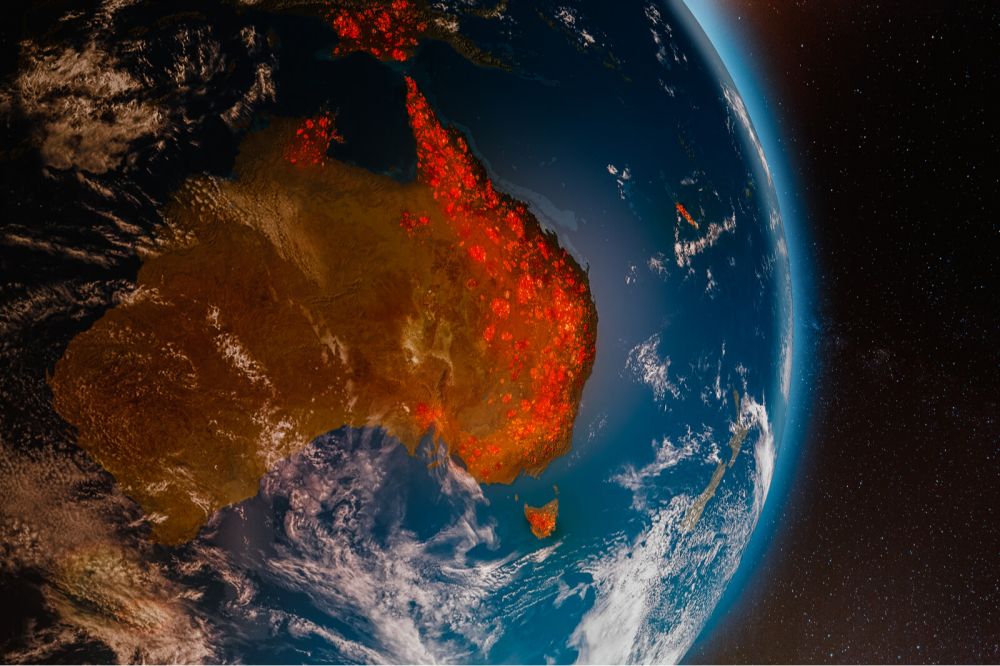 An aerial image of the Australian wildfires. (Credit: OSORIOartist / Shutterstock.com)

On January 4, for the first time in its history, Australia issued a compulsory callout of its Defence Force Reservists. This was not in response to either a war or terror attack. In this case, the adversary is existential climate change. The government ordered this mobilization to tackle the national wildfire emergency. While domestic disaster response is not new territory for the Australian Defence Force, the compulsory call-out of reservists broke new ground and pointed to a changing security paradigm for military forces as the global climate emergency escalates.

Disaster of an unprecedented scale

The Australian wildfires are shocking because they have grown to an unparalleled scale and have lasted (they are still raging) for an unprecedented length of time. All of Australia’s states and territories have been affected. As of January 24, 2020, they had burnt an estimated 7.7 million hectares. The emergency has been going since the Queensland fires commenced in September 2019. The official bushfire season still has several months left. It will be some months more, if not years, before the total damage to the environment and economy is known.

In response to this extraordinary catastrophe, the Australian Defence Force (ADF) has been called out to provide support across a range of functions. These included normal military humanitarian and disaster relief operations such as information gathering, logistics, personnel movements, engineering, and medical services, as well as some more unusual (for the ADF) roles such as agricultural clean-up and carcass disposal. The Defence Force Reserves have joined the regulars in these efforts.

The challenge for the ADF and the nation as a whole is far greater than the immediate impact of the fires. Among the consequences has been smoke, which has suspended economic activity and created significant hazards to human health. The capital Canberra has recorded the worst air quality in the world, while at times smoke covered many of the Australia’s largest cities – Melbourne, Sydney, Brisbane and Adelaide, creating disruptions and delays for air transport.

Longer-term costs include the loss of agricultural, trade and tourist revenue. Livestock casualties are mounting, with the federal agricultural minister estimating that deaths will exceed 100,000 head. Critical infrastructure such as major transport arteries and water catchments across the country, including in major urban areas such as Sydney, have been damaged. The full economic and social harm is only beginning to be understood. Even Australia’s international reputation has not escaped intact.

The deployment of the ADF in response to the wildfires crisis has created a number of specific military challenges. First, there is the obvious concurrency issue where forces deployed in support of wildfires are not available for, or cannot be easily redeployed rapidly, should other missions arise. This an issue that had been identified in the Defence Department submission to the Senate inquiry on the implications of climate change for Australian’s national security and was starkly highlighted by escalating tensions between the United States and Iran occurring simultaneously with the peak of the wildfire crises.

Second, forces committed to the wildfire response are also not available for individual or collective training activities and this has a flow-on impact with regards to maintaining ongoing readiness for more conventional missions.

Third, the scale and duration of the ADF’s commitment is likely to be above the forecast operational tempo and sustainment profiles for major capabilities and equipment. This will require an increase in future sustainment funding or earlier replacement of equipment, which will now potentially reach life of type (the date beyond which airplanes and other assets cannot be operated to an acceptable level of safety, based on prevailing in-service management practices) more quickly as a result of the higher tempo of operations. Greater wear and tear as a result of operating in hasher environments needs to be factored in. A future in which military forces are engaged more frequently and at longer durations for domestic disaster response and reconstruction construction operations comes at a cost.

These costs present an integrated environmental-social-economic security quandary. With individuals and communities vulnerable to the impact of the crisis on the environment, water, food and livelihoods, conventional security threats may seem less relevant or at least less immediate. Not only is greater spending needed to recoup additional military operating costs, but the national budget will also have to allocate funds for addressing recovery, prevention, adaptation and mitigation. This creates a trade-off for which Australia will need to determine funding priorities, choosing between competing yet inter-related security challenges – food or war?

Military planners will need to adapt to this new paradigm and provide clearly articulated strategies on how they will continue to provide value for money. This would ideally form part of a broader national security dialogue, including additional representation from sectors such as agriculture, health and social services. National priorities need to be thought through in a systemic way and with preparedness informed by proper risk assessment linked to national values and vulnerabilities.

At the operational level, the military will need to evaluate and model platform usage to monitor and manage concurrency and sustainment challenges more efficiently and make evidence-based bids for budget dollars. Forces with better data and more advanced artificial-intelligence implementation and which have also developed abilities to think systemically about integrated security challenges may gain a comparative advantage.

Playing out at global scale, in the not-too-distant future, security forces of many nations will face similar challenges. Both China and the United States have significant climate-related environmental risks and both may need to divert national resources or military forces in response to future domestic catastrophes.

With major powers’ attention drawn inwards, the appetite for multilateral action in support of international humanitarian relief efforts, peacekeeping operations, or more broadly, missions to defend the rules-based global order may diminish. At the same time, fundamental building blocks of security such as food and water will be under pressure, potentially fuelling national or sub-national conflicts. In this destabilized world, military forces will be required to assure access to critical resources and maintain the continuity of global supply.

In this context, nations such as Russia, which may be less affected in the short term by climate change catastrophes, may seek to gain geopolitical advantage. National or sub-national actors may escalate information and economic warfare at a time when a rival nation hit by a natural disaster is most vulnerable. Fractures in national social cohesion as a result of the asymmetric impact of disasters offer opportunities that adversaries could easily exploit. The disinformation that has been a feature of the Australian wildfire crisis gives some indication of how this might occur. Similarly, terrorists may choose to strike when a nation is weakened by a climate emergency. 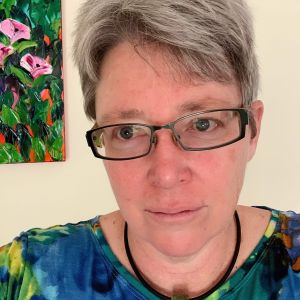 Cheryl Durrant is a member of the Asia-Pacific Climate Security Working Group, which was convened by the Center for Climate and Security in Washington, DC, and a fellow of the Institute for Integrated Economic Research Australia. Until recently, she was director of preparedness and mobilisation in the Australian Department of Defence.