There is one area of the Women, Peace and Security agenda in Southeast Asia that requires further prioritization – women’s economic security as a means of ensuring sustainable peace. This is especially pertinent in this time of economic hardship for many women in the region, writes Tamara Nair of the S Rajaratnam School of International Studies at Nanyang Technological University in Singapore. 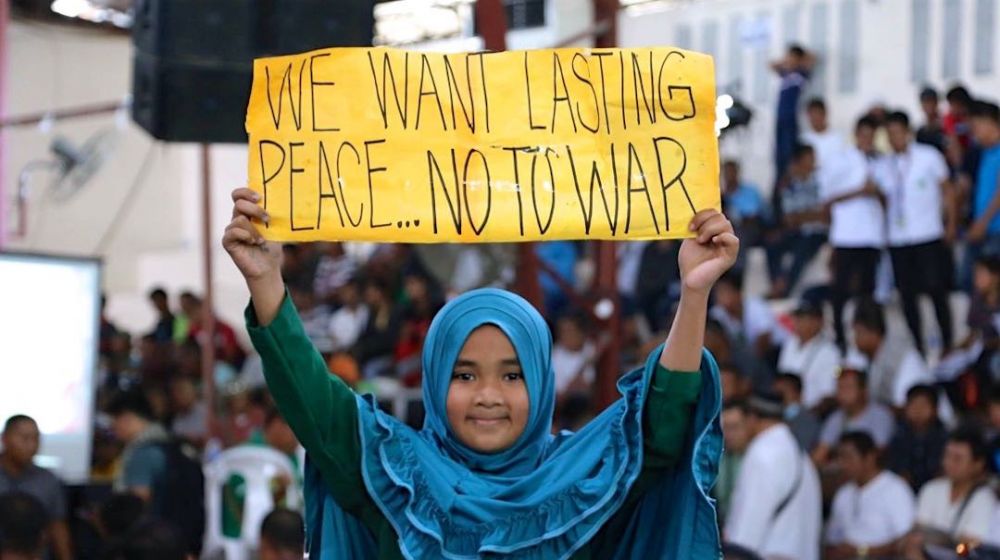 Calling for peace in Mindanao, the Philippines: Gender security goes beyond the military realm and includes economic, political and socio-cultural dimensions (Credit: @peacegovph on Twitter)

The importance of investigating and addressing the gender-related impact of conflict cannot be stressed enough. But in the work of UN agencies, the national action plans of countries, and regional frameworks such as the “Joint Statement on Promoting the Women, Peace and Security in ASEAN” adopted by the organization’s leaders at their summit in 2017, the focus has mostly been on the protection, and to some extent, the participation aspects of the WPS agenda. Little is typically said on the two other pillars: prevention and relief and recovery.

Protection requires minimal change in current thinking among policymakers and detracts from the WPS agenda’s transformative appeal that allows greater change and benefits for women. Although women do rightfully require protection in crises situations, greater focus on this pillar veers away from making the WPS agenda one aimed at comprehensive security. Consideration of interventions to adopt a comprehensive security approach requires investigation of the power relations between men and women within the cultural contexts of their lives. Without such an angle for intervention, the agenda is merely hijacked by the understanding of security as a military matter.

As far as the agenda is concerned, as currently interpretated, women are vulnerable and are greatly disadvantaged by this vulnerability. This is not untrue, but such thinking negates the resourcefulness and resilience of women, especially in times of crises. Doing so not only disallows the empowering of women but also wastes an opportunity to change discriminatory systems, during and in the aftermath of crises.

UN Security Council Resolution 1325 and the WPS agenda’s subsequent resolutions spell out many positive actions required to address gender-related insecurities in conflict, not in the least women’s participation in peacebuilding. But in moving further from that point, there is very little on how to sustain that peace. One of the key indicators of potential conflict is the existence of structural violence within systems of governance that are taken for granted, depoliticized and rarely, if ever, examined.

One important area for further investigation is how such structural violence connects with the economic insecurities of women. This is especially so in this global pandemic as the lockdown and closures of economies have shown unprecedented adverse impact on the working lives of women.

Economic security can be the way that other kinds of human security – health, food, political, and individual – are measured. It allows women a level of freedom. It prevents further victimization through forced prostitution, slavery, human trafficking, and a host of other vile operations women may be forced into just to survive both during and after crises. But there is also a need for care in the type of economic opportunities provided, which can, under the guise of financial independence and “empowerment” merely perpetuate further structural violence through skewed power relations in the workplace.

What is required, together with other peacebuilding and capacity-building efforts, is to put forth liberating and empowering economic strategies for women. By this I mean engaging with the transformative nature of the agenda and allowing for economic opportunities where women have a say in how such opportunities will be designed and offered – for instance, the ability to organize activities or initiatives to meet their needs, being able to allocate their time between work in the public and private spheres, and fair remuneration for work done. 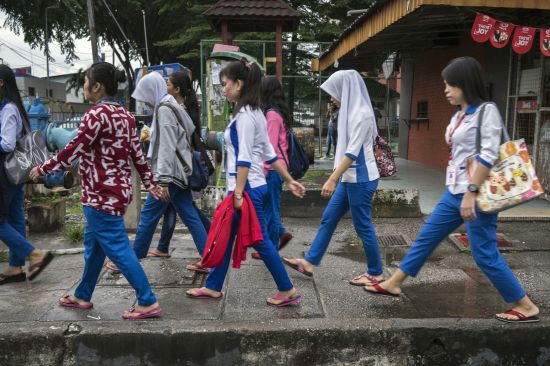 It is encouraging to see that, in their joint statement issued in August 2019, the members of the security grouping, the ASEAN Regional Forum (ARF, which includes the 10 ASEAN states along with Australia, Bangladesh, Canada, China, India, Japan, North Korea, South Korea, Mongolia, New Zealand, Pakistan, Papua New Guinea, Russia, Sri Lanka, Timor-Leste, the US and the EU), deepened the regional commitment to the WPS agenda by encouraging the formation of a unit of experts and eminent persons to promote it. This followed the creation the year before of the ASEAN Women for Peace Registry (AWPR), which includes specialists from across Southeast Asia from different sectors – civil society, government, the armed forces and academia. The AWPR is a potent resource to stretch the understanding of WPS beyond its militaristic roots. Using economic security as a basis makes significant progress on the WPS agenda possible.

There are three policy prescriptions that allow the registry to advance the agenda, especially in the context of a regional action plan for WPS:

To focus on comprehensive gender security rather than an instrumental understanding of the WPS agenda: There needs to be a shift in the conventional understanding of women’s security. The WPS agenda needs to be relocated from being a state-centric (militaristic) concept and moved into the realms of economics, politics and the socio-cultural. It is in these spaces that we see the play of power relations that can create human – in particular, women’s – economic insecurities. It is also in these areas that we understand the nature of crises better and thus are better prepared for prevention, rather than just protection.

To adopt a rights-based approach to women’s security: Women’s security and women’s rights are not necessarily two distinct concepts. Women’s rights are human rights and if we align women’s security towards a human-rights framework, we are more likely to engage in wider conversations of women’s insecurities. The “Convention on the Elimination of All forms of Discrimination Against Women” (CEDAW) and its recommendations allow for drawing the WPS agenda into the intersecting spheres of security and human rights. All Southeast Asian nations have ratified CEDAW. This bolsters the need for a comprehensive security perspective and allows for the application of the transformative nature of the agenda that can help address economic insecurities. 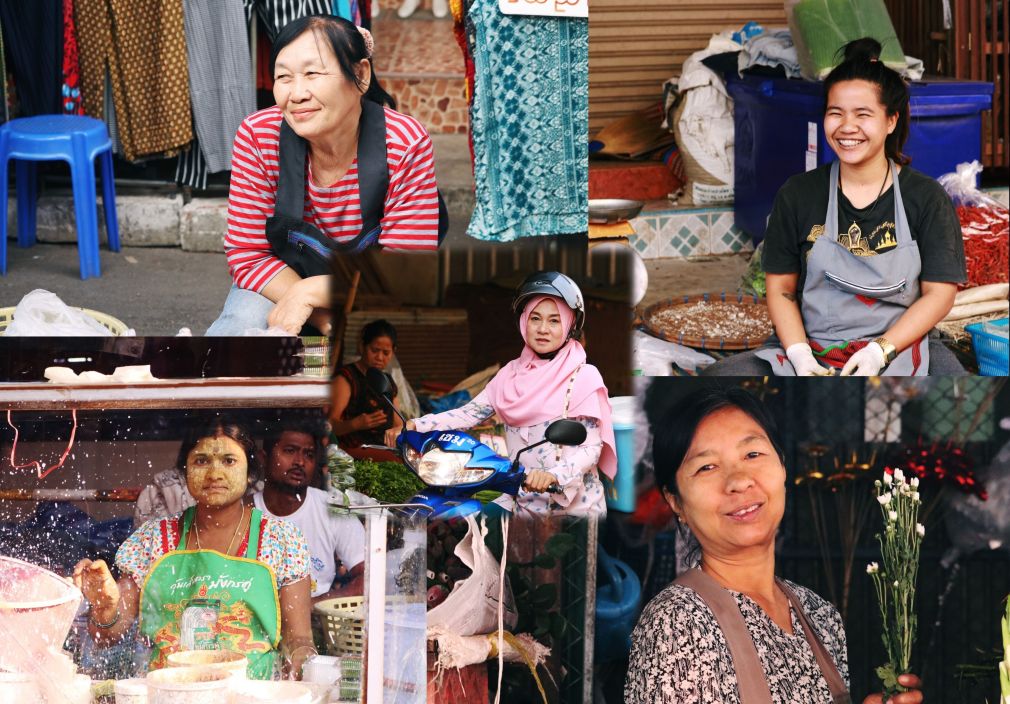 Making a living in Mae Sot, Thailand, near the border with Myanmar: Economic security for women is a key factor in ensuring sustainable peace (Credit: Younghwa Choi/UN Women)

Yet another important area is to focus on is women’s participation and feedback, especially in rebuilding efforts after crises situations such as a global pandemic or a financial downturn. After crises, the general pattern is to usually fall back to known and comfortable ways of acting and doing – and letting a crisis “go to waste” as an impetus for change for the better. The relief and recovery pillar of the WPS agenda is often overlooked in this way. But it is this pillar that is most pertinent to insecurities and inequalities faced by women simply because it speaks out of lived experiences, especially in the aftermath or at the tail end of an upheaval. Here is where all the other pillars can be strengthened, by the inclusion of women in policies aimed at rebuilding and restoring lives. This is especially so for the post-Covid-19 world.

ASEAN would benefit from the above prescriptions by not only looking at the WPS agenda from a dichotomous “conflict/peace” worldview, which seems to be the prescription for WPS adoption in the region and essentially entails adapting to a definition of the agenda that has been determined elsewhere. Perhaps a version of the agenda rooted in the region would make more sense, something that would resonate with the goals of societies in Southeast Asia. Sustainable peace and economic development are key areas of interest for ASEAN and highlighting the role of women in that would be the best way to move the WPS agenda forward in a meaningful way.

ASEAN Committee on Women (ACW); and the ASEAN Commission on the Promotion and Protection of the Rights of Women and Children (ACWC). (March 2021) ASEAN Regional Study on Women, Peace and Security, ASEAN Secretariat, Jakarta, Indonesia. 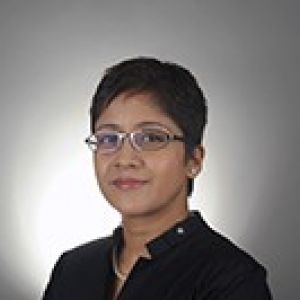 Tamara Nair is a research fellow at the Centre for Non-Traditional Security Studies of the S Rajaratnam School of International Studies (RSIS) at Nanyang Technological University (NTU) in Singapore. She is Singapore’s member of the ASEAN Women for Peace Register (AWPR).