A year after the military coup that toppled Aung San Suu Kyi from power in Myanmar, the junta continues to brutally suppress its opponents and remains isolated, even from its fellow ASEAN members. Vasuki Shastry of Chatham House writes that, despite what would seem to be the reluctance of Cambodia to assert its influence as ASEAN chair to press General Min Aung Hlaing to loosen his iron fist, Indonesia and its leader Joko Widodo could play an important role in brokering a deal with Naypyidaw. 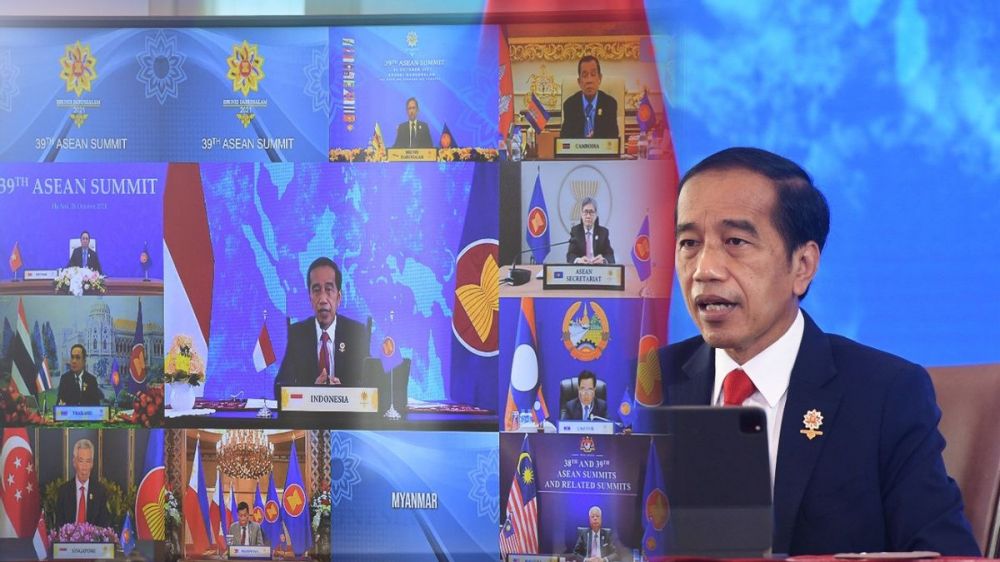 February 1 marks the first anniversary of the military coup in Myanmar which dislodged Aung San Suu Kyi and her democratically elected government. The year which has gone can be described by this pithy summary: a surfeit of special envoys, a shortage of concrete solutions, opposition in detention, thousands killed, and a brazen military junta.

General Min Aung Hlaing, since August 2021 nominally the country’s prime minister, must be aware that while his junta continues to rule Myanmar with an iron fist, some cracks are visible. The opposition-led National Unity Government (NUG) is regarded as a legitimate interlocutor by many in the international community. ASEAN, of which Myanmar is one of the organization’s 10 member states, could provide the general much needed recognition but is holding the line. 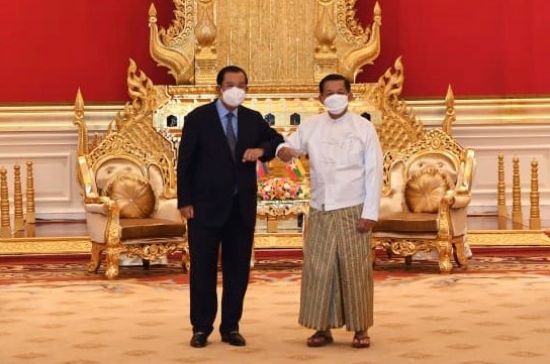 The recent visit to Naypyidaw by Hun Sen, the leader of Cambodia, this year’s ASEAN chair, sent mixed messages about the grouping’s intentions. Hun Sen is no champion of democracy, and Min Aung Hlaing must have initially regarded the visit as a sign that his Southeast Asian neighbors were coming to terms with his regime. Such hopes, however, were misplaced as the leaders of Indonesia and Singapore, made it clear that official recognition (and participation in meetings) was not on the table.

ASEAN was sticking by its five-point consensus (5PCs) on Myanmar which was agreed in April 2021 in response to the coup last year and calls for the immediate cessation of violence, “constructive dialogue” among the various parties, appointment of a special envoy to intercede on the organization’s behalf, a visit by the selected emissary, and facilitation of humanitarian assistance.

“Should there be no significant progress on the implementation of the 5PCs, Myanmar should only be represented by non-political level at ASEAN meetings,” President Joko Widodo of Indonesia tweeted on January 5, two days before Hun Sen’s arrival. Singapore Prime Minister Lee Hsien Loong publicly supported Jokowi’s position, telling his Cambodian counterpart on January 15 that any decision to change Myanmar’s participation in ASEAN events “had to be based on new facts”.

To date, the only tangible progress has been the appointments of a special envoy by successive ASEAN chairs, Brunei last year and Cambodia in 2022 (Hun Sen chose his foreign minister Prak Sokhonn), with the junta studiously ignoring repeated requests for the envoy to be provided access to Aung San Suu Kyi and other detained leaders. In a worrying sign of stalled ASEAN consensus reminiscent of the last time Phnom Penh held the chair in 2012, Cambodia postponed the regularly scheduled foreign minister’s meeting, attributing this to “the fact that it is difficult for many foreign ministers to travel to Cambodia”. The meetings could have proceeded virtually but Hun Sen is clearly smarting from the criticism by fellow leaders of his premature outreach to General Min Aung Hlaing. 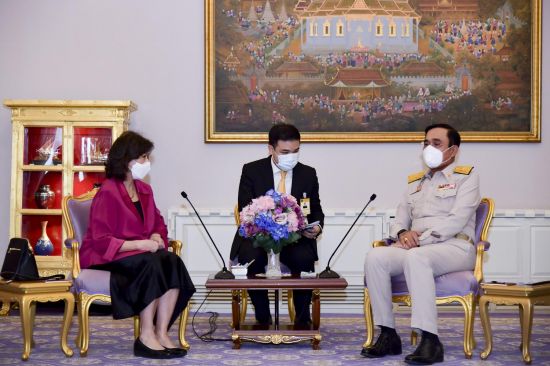 International efforts to get through to the junta have also stalled. The previous special envoy of the United Nations secretary general and now her successor have not been welcomed to Myanmar. Noeleen Heyzer, a Singaporean with long experience as a UN official, was appointed late last year; the junta responded by shutting down her office in Yangon. She embarked on a shuttle-diplomacy tour of Southeast Asian capitals (meetings to date have included Hun Sen and Thai Prime Minister Prayuth Chan-o-Cha, a retired army general and leader of the May 2014 coup in his country) with a top-line plea for ASEAN to facilitate political dialogue and the resume of humanitarian assistance. Tom Andrews, the UN’s special rapporteur on human rights, who has long standing ties with Suu Kyi and her supporters, has also been denied access.

For the moment, Min Aung Hlaing is completely dependent on the goodwill of Russia and China for international support. America and Europe have responded by imposing fresh sanctions against the Myanmar leader and his cronies, likely to have limited impact given the Army’s long-standing experience in navigating global restrictions.

While there is plenty of international outrage against the junta, what is hurting Myanmar’s opposition is the absence of a powerful symbol of protest who could help raise international awareness and put pressure in Washington and other Western capitals on governments to act. In the past, that symbol was Nobel Peace Prize laureate Aung San Suu Kyi, who had been widely regarded as an icon of democracy until she shredded her reputation by tacitly supporting the Myanmar military’s brutal suppression of the Rohingya in 2016. 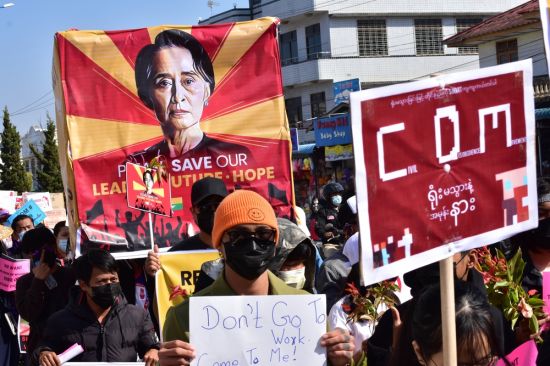 On the streets in Nyaungshwe, Myanmar, February 10, 2021: Popular protests against military rule and in support of Aung San Suu Kyi suggest that a democratic future is possible (Credit: R Bociaga / Shutterstock.com)

While there is some sympathy for Suu Kyi’s personal predicament – she has been held incommunicado since the coup and has faced a battery of ridiculous charges (importing walkie talkies, violating Covid-19 protocols, amongst others) – it is obvious that any future political settlement will have to involve a new generation of leaders currently heading the NUG. In keeping her in prison for the next four or five years and barring her from politics for life, the junta is hoping to defenestrate The Lady from the public imagination. Fortunately for Myanmar, the younger generation is fiercely committed to democratic values, as has been so vividly demonstrated by the thousands of brave protestors who lost their lives last year. It is possible to glimpse a post-Min Aung Hlaing democratic future for Myanmar.

This is where ASEAN, in particular Indonesia’s Jokowi, can play a determining role in shaping political outcomes. There is a back story to successive Myanmar leaders’ (military or otherwise) fascination with Indonesia’s political system. During the strongman rule of Suharto from 1967 to 1998, the Myanmar junta regarded the Indonesian military’s dwifungsi (or dual function in defending the country and in having a role in politics) as a template for their own hold over their nation.

More recently, leading lights of the National League for Democracy (NLD), Suu Kyi’s political party, have studied Indonesia’s democratic transformation since 1998 as a model to build sustainable growth. Jokowi is serving his second and final term in office. He could cement his legacy by recasting Indonesia’s traditional “big brother” role as unassuming leader of ASEAN. On Myanmar, the stars are aligned as other core members including Singapore, Malaysia and the Philippines have resolutely supported the 5PCs and are likely to back any initiative by Jakarta to bring about a peaceful settlement. The odds are formidable. Cambodia, which in effect is a China proxy, would likely block any serious ASEAN effort this year aimed at dismantling the status quo in Myanmar. A symbolic gesture from Indonesia, in offering to host the NUG in Jakarta, for example, would send General Min a powerful signal that ASEAN’s largest members will not look the other way as the country continues to burn.