While Indonesia has underperformed in dealing with the pandemic as a public health crisis, the government has dealt relatively well with the economic fallout, writes Vasuki Shastry of Chatham House. But Covid-19 has political dimensions as well and the country may be better served if President Joko Widodo signals a commitment to democracy by not running for a third term. 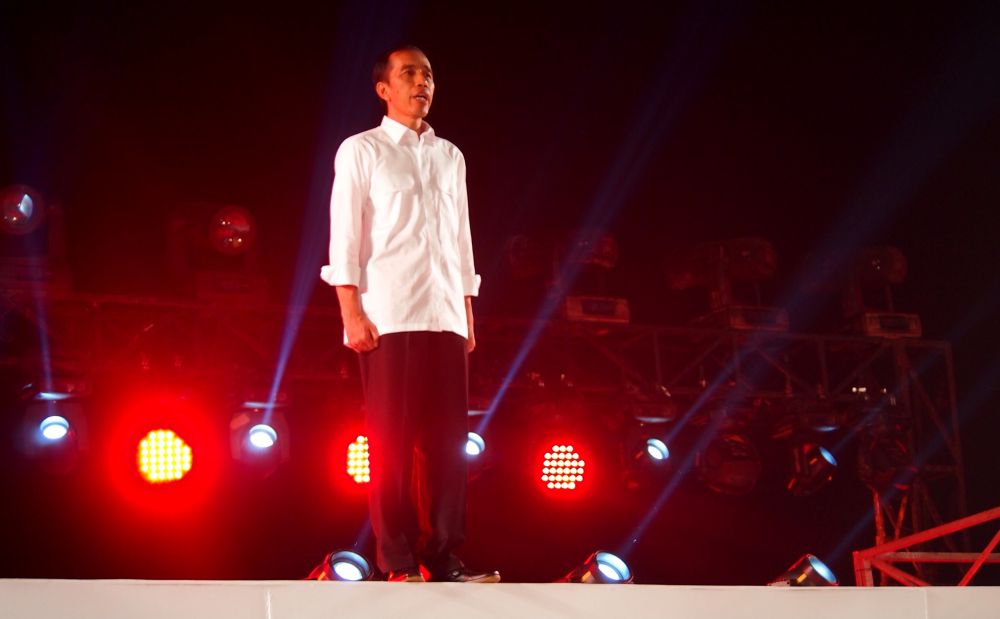 In the spotlight: President Joko Widodo was the fresh face of Indonesian democracy when he stood tall at his first inauguration in October 2014 (Credit: Kreshna Aditya)

As major parts of Indonesia go into lockdown due to a second deadly wave of the pandemic, the question must be asked: Why have developing Asia’s democracies struggled to contain the pandemic and ramp up vaccinations?

Indonesia’s plight is mirrored on a more dramatic scale in India, which is emerging from its worst-ever national crisis since independence. That country’s medical system was under extreme stress and shortages of ventilators and oxygen cylinders became a metaphor for a country on life support.

A similar fate has befallen the Philippines, another democracy but ruled strongman-style by President Rodrigo Duterte with bluster, a harsh stance on law and order, exaggerated claims, and tough treatment of the media. To paraphrase Leo Tolstoy, all Asian democracies may resemble one another but each unhappy democracy is unhappy in its own way. There are exceptions to this rule of course since Taiwan and South Korea have managed the pandemic fairly well, though they have had their own spikes.

Indonesia is the biggest country in Southeast Asia and has over the years since authoritarian rule collapsed in 1998 emerged as a seemingly robust democracy ruled by a succession of duly elected presidents. As such, how the country under President Joko Widodo, known as Jokowi, has fared during the pandemic may be viewed as a test of the effectiveness of a democratic government in handling a major crisis. 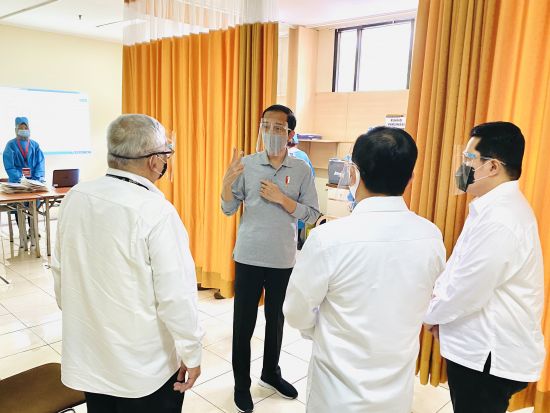 The president and his administration have not gotten high marks. Since the pandemic erupted in early 2020, Indonesia has consistently struggled in containing the public health impact. A fundamental problem appears to be lack of leadership and direction, a problem also faced by India and the Philippines. Jokowi sought to remain above the fray and initially ceded day-to-day management of the pandemic to a seriously ill-equipped health ministry. When it became obvious that the health mandarins were exacerbating the crisis by issuing confusing national directives, Jokowi turned to his trusted lieutenant, Luhut Binsar Pandjaitan, a former general who is formally the coordinating minister for maritime affairs and investment but has emerged as the president’s go-to man in an emergency. The local media have dubbed him the de facto prime minister.

In recent days, it is Luhut who has stepped in to talk about the lack of oxygen supplies and has declared that the new surge was “under control”. This contradicted his boss’s assertion a few days earlier that the situation was “developing very fast”. With infections, particularly cases of the Delta variant, on the rise, on July 1, the government announced a lockdown on Java and Bali to last for at least 18 days.

To be fair, Indonesia has managed the economic impact of the pandemic rather better than the public-health emergency, in contrast to India which has mismanaged both. This is probably because Indonesian finance ministry and central bank technocrats are seasoned crisis fighters, with many of them cutting their teeth in managing through the financial and political crisis in 1998. 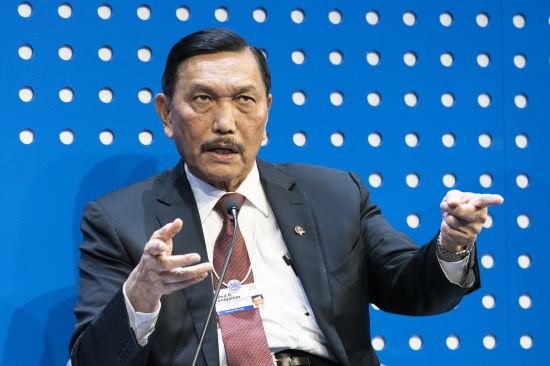 There is, however, no substitute for leadership and tone setting from the top. It is indeed a puzzle that at a moment of a grave humanitarian crisis, Jokowi has been distancing himself from the unfolding tragedy and allowing his cabinet to take a higher profile. In this, he appears to be emulating the approach of Indian Prime Minister Narendra Modi, who vanished from public view during the most difficult period of the second wave in April and May this year.

There is a world of a difference of course between India and Indonesia in terms of Covid-19 caseloads and deaths. The latest data for India shows 30 million cases and more than 400,000 deaths, compared with a more modest caseload – even after adjusting for differences in population – for Indonesia of 2.3 million cases and around 60,000 deaths. Both India and Indonesia have a huge demographic youth bulge, which perhaps explains the relatively low fatalities compared with more developed nations.

At the same time, Asian democracies are a work in progress and need to be nurtured by their leaders, particularly during a national calamity. Modi and Jokowi, however, appear to be drawing a different political lesson from their respective crisis and have been content to delegate crisis management to cabinet ministers.

Jokowi could perhaps a lesson from his predecessor, Susilo Bambang Yudhoyono, who was in charge when the deadly tsunami devastated parts of Indonesia and the rest of Asia. Within 10 days of that calamity, Yudhoyono convened an international conference in Jakarta, with several heads of state and multilateral institutions in attendance, to coordinate the humanitarian response to that tragedy. 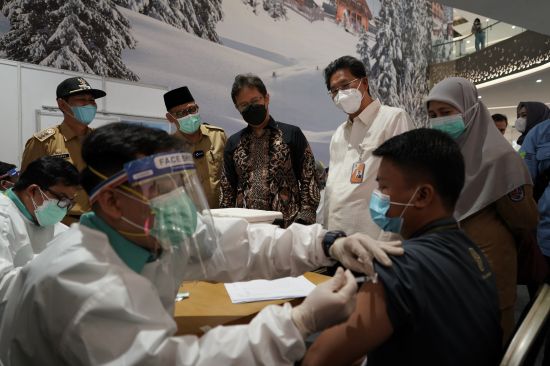 The comparison might be unfair because of the severely different global context in which countries like Indonesia and India currently find themselves. Although global cooperation has nominally made a return with the arrival of new US leadership, the supply of vaccines is severely constrained and the recent G7 pledge to donate 100 million doses to the rest of the world by the end of the year pales in comparison with the global need. Indonesia, for example, has vaccinated only about 4 percent of its population of 260 million. The 4 million doses the Biden administration pledged to Jakarta last week is a welcome step but nowhere close to meeting national demand.

Jokowi must be feeling wistful and even angry that his second presidential term has been undermined by a global pandemic. His ambitious economic reform plans, of which there were few in his first term, have certainly suffered a setback. The president of course is not alone in feeling this way, as his peers worldwide have had to recalibrate policy priorities.

In Indonesia’s case, despite Jokowi’s hands-off management style during the pandemic, there are murmurs and even open expressions of support from a few prominent figures for him to run for a third five-year term, which he could only do if there were a change to the Constitution. The limit was the centrepiece of Indonesia’s hard-won democratic freedoms in the aftermath of the fall of Suharto. Any attempt to dismantle the cap could seriously undermine the country’s nascent democracy.

While Jokowi himself ruled out a third term in March this year, the campaign for him to be allowed to carry on is still gaining momentum. It all seems reminiscent of 1998 when supporters of Suharto who applauded his re-election in March that year turned up at the weakened dictator’s house a few weeks later to call on him to go.

Indonesia’s democracy has not yet developed as solid an institutional foundation as the four presidential transitions since Suharto might suggest. The nation has come too far on its journey of democratization to slide back and discard constitutional safeguards because one man is so idolized by certain elites. In recent years, there has been a rollback of democracy in member states where political openness had appeared to be on the rise, including the Philippines, Thailand, Malaysia and Myanmar. Indonesia could follow them down that treacherous path – or it could stay on the track it has been on for 23 years now.

Jokowi can secure his place in Indonesian history by dealing squarely and publicly with the pandemic and in resolutely asserting that he will step down, as the law requires him to, when his second term expires in 2024. The question is: Will the president behave like just another politician or be the statesman his country needs?