Covid-19 and ASEAN Cooperation: The State of Play and Ways Forward

The Association of Southeast Asian Nations was quick to present a united front as the coronavirus pandemic began to wreak havoc on regional economies, writes Kaewkamol Karen Pitakdumrongkit of the S Rajaratnam School of International Studies at Nanyang Technological University in Singapore. Apart from collaboration in health and medicine, however, the 10 members have been inconsistent – even confrontational – in matters where cooperation would be the best course of action. 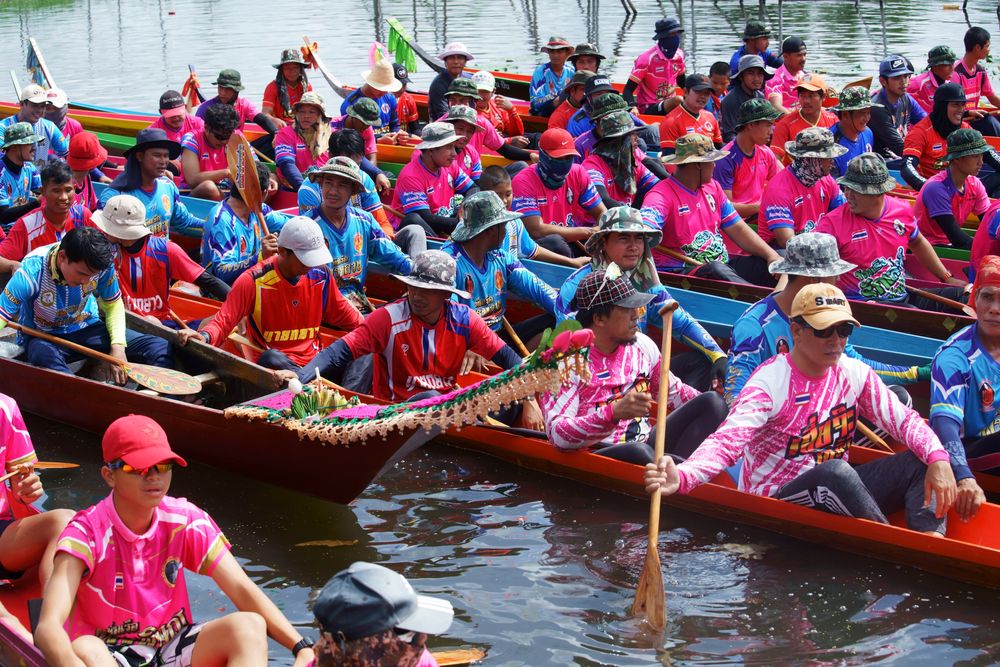 Long boat racing goes ahead in Nakhon Nayok, October 4: While Thailand and other countries have kept the virus under control, there are no immediate prospects of a travel bubble across the region (Credit: sakhorn / Shutterstock.com)

The Covid-19 pandemic has posed unprecedented challenges to all economies alike. Southeast Asia is no exception. It has not only disrupted transnational supply chains and raised the probability of international financial instability but also curbed regional growth prospects. According to the Oxford Economics’ Global Economic Outlook Report published in August, Southeast Asia’s gross domestic product in 2020 is expected to contract by 4.2 percent. Covid-19 has also led to mass unemployment with the predicted rate as high as 25 percent in some countries. Vulnerable groups such as women, informal workers, and digital ‘have-nots’ will be hit hardest, fueling socioeconomic inequalities and tensions within societies.

ASEAN cooperation in the Covid-19 era

In the face of the pandemic, member states of the Association of Southeast Asian Nations (ASEAN) were quick to come together. Health ministers convened in late January. This was followed by gatherings of the agriculture and forestry, economy, labor and tourism ministers.

In April, heads of government endorsed the “Declaration of the Special ASEAN Summit on Coronavirus Disease 2019 (Covid-19)” which declared that members “remain united and vigilant against Covid-19 and commit to work closely with the WHO [World Health Organization], ASEAN’s external partners and the international community to suppress the spread of the pandemic, protect people’s lives and livelihoods, maintain socio-economic stability while sustaining ASEAN Community building momentum for sustainable development, inclusive growth and leaving no one behind.”

Two months later, they issued the “ASEAN Leaders’ Vision Statement on A Cohesive and Responsive ASEAN” which asserted that the governments will collectively make regional economies sustainable and less vulnerable to future shocks, stabilize regional supply chains, and work towards expedited recovery of their economies.

Strong statements of solidarity, to be sure. Yet a closer look reveals that regional cooperation during the pandemic has been inconsistent. While ASEAN member states were swift to collaborate on health and medicine, there has been less cooperation in other realms such as travel, the movement of labor, and trade. Covid-19 triggered a sense of urgency to address health issues, as well as a realization that health and economy are intertwined. This resulted in collective efforts such as the first meeting of the ASEAN Coordinating Council Working Group on Public Health Emergencies, which was held virtually in March. Participants pledged to exchange information and experiences and ensure the safety of medical staff.

In April, the Special ASEAN Summit on Covid-19 endorsed the establishment of the Covid-19 Response Fund aimed at financing the purchase of necessary medical equipment. Moreover, all ASEAN nations agreed to participate in the ASEAN Plus Three reserve of essential medical supplies. Also mobilized were the ASEAN Emergency Operations Center (EOC) Network for Public Health Emergencies, the ASEAN BioDiaspora Virtual Center (ABVC), the ASEAN Risk Assessment and Risk Communication Center, and other collaborative research initiatives. 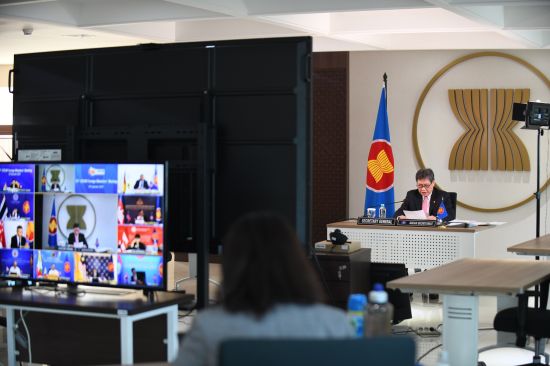 Yet member states have dragged their feet over opening borders. A major policy debate surrounding the resumption of international travel centers on when and how to reopen borders and relax travel restrictions. Restoring region-wide international travel after months of closures, however, is daunting because different states are at different stages of the pandemic. Thus, policymakers must carefully weigh the benefits (e.g. income earned from receiving foreign visitors) and costs (e.g. the risk of another outbreak). Collaboration has largely been through bilateral agreements such as the Singapore-Malaysia and Singapore-Brunei Reciprocal Green Lanes (RGLs). These deals permit short-term essential business and official trips of up to 14 days. Even though Cambodia, Laos, Thailand and Vietnam have kept the virus under control, there is no sign of a four-nation agreement allowing certain kinds of international travel among those ASEAN members.

The closing of borders has interrupted the flow of labor across Southeast Asia. Despite the region having about 10 million migrant workers, multilateral collaboration in this area is lacking. International labor movement arrangements tend to be bilateral as they largely depend on the mutual interests of source and host nations. One example is the Singapore-Malaysia Periodic Commuting Agreement, which permits work travel between the two nations via the land border crossings at the Johor-Singapore Causeway and Malaysia-Singapore Second Link.

As far as trade is concerned, ASEAN as a grouping pledged to refrain from protectionism. At the ASEAN Economic Ministers’ Retreat in March, the members agreed to “remain committed in keeping the ASEAN market open for trade and investment.” In August, at the ASEAN Economic Ministers’ Meeting, the governments planned to work towards sustaining market access, fostering supply chains as well as abolishing trade barriers. Despite such aspirations, evidence reveals that regional states have enacted 14 restrictive trade measures since March, with 11 of them curtailing exports. For example, Malaysia imposed export bans on personal protective equipment. Cambodia and Vietnam curbed rice exports, moves which could have increased the risk of a global food crisis. While some of these restrictions were later lifted, these incidents are a reminder that governments face the inherent tension between enjoying the benefits of participating in an open trading system and safeguarding domestic interests.

Using the health and medical initiatives as a template, ASEAN governments could ramp up their collaboration. Besides joining Covid-19 Vaccines Global Access (COVAX), an international scheme striving to provide equitable access to safe and effective vaccines, the member states should create mechanisms at the regional level to increase further the likelihood that the vaccines would reach the whole ASEAN population. These could include initiatives aimed at transforming the region into a hub of vaccine production and distribution, or establishing a multilateral fund to purchase the doses in advance and distribute them across the region.

Southeast Asian governments should resume international tourism by creating and incrementally expanding the travel bubbles within the region. As intra-ASEAN trips accounted for more than 40 percent of all visits in the region in 2019, doing so would help restore the hard-hit tourism industry. While this is easier said than done, ASEAN can start by setting rules facilitating the establishment of the bubbles such as coming up with a commonly agreed definition of Covid-19 free travelers.

Bilateral labor arrangements are unlikely to change, but host governments should explain more clearly to their public why they need foreign employees. Doing so would address concerns about migrant workers stealing jobs from locals, which fuels xenophobia and racism and erodes social cohesion.

Trade remains problematic: Non-tariff barriers (NTBs) erected within the region soared from about 2,000 in 2015 to 9,000 in 2019. The global pandemic has heightened the desire by governments to boost employment and keep domestic businesses afloat, which may subsequently tempt them to implement more NTBs and industrial policies that distort trade flows. There is room to reverse this trend, however. ASEAN states should encourage each other to embrace an open system by reminding themselves that regional economies have thrived on transnational production networks. Also, fostering and deepening international supply chains will enhance economic resiliency. Having alternative networks would increase the chances of sustaining production even when some parts of the chains are interrupted by unforeseen events.

None of these recommendations can be implemented if political will is lacking. The ASEAN cooperation and integration model is different from that of the European Union (EU). The latter relies on supranational bodies (e.g. the European Parliament and the European Commission) with the authority to make rules or negotiate on behalf of the EU member nations. In contrast, the ASEAN model hinges on a set of principles governing conduct and cooperation, such as respect of national sovereignty and non-interference in the domestic affairs of others. As a result, ASEAN cooperation is largely driven by the political will and commitments of individual nations. Covid-19 has left ASEAN at a crisis crossroads. Going forward, the collective policies that the governments will enact will play a critical role in shaping the future of regional cooperation. The question is whether the 10 member states will seize the opportunity to deepen integration and further pool their competitive advantages and resources – or post-pandemic, they simply revert to business as usual. 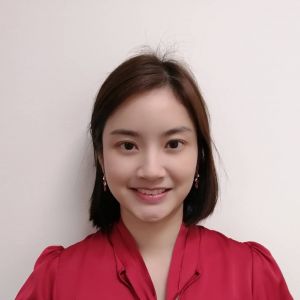 Kaewkamol Karen Pitakdumrongkit is assistant professor and deputy head of the Centre for Multilateralism Studies at the S Rajaratnam School of International Studies (RSIS) of Nanyang Technological University (NTU) in Singapore.