Covid-19 and the Global Food Supply

As the Covid-19 pandemic continues, a global food crisis looms large, argues Zhang Hongzhou of Nanyang Technological University in Singapore. While many food-importing countries must resort to boosting domestic food production, withdrawing from global trade will not be the answer to promoting food security. 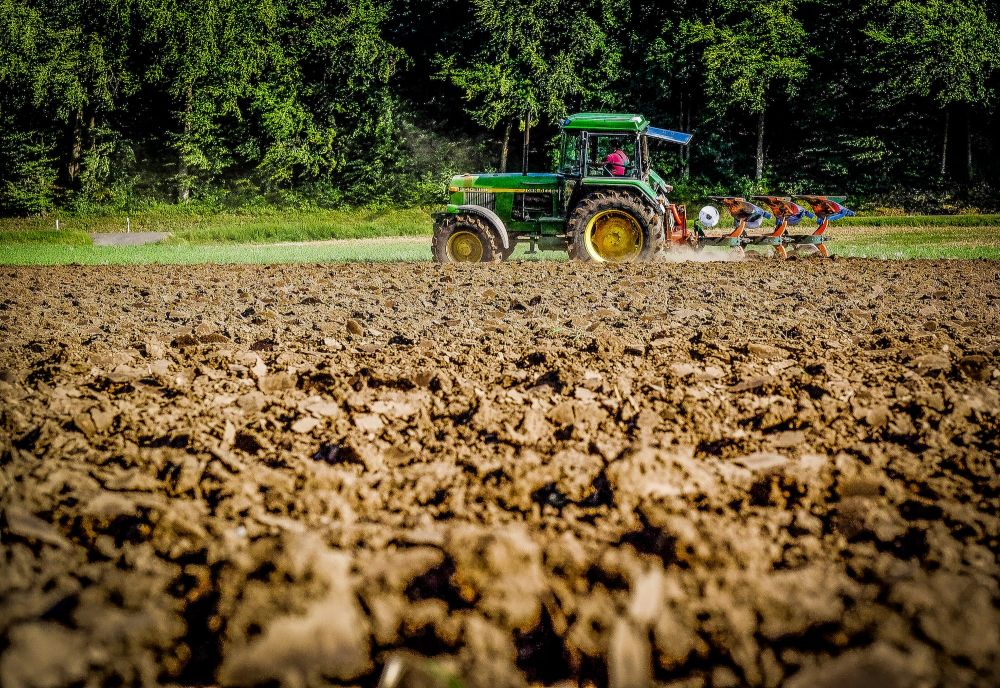 Food security begins at home:  Countries are realizing the importance of domestic production and self-reliance and the need to plow more capital into the agricultural sector (Credit: Matthias Ripp/PxHere)

As Covid-19 continues to spread, disruption in agricultural labor availability and negative impacts on entire food supply chains have prompted widespread fears of food insecurity. For instance, the shutdown of meat processing plants in the United States caused concerns of a meat shortage. Worse, after bans or restrictions on exports by some of the major food-producing countries such as Vietnam, Cambodia, Russia and Kazakhstan, the Food and Agriculture Organization (FAO) of the United Nations warned of a looming global crisis. Amid the unprecedented global public-health pandemic and the possibility of major disruptions in food supplies, many countries are questioning the state of the world’s food governance system and the viability of trade-based food-security strategies.

Global food governance is often analyzed through the lens of the food regime, which has been widely adopted by industry experts to understand how systems for the production, distribution and consumption of food are integrated in a manner that both reflects and supports global cycles of capital accumulation. In the food regime literature, there is general agreement that over the past 150 years three distinct food regimes emerged. The first – from the 1870s to the Second World War – was dominated by the United Kingdom. The second was the US-centered food regime that existed from the Second World War to the global food crisis in the 1970s. The third and current regime, often dubbed the corporate food regime, developed in the 1970s and 1980s

China is an example. Some agrarian scholars have criticized the country for sacrificing its agricultural sector for WTO membership. The country’s considerable compromises in reducing its overall agricultural tariffs and domestic agricultural support level undermined the competitiveness of its agriculture, in particular the grain sector. After joining the WTO, China quickly turned from a net grain exporter to the world’s largest grain importer.

Nevertheless, from the perspective of the overall food security, agricultural trade liberalization brought far more benefits to China. First, cheap and diverse agricultural imports from the international market helped to enrich the Chinese diet and contain inflation while growing exports of labor-intensive cash crops boosted Chinese farmers’ income. Second, by importing soybean and other non-staple food products, China was able to concentrate its limited arable land in producing rice, wheat and corn, which are of strategic importance to the country’s food security. Third, as one of the highly water-stressed countries in the world, imports of water-intensive crops have enabled China to conserve its water supply.

But the negative impacts of the corporate food regime should not be overlooked.

First, the state’s ability to regulate agricultural and food sectors has been gradually weakened with the ever-deeper integration of international food markets and global food sourcing. As such, the locus of control for food security has shifted away from the nation-state to the world market. With the growing trend of the extension and commodification of food chains and the separation of production from consumption, food and agricultural policy-setting power has moved from food importers to multinational agribusinesses, leading food exporters, and the WTO. This shift, while generating an unprecedented flow of cheap and diverse agricultural and food products, has heightened the vulnerability of the current food system, posing considerable risks to food-importing countries. Trade restrictions and price volatility in global food markets threatens food security, especially in developing countries.

Second, the massive subsidies that developed economies give to their farmers resulted in overproduction, which in turn endangered the livelihood of farmers in developing countries. As the current policies shaped by the WTO are generally not supportive of small-scale farmers in developing countries, many poor farmers have yet to benefit from opportunities that access to international markets presents for some.

Third, until recently most international agricultural trade negotiations had prioritized expanding market access for the major food exporters such as the US, mainly by pushing developing countries to open their highly protected domestic agricultural and food markets. Regulating the policies and behaviors of those food-exporting countries has received little attention, however. As a result, the current regulations and rules on global agricultural and food trade are biased towards protecting the interests of those food exporters. This brings huge risks to the food-importing countries. Banning or restricting exports was one of the main reasons for the global food crisis in 2007-08.

Amid the current Covid-19 pandemic, similar action could trigger a new crisis.

The rise of the food sovereignty movement

As the concerns over the negative impacts of the corporate food regime rose, other forms of food governance principles have been advanced as alternatives. Among these, the concept of food sovereignty has been most influential. La Vía Campesina, an international farmers’ organization founded in Belgium but now headquartered in Harare, Zimbabwe, defines food sovereignty as “the right of each nation or region to maintain and develop their capacity to produce basic food crops with corresponding productive and cultural diversity.”

One key objective of the food sovereignty movement is to prevent depeasantization, which resulted from the flood of the cheap ”food from nowhere" under the corporate food regime. Although many consider depeasantization as a precondition for economic modernization, advocates of food sovereignty see it as a cause of the social and ecological crisis in the rural areas.

Food sovereignty is also aimed at reversing the growing dependency on global food markets. In the past, advocates of food sovereignty focused on increasing the self-sufficiency rate of the staple. The overarching theme of the contemporary food sovereignty literature is, however, a grand shift away from large-scale commercial agricultural production and food processing to smaller and much more localized food systems. 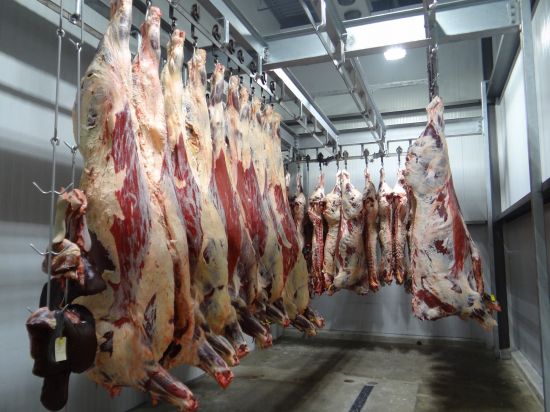 Meeting the need for protein: Shutdowns of processing plants due to the coronavirus raised fears of a meat shortage in the US (Credit: PxHere)

In short, the food sovereignty movement focuses on creating a local food economy to replace trade-driven global food markets and the policies that enable them. In recent years, its advocates have hailed food sovereignty not only for its "transformative potential" but also as the only way to avert a long-term food crisis.

The Covid-19 pandemic has exposed some of the deep-rooted weaknesses of the current corporate food regime and the risks associated with a liberal food-security strategy. As such, countries around the world have realized the importance of domestic production and self-reliance in safeguarding food security. Some began to advocate that ”the solution to food insecurity is food sovereignty”.

But simply withdrawing from global trade is not the answer.

A study published in Nature finds that local food production can only meet the demand for less than one-third of the population. For many food-importing countries such as China and Japan, domestic production alone will never be enough. Furthermore, due to the globalization of food diets and resource and climate constraints, most countries might not be able to produce all the diverse food items that their people consume, though a certain level of domestic production should be encouraged and maintained. Southeast Asia’s tropical climate limits wheat production. Yet increasing urbanization and changes in dietary habits of consumers in Indonesia, Malaysia and Singapore have led to a rising demand for wheat, which can only be met through imports. In 2019, Southeast Asia became the leading wheat importing region in the world, and imports are projected to rise further as demand increases.

To be sure, the underlying risks associated with the trade-based food-security strategy and the inherent weaknesses of the corporate food regime need to be urgently addressed so as to avert a food crisis at both national and global levels. Rather than take on the massive task of reconstructing current food systems, countries need to focus on improving and strengthening global food trade and the global food regime to better safeguard food security for all.

At the societal level, special attention needs to be given to the food security of the disadvantaged groups, including the poor, vulnerable and displaced people. The best way to safeguard food security for the rural resident is to revitalize agricultural and food sectors. Meanwhile, in the cities, governments at all levels should work together to establish an appropriate social-protection network for urban disadvantaged groups to guarantee their access to affordable, safe and nutritious food.

At the national level, while more capital flow should be directed into the agricultural sector to boost domestic food production, efforts are also needed to strengthen the resilience of external food supplies. Food-importing countries need to pursue a strategy of diversification to minimize food-supply risks.

Finally, at the international level, global agricultural cooperation, particularly in research and development, should be a priority. Also, global and regional food-reserve systems need to established and improved. For example, given the critical role of rice to food security in East Asia, the capacity and effectiveness of the ASEAN-Plus-Three Emergency Rice Reserve (APTERR) should be improved by providing more financial support and better coordination among member states. 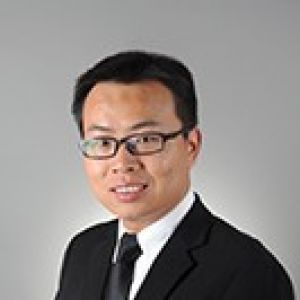 Zhang Hongzhou is a research fellow with the China Programme at the S Rajaratnam School of International Studies (RSIS) at Nanyang Technological University (NTU) in Singapore. His main research interests include regional and global resources conflicts and governance, game theory, discourse analysis and emerging technologies. He is the author or editor of three books including Securing the “Rice Bowl”: China and Global Food Security (2018), China and Transboundary Water Politics in Asia (2017), and China’s Global Quest for Resources: Energy, Food and Water (2016).