Twenty years ago, Southeast Asian nations and three dialogue partners – China, Japan and South Korea – launched the Chiang Mai Initiative (CMI) to act as a safety net to help countries manage short-term liquidity crunches and avoid having to rely on the International Monetary Fund (IMF) for assistance. Even in the throes of the Covid-19 crisis, the mechanism has gone unused. Vasuki Shastry of Chatham House, who served as a senior official at the IMF, argues that the purpose of the CMI should be renewed and deploying it would be a step towards ASEAN regional financial integration. 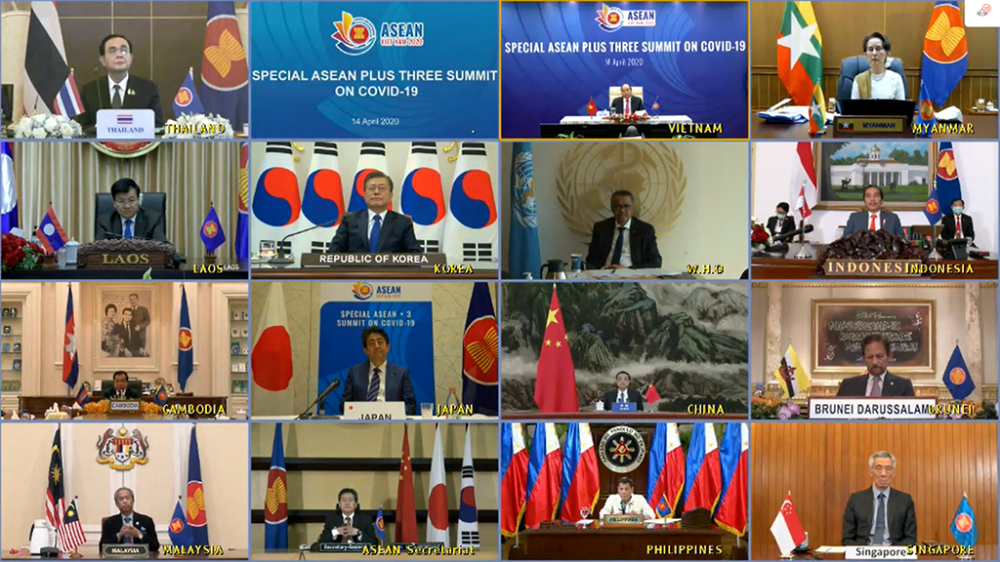 In May 2000, just as the region was emerging from the Asian financial crisis, policymakers from the Association of South East Asian Nations (ASEAN) and their dialogue partners China (including Hong Kong), Japan and Korea (ASEAN-plus-three, in the parlance) launched a bilateral foreign currency swap arrangement worth US$120 billion, which was named the Chiang Mai Initiative (CMI), after the location in Thailand where the meeting was held. This was a bold move – and the CMI was regarded as the building block for a future Asian Monetary Fund (AMF), a home-grown alternative to the multilateral International Monetary Fund (IMF), whose brand in Asia was toxic in the late 1990s because of controversial policy prescriptions to countries badly affected by the crisis.

The swap arrangement was multilateralized in 2012 (Chiang Mai Initiative Multilateralization, or CMIM) to a total size of US$240 billion. Two decades on and multiple global crises in between, Covid-19 being only the latest, a reasonable question to ask is: Why have ASEAN members not initiated the CMIM, despite facing economic stress and periodic shortfalls of dollars? Put the question another way: If the regional safety net is not deployed during this extraordinary global crisis, then when might it be used?

During the Special ASEAN Plus Three Summit on Covid-19 on April 14, Chinese Premier Li Keqiang offered lukewarm support, noting that “mechanisms such as the CMIM need to be fully leveraged” to enhance crisis preparedness. Indeed, while a full-blown crisis is raging now, ASEAN policymakers appear to be pursuing what could be described as an anything-but-Chiang-Mai approach to addressing the short-term economic challenges. It is as if firemen were reluctant to roll out their fire engine to fight the biggest blaze ever in the neighborhood.

The reasons for this reticence are complex and worth unpacking.

As a start, the design of the CMIM is fully aligned with the strategic objectives and financial support provided to countries in distress by the IMF. Once a CMIM member initiates the swap, anything above 30 percent of its entitlement automatically triggers the need for an IMF program. This places many middle-income ASEAN members (Malaysia, Thailand, Indonesia and even the Philippines) in a bind. Accessing less than 30 percent of their entitlement is likely to be too small for their financing needs and anything above that limit puts them in the uncomfortable embrace of the IMF.

It is not surprising then that low-income ASEAN countries have shied away from an IMF program, although Myanmar is breaking the mold by seeking US$700 million in loans from the IMF to cover budget shortfalls that have resulted from spending on public health, social welfare and economic recovery from the pandemic. Notwithstanding great strides made by the IMF in recent years to reform its policies and approach, being in the thrall of the multilateral institution still carries a stigma in the region. (Recall the experiences of Indonesia, South Korea and Thailand during the Asian financial crisis.)

This breach has been filled somewhat by the US Federal Reserve, which during Covid-19 has offered developed Asian central banks (Japan, Korea and Singapore) with much needed access to dollars, the world’s reserve currency, and also expanded access to other central banks in the region which are now able to access scarce dollars by swapping their holdings of US Treasuries as collateral.

Given ASEAN’s openness to trade and investment, both under pressure during the current crisis, the ability of central banks in the region to access dollars via the Fed is perhaps more palatable than knocking on the door of the IMF. There is an important distinction in the mandate of the Fed and the IMF, of course. The former is only able to offer a short-term palliative by way of dollars. A full-blown financial crisis will still require the intervention of the IMF, a road that countries in the region would like to avoid at all costs.

The initiation of the CMIM is also caught up in regional politics by way of competition between China and Japan for regional supremacy. By any yardstick, China appears to have an advantage over Japan because of its growing size and economic influence within ASEAN. It was Japanese bureaucrats in the Ministry of Finance and Bank of Japan who were the original architects of the CMI, the putative AMF, and Tokyo must resent Beijing’s clout.

To counter the influence of the dollar, China has also encouraged the use of the renminbi (RMB) in trade transactions and has signed bilateral currency swap arrangements (separate from the CMI) with 35 central banks globally, including several from ASEAN. Although the renminbi is not fully convertible, a major hurdle preventing it from becoming a true reserve currency, Beijing is hoping to draw a sizeable number of nations in Asia into its sphere of economic influence and reduce the dependence of the dollar. This potentially places China in direct conflict with the purpose of the CMIM, or at a minimum dilutes the role and objectives of the multilateral swap arrangement.

In a future crisis, will an ASEAN central banker find it easier to access RMB via a bilateral swap arrangement with the People’s Bank of China, or take a more circuitous and politically perilous route via the CMIM and the IMF?

ASEAN policymakers need to address these ambiguities if they want their regional safety net to operate effectively. One way of achieving this is by accelerating regional financial integration (RFI). Since its inception, ASEAN has taken commendable steps in reducing barriers and in positioning the grouping as one of the world’s most dynamic trade blocs. Replicating this in financial integration is proving to be more difficult not least because ASEAN members are at different stages of economic development – with advanced Singapore at one end of the spectrum and low-income Myanmar, Laos and Cambodia on the other.

Reconciling the conflicting financial policy objectives was never going to be easy but ASEAN leaders have at least begun to shape an ASEAN Economic Community (AEC) where the centrepiece is supposed to be regional financial integration. Over the long term, the effectiveness and utility of a regional safety net like the CMIM will be considerably enhanced if ASEAN members take the difficult step of integrating their financial sectors and capital markets, and in figuring out innovative ways of financing regional infrastructure.

For now, the CMIM’s objectives appear frozen in a different era – in the policy missteps and bad memories of the Asian financial crisis over two decades ago. Refreshing the CMIM’s purpose and bringing it closer to the ASEAN vision of a true economic community will go a long way in answering the prickly question of why the swap arrangement has never been used.