In early January, the president of Kazakhstan, Kassym-Jomart Tokayev, called on Russia and other member states of the Collective Security Treaty Organization to help quell riots in the country. Amid fears that the move has given Moscow an opportunity to reassert its influence in the region, 2020/21 AsiaGlobal Fellow Madina Ashilova, who is based in the Almaty, Kazakhstan’s largest city, reflects on her experiences during the unrest and explains why Tokayev made the right decision. 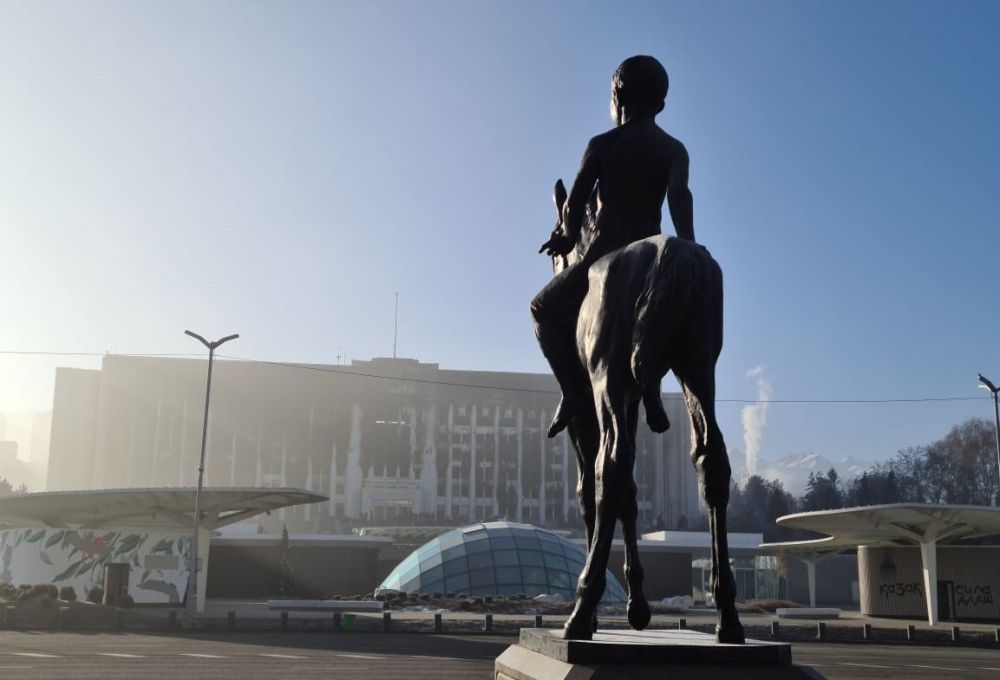 Burned-out Almaty mayor’s office, January 10, 2022: Protests were sparked by increases in the prices of fuel and other essentials (Credit: Madina Ashilova)

Almaty rang in 2022 without fireworks – the Akimat (mayor's office) prohibited their use to prevent mass gatherings amid the Covid-19 pandemic. We had yet to find out what constituted a “mass gathering”. Residents are not afraid of the virus anymore. Despite the prohibitions, they celebrated the New Year loudly and without fear in the country’s trading and cultural capital, about 360 kilometers west of the border with China.

Like the calm before the storm, on January 1, everything fell silent. The next day, we heard about a protest in the southwestern city of Zhanaozen, where people were demanding that authorities reduce the price of liquefied petroleum gas (LPG) by half. Citizens relied on LPG to power vehicles and heat houses. Rising prices meant increases in the cost of everything in the poor and restive Mangystau region, where Zhanaozen is located.

The district of Mangystau was the last in the country where the price of gas was raised. But that did not mean that its residents would stay calm and refrain from protesting. Hundreds of people across the region rallied against the sharp hike in fuel prices. The majority of Kazakhstan citizens, at least in their hearts, supported the uprisings: No one would accept the rising prices of gasoline, gas and bread in a country that produces all of these essentials by itself! 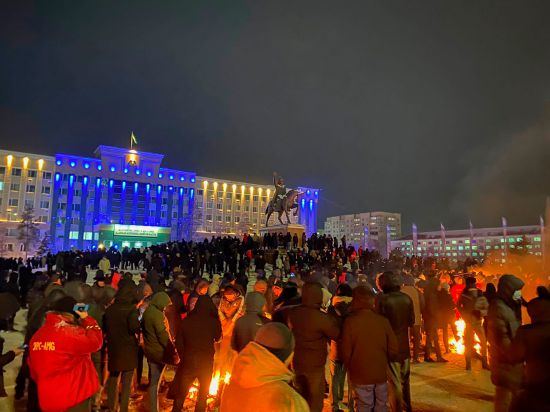 As a result, President Kassym-Jomart Tokayev admitted that prices were raised unreasonably and reduced the price of LPG from 120 tenge (US$0.27) to 50 tenge (US$0.11) per liter. But the people would not quiet down. The gas prices had already sparked a wave of national protests, with people shouting “Shal, ket!”, or “Go away, old man!” The target of their anger: 81-year-old Nursultan Nazarbayev, the first president of Kazakhstan, who had been in office from 1990 to 2019. He had voluntarily handed the presidency to Tokayev three years ago but continued essentially to call the shots in the country as head of the Security Council, a position which gave him more power and influence than his successor.

This did not sit well with the people. They opposed not only Nazarbayev himself but also his extended family, many of whom held government positions or headed major companies. While his daughters and their husbands ran lucrative businesses, including in the oil-and-gas and vehicle-recycling sectors, about a million (5 percent) of the 19 million population live in poverty. The pandemic is expected to have increased the number of poor significantly.

So, even after the president announced a reduction in gas prices and a moratorium on increases for other socially significant goods, people would not calm down.

On the evening of January 4, in a residential area of Almaty, citizens began to gather. I did not pay much attention to this because groups assemble in the city several times a year but usually to no avail. 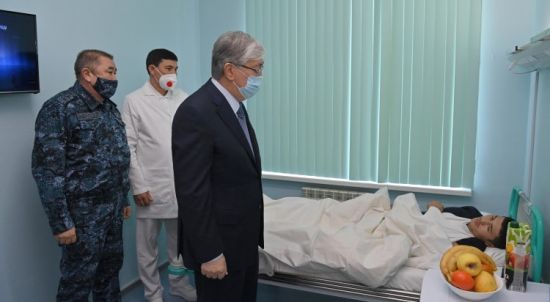 The next day, I went to work as usual. I was passing through the area when I realized that something was wrong: The streets were blocked, and hundreds of people were walking along the road, trying to flag taxis down. The internet had stopped working. Then President Tokayev announced a state of emergency in Almaty. My NGO was to hold a big event but I had a bad feeling that it was not going to happen. After lunch, I tried to drive through the Republic Square, the site of protests in the past, but it was already closed.

On January 6 and 7, we received alarming news about riots, fires and looting. Since the internet was still down, I started calling everyone I knew at local hospitals, police and the media for information. At first, we were told that terrorists had entered Almaty. It certainly felt that way: city hall was burned down, as were TV stations, an airport and police stations.

We now think that the “terrorists” were mostly local bandits, who had been training systematically for a long time. Many of them adhere to non-traditional Islam – Salafism – which has been flourishing in the country in recent years. They have links to the National Security Committee, the Kazakhstan intelligence agency. Who organized all these disturbances and attacks and how and why they did it are still unknown. It seems clear that there was criminal if not treasonous behavior – how else to explain police inaction as looting broke out across the city? Was it really foreign militants who cut off soldiers’ heads?

It was not external forces that attacked Almaty. Instead, the clashes were part of a power clash between the Nazarbayev family and President Tokayev and his allies. The riots may now be over, but the domestic political clan struggle has only just begun.

Did Tokayev do the right thing by calling on the Collective Security Treaty Organization (CSTO, an alliance including Armenia, Belarus, Kazakhstan, Kyrgyzstan, Russia and Tajikistan) forces to help, invoking for the first time the mutual-defense clause in the group’s founding 1992 treaty?

In my opinion, it was absolutely the right decision. 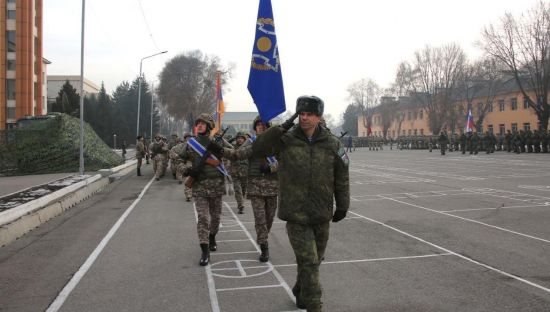 Russian troops, part of the CSTO forces that intervened to quell unrest in Almaty, on parade before withdrawal (Credit: Ministry of Defense of the Republic of Kazakhstan)

Many people argue that, by doing so, we are giving away our sovereignty to Russia, that we have put our country’s independence into question and that we are now ruled by Russian President Vladimir Putin. The people saying this were probably not in Almaty on January 4, 5 and particularly 6.

Since January 5, Almaty has been unguarded. Forty minutes before the airport was invaded, Ermukhamet Ertysbayev, a minister in the Nazarbayev government and one his political adviser, said that the city’s security had been removed, leaving it exposed. The president spoke of possible betrayal by the highest echelons of the Kazakhstan security agencies. Could he and his government and military forces calmly watch, defenseless, as terror took over?

Without protection, Almaty would have been vulnerable: Criminals and extremists from all over the region – Afghanistan, Iraq and Syria – would have flocked to the city. The war could have lasted not for days but weeks or even years. Almaty could have become a Baghdad. If militants had invaded the city, they would have taken control. Would the people of Almaty have been willing to be oppressed by bandits, even if they helped to carry out a coup? Of course not.

As residents of Almaty, we can confirm that since the introduction of the Russia-led CSTO forces, the situation has improved dramatically. After a couple of days, the city returned to its usual rhythm and was no longer in danger.

Are we afraid of occupation by Russia? No. Russia offers reliable protection against any manifestation of terrorism and extremism in our country. They are the main factor that has stopped the Taliban, Islamic State, the Mujahideen and other groups from penetrating the country. In Central Asia, terrorists and extremists pose a far greater threat than Russia, especially after the recent developments in Afghanistan.

We can also confirm that the troops from Russia and other CSTO countries are no longer on the streets of Almaty. They have gradually returned home as residents try to return to their way of life. 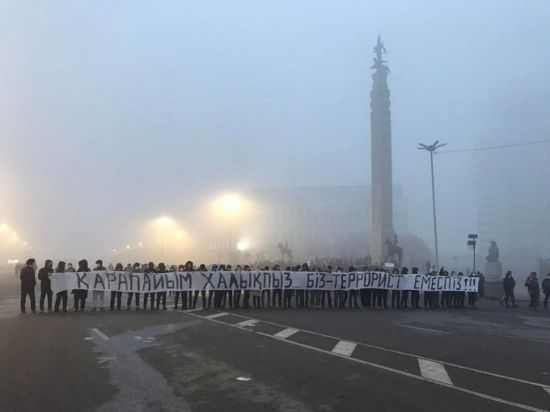 “We are not terrorists”, protesters in Almaty declared (Credit: EyePress News)

As for the European Union and the US, we of course consider them allies, but not in matters of regional security. Geographically, they are distant, and, politically, our democracies are very different. They do not know how our society works, and we do not agree with their interpretation of events. What started out as simple, peaceful protest resulted in riots, robbery and murder. Our president did what he had to do.

As for China, despite the fact that it is our closest neighbor, the level of trust we have in Beijing is extremely low, especially with rumors and all sorts of assumptions about Chinese territorial claims on Kazakhstan, as well as information about re-education camps in China, where ethnic Kazakhs may be imprisoned. While we would not seek help from China in matters of regional security, we are extremely grateful to the nation for the neutrality it has maintained since the beginning of the recent troubles.

Protesters in Kazakhstan hoped to achieve two goals: to reduce gas prices and to remove Nazarbayev from power. Despite the tragic events that followed, the people of have achieved both goals. Gas prices have been returned to 50 tenge a liter, and the prices of necessities are expected to remain unchanged over the next six months. Tokayev has become chairman of the Security Council, replacing Nazarbayev, who had not been heard from since the end of 2021 but resurfaced in a video statement released on January 18, dispelling rumors that he had left the country or was either ill or dead. The government appears to have started referring to Nur-Sultan, the country’s political capital, by its previous name, Astana.

The hope now is that, having achieved significant success in the economic and political spheres, the president will marshal the power he now has and carry out all the necessary reforms that would make Kazakhstan a truly free and democratic republic – and that, with the support of the CSTO, peace, calm and security in this region will remain for a long time. 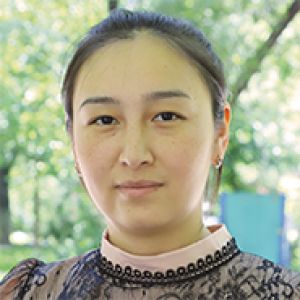 Madina Ashilova began her professional television journalism career as an editor at the republican television channel Khabar, where she worked from 2006 to 2013. In 2014, she became the chief editor of the Turan-TV channel. She has been the editor-in-chief, anchor and producer of the Almaty channel since 2016. She is also the CEO of Almaty Nomad, an NGO which manages media, social and educational projects, working together with government agencies and foreign foundations. She also lectures and conducts seminars on philosophy, cultural and religious studies, and journalism as an associate professor at the Kazakh Ablai Khan University of International Relations and World Languages. She holds bachelor’s and a master’s degrees in philosophy from Al-Farabi Kazakh National University, as well as a PhD from the graduate school of Novosibirsk State Pedagogical University. She has attended various university programs, including those offered by Peking University of Language and Culture (2008) and Grady College of Journalism and Mass Communication, the University of Georgia, USA (2017).