Incalculable Tragedy: We May Never Know the Truth about India’s Covid-19 Numbers

India’s spectacular failure to anticipate and prepare for an impending second wave of coronavirus is due, in large part, to its government’s refusal to acknowledge the true case and fatality numbers. But, as Madhur Singh of the digital journalism news organization IndiaSpend writes, the authorities’ reliance on obfuscation and delay means that the full extent of the Covid-19 tragedy unfolding may never be known. 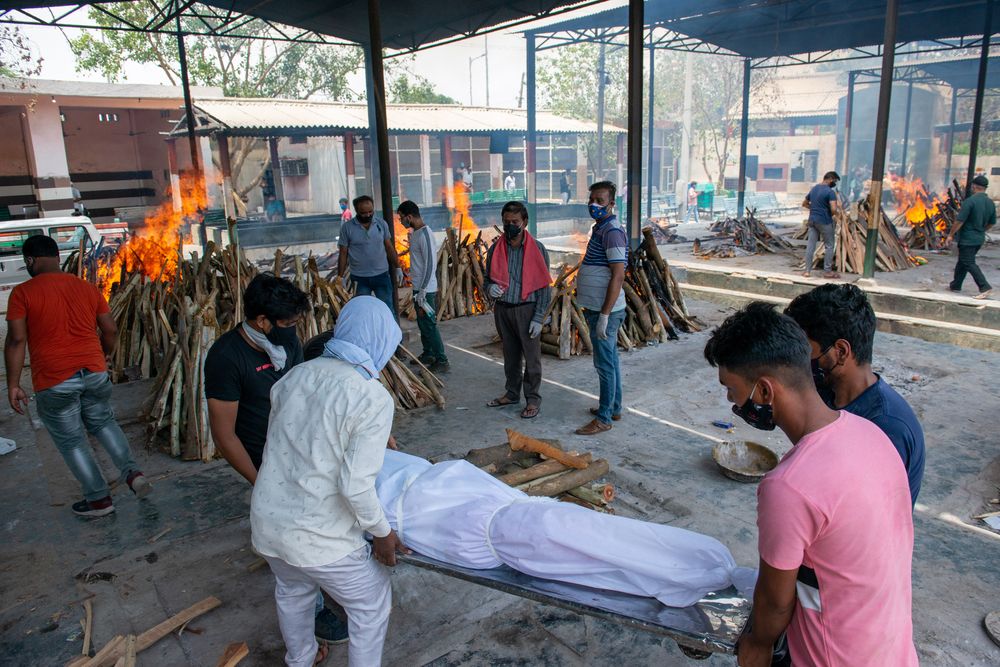 On May 11, the World Health Organization (WHO) designated as a “variant of concern” the double-mutant strain of the novel coronavirus first identified in India last year and believed to be responsible for the rapid spread of the disease across the country since at least February. For months before this, epidemiologists had worried that unbridled spread in the world’s second most populous country – home to 1.37 billion people or 18 percent of the world’s population – could give rise to new mutations, thwarting global efforts to control the pandemic as multiplying variants would forever move the target for vaccine development efforts. Now, as much commentary has since concluded: India’s problem is the world’s problem.

It is now clear that by undercounting the numbers, India consistently played down the course of infection and its dangers to society and the economy. This lulled the population – and those in charge of crucial healthcare systems – into a false belief in an Indian exceptionalism that purportedly kept people safe while developed countries went through surges that left millions in hospital and hundreds of thousands dead.

At IndiaSpend, we have tracked the metrics provided by the government since India’s first case was reported on January 23, 2020, and have repeatedly questioned India’s Covid-19 fatality numbers, and hence its overall infections. We have also shone the light on other vital data gaps: inadequate testing, which is essential for assessing the spread of infection; negligence in collecting data on crucial issues such as breakthrough infections when people already vaccinated go on to develop Covid-19; and failure to conduct genomic sequencing despite a first-rate biotechnology infrastructure.

Early in the pandemic, while India was working to ramp up its testing capacity like most countries, we reported how inadequate testing belied the true nature of contagion and the extent of its spread. By March 2020, signs of community transmission were everywhere and the WHO was exhorting countries to “test, test, test”. Yet, India continued to conduct fewer tests than needed, even on healthcare workers. Some regions, such as the northeastern states, continued to report lower case numbers than states with comparable populations, prompting warnings of inadequate testing and forecasts of a potential onslaught, we reported. It was more than six months after the first signs of the pandemic’s wide spread that India’s health minister, Harsh Vardhan, admitted in October 2020 that the country was indeed witnessing community transmission. 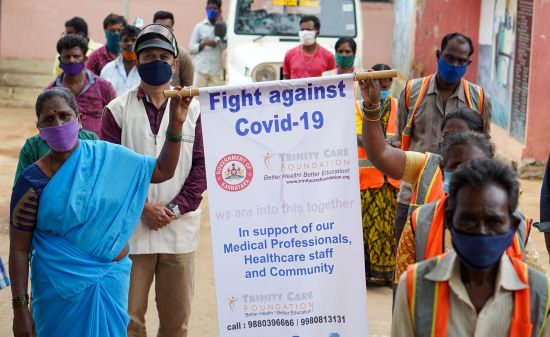 Stand up – and be counted in the fight against the raging and ruthless pandemic (Credit: Trinity Care Foundation)

This denial sent mixed messages – for frontline medical staff and social outreach workers called the three aces of India’s grassroots healthcare system (auxiliary nurses and midwives, accredited social health activists and anganwadi (rural childcare center) workers) as well as for the medical sector and the public at large. It is now known that the first wave in 2020 did not affect rural India as much as the second wave with its new mutations. Also evident is the result of such mixed messaging, which turned dangerously wrong when the central leadership allowed the mass Hindu gathering known as the Maha Kumbh to take place, and carried out an extensive election campaign for state elections over a period of months, weeks after signs of a second wave were clear. Now, the media is saturated with images of mass cremations, sometimes spilling over onto pavements.

By May this year, India had significantly scaled up its testing capacity, but testing centers are mostly in urban areas while SARS-CoV-2 is making inroads into villages and remote regions. (Even cities continue to report delays and difficulty in testing because capacity has not kept up with the rising demand.) The government is not providing a rural-urban breakdown of new cases, deaths or tests conducted, but the local media are reporting vast undercounting, such as a report from Gandhinagar, the capital of Gujarat: While the government claimed 182 people had died of Covid-19 in the entire district, 690 people were reported to have died in just four of the district’s 200-plus villages. Nearly 66 percent of Indians live in villages, and unless innovative ways are found to scale up testing – for instance, door-to-door screening, as has been done with tuberculosis before, or mobile testing vans – the case and death count will always remain underestimated.

With India’s inadequate testing already keeping its Covid-19 case numbers low, its death rate is bound to be an underestimate when combined with the above problem, as IndiaSpend reported in June 2020. At a press conference on May 11, for instance, the central government claimed the death rate from Covid-19 was 1.09 percent, whereas using the more accurate formula (dividing the number of deaths by the number of decided cases) would yield a higher 1.3 percent. This might seem like a difference of a small fraction but translates into a significant number when deaths have exceeded a quarter of a million (again, by the underestimated official count).

Further, our reporting has shown that in official Indian data, only a person who has tested positive prior to death is recorded as having died of Covid-19, which leaves out not only those who were not tested or those who died at home but also those whose test may have returned a false negative (the antigen test, used widely in India, is known to return false negatives up to half the time). It also does not account for those who may have had “long Covid-19” and died of related complications. This is against the WHO’s guidelines for the certification and recording of Covid-19 deaths which specify that “Covid-19 should be recorded on the medical certificate of cause of death for all decedents where the disease caused, or is assumed to have caused, or contributed to death”. 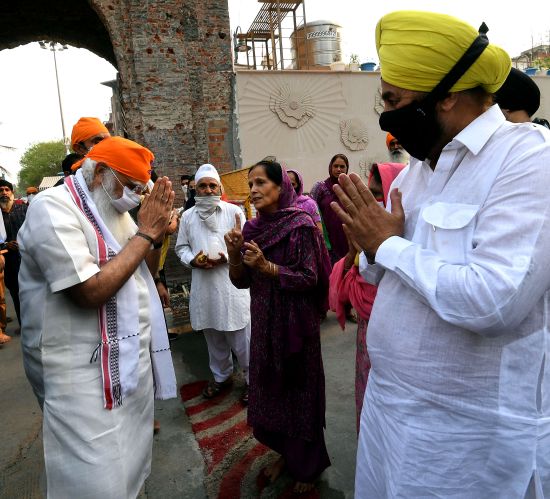 Could there ever be a fair reckoning?: Indian Prime Minister Narendra Modi (left) visits Sikh temple in Delhi, May 1 (Credit: Government of India)

The data journalist Rukmini S wrote for IndiaSpend in April 2021 about how India had failed to collect data on breakthrough infections. This could have been done by asking all those getting a Covid-19 test to report whether they had been vaccinated or not. This was not being done until nearly three months after India started its Covid-19 vaccination program in January 2021. Yet, the central government claimed in April that only two to four of every 10,000 people vaccinated had contracted Covid-19, based on data that were incomplete at best.

Another key omission has been the lack of efficacy data on one of the two vaccines being administered in India, Covaxin, in whose development the Indian government has been a partner. (The other is Covishield, being manufactured by the Serum Institute of India for Oxford-AstraZeneca.) Covaxin was rolled out without its phase-three data having been made public, and the complete data has still not been revealed, though interim data from 87 patients were announced in April.

For all these reasons, medical practitioners and epidemiologists, as well as journalists, have raised red flags and repeatedly asked questions, most pressingly on India’s Covid-19 case and death numbers, which are key to planning and implementing a response to the pandemic. Rukmini, for instance, has approached the audit committees that many states have formed to correctly estimate Covid-19 deaths, but has not been given any data on how many applications for death certificates they have received.

Local reporters in various cities have also tried to match officially declared numbers with the number of bodies cremated or buried with Covid-19 protocols, but these efforts are sporadic and inefficient at best. Many experts believe the only way to get a closer approximation of India’s Covid-19 deaths would be to calculate excess fatalities – the number who died during a Covid-19 year that exceed the average number of deaths in preceding years.

Overall mortality, however, can be accurately calculated only if all deaths are recorded. In India, only 79.6 percent were registered in 2017, and of these, only just over one in five (22 percent) were medically certified, with the underlying cause of death incorrectly recorded in many cases. In the middle of a raging pandemic, even states such as Kerala that normally register all deaths, were recording fewer numbers, officials told us for a story in March. They attributed this to reduced mobility during lockdowns and curfews, reluctance to visit government offices, and an increase in the number of deaths at home due to reluctance to visit hospitals.

In the end, this is an incalculable tragedy: The world may never know the true picture of India’s Covid-19 spread. And many who lost their lives in the pandemic may never be recorded in official statistics – uncounted witnesses to the Indian government’s gross mishandling of the crisis.

Singh, Preeti. (May 6, 2021) “The Covid-19 Crisis and the Failure of Educated India”, AsiaGlobal Online, Asia Global Institute, The University of Hong Kong. 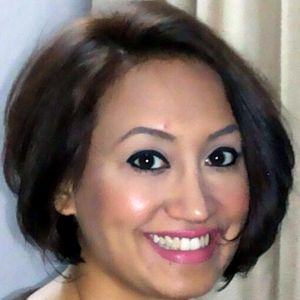 Madhur Singh is managing editor of IndiaSpend, among India’s foremost public-interest, data journalism news organizations. Prior to this, she was India correspondent for Bloomberg Law, Bloomberg BNA and BNA Inc., as well as India reporter for Time magazine and a special correspondent for the Hindustan Times. She holds a master’s in international relations from the University of Warwick in the UK and a master’s in English literature with post-colonial studies from Panjab University in India.