Indonesia’s two-week ban on digital platforms including Yahoo, PayPal, Steam and Epic Games for failing to register under a new regulation that would give authorities the right to retrieve user data from the platforms put the nation’s tech dreams and US$1 billion gaming industry at stake. As Muhammad Azka Prasetya of GreenUrbanomia writes, the action at the end of July mobilized digital natives to fend for the freedom to access technology, their livelihoods and the nation’s future. 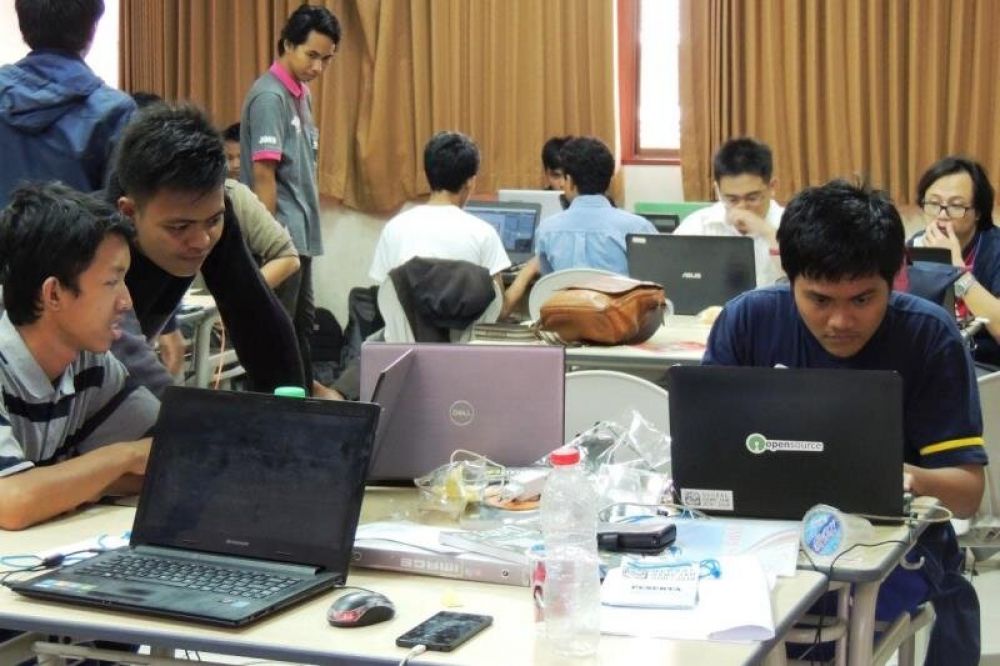 Video game developers: Indonesia's digital natives are vital to the country's achieving its ambition to be a global tech hub (Credit: AGI)

In July, Indonesia’s Ministry of Communication and Informatics (Kominfo) temporarily blocked electronic service platforms such as Yahoo, PayPal, Steam and Epic Games for failing to comply with licensing rules. Kominfo had required public and private electronic system operators (private ESOs) operating in Indonesia to register with the ministry before July 20, 2022, which would give authorities the right retrieve user data from registered platforms under the new Ministry of Communication and Informatics (MoCI) Regulation Number 5, or MR5.

Minister of Communication and Informatics Johnny G Plate said that the private ESO registration was necessary to uphold Indonesia’s reputation and digital sovereignty, and was designed to protect the personal data of Indonesian customers. In reality, the regulation has sabotaged livelihoods, restricted the freedom of expression for content creators and had a negative impact on the local e-sports community.

Private ESOs that failed to register with the ministry by the July deadline were slapped with sanctions, the heaviest being temporary access bans. Kominfo’s move received much backlash. Among the blocked platforms, Steam, Epic Games and PayPal are especially indispensable to creatives and freelancers, who comprise mostly younger workers. While Kominfo has since reopened access to the blocked platforms after rounds of talks with the private ESOs, the episode reflects the government’s shortsightedness and has mobilized the country’s youth to fend for their freedom to access technology and Indonesia’s digital future.

Among the national priorities listed in Indonesia’s “Making Indonesia 4.0” strategy, “Attract Foreign Investments” sets out to “accelerate technology transfer”, while “Reoptimize Regulations & Policies” emphasizes the need for “coherent regulations”. The country’s digital economy is expected to be worth US$146 billion by 2025. Yet, it is no secret that Indonesia continues to struggle with problematic regulations, such as MR5, prompting much hesitation among investors and private ESOs. 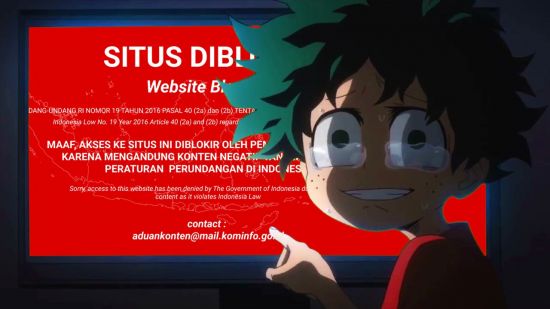 Though the temporary bans were lifted and tech-related industries have yet to report any significant losses, the government’s move could hinder Indonesia’s vision of transforming into a global technology hub. Bhima Yudhistira Adhinegara, director of the Center of Economics and Law Studies in Indonesia, called the sanctions “very bad” news for the nation’s tech industry as it could drive foreign investors away.

A prolonged termination of access to certain platforms would disconnect Indonesia from the world, leaving the country unable to receive global assistance to develop its tech sector. It has also yet to develop its own cross-border payment platform that could serve the same functions as PayPal.

An extended ban would prevent local industries from expanding into new overseas markets. It would also affect the livelihoods of internet-related professions, such as freelancers and developers, as they would be unable to access PayPal – one of the most popular payment platforms among the country’s freelancers. Fundamentally, a prolonged restriction of access to these platforms, or any such restriction at all, suppresses the freedom of opinion and expression, the right to communicate and obtain information, the right to digital literacy, and the right to privacy.

At the heart of the problem is MR5. For one, its provisions lack clarity – one article orders private ESOs to remove prohibited information and/or documents that violate local laws or cause “community anxiety” or “disturbance in public order”. Under MR5, private ESOs are obliged to practice self-monitoring to ensure that they do not unwittingly disseminate such prohibited information, threatening the freedom of expression and presenting private ESOs with compliance problems.

Local game developers and gamers have expressed concern over the implications of the ban on unregistered private ESOs on business expansion. Banned platforms Steam and Epic Games, for example, have largely been responsible for the rise of the billion-dollar Indonesian gaming industry, which contributes to more than two percent of the country’s GDP. It is currently the largest among Southeast Asian countries and the 16th largest in the world.

Without access to Steam, Epic Games and various gaming platforms, developers were unable make use of the developer tools they offered. Many Indonesian-developed games are produced with tools on “unregistered” platforms. While access to the platforms have been restored, the Indonesian gaming industry faces other challenges, including the prospects of ongoing projects violating vague MR5 provisions, and global game companies, which dominate most of the Indonesian market, could also be deterred from investing in and publishing games in Indonesia. 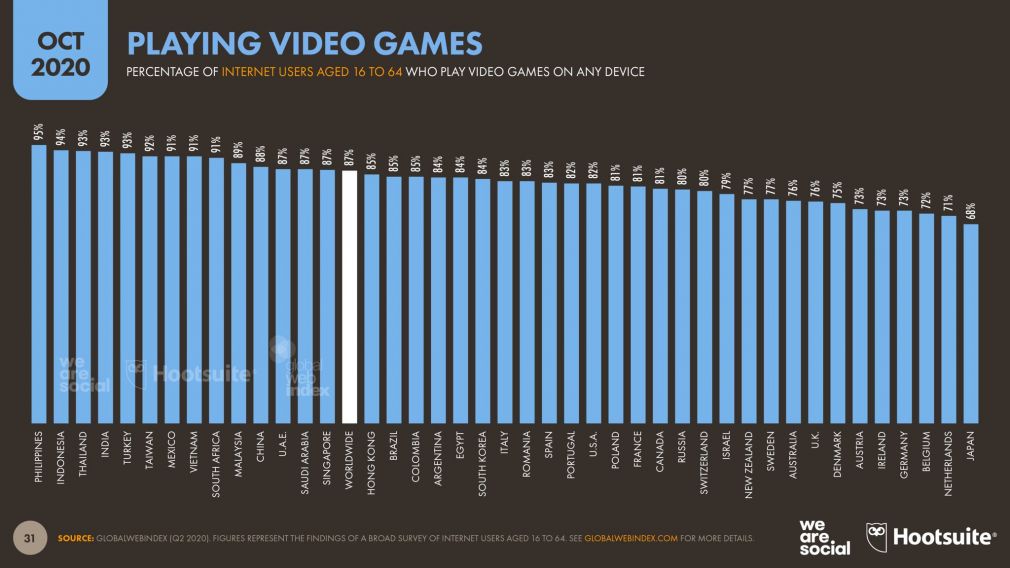 Taking back the internet

Born into eras of rapidly developing technology, millennials and Gen Z utilize technology in all aspects of life, not least in their careers. Blocked access to PayPal raised concerns over income security. In the weeks that followed, young workers collectively demanded  the freedom to access technology, organizing focus groups and discussions on MR5 on platforms such as Discord, a private chat application, among other audio and video live-streaming apps.

Kominfo’s decision to temporarily terminate access to certain platforms has ignited a sense of solidarity among young Indonesians, who have since taken to social media to protest the government’s decision. On July 31, 2022, a Twitter Spaces live session on “Kebebasan Berpendapat dan Serangan Digital di Indonesia” (“Freedom of Expression and Digital Attacks in Indonesia”) was held to discuss the impact of MR5, what the public could do about it, and why policymakers should reconsider the regulation. A total of 41,000 listeners participated in two of the meeting sessions, while the recorded version has been played at least 182,000 times.

Social media platforms such as Facebook and Twitter became two-way communication platforms that allowed young users and protesters to take their concerns directly to government officials. Not long after the bans were imposed, Indonesian netizens created the Twitter hashtag #BlokirKominfo (“block Kominfo”) to voice their opposition to the temporary access bans.

Two months since the bans, the hashtag continues to trend across the internet, reaching close to 300,000 users a week as young netizens continue to watch for policies that infringe upon their rights. This includes the implementation of the whitelist method, which is expected to make most non-Indonesian websites inaccessible as the system only allows websites that are registered within the country.

Two weeks after the blocked platforms agreed to comply with MR5, the government lifted the sanctions, leaving a lot of disgruntled netizens to continue to stew. On the road to becoming the next global tech hub, Indonesia should be careful about upsetting and possibly alienating the very digital natives vital to achieving those ambitions. 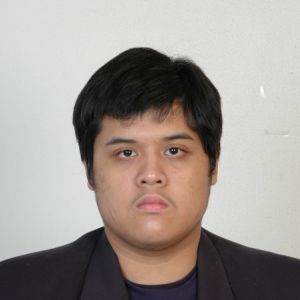 The Metaverse in a Fragmented World

Thursday, September 1, 2022
What would the metaverse – an interconnected network of virtual spaces – look like in a geopolitically fragmented world?