How to Regulate Internet Platforms Without Breaking Them

Anticompetitive practices are rife in the internet-enabled economy, and lawmakers have struggled to keep up. Authorities must find a balance between regulation and fostering an open, healthy environment for this economy to thrive. 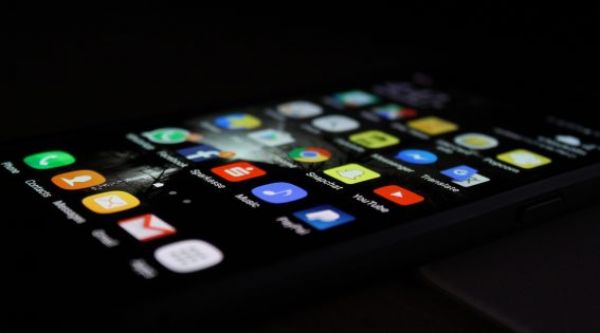 In July 2018, the European Commission imposed a fine of €4.34 billion on the U.S. internet company Google for breaching E.U. antitrust rules. Specifically, Google was found guilty of abusing its market dominance by forcefully tying its browser and search engine with its app store on Android phones. In another landmark case in 2017, the European Commission fined Google €2.42 billion for abusing its dominance as a platform. Google was accused of leveraging its search engine platform to give illegal advantage to its own comparison shopping service.

These two antitrust cases caught the attention of regulators across the world and forced them to rethink their competition laws to suit the needs of the new economy. This has proved a very divisive issue.

A two-sided platform connects two or more groups of customers who rely on the platform to facilitate value-creating interactions between them. For instance, Amazon connects buyers to sellers and Uber connects riders to drivers. Platforms have significantly enhanced consumer welfare by increasing choice, reducing transaction costs, and lowering prices. In addition, they have created millions of jobs worldwide and aided in financial inclusion. They have also been instrumental in helping small businesses grow by giving them exposure to a large consumer base.

To avoid throttling these businesses, regulators must tread cautiously and avoid overregulating. However, there is scope for increasing welfare by identifying and mitigating the sources of platforms’ market power and dominance. In particular, the mandate of competition laws should be expanded to include “producer harm” along with consumer harm.

Of course, the issue with platforms goes beyond just the challenge to competition laws. For example, Uber, by treating its drivers as partners rather than employees, circumvents prevailing labor laws and minimum wages. This has led to unionization and strikes among the company’s drivers. Many of these companies are also known to route their financial transactions through low-tax countries for tax avoidance purposes. In this article, we are examining only issues relating to competition.

The presence of direct and indirect network effects can lead to high switching costs for consumers, which act as barriers to entry. A direct network effect implies that a consumer of a good or service maximizes their utility as more people use the same good—a telephone, for example.

In platforms, one also observes a strong indirect network effect, which refers to the benefit that users on one side of the platform enjoy due to the number of users on the other side that they can access.

Consumers face high transactional, social, and opportunity costs when switching to a new network. These are especially severe if the current network has a large user base. Thus, consumers tend to get locked into a particular network.

These network effects make it difficult for new entrants into the market. Acquiring a critical mass of users is essential for platforms to survive. Thus, the only way that a platform can enter the market is by rapidly scaling up on both sides of the market. This would require significant paid-up capital, which small start-ups may not possess.

Network effects are the defining feature of the platform and thus, any attempt to alter that would end up destroying the entire business model. However, regulators could introduce data portability and interoperability features. This would significantly lower switching costs and increase consumers' willingness to try rival platforms. It would also reduce barriers to entry for new entrants.

Platforms are also known to use their market dominance to include price parity clauses in their contracts with sellers. These clauses prevent sellers from selling at a cheaper rate elsewhere (including the sellers’ own websites). Research by Hunold et al. showed that the removal of the price parity clause by Booking.com at the behest of the antitrust authorities in Europe immediately resulted in higher numbers of hotel listings on the platform and lower prices on listed hotels’ websites.

Price parity clauses are relatively straightforward for regulators to tackle as they are clearly anticompetitive in nature and cause both consumer and producer harm.

The biggest anticompetitive element of platforms is the violation of neutrality. When the platform, such as Amazon, also acts as a player on the very platform, it can lead to a conflict of interest.

Once vertically integrated, the platform has an incentive to exclude competitors either directly by delisting competing vendors or indirectly through higher commission fees and manipulating the rankings. For about 75% of the products that are sold by the retail wing of Amazon, it has been found that the platform places its own products and those of companies that pay for its services in the buy box (the most valuable virtual shelf space on Amazon) even when there are substantially cheaper offers available from others. Studies have also shown how Amazon uses the data that it collects from competitors on its platforms to formulate the best pricing strategy and in deciding the products that it wants to offer.

The biggest anticompetitive element of platforms is the violation of neutrality.

To ensure non-discrimination, regulatory bodies can appoint a special panel, in consultation with the companies in question, to look into the relevant proprietary code, data, and algorithms to test for discrimination. This solution worked reasonably well in the landmark U.S. vs. Microsoft case. Amazon, for example, can be asked to prove that the data collected by the platform on consumer preferences is not shared with its retail arm or that the algorithm is not designed to favor its own products.

Tests for predatory pricing are based on the assumption that profit-maximizing prices are never below marginal cost. For multi-sided platforms, though, the economic model could involve charging prices lower than the marginal costs (free or even negative prices). Ride-sharing companies in China and India, for example, offered free rides to consumers for months in order to capture market share.

Increasingly, platforms are attempting to leverage the large swaths of data that they have collected on both consumers and producers.

Anticompetitive mergers and acquisitions of platforms also tend to go under the radar, as competition authorities normally make the decision to investigate cases according to a monetary threshold. However, the monetary value of a deal may not always highlight its anticompetitive effects. Stories of big technology firms acquiring small start-ups at bargain prices are quite common. The value of these start-ups could lie in the networks (user bases) or the data they possess. Thus, it would make sense for competition authorities to automatically review any deal that involves an exchange of certain forms (or a certain quantity) of data. If this principle had been in place, Facebook’s acquisitions of WhatsApp and Instagram would have come under greater scrutiny.

Increasingly, platforms are attempting to leverage the large swaths of data that they have collected on both consumers and producers. Alibaba, for example, has openly declared itself a data company instead of a platform. Thus, competition law will have to synchronize with a strong data protection and privacy model, which will have consent and purpose limitation as the basis for the collection and use of data. It will be interesting to see the dynamics between data protection and the expansionary plans of platforms play out.

Manur, Anupam. "How to Fix Competition in a Market Owned by Google, Facebook, Amazon and Other Digital Platforms." FactorDaily. March 22, 2018.

Anupam Manur is an Assistant Professor at the Takshashila Institution.