Southeast Asia has emerged as a major hub for the global video gaming industry, because of both its large community of players and the expanding game development business. Muhammad Azka Prasetya of GreenUrbanomia analyzes the trends and challenges for the sector in the context of the growth of e-sports and the application of new technology such as virtual reality. 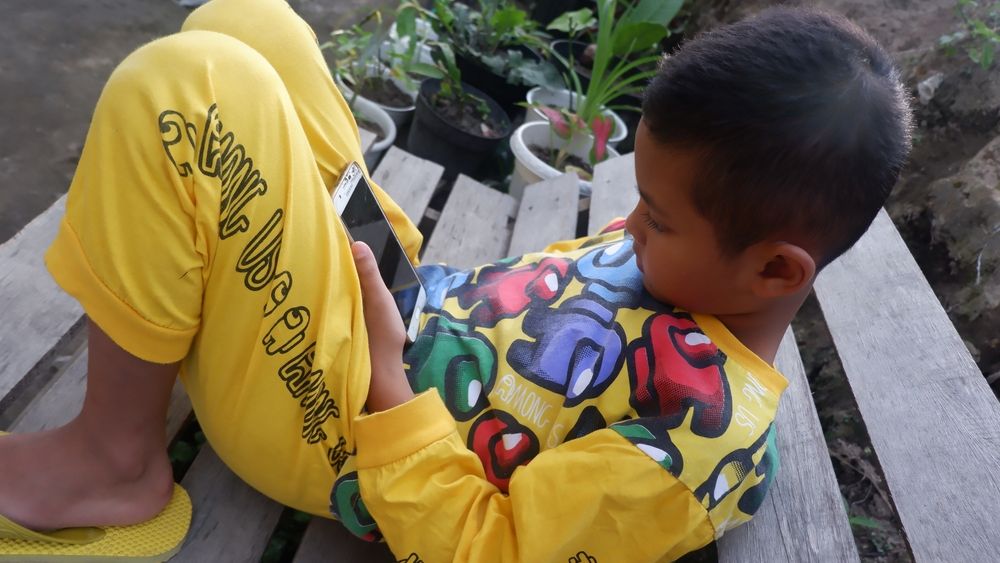 Since the eighth generation of video game consoles began appearing in 2012, the technology behind them has developed rapidly – the growing use of virtual reality (VR) being a major advance. These innovations have driven the growth of the gaming industry not just in developed economies but also in emerging markets. Southeast Asia, in particular, has emerged as a part of the world with a particularly avid and rapidly expanding gamer community, as well as a source of creativity, as demonstrated by the popularity of games produced by companies in the region.

The gaming market in Southeast Asia clearly has significant potential. According to games market analyst Newzoo, the industry generated revenue of US$4.4 billion in 2019, up 16 percent from the previous year. Indonesia has the biggest share, accounting for US$1.6 billion in revenue in 2020. From 2020-25, the region’s video gaming is expected to hit a compound annual growth rate (CAGR) of 8.5 percent.

In short, the industry is thriving at a time when it is shifting from domination by triple-A developers such as Square Enix and Activision to independent companies (indies) such as Toge Productions and Mason Games, driven by the rise of community-based cyber stores such as Steam, Google Apps and the App Store. In a research paper published in 2021, Phan Quang Anh of the University of Zurich wrote that the establishment of cyber community markets has enabled smaller developers to promote and market their ideas in a less complicated distribution system, enabling them to display their games on the virtual shelves accessible worldwide.

Mobile gaming, which is growing faster than the use of PCs and consoles, has widened access to both players and developers. The segment was responsible for about 70 percent of the industry revenue in Southeast Asia in 2019, compared to 23 percent generated by PC gaming.

There are reasons why mobile games rule in the region. Unlike those for consoles, mobile games do not require online subscription services to access the multiplayer feature. This fits the market conditions in the developing economies in the region. The trend towards hyper-casual games – those that are easy and typically free to play – will drive further growth of mobile games in Southeast Asia.

As technology marches on, the opportunities for the region to strengthen and expand its foothold in the gaming industry are growing. The transition from consoles and PCs to more accessible platforms such as smartphones will help the market flourish. The number of people involved in the industry – whether as a developer or as a consumer – is swelling. This is certainly true in Indonesia, where the market is energized by its youthful demographics, which is a factor too in other countries with a large population and burgeoning middle class such as the Philippines and Vietnam.

The thrill of online victory: E-sports made it to the Southeast Asian Games in the Philippines in 2019 and will be featured again at the postponed Hanoi 2021 Games in May this year (Credit: IGN Southeast Asia)

Another growth driver are the foreign investments pouring into key markets as video game giants establish branches in the region. Sony of Japan, for example, has opened Malaysia Studio as a part of Sony’s PlayStation Studio. China’s miHoYo, based in Shanghai, has a Singaporean arm, Cognosphere, now the publisher of video game blockbuster Genshin Impact. Deals have not been limited to investments. James Wong of Mason Games of Malaysia told Tech Collective that Southeast Asia has been the “go-to place” for outsourcing certain parts of triple-A projects because of the region’s growing talent pool and competitive pricing.

But what is really attracting investments and driving gaming growth in the region is e-sports, a fast-growing sector that is generating significant fast-growing revenues.  A report from Tencent forecasts that e-sports revenue will reach a staggering US$72.5 million in 2024, representing a CAGR of 20.8 percent, nearly double the global growth rate (11.1 percent).  E-sports were included in the Southeast Asian Games in the Philippines in 2019 and will again be featured at the postponed 2021 Games in Hanoi scheduled for May 2022. Rising viewership of e-sports on streaming platforms such as Twitch and YouTube is expected to boost the influx of investment into the gaming industry in the region. As more competitive video games such as Mobile Legends and Hearthstone gain the spotlight in regional sporting events, the potential for the video gaming industry will get even greater.

NFTs and the play-to-earn model

So, what lies ahead?

Non-fungible tokens (NFTs), non-interchangeable units of data stored on a blockchain or digital ledger, have been attracting a great deal of attention lately. This trend has not gone unnoticed in the video game industry, with companies trying to include NFTs in video games or planning to do so. The implementation of NFTs in video games has established a player base that is dedicated to the play-to-earn (P2E) model, meaning that playing video games can be source of income and even a way for an individual to make a living. In Southeast Asia, NFTs in video games are also gaining traction in the wake of the release of  Axie Infinity, a globally popular Vietnam-made NFT-based online game that generated over US$2.3 billion in sales (as of October 2021) and attracted some 2.5 million players.

The P2E concept is changing the way video gaming is perceived not just by gamers and other enthusiasts (and their families and friends, too) but by all the players across the industry. A video game is no longer seen as a time-and-money waster. Instead, it could be used to gain profits, turning the medium into a legitimate revenue-earning stream, a way for a person to make much more than a few bucks. In e-sports world, the concept is not foreign as competitive games such as Defense of the Ancients (DotA) and Counter-Strike: Global Offensive (CS:GO) have featured collectible, rare items that could be sold at high prices. Often, P2E goes hand in hand with NFTs. In blockchain gaming, items (that players collect) can be represented as NFTs purchasable with cryptocurrency.

But there is a catch. NFTs in video games has divided opinions. Those who support them argue that it is a sustainable way to generate revenues, while those who oppose them think that the whole NFT concept is a scam and, because of the energy generated by the processing power (as with some cryptocurrencies such as Bitcoin), has a negative impact on the environment.

Concerns about the risks associated with NFTs and blockchain gaming are rising. In an online interview, technologist and games developer Lars Doucet pointed out that many games implementing the P2E model are akin to a Ponzi scheme, benefiting early players and investors over newer ones. Some video game companies are steering away from NFTs as they fear that should the bubble burst, players could be left holding worthless assets.

The keyword here is value. The question is: "Do NFTs create real value?" This is a question that game companies and players will have to answer before they get into the fray.

Another trend in recent years is the increase in female gamers gaining recognition within the community. Many are garnering attention in the e-sports and live-streaming scenes. An Asia Sports Tech survey showed that the female gaming community is huge in Southeast Asia, making up 40 percent of the region’s gamers. This has generated an ethos in the industry that embraces gender equality and inclusion.

Chase Buckle of market research company GWI noted that women are likely to be gaming on either smartphones or tablets. Women also have a heavy preference for multiplayer games and e-sports content. To create more inclusive gaming experiences means that developers and platforms need to prioritize convenience and reliability. Related to this, a survey conducted by Business Times of gamers in Singapore, Japan and South Korea found that female players valued engaging gameplay, reliability of network quality, and low latency (the time it takes for the gaming device to send data to the relevant server).

Finally, the emergence of 5G is expected to bring broader access to more players. The increasing market penetration of smartphones will widen access to multiplayer games. Cloud gaming technology has enabled players to play a video game anywhere even in a low-end, low-bandwidth system.

Developing countries such as Indonesia and Vietnam still face the challenge internet connectivity. Some areas are plagued by slow speed as well as unequal distribution of service. Those living in remote areas are particularly disadvantaged due to poor infrastructure. Many people are also simply unable to afford internet service.

Players are the priority

Asians tend to perceive video games as a means of relaxation, a way to escape stresses of life (school and work), even if only for a short while. But video gaming has become an industry of opportunity. For platforms, delivering uninterrupted gaming experiences is crucial. Game developers need to provide services that are engaging and easy to access. Government and telecommunication businesses, for their part, need to improve internet accessibility not just for the gaming industry and community but for users in general.

The latest trends such as NFTs and blockchain gaming pose challenges. While they bring more excitement to the play and can potentially enrich those interested in pursuing a P2E life, the risks and social impact are not yet clear. With the development of games such as Axie Infinity that have a major player base and even e-sports teams that are into the idea of playing-to-earn, how does that square with the ideal of gaming as pure fun and not a source of a person’s livelihood?

For devotees, players should always be at the center of video game development. In Southeast Asia, which is emerging as a major global hub for game creation and play, how players are regarded and catered for by developers and service providers will determine which direction this fast-growing industry of the future goes in the coming years.

Amalia, Ellavie Ichlasa. (July 1, 2021) “Why the Gaming Market in Southeast Asia Will be Significantly Important in the Future”, Hybrid, Jakarta, Indonesia.