As G20 president for 2022, Indonesia has the unenviable task of setting the agenda for the premier forum for managing the global economy. With the twin crises of the pandemic and the Ukraine war raging, President Joko Widodo, writes Vasuki Shastry of Chatham House, has been engaging in global diplomacy aimed both at addressing his country’s needs and at papering over geopolitical fault lines. Come what looks to be the trickiest summit ever, the unlikely diplomat could succeed, bolstering the G20’s relevance and Asia’s profile in world affairs. 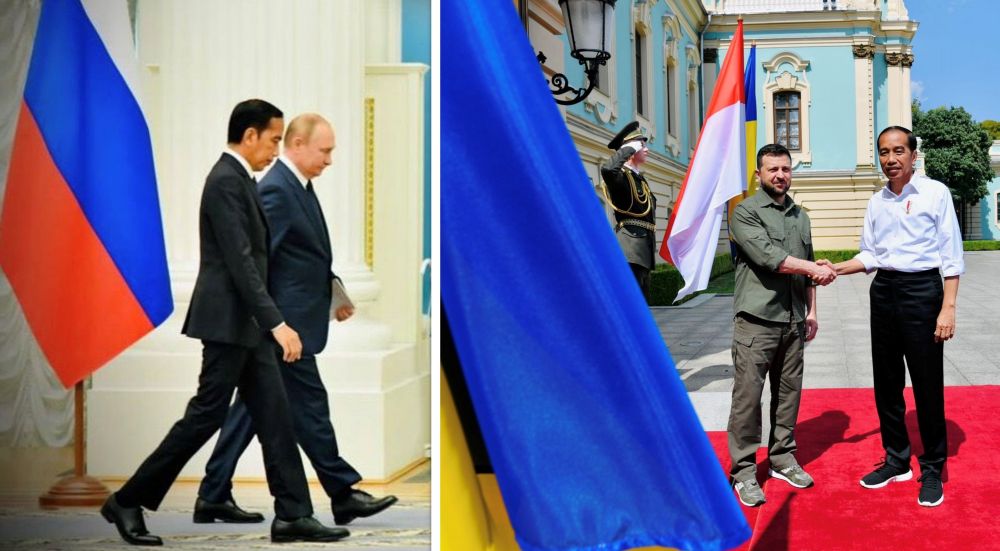 During his first term in office, Indonesian President Joko Widodo was a reluctant and uncomfortable participant on the global stage. Secure with his popularity at home and facing a long and challenging domestic agenda, Jokowi cringed with the global requirements of his job – engaging in diplomatic niceties and the pomp and circumstance of state visits. Something has clearly changed in his second term, as the president has taken an assertive position on Myanmar and, with Indonesia holding this year’s G20 presidency, he visited Ukraine and Russia in late June, an unprecedented act of statesmanship by an Asian leader during a war. In July, the president traveled to China, South Korea and Japan, all three G20 members.

Jokowi’s visits to Kyiv and Moscow, where he met counterparts Volodymyr Zelensky and Vladimir Putin, respectively, were an opportunity for the leader of the world’s fourth most populous nation behind China, India and the United States (and the country with biggest Muslim population) to express “concern for the impact of the war on humanity” and Ukraine’s importance in the global food supply chain.

In Indonesia and the region, reaction to Jokowi’s European war zone travels was lukewarm, a combination of cynicism and disinterest. “There seems to be mixed messages,” Airlangga University international relations scholar Radityo Dharmaputra told the broadcaster Al Jazeera. “Putin did not make any promises about fertilizer exports, so it would seem from things like that the trip was not a success.”

Still, the sight of an Asian, indeed a Southeast Asian, leader engaging in diplomacy on the global stage is a rare phenomenon. In the 1950s and 1960s, leaders such as Jawaharlal Nehru, Sukarno, and even Mao Zedong had clearly defined interests in world affairs and were not hesitant to express their views. But for the most part, Asia’s chief executives have focused on home affairs, though one might argue that Singapore’s Lee Kuan Yew and Japan’s Abe Shinzo, who was recently assassinated, achieved a level of global prominence and influence during their time in office and even after.

Despite its growing economic power and geopolitical significance, there is a provincial and small-minded aspect to how Asian leaders conduct diplomacy these days. The focus is in protecting a narrow self-interest, which I hasten to add is unobjectionable and the fundamental nature of how a country interacts with the world. At the same time, there is no reciprocity from Asia to the attention which the world showers on the region – through trade, investment, and in providing a regional security umbrella. When was the last time an Asian leader, China excepted, took an active interest in Africa, a continent which would benefit more from advice and assistance from Asia rather than from Europe’s paternalism? 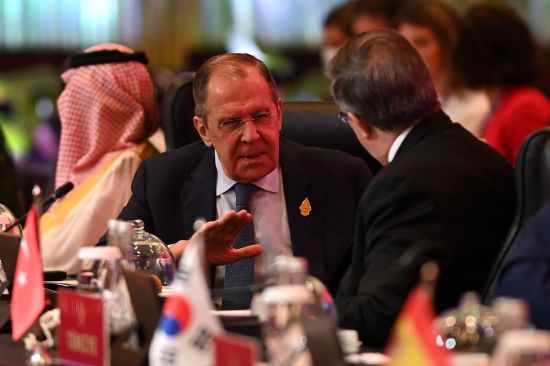 It is in this context that we should view Jokowi’s refreshing attempt at global diplomacy on Ukraine and Russia. As this year’s G20 Chair, the president has legitimate reasons to engage with the world at large. It is a particularly tricky role to play under current circumstances, and the approach Jokowi has taken is fraught with risks, even though G20 hosts typically do the rounds of the membership in advance of the annual summit, which will be held in Bali in November.

For a start, the G20 has practically stopped functioning as an effective global platform due to Russia’s escalating conflict in Ukraine. While the G7 segment in the grouping has stepped up economic sanctions against Russia, other G20 members such as China, India, Indonesia, Brazil and South Africa have taken nuanced or neutral positions. Indeed, Beijing and Delhi may be propping up the Russian economy by buying ever large quantities of crude oil.

As geopolitical ructions go, the divide between the G7 and large, developing countries over a global issue is the most significant since the end of the Cold War. For better or worse, this has become Jokowi’s problem to resolve if not heal and to demonstrate during the upcoming summit that the G20 is still fit for purpose in a fragmenting world. The G20 foreign ministers’ and finance ministers’ and central bank governors’ meetings in Bali in July concluded without the issuance of communiqués (though the chair released summaries), raising the stakes for the gathering of the leaders. The Indonesian president will need all his diplomatic nimbleness to maneuver through the global fault lines at the summit. It will be tough even to settle small matters such as how the obligatory group photograph of leaders might be arranged if G7 leaders refuse to appear alongside Putin.

The distressing aspect of today’s geopolitical divides is that the world needs more global cooperation today, not less, to deal with rising inflation, shortages of food and fuel, and lingering effects of the pandemic. Jokowi’s profound challenge will be in ensuring that disagreements over Russia do not torpedo the summit and there will be space for substantive discussions on how to deal with pressing global economic challenges. 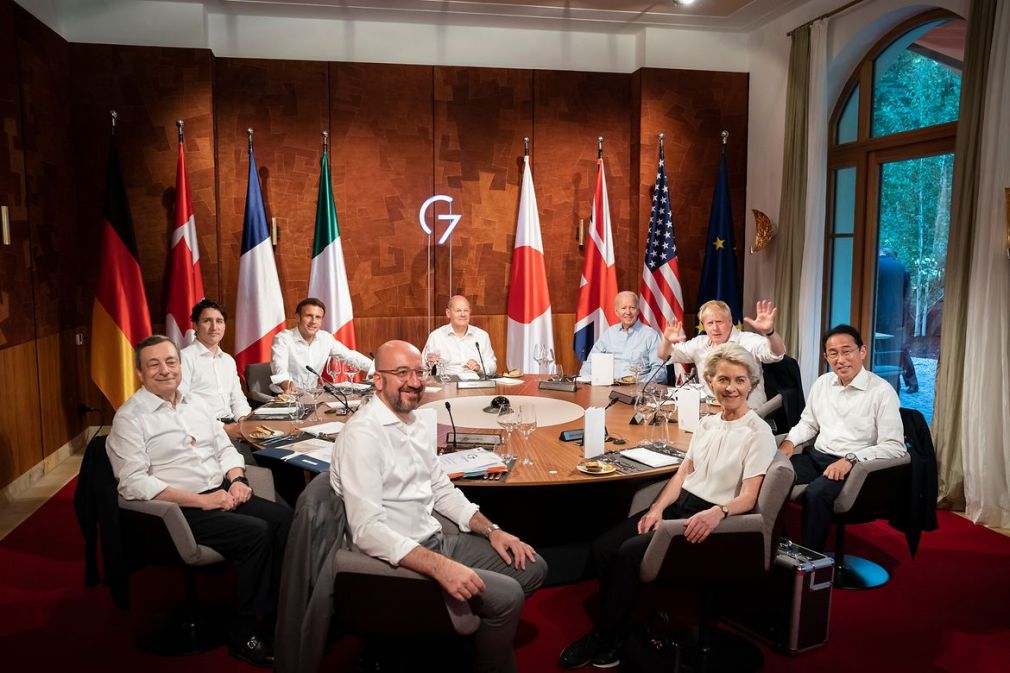 Russia not welcome: While the G7 (whose leaders met in Germany on June 26) has stepped up economic sanctions against Moscow, other G20 members including China and India have taken nuanced positions (Credit: Kugler/Bundesrepublik Deutschland)

The International Monetary Fund (IMF) estimates that 30 percent of emerging market countries and 60 percent of low-income economies are already in or nearing debt distress. UN agencies such as the Food and Agriculture Organization (FAO) and the World Food Programme (WFP) have also warned that “conflict, weather extremes, economic shocks, the lingering effects of the pandemic, and the ripple effects from the war in Ukraine push millions of people in countries across the world into poverty and hunger – as food and fuel price spikes drive nations closer to instability”.

The G20 emerged as the premier forum for managing the global economy in 2009 in the aftermath of the global financial crisis (GFC), proving its worth. In eclipsing the G7/8 by virtue of its claim to be more representative and balanced between developing and developed economies, it has since languished amid questions about its legitimacy and effectiveness, especially after the GFC abated. But with the double crisis of the pandemic and Ukraine now roiling the global economy, it is not clear whether the G20 can demonstrate its effectiveness once more.

Jokowi has a historic diplomatic opportunity in November to steady the ship of global cooperation. This will require speaking truth to major powers by telling the Americans and the Europeans that much as Russia’s invasion of Ukraine is a tragedy and violation of international law, it would be a dereliction of responsibility if this single issue dominated the leader’s summit. This is a tailor-made task for Jokowi (who will be the chair of ASEAN in 2023), a reluctant leader on the global stage who can also signal that the days of Asia sitting it out or taking a passive role in global crisis has passed. If he succeeds, he will set the stage for the next turn on the G20 platform by a major player from the region when India takes charge in 2023.

The Indian Vision of Buddhist Diplomacy