As Iranian relations with the United States soured after the 1979 Islamic revolution, Tehran turned to the Soviet Union and then successor state Russia, hoping to find an ally with whom it shared a mutual distrust of Washington. But Moscow proved unreliable as its policies toward the US shifted dramatically and unpredictably, writes Dmitry Shlapentokh of Indiana University. Now, Tehran hopes to find a more solid partner in a China that is prepared to challenge and compete with a weakened US and Russia. 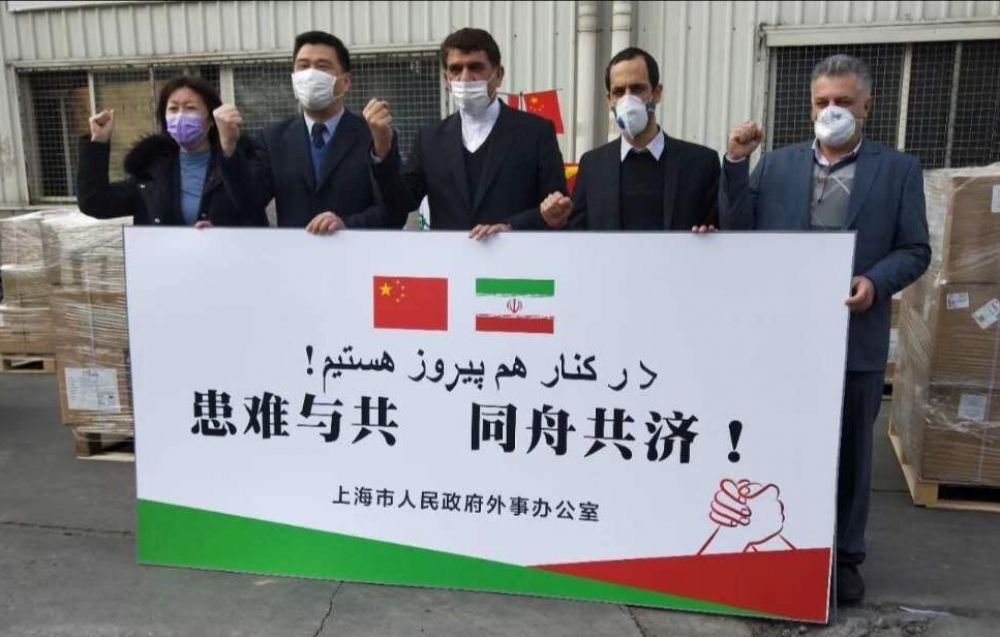 Empires in decline, the historian Edward Luttwak once noted, emphasize flexibility and diplomacy in the absence of brute force. In his book on the Byzantines, Luttwak praised their diplomatic savvy in dealing with geopolitical challenges of far stronger neighbors. This was, in his view, the reason why the Byzantium survived for so long. While their defeat by the Ottomans in 1453 is well known, the stage was set two centuries earlier when, in a monstrous act of betrayal, the Crusader armies attacked the heart of Christendom in the 1204 sack of Constantinople. Such an act of treachery was unprecedented and began the empire’s slow and steady decline. Great empires, after all, demand total loyalty in exchange for protection. Rome, beaten in several battles in the Punic Wars, relied on its allies in Italy to save the republic from Hannibal. Although wooed by Carthage, the Italian states, as well as the Gauls and the Celts, stayed faithful to Rome, their longstanding ally.

In the same way, when the Soviet Union collapsed, Iran thought its longstanding alliance with Moscow would continue under post-Soviet Russia. But Iran was quite disappointed, for instead of a reliable Rome, it found the new Russia to be a treacherous and narrowly pragmatic state. Since the beginning of the Iranian Revolution in 1979, Tehran has asserted that Iran belongs to neither the West nor the East and is a civilization in its own right.

But Iran has not been strong enough to deal alone with the great powers, especially the United States, which emerged as Iran’s most intractable enemy. While unmoved by Soviet ideology – Moscow was declared to be a “small Satan” – Iranians saw post-Soviet Russia as an essential ally. Early post-Soviet Russia was weak and isolated, despite Moscow’s assertion that Russia was now a member of the Western family. Iran emerged as the only market for Russia’s defense industry, and Moscow seemed to be excited about this. Iran undoubtedly was aware of Russia’s predicament and shortage of true partners and allies. Still, it was not the only reason why Iran turned to Russia. Tehran believed that Russia’s old imperial ethos would re-emerge and Russia would be a faithful ally and partner.

Early on, however, Tehran found out that Moscow was hardly that. The Moscow elite were bound to the West. It was there that they kept their money, bought real estate, and sent their families. The interest in Iran was fleeting and pragmatic. Iran was often just a bargaining chip in dealing with the West. Moscow easily succumbed to Washington’s pressure and in 1993 signed an agreement that set up the US-Russian Joint Commission on Economic and Technological Cooperation, known as the Gore-Chernomyrdin Commission, which among other things stipulated that Russia would not deliver weapons to Iran.

There was another implication of the agreement, albeit one not officially elaborated upon. Moscow promised Iran that it would finish the Bushehr nuclear plant, which had been started by a unit of West Germany’s Siemens in 1975.  After the Revolution, the Germans pulled out, and it was practically abandoned during the devastating Iran-Iraq war of 1980-88. Cash-strapped Russia agreed to finish the project, and Iran assumed that Moscow would complete the plant quickly, as should have been done by a faithful ally and partner.

The project soon became bogged down. When the prospect of a stronger Russo-American economic relationship became viable, Iran became less relevant. At the same time, when the prospects worsened, construction sped up. Moscow’s opportunistic and unreliable behavior continued through the Boris Yeltsin presidency (1991-99) and the first administration of Vladimir Putin (1999-2008).

Under Putin, the tension between Moscow and Washington increased, despite the fact that Moscow did not object to the emergence of US military bases in Central Asia. The Gore-Chernomyrdin Commission agreement was ditched at the beginning of Putin’s rule, as the Russian leader moved closer to the regime in Tehran. Later, in 2007, Moscow promised to deliver advanced S-300 anti-aircraft missiles in a deal that could have decisively changed the balance of power in the Middle East.

The S-300s could protect Iran’s nuclear sites from Israeli and US airstrikes and embolden Iran in building nuclear bombs. One needs to remember that North Korea, with its minuscule nuclear arsenal, pushed the US to pause before considering a “preventive” war. One might add that if Iraq indeed had “weapons of mass destruction” in 2003, Washington might never have attacked. Both the US and Israel of course opposed the S-300 deal, and Moscow, still opportunistic, decided to reverse its decision in 2010. Iran was outraged. After 2014, the relationship between Russia and the West, especially the US, worsened considerably, triggered by the political crisis in Ukraine. Moscow’s approach to Iran softened once again and the S-300s were finally delivered, and the Bushehr nuclear plant was finished.

Still, this did not mean that from that point on Moscow fully embraced Tehran as a true ally and partner. This could be seen in Russia’s dealing with S-400s, an improved version of the S-300. Iran was clearly anxious to obtain the weapons but did not get them, while Turkey not only received them but was  provided with generous loans to buy the missiles. The reason was simple: Moscow, at that time, was anxious to route a gas pipeline, which Russia badly needed, through Turkish territory.

Russia’s good relationship with Israel has also irritated Tehran. Pro-Iranian and pro-Russian forces have clashed in Syria. Thus, from the Iranian point of view, at least from a visible segment of the elite, Russia has hardly been a reliable ally, or even a reliable partner at all. Tehran simply could not count on Moscow in a crisis, and Russia, implicitly, does not have the ethos needed to be an imperial power. It has not enjoyed the cardinal virtue of a true imperial power – the sense of loyalty that transcends the immediate, fleeting interest of opportunity. 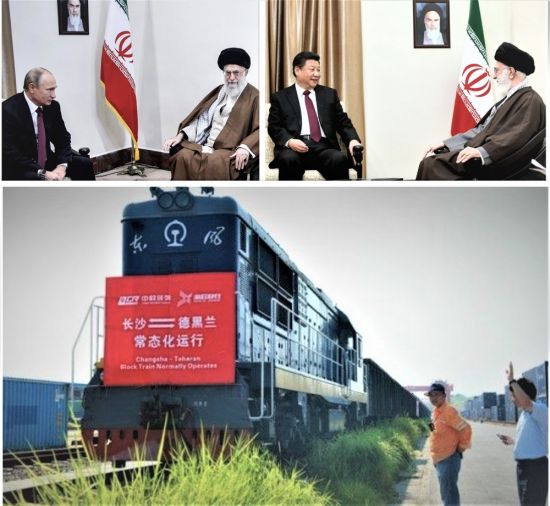 Iran’s disappointment at Russia’s failure to be a reliable partner and ally has caused it to turn to China. In China, Iran has found a source of important technology and financial resources that Iran lacks and Moscow cannot provide. Recently, China and Iran signed an agreement that would involve huge Chinese investment and close geopolitical and military cooperation. In exchange, Iran would provide oil to China, and Tehran would become an important staging post in Chinese leader Xi Jinping’s grand project: the Belt and Road Initiative, the goal of which is to create no less than a Sino-centric world.

The deal offered Tehran three key benefits. First, Iran, now under US sanctions, is starved for cash and the scale of the proposed Chinese funds would more than alleviate their effect. Second, China would provide Iran with modern technology. Finally, and most important, China was not likely to engage in the kind of double dealing that Iran suffered at Moscow’s hands.

The reason for China’s approach to Iran is the nature of Beijing’s current political and geopolitical culture. Both Washington and Moscow represent declining power and short-termism. Their unreliability as allies suggests that neither cares much about their geopolitical “credit rating”. They want immediate benefits right now, while the Chinese see the provision of technological  and financial help to their partners and allies as part of a broader, multi-generational vision of the future.

For one thing, China has essentially caught up to the US technologically and can easily produce advanced missile systems and nuclear plants. Moreover, a deal with China does not just mean the ability to buy modern weaponry, it is also the needed umbrella for Iranian exports. Iran mostly exports oil, not by pipeline but by tankers. The US is doing its best to block this trade and the Iranian navy is too weak to challenge Washington. But the People’s Liberation Army Navy is growing and, as time progresses, the US would become less eager to tackle Chinese ships escorting Iranian tankers. A US economic decline would also have direct implications for its military prowess if its massive defense budget suffered cuts, as may be possible because of the pandemic and a policy shift by the new Biden administration. Washington’s imperial presence would shrink with retreats from Afghanistan and Iraq and an overall diminished role in the Middle East. At that point, China would fill the vacuum. The China-Iran agreement might be seen, retrospectively, as a step in this direction. 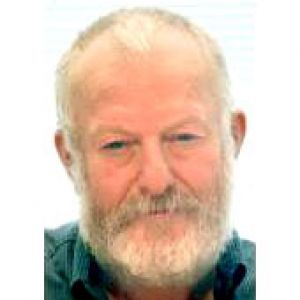