Covid-19 and Digitalization in Southeast Asia: A Crisis Within a Crisis

The transition to a digitalized society has been greatly accelerated by the Covid-19 pandemic. The virus has emphasized the need for reform and structural change, notably in education, business, healthcare, communications and banking, and has compressed the time frame for reforms. Reuben Mondejar of the IESE Business School and the Hong Kong Management Association, Chris Chu Wai-lung of the University of Surrey, and Arthur Gogatz of King Mongkut’s Institute of Technology Ladkrabang examine the transition to digitalization in the public and private sectors in Southeast Asia before and during Covid-19. In studying the impact of the pandemic in economies in the region, they conclude that leaders have focused on short-term needs and benefits without addressing long-term implications, arguing that the most pressing issues caused by digitalization are not technological but social. 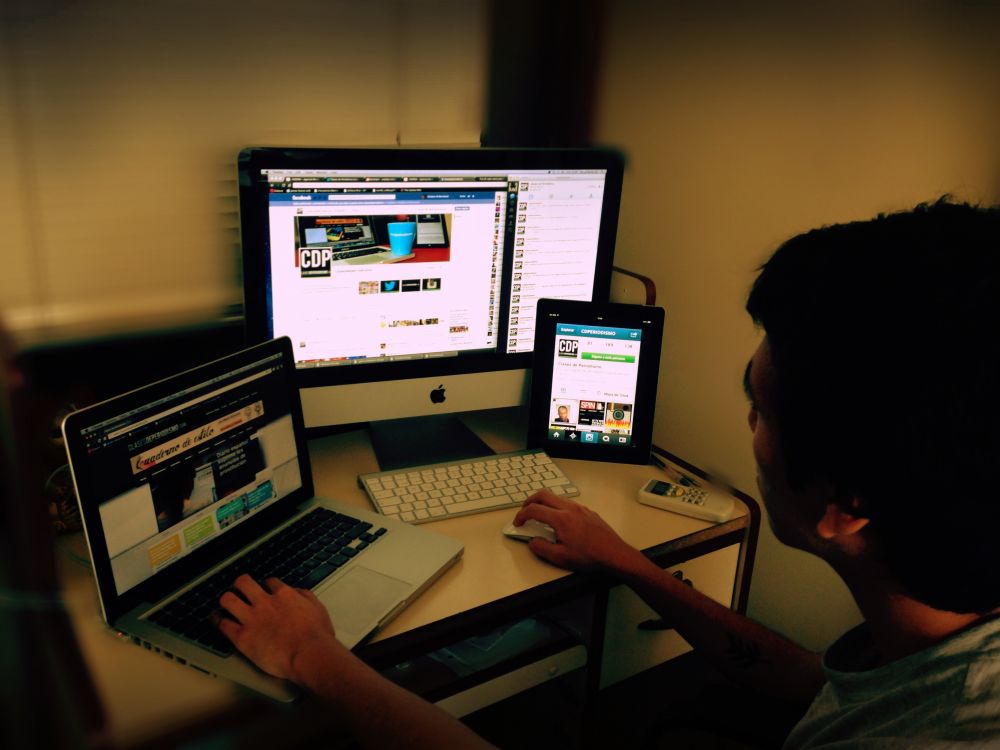 The future of jobs is now: The pandemic accelerated the digitalization of companies, including the need to support work from home (Credit: Esther Vargas)

A crisis is often perceived in business as a commonly occurring phenomenon which managers should be able to deal with. If we consider that crises are in fact uncommon, it helps to imagine solutions and responses which are better suited to the actual situations. Elements in a crisis may appear normal, but the overall situations are abnormal. Traditional thinking, procedures and rules, therefore, do not apply and normal solutions will more often than not be ineffectual. Covid-19 is unprecedented because it is a global health crisis which spawned a global economic crisis.

The acceleration of digitalization

Covid-19 has accelerated the implementation of digitalization with regard to artificial intelligence (AI), and while many have considered this a positive thing, it has also emphasized the need for reform and structural change in many sectors. Artificial intelligence was always threatening to create havoc. What has changed is the timeframe that governments and institutions believed they had to prepare for the changes.

In just two months of the pandemic, digital adoption leapt five years forward. A McKinsey Global Survey of executives published in October 2020 found that companies accelerated the digitization of their customer and supply-chain interactions and of their internal operations by three to four years and their share of digital or digitally enabled products by seven years.

Change requires some very hard decisions because everything today is linked and in many of the countries in Southeast Asia the list of “too delicate to touch areas” has traditionally been long. Covid-19 has brought a sense of urgency to the already budding but not widespread acceptance across the region of remote work. The biggest challenge for institutions was the compressed timeframe in which it all happened. It was a problem of hardware, connectivity, systems and a lack of digitization but also a failure of planning, organization and initiative.

Ten to 15 years was the typical timeframe for digitalization that companies were planning on before Covid-19. Instead of dealing with issues which required structural change, as the pandemic unfolded, many institutions initially adopted a wait-and-see approach. The uncertainty of when and how the crisis would end has been and continues to be an impeding factor because the business models have fundamentally been built on certainty.

The situation in Southeast Asia was chaotic. Many governments left lockdown decisions to regional governors or to the firms themselves. For employers, continuing to keep offices open was often the least disruptive and cheapest option. In Indonesia, employees struggled with remote working arrangements. Most of the apartments in cities such as Jakarta are small and shared by extended family, making it difficult to concentrate and to avoid background noise in meetings. The biggest issue was poor internet connectivity and technological infrastructure. Many firms also lacked cloud computing systems.

The private sector has more of a vested interest in AI than the public sector, which will face greater challenges in implementing digitalization. The public sector in developing countries usually employs more people than they need. In some developing countries, the civil service also offers lucrative incentives to resist change due to inherent and tolerated systems of corruption, which those involved will endeavor to preserve. 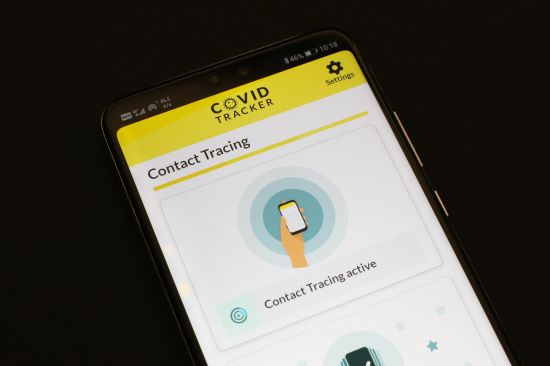 With Covid-19, contact tracing apps have become a common tool: Increasing concern that digital surveillance could lead to a deterioration or suspension of rights and liberties (Credit: Marco Verch Professional Photographer)

Two areas linked to digitalization that have been pushed by regional governments under Covid-19 are contact tracing and cashless society applications. In the context of infectious disease control, contact tracing has been an important means of control. At the same time, there is increasing concern that digital surveillance could lead to a deterioration or even permanent suspension of rights and liberties and other unintended consequences.

Various countries in Southeast Asia were moving towards becoming cashless prior to Covid-19, as consumers have wanted greater convenience. Many of these programs have been backed by government-sponsored money-transfer stimulus programs during the pandemic with a view to encouraging cashless transactions.

Digitalization is being perceived both as a global job destroyer and creator, causing firms to rethink job requirements. Leaders thus need to invest in upskilling employees and to support and motivate them in the face of steep learning curves and highly demanding challenges.

How to enact change – especially structural change that threatens established systems – is a multi-level challenge, akin to changing a tablecloth without upsetting the plates of food already on it. Political leaders in Southeast Asia, most notably in Thailand, Cambodia, Laos, Malaysia, Indonesia and the Philippines, share several things in common. Their power is centered on small segments of their societies, backed by powerful militaries.

The need to reform educational systems

All ASEAN countries maintain two-tiered educational systems, which if digitalization comes into full bloom, will require major structural changes. Many families are making financial sacrifices to get their children into private schools. The market for private, international schools has exploded across Southeast Asia in the last decade. In Malaysia, 10.7 international schools are opening every year. Thailand has 172 international curriculum schools, up from less than 12 a decade ago. Malaysia has 142 and Singapore around 63. China doubled its private schools between 2010 and 2015 and is now home to 567 international schools, second only to the United Arab Emirates (UAE).

Arinya Talerngsri, managing director of the Southeast Asia Center (SEAC) in Bangkok, remarked in 2018, that with Thailand depending on its human capital, it is time for the country to change attitudes that once associated success in life only with high academic degrees. The problem affects all countries in Southeast Asia which rely on two-tiered educational systems. Artificial intelligence and digitalization are threatening to create disruptions and instability primarily in the lower tier. AI will widen the gap between knowledge workers and others and will further intensify the new inequality based on access to information.

The World Economic Forum 2020 “Future of Jobs Report” stated that skills gaps will continue to be high as in-demand skills across jobs change. On average, companies estimate that between 40 percent and 50 percent of workers will require reskilling by 2025. The vast majority of firms, however, underestimate the amount of time and resources it will take to retrain workers when mindset changes are required.

The adoption of advanced technologies at work will increase the need for workers with finely tuned social and emotional skills, capabilities that machines are a long way from mastering. This will affect education and training and put pressure on the existing two-tiered system, which benefits the upper social classes more.

As Covid-19 stretches beyond its second year, Southeast Asia sees the army in power in Myanmar, strongmen in power in Thailand and Cambodia, single political parties in power in Laos and Vietnam, and democracy eroded in Hong Kong, the Philippines, Indonesia and Malaysia. These more social control-focused regimes and indeed all the governments in the region are facing critical questions posed by the digitalization imperative: Do they want to try to create more balanced educational systems, or will they aim to preserve the status quo? Do political leaders across Southeast Asia really want their populations, especially the younger tech-savvy among them, to think, question and challenge the established order and practices?

The threat from structural unemployment

The challenges for Southeast Asia from the accelerated pace of digitalization caused by Covid-19 are formidable. Structural unemployment refers to workers who are unemployed due to permanent shifts in the economy, often driven by processes like technological change. This situation is exacerbated when there is a mismatch between the skills that the unemployed have and the skills firms need. The number of structurally unemployed people has been rising under Covid-19. That will continue with digitalization. Disruptions can be expected in education, communications, social services, healthcare, hiring, law enforcement and the civil service. Digitalization is creating divisions in society that will only grow more pronounced. The longer Covid-19 continues the more the timeframe for reform will be compressed and the deeper the divisions will be.

This article is based on an AsiaGlobal Paper published in November 2021. 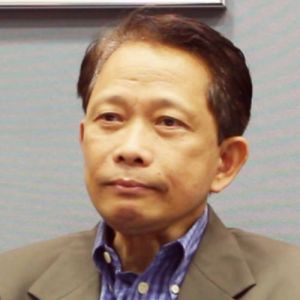 Reuben Mondejar is professor at the IESE Business School in Spain, adjunct professor at the Hong Kong Management Association, and president of the Asian Studies Association of Hong Kong. He was previously associate professor at City University Hong Kong and served as associate of the US-Japan Program at the Weatherhead Center for International Affairs at Harvard University. His current academic interests cover international business as they impinge on the various geopolitical and economic integration elements that are relevant to China and the ten countries of Southeast Asia (ASEAN). He is a regular Asian affairs commentator for international news providers CNBC, CCTV (China Central TV and CGTN), BBC, Bloomberg, CNN, & Reuters. He has held visiting academic appointments at Oxford University, Cambridge University, the Leibniz Institute for Economic Research, and the Kiel Institute for World Economics. He holds degrees in economics, finance, international studies, and organization theory. From the Philippines, he was educated at De La Salle University in Manila, Harvard University in the US, and the IESE Business School (University of Navarre) in Spain. Dr Mondejar is the author or co-author of eight books. His articles have appeared in the popular press, as well as prestigious academic journals. 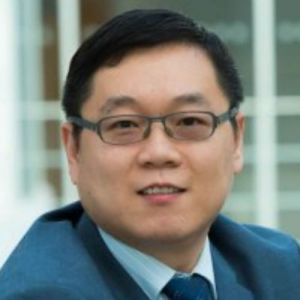 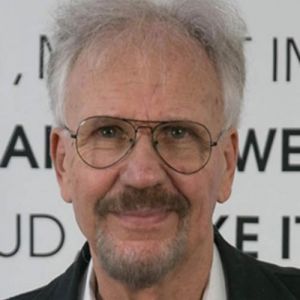 Arthur Gogatz is an associate professor at King Mongkut’s Institute of Technology Ladkrabang in Bangkok, Thailand, and director of World Innovation Team LLC, an international consulting firm based in California, USA, and Bangkok. He has over 30 years of university teaching experience, mostly at the graduate level. He has over 20 years of consulting, training and coaching experience. His main teaching and research areas are creativity and innovation in business, design thinking, change management and crisis management. He has taught in 24 different countries worldwide and lectured at 45 institutions. His background and education were in the fine and performing arts and in business. He studied in the US and France, and has lived in North America, South America, Europe and Asia. From New York City, he was previously a corporate account executive, creative director, and vice president. He is a frequent keynote speaker at international conferences, especially in Southeast Asia.