In the May 21 general election, Australians will make a pivotal choice as they consider the country’s divided society, strained relationships in the region and its timid efforts so far to be a future-ready nation, writes David Morris of the Sustainable Business Network of the United Nations Economic and Social Commission for Asia and the Pacific. 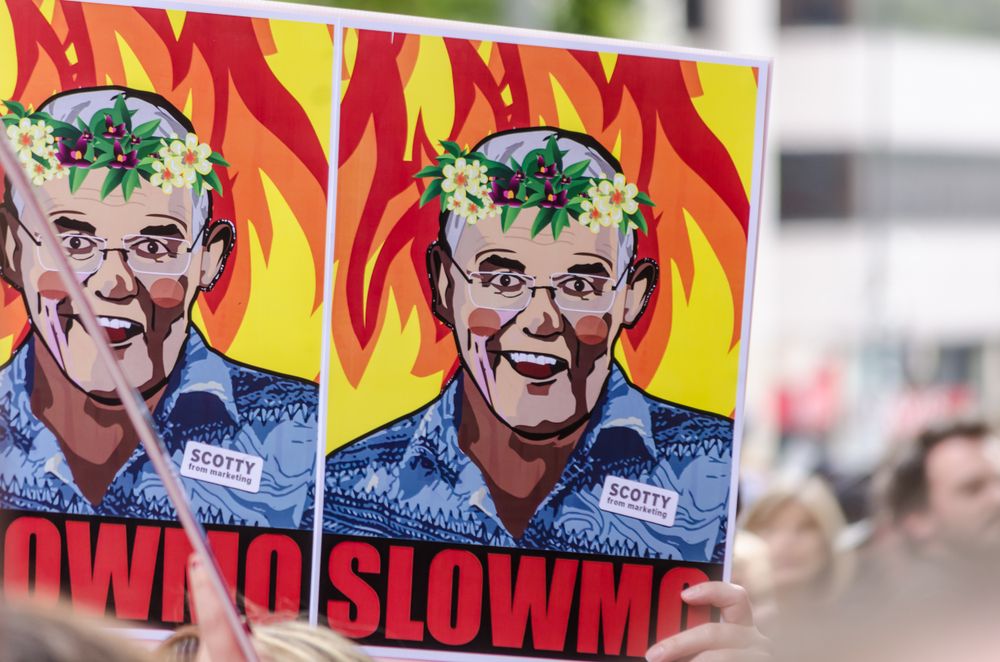 Protest for climate action, Adelaide, January 10, 2020: The next government will have to step up efforts to address global warming (Credit: Greyboots40 / Shutterstock.com)

In the so-called “lucky country”, complacency usually rules. Most Australians care little about the which party wins its regular parliamentary elections, held every three years. On May 21, with a splintering society, shattered regional relationships and persistent failure to reinvent the economy for the 21st century, Australians have the chance to re-elect a widely despised government or to hand the reins to a cautious opposition with a surprising choice of leader.

If the opinion polls are to be believed, the opposition has the upcoming Australian election in the bag. This was, however, the same result expected by pollsters and expert observers at the last election three years ago. Nothing is certain until the votes are counted, and much can influence disinterested and disengaged voters in the crucial weeks of an election campaign. 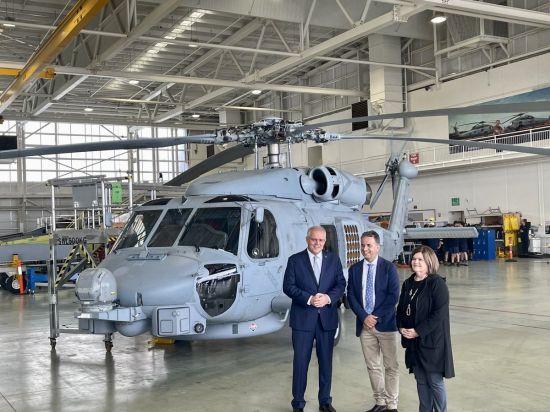 Prime Minister Morrison announces the upgrading of Australia's military helicopter fleet, May 8: His critics say he is a marketing man with no interest in the capacity of government to implement change (Credit: @ShubaSKrishnan on Twitter)

As an expatriate, watching the scandals and calamities of recent Australian politics from overseas these last years has been starkly different from the experience of watching Australia from afar three decades ago. Back in the 1990s, Australia was a model of good governance, leading the world in economic reforms that opened up the economy to become more competitive, while avoiding the excessive ideological zeal of neo-liberalism elsewhere. These days, Australia has slipped behind in digitalization and the green transformation, stubbornly resisting instead of leading.

Australia used to have an egalitarian ethos, embracing its multiculturalism and looking after those who need a hand up with a generous but targeted welfare model. That egalitarianism has worn thin as working families struggle with inflated housing costs and insecure workplaces. Aged care is in crisis. Politicians fueling fear and hatred have stirred up racial and other tensions by adopting the populist tactics of demagogues around the world.

Thirty years ago, it seemed Australia was finally ready to resolve its central identity dilemma. It abandoned the disgraced notion of terra nullius, which had dismissed the plight of the continent’s indigenous peoples. Australians seemed ready to recognize the central place in the nation’s identity of its First Nations. Further, Australians seemed ready to become a republic so that contemporary Australia would reflect its egalitarian, multicultural and democratic values. Yet these hopes remain unfulfilled.

Governments of the last decade have spurned the idea of leaving a legacy and have become comfortable simply to play politics as a game, rather like the complacent Australia of the 1950s and 1960s, which author Donald Horne famously scorned as “The Lucky Country”. The prime minister, Scott Morrison, lurches from one glib, smirking photo opportunity to the next, a marketing man who appears to be totally focused on announcements, with no interest in the capacity of government to implement change. Morrison’s character has been under relentless attack from his own colleagues and even French President Emmanuel Macron, who has described Morrison as a liar. (This was after Australia abruptly abandoned a nuclear submarine deal with Paris to forge another one with the US and the UK.) 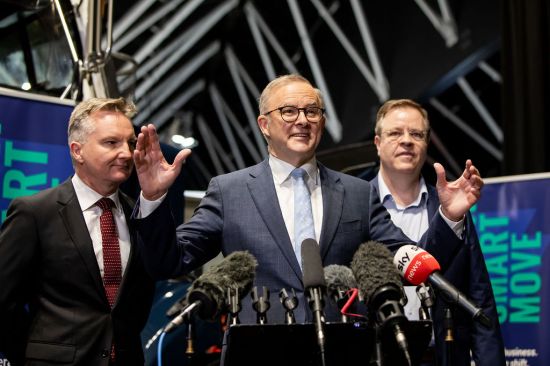 Leader of the Opposition Albanese outlines his party's energy policy, May 4: A breath of fresh air? (Credit: @SmartEnergyCouncil on Twitter)

While politics as a game suits the current era of soundbite media and social media, the last three years have been marked by significant policy failures. Scandals in government met a wholly inadequate response in addressing a culture of sexual harassment and alleged rape in the parliament and in the government’s continued opposition to any meaningful anti-corruption body. Blunders in responses to natural disasters, quarantine and vaccine rollouts will not easily be forgotten. And polls indicate not all Australians are convinced by the government’s McCarthyist turn and its penchant for provoking China (and its Pacific Island neighbors) instead of a more measured response to both the risks and the opportunities of China’s rise and the subtleties of regional relationship-building.

Indeed the government is facing an internal rebellion of its liberal-leaning members and supporters, who reject its sharp turn to the right, in particular its truculence in keeping Australia well behind most of the world in its response to climate change. Smart, articulate independent candidates – many of them women – stand a chance of displacing ruling party candidates at the election. Yet, more conservative states, in particular Queensland, may yet dig in deeper in support of the government’s rightward direction.

Meanwhile, the opposition has played it coy, keeping a low policy profile and hoping the government will defeat itself. Rarely has such a ploy worked, although these are strange times and it is an uncommonly incompetent government. The opposition has rolled out policies on work security, aged care and more action on climate change, all of which only appear bold in comparison with a moribund government. There is little that is ambitious or transformational. Its leader – a longtime leader of the Labor Party’s left wing - is an unconventional choice, and will either prove to have been too unconventional or may just be the right person for these times.

I spent a lot of time with Anthony Albanese, the opposition leader, back in our 20s. While we were young and probably said and did things older and wiser people would not, I do believe I took the measure of the man. I have no doubt about what kind of leader he will be, if he is elected by the Australian people to be prime minister on May 21. He is authentic, inclusive and entirely up to the job of restoring long term, strategic governance. I would not agree with everything he does, just as I did not all those years ago, but he is the real deal.

Through his long parliamentary experience, he has demonstrated a passion for the institutions of liberal democracy, embraces the rough and tumble of parliamentary debate and the forensic process of weighing evidence before making policy decisions. Further, he has a track record in previous Labor governments of achieving parliamentary outcomes, sometimes against all odds. He is a respectful listener and a loyal person, unlike most politicians in my experience. The battered institutions of Australia’s democracy could do with a breath of fresh air, not least an anti-corruption body and an infusion of new talent that is more representative of Australia’s diverse society.

Might Australia really be at a tipping point? Australia needs to restructure its economy to realize the opportunities of renewable energy, new technologies, new jobs and new infrastructure needed for the green and technological industrial revolution. It needs to find an authentically Australian way to understand itself, including First Nations and Australia’s uniquely multicultural reality, to strengthen its social cohesion at a time when divisiveness has too often been tactic of choice. It needs a serious debate and, ultimately, a grand strategy to position itself to be safe and to prosper from the changing world balance, by learning how to better build partnerships with its own region and globally. It must address climate change. All of these imperatives point to the need for change. That is in the hands of the Australian people on May 21.

Evans, Gareth. (June 18, 2020) “How not to Respond to China”, AsiaGlobal Online, Asia Global Institute, The University of Hong Kong.

Morris, David. (March 11, 2021) “How Australia Poked the Dragon – and What to do about the Consequences”, AsiaGlobal Online, Asia Global Institute, The University of Hong Kong.