How Not to Respond to China

Australia’s relations with China, already under stress, have deteriorated further during the Covid-19 pandemic. Gareth Evans, who served as Australian foreign minister from 1988 to 1996, writes that, as Beijing pursues a more assertive foreign policy, the crucial issue is how Australia and others find a way to live with China while pushing back whenever it over-reaches. 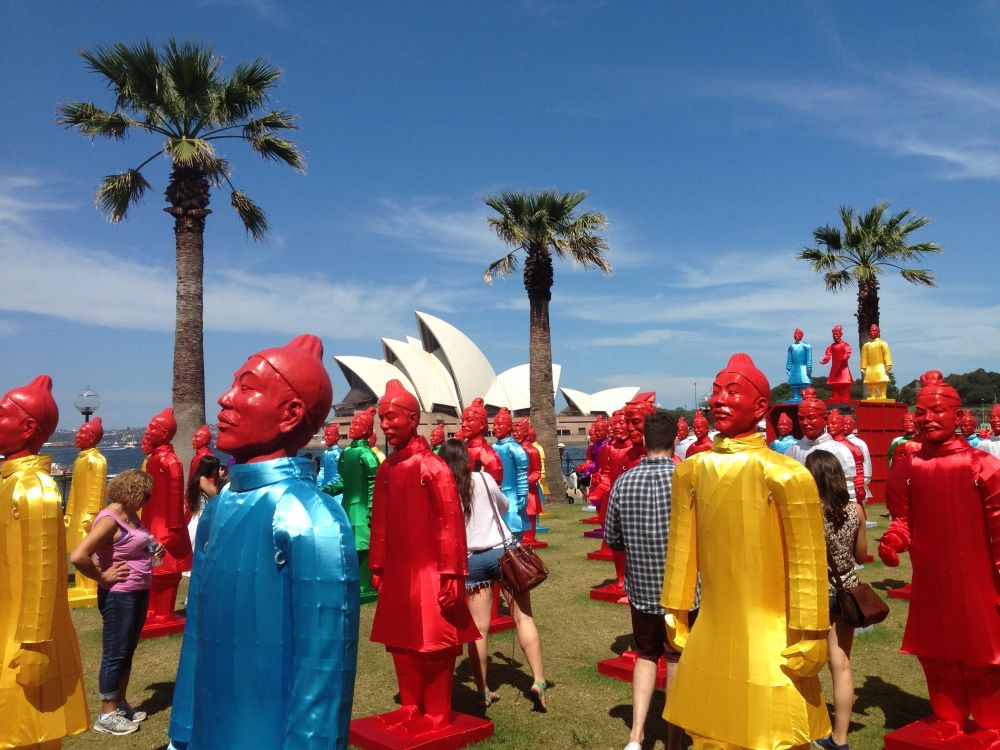 Australia-China bilateral relations are as bad as they have ever been and rapidly getting worse. China is an authoritarian state, and an increasingly assertive one, and there are many grounds for concern about its recent behavior, both externally and internally. But the Australian government, mainstream media and various other influential voices have taken to expressing that concern in ways that are more and more obviously counterproductive both to our own national interests, and to the interests of those whom we want to help. Our actions are generating reactions, and we are being caught up in an escalatory cycle with no end currently in sight. Escaping from that spiral will not be easy, but not impossible. Others in the region and beyond are facing similar dilemmas, and it may be that there are lessons to be learned from the Australian experience.

The most striking change in Australian discourse in recent months is that signs of ever-more strident Sinophobia are now everywhere to be seen. In a daily drumbeat of hostile mainstream media articles, with the Nine/Fairfax press now indistinguishable from Rupert Murdoch’s. In the government’s ill-thought rush to single out China for international blame over Covid-19. In Foreign Minister Marise Payne’s ever more unbalanced statements and the opposition’s unwillingness to call them out. In the government’s, and opposition’s, excessive deference to the recommendations of a national security and intelligence community now itself more collectively deferential to Washington (notwithstanding its catastrophically dysfunctional current leadership), and to the views of the Five Eyes group it leads, than I can ever remember.

And more. In the government’s decision to cut off funding for the China Matters think-tank, until now no-one’s idea of a pro-Beijing patsy. In the over-reaction to the Victorian State government’s (no doubt a little naively optimistic) efforts to win international infrastructure contracts by supporting China’s Belt and Road Initiative. In members and senators from both sides signing up to the new, unremittingly hostile Western lobby group, the Inter-ParIiamentary Alliance on China. In the government’s indifference or worse to the plight of legions of Chinese students either stuck here in economic distress or anxious about their academic future, and to the universities who are trying to support and reassure them. And in the way all this has contributed to overt expressions of community racial hostility towards Chinese citizens, residents and visitors most of us had thought a thing of the past.

All this, inevitably, has fed into an escalatory cycle in which Australia has been on the receiving end of a succession of further pinpricks: most recently assaults on beef and barley exports, threats and warnings on tourists and students, and – hardly coincidental in its timing – a death penalty judgment against an Australian citizen. While some of the wolf-warrior foreign ministry railings and hyper-nationalist Global Times thunderings can safely be discounted for now – and it is extremely unlikely that China will seriously inhibit resources trade with Australia in the coal, gas, and above all iron ore, crucial for its own economy – there is no doubt that it has the capacity, particularly if outright bans were placed post-Covid-19 on tourist and student travel here, to damage us very seriously indeed.

So how should Australia and other countries similarly conflicted balance our concerns with our interests? I certainly do not argue in any way for complete capitulation. There are many entirely legitimate grounds for us and others questioning, challenging and contesting China’s recent behavior. Its militarization of contested reefs and islets in the South China Sea has been in shameless defiance of international law and in breach of its own undertakings, and Australia has been right to publicly call this out. So too have we been right to challenge Beijing's security law provocations in Hong Kong as utterly offensive to the spirit and letter of the 1997 handover agreement. And to be strongly critical of its treatment of Uyghurs in Xinjiang and of its Tibetan people and their and culture. And to regularly express concern about harshness of its criminal justice system – not just when our own citizens are caught up in it – as counter not just to our own but universal human rights values. And to take strong measures to protect our national institutions from being undermined through improper influence, and our major infrastructure from unacceptable security risk, including from companies manifestly beholden to Chinese government direction.

All that acknowledged, the crucial issue is how we and others should push back against China when it over-reaches – how we and others should make our points in defence of our national security and economic interests and good international citizenship values. China is hugely important to the future of a great many of us, not going away, and we are going to have find ways of living with it. 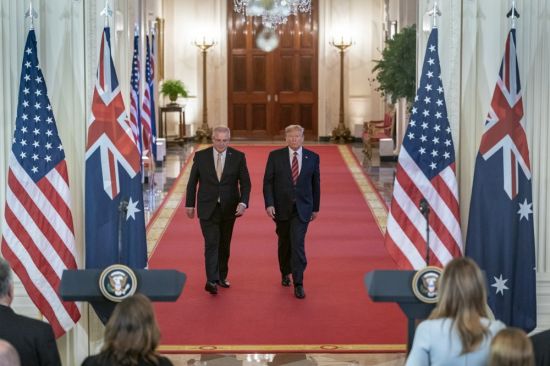 The first need is to keep criticisms calm and measured, and within rational bounds. In international diplomacy, words are bullets, and they always have to be chosen carefully, particularly in public discourse. Former Australian Prime Minister Malcolm Turnbull found this, to Australia’s cost, in 2017 with his too-clever-by-half invocation, in Mandarin, of the Maoist injunction for the people to “stand up” against foreign interference, which has still not been forgotten in Beijing. Loss of face causes many more intractable political problems, and stands much more in the way of their solution, than loss of dollars. Every official statement (or, sometimes, non-statement to dampen an inflammatory media or other comment) should be made with that reality in mind.

None of this means ignoring sensitive subjects, or holding back in making clear our own commitment to democratic and human rights values. My mantra as Australian foreign minister, when it came to making representations on these issues, had three dimensions. Obviously do anything likely to be productive – for ethnic minorities under siege, detained dissidents, prisoners on death row or the like; less obviously but not unimportantly, do not shirk from doing that which is manifestly unproductive, but at least valuable in making the point in question, and encouraging others internationally to build like pressure; but avoid at all costs doing that which is counter-productive, making things worse for those one is trying to help, which is very often the case when the public megaphone rather than private voice is employed.

The second need, in navigating present and likely future tensions, is to see China’s present international assertiveness in its historical context, and read its intentions and respond to its provocations accordingly. Much of China’s behavior is no more than what can and should be expected of a dramatically economically rising, hugely trade-dependent regional superpower wanting to flap its wings and reassert its historical greatness after more than a century of wounded pride – certainly wanting to buy strategic space for itself, certainly wanting the military capacity to protect its economic lifelines, and certainly wanting an influence in global policy-making consonant with its new strength.

While Beijing would unquestionably like to play the role of regional hegemon, and will push every available envelope of influence as far as it can within our region and beyond, it seems inconceivable that (with the possible exception of Taiwan) it could ever judge that the benefits of outright military aggression outweighed the costs. Of course every country has to premise its defence policy on potential adversaries’ capability, not present intent. In Australia’s case, as our confidence in US alliance protection declines, so must our self-reliance increase. But the notion that China is hell-bent on military conquest is for the indefinitely foreseeable future wholly misconceived.

The third requirement, when a relationship is under the kind of strain Australia’s has been with China, is for diplomacy to focus hard on potential shared interests, issues that can unite rather than further divide. In Australia’s case, one of the most productive ways of building new content – not just economic – into our presently very one-dimensional relationship is to play both on remains of our own longstanding reputation as a good international citizen, committed to finding effective multilateral solutions to global and regional public goods issues, and China's desire to project soft power.

Beijing's efforts to improve its image have often been clumsy, and occasionally counterproductive, but in areas like international cooperation on climate, peacekeeping, counter-terrorism, arms control and – dare I say it – for the most part in response to pandemics (notably Ebola), it has in recent times been playing a more interested and constructive role than has generally been recognised. Some will of course say that Chinese leader Xi Jinping’s rapid occupation of the climate space abdicated by the US, and his rush, similarly, to champion the virtues of free trade, has been just cynical opportunism. But the options should be explored. Nothing is more important for our future safety and sanity than that we live in a region, and world, focused not on confrontation but cooperation. And focusing on those problems which concern us all, and are incapable of resolution except through international cooperation, does offer an escape route from the kind of mess Australia’s relations with China have become in recent times, and that many others will want to avoid. 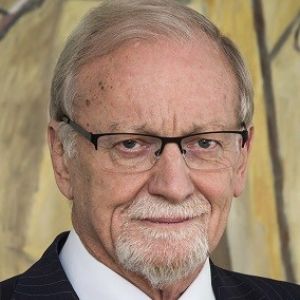 Gareth Evans was Australian foreign minister from 1988 to 1996, president of the International Crisis Group from 2000 to 2009, and chancellor of The Australian National University (ANU) from 2010 until 2019. He is now distinguished honorary professor at ANU.