Growing media and societal attention on environmental issues has prompted researchers to examine factors that contribute to making companies greener. New research has found that corporations with more women in their leadership teams are less likely to be accused of breaching environmental law. 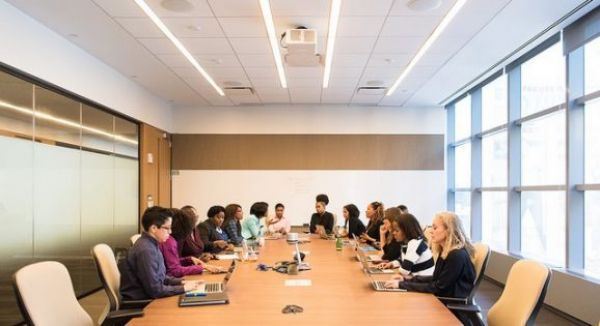 The findings of a new study highlight the importance of gender diversity in a boardroom in making environmental decisions: firms with more female directors on their boards are less often sued for environmental violations. The gender of the chief executive officer (CEO) also matters. While firms led by female CEOs encounter fewer environmental legal challenges, the presence of a female CEO only makes a difference in firms that have low board gender diversity, and not in firms that have high board gender diversity. Conversely, having more female directors makes a bigger difference when the company is run by a male CEO.

The study, first published in the Journal of Corporate Finance, analyzed 1893 environmental lawsuits levied against Standard and Poor’s 1500 (S&P 1500) companies in United States federal courts over a 16-year period, from 2000 through 2015. A reduction in the frequency of environmental lawsuits means significant savings for a firm. The board of directors of an average S&P 1500 company consists of nine members. For every additional female director on its board, a company experiences a reduction of 1.5% in the frequency of environmental litigation.

A seminal study conducted at the University of Washington found that an environmental allegation triggers a significant decline of 2.26% in the share price of an accused firm. For an average S&P 1500 company, this translates to a loss of US$204.3 million of its US$9.041 billion market capitalization. Therefore, a reduction of 1.5% in environmental lawsuit risk is equivalent to a saving of US$3.1 million in litigation-related costs for a firm.

An environmental allegation triggers a significant decline of 2.26% in the share price of an accused firm.

One potential challenge to the findings is that the results might be driven by industry differences, as firms in certain sectors are more likely to encounter environmental lawsuits but also, simultaneously, less likely to hire female managers and directors. To deal with this potential concern, the study controlled for industry differences in the statistical analysis and employed measures to ensure that results were not driven by industry variations.

Previous studies have found that, besides gender, other characteristics of corporate decision-makers are also important in determining a company’s commitment to environmental and social responsibility. Factors such as the number of directors on a board, the proportion of independent board members, and the CEO’s personal traits, such as political ideology and narcissism, all affect the ways in which a company treats its stakeholders in the wider community. Until now, the link between gender diversity in corporate leadership and environmental lawsuits has remained unexplored and unknown.

Outside the boardroom, women tend to outperform men on small day-to-day practices to help protect the environment. Research has found that women recycle more, consume more green products, and are more likely to take steps toward reducing carbon emission such as by weatherproofing their homes. As a result, women tend to leave smaller carbon footprints than men. However, are these general traits associated with the female population carried into the boardroom to influence corporate decision-making?

For every additional female director on its board, a company experiences a reduction of 1.5% in the frequency of environmental litigation.

A Harvard psychology study posits that girls, from an early age, are taught to be more sensitive to the needs of others, reflecting the expectations of those around them. Research has found that female directors bring the ethical traits of empathy and care into a boardroom. According to a study that surveyed 628 directors and CEOs of public companies, female executives and directors demonstrate stronger benevolence and universalistic concern for others. In contrast, male executives and directors exhibit stronger power-orientation. Female voices in the boardroom therefore help companies to keep in sight the welfare of wider communities of stakeholders, not just a firm’s own shareholders, when making environmental decisions.

In addition, women can improve the decision-making process in a boardroom by providing different perspectives. Business research has shown that the more diverse a group of decision-makers (in terms of race, gender, and nationality), the better the quality of collective decisions it makes. This is because diversity allows a group to access a broader base of knowledge and information, to examine an issue from a greater number of perspectives, and to create a wider range of potential solutions. Given that women still only constitute a minority in modern boardrooms around the world, the presence of more women improves gender diversity in corporate leadership. Having a balanced mix of men and women is important to facilitate better decision-making in the boardroom.

Globally, women are underrepresented on corporate boards, according to a 2017 report by Deloitte. Women hold only 14.5% and 20.8% of board seats respectively in North America and Australasia, even though women account for 47% of the workforce in the U.S. and Australia. The report also showed that Asia is trailing behind many other global regions in boardroom gender diversity. Only 7.8% of board seats in Asia are occupied by women, compared with 22.6% in Europe and 18.8% in Africa.

Asia is trailing behind many other global regions in boardroom gender diversity.

Many regulators in Asia are undertaking initiatives to encourage corporations to improve their boardroom gender diversity. According to the Deloitte report, Malaysia introduced a gender quota in 2011, requiring companies with more than 250 employees to have 30% women in senior management and board positions by 2016. India adopted a policy in 2013 mandating at least one woman on the board of all publicly listed companies. Japanese Prime Minister Shinzo Abe announced his intention to ensure that “Japan’s boardrooms will be enhanced by a greatly increased number of female directors” by 2020. While there remain ongoing debates in Asia over whether gender quotas should be imposed, many countries are making strides toward more gender-egalitarian boardrooms.

As climate change confronts humankind as one of its greatest challenges, global efforts are needed, especially from large corporations, to help preserve the environment. Given the urgency of environmental problems worldwide, female corporate leaders stand to make significant contributions to societies by playing an important role in influencing corporate environmental conduct.

Deloitte. “Women in the Boardroom: A Global Perspective.” 2017.

Chelsea Liu is a senior lecturer at the University of Adelaide Business School. Her research focuses on corporate governance and environmental responsibility. Her work has been published in internationally renowned journals, including "Journal of Corporate Finance," "Journal of Empirical Legal Studies," and "Journal of Business Ethics."