The Covid-19 outbreak has led to nearly 300 million cases of the coronavirus and over five million deaths. It has triggered a global economic crisis, putting hundreds of millions out of work. The pandemic has also taken its toll on the mental health and wellbeing of individuals, with families, even in the same location, separated and unable to gather due to lockdowns, social-distancing rules and quarantine requirements. In this personal reflection, longtime Hong Kong resident Deborah Kan, founder of Being Patient, an online platform aimed at highlighting the perspectives of healthcare consumers, writes about her family’s decision to leave the city due to its public-health policies and the pressures they imposed. 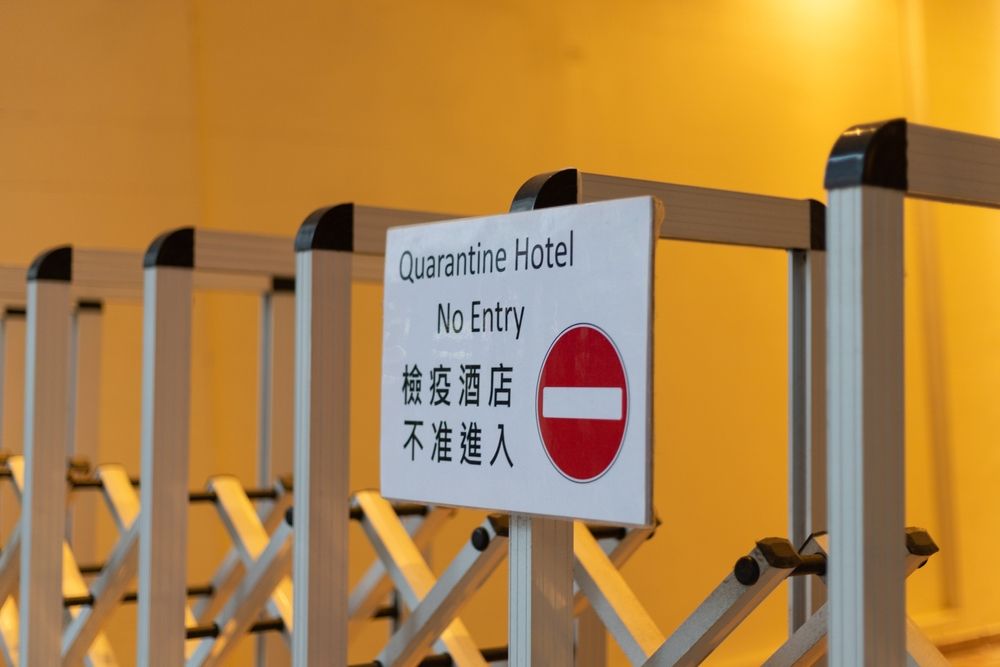 Long-stay guests only: Passengers arriving in Hong Kong from a high-risk country such as the US and UK must undergo three weeks of quarantine in a designated hotel at their own expense (Credit: James Jiao / Shutterstock.com)

On August 8, 2020, after living in Hong Kong for over two decades, I boarded a Cathay Pacific flight to San Francisco with a roundtrip ticket and one suitcase. One week later, I decided not to return. I never intended to leave Hong Kong. My entire professional career as an international journalist has been in Asia. All three of my children know no other home than Hong Kong. My father is originally from the city, and I still have many family members who live there.

Given the Hong Kong government’s stringent “zero-Covid” policy, I felt forced into making a choice I would have never made if the city’s pandemic policies had been different. Living in Hong Kong as a person with family abroad or someone used to traveling for business or pleasure has meant choosing between weeks, possibly months, of quarantine, with requirements that extend far beyond international pandemic safety standards, or not seeing your loved ones, clients, or business associates for now well over a year and longer.

In my case, I had to decide just how much time I wanted to pass before I again saw my parents – both over the age of 85 and my mother living with Alzheimer’s disease. Time is precious, and one year is an eternity if you are unable to see someone suffering neurodegeneration. My biggest fear is that my mom would not recognize me when I next visit. If I did not see her for an entire year, I knew that day would come sooner. The harsh restrictions on travel also meant that my son and daughter, who are studying at universities in California, could not come home for Christmas and possibly the summer holidays, no matter how many negative test results they would need to show. 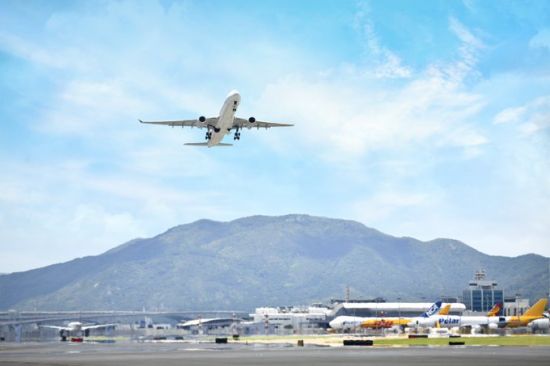 Taking off: After nearly two years of the pandemic, onerous restrictions, particularly return quarantine rules, have taken their toll on families (Credit: @hkairport on Twitter)

In the event of Covid-19 exposure, both the World Health Organization (WHO) and the US Centers for Disease Control (CDC) recommend a 14-day quarantine period. In Hong Kong, however, anyone coming from a “high risk” country, as the United States is currently classified by the government, is subject to a mandatory, 21-day isolation period, locked inside a hotel room, where in most cases, the windows cannot be opened, regardless of exposure and at their own expense. Residents coming into Hong Kong need to have proof of a negative PCR (polymerase chain reaction) test 72 hours before boarding a flight. This has meant that the majority of people entering the city neither have Covid-19 nor will they spread it into the community.

By the time you leave isolation in Hong Kong, you will have had a minimum of four PCR tests from start to finish and spent as much as US$2,500 to over US$10,000 on your stay in a designated hotel.

At the beginning of the pandemic, my family and I felt lucky to be in Hong Kong. Like the mothership that was guiding the smaller ships through uncharted waters, Hong Kong, its public-health authorities and the people knew what to do, thanks to their experience with past virus outbreaks such as the H5N1 avian flu in 1997 and the Severe Acute Respiratory Syndrome (SARS), a coronavirus which spread to the city from mainland China at the end of 2002. Because of this knowledge, Hong Kong was arguably one of the best prepared places in the world for a pandemic. At that time, a 14-day home quarantine was mandated, monitored by an electronic bracelet. In hindsight, that was nothing compared to what returning residents are subject to today.

As the pandemic unfolded, the Hong Kong Special Administrative Region (SAR) government Chief Executive Carrie Lam Cheng Yuet-ngor launched a rigorous vaccine campaign which was launched in February 2021 but was slow to take off. The latest government data show that almost 70 percent of the population is now vaccinated. Nevertheless, the quarantine rules have only become stricter. More countries, including the US and UK, were shifted to the “high risk” category, with anyone returning from these destinations subject to the draconian 21 days of confinement.

On arrival in Hong Kong (only residents and those taking up employment in the SAR, with certain exceptions, are allowed entry), passengers who test positive are immediately sent to hospital, even if they are asymptomatic. To be released, a person must have two negative PCR tests, seven days apart. The government recently amended the rule to require such a person to wait out an additional 14-days in quarantine in a facility.

For Hong Kong residents who are vaccinated, the rules have not changed. A friend visited a dermatologist and was contact-traced a week later after a nurse in the office tested positive for Covid-19. My friend, who had had two shots of the Pfizer-BioNTech vaccine, tested negative, yet she was carted off to a designated hotel for 21 days until she was deemed safe to re-enter society. She was lucky – some people who are tracked have ended up in a quarantine camp on the outlying island of Lantau, where living conditions are spartan.

Stories like hers are becoming more common, understandably leaving people to question if politics is taking precedence over public protection. Chief Executive Lam has stated several times that the Hong Kong government’s priority is to open its border with mainland China and to do so, it will stick to its zero-Covid policy.

China’s state media has frequently hailed its management of Covid-19 as the world’s pandemic success story. When the virus first began to spread, its use of authoritarian control to lock millions inside their own homes for three months to prevent contagion was indeed effective. But even today, the country is experiencing more outbreaks including of the highly contagious Delta variant, most recently seen in the northeastern city of Dalian.

A research study published in Molecular Research looked at the impact of quarantine on the mental health of over 55,000 people in China during the pandemic. Unsurprisingly, the study found that people who experienced quarantine measures had a higher prevalence of moderate to severe levels of depression, anxiety, insomnia and acute stress. While the suicide rate in Hong Kong in 2020 declined from the year before, the sharp rise in the number of suicides among children under 15 and elderly women may have been due to mental-health issues during the pandemic, a University of Hong Kong study has found.

Meanwhile, the rest of the world is moving on, understanding that we must coexist with Covid-19 rather than attempt to eliminate it completely. The vaccinated may still worry about getting infected and then becoming too sick, especially if it has been over eight months since they received their second jab and have yet to get a booster. But for the most part, they are well protected. Consider the case of my son, who got infected, along with four of his roommates. All were vaccinated. Four of them were asymptomatic and one experienced only very mild symptoms. As my son put it, “it was nowhere near as bad as the flu.” Imagine if the world treated influenza in the same way that Hong Kong is treating Covid-19.

The mental anxiety inflicted on families whose children are studying abroad or who have elderly or ill family members living outside Hong Kong is becoming less tolerable. This is a hidden crisis caused not by the economic downturn or the coronavirus threat but inflicted on the community by policies that no longer make sense when it comes to managing the virus and that are already threatening Hong Kong’s status as Asia’s financial capital.

When I returned to San Francisco in August 2020, the US was in the midst of a turbulent presidential election and Covid-19 was taking a heavy toll in both cases and fatalities. New infections in the country were averaging around 7,000 per day. In San Francisco, the daily number of admitted patients was around 100, while Hong Kong’s  had just peaked at about the same level but had fallen below that level. San Francisco had been one of the most pandemic-ready cities in the US, declaring a state of emergency even before a single case had made its shores. Once I got there, the situation in the Bay Area did not seem as bad as the media was portraying it. One week later, my 14-year-old daughter got on a plane in Hong Kong to join me and her siblings in California. Our life-changing decision was the right one. 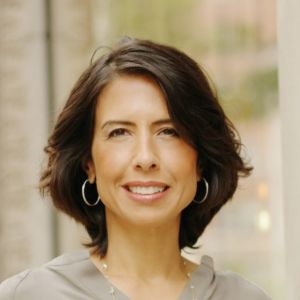 Deborah Kan is the founder and Executive Editor of Being Patient, an independent news site building single-subject platforms around specific health topics. Being Patient approaches a topic by presenting the patient’s point-of-view first and foremost. She founded the site after growing frustrated by a lack of educational resources following her mother being diagnosed with the Alzheimer’s disease. Prior to founding Being Patient, Kan was an executive producer at The Wall Street Journal in Asia, leading the daily production of video news segments with Journal editors and reporters, as well as video interviews with business leaders and decision-makers. Before this, she was a news anchor with Reuters Insider, Thomson Reuters’ proprietary news channel, where she reported extensively on the 2008 global economic crisis, China’s 2009 massive economic stimulus package and regulation reform in the aftermath of the economic crisis. She is a member of the 2008 class of the Young Global Leaders of the World Economic Forum.