What’s Next for the US-China Tech War

Competition between China and the US over geopolitical and technological (geo-tech) issues is moving to chips and the cloud, argues geo-tech expert and global smart city planning leader Chen Xi of Xi’an Jiaotong University and Peking University. The real challenge lies not in the clash between the two powers but inside the US, with its reluctance to implement reforms needed to address rising social inequality. A failure to solve this issue will only intensify international conflicts. 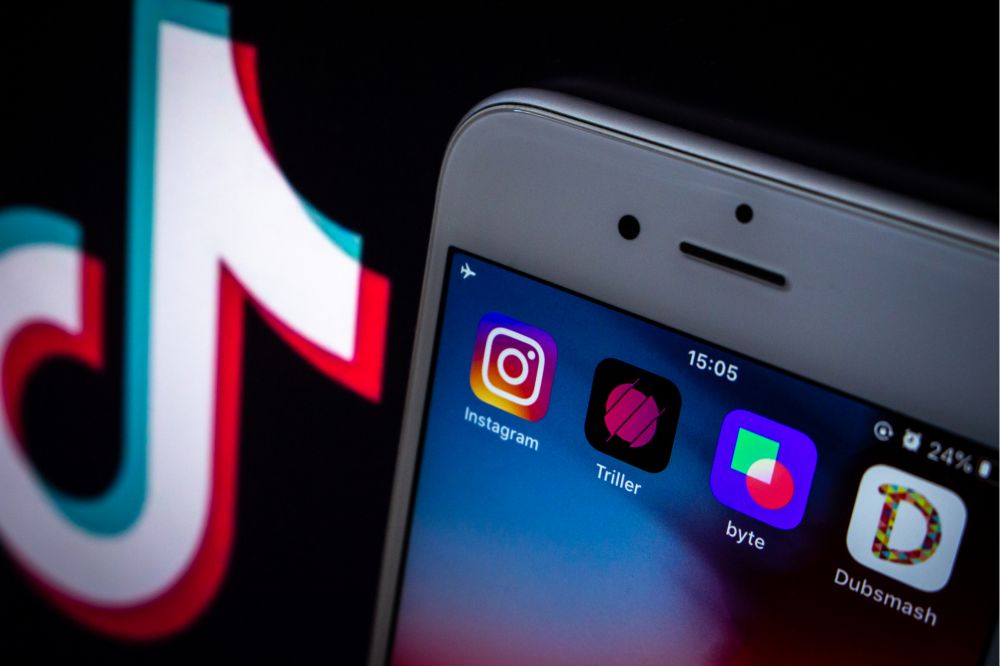 Chinese manufacturers of technology hardware – from telecoms equipment to drones – make a significant proportion of their revenue from the international market. In the case of Huawei Technologies, in 2019, this was about 372 billion renminbi (US$55 billion), or 41 percent of the total (down from 48 percent in 2018), despite crippling US sanctions. Drone maker DJI makes about 70 percent of its sales overseas. Both companies are on Washington’s blacklist.

Meanwhile, software makers, notably WeChat (owned by Tencent) and TikTok (owned by ByteDance), have been under threat from US President Donald Trump and his administration, which ordered a ban on further downloads in the US starting on September 20. But the two companies avoided that sanction – ByteDance forged a Trump-blessed deal with Oracle and Walmart to sell TikTok’s US operations, while a judge in California blocked the action against WeChat.

The big question now is: Who will be next? And does the US campaign against Chinese technology companies continue to presage a new Cold War between the two strategic competitors?

To be sure, software makers have some immunity to American attacks due to their focus on the domestic China market. For example, the proportion of non-China revenue at voice recognition software maker Iflytech is less than 1 percent. At Tencent, gaming accounts for 30 percent of sales, but less than a quarter of that is generated outside the domestic market.

The situation at TikTok is more difficult. In 2019, the short-video platform had at least 50 million active users in the US market (out of 700 million globally). The forced sale could be complicated. The latest catalogue of restricted export technologies published by the Chinese government on August 28 includes personalized information from data analysis. This means that the sale of TikTok’s US operations would require seller ByteDance to apply for an export permit from the Chinese government. TikTok’s core algorithm cannot be a part of the deal. Another valuable asset is the application’s platform and user base in the US, Canada, Australia and New Zealand. ByteDance, with 2019 turnover estimated at over US$15 billion, could face heavy losses and would need to invest more in the domestic market.

A much bigger threat to Chinese companies is the looming unavailability of microchips. The Trump administration’s plan for tighter sanctions would see Chinese companies cut off from the supply of US-made chips. Already, to comply with US rules, Taiwan wafer maker TSMC halted further shipments to Huawei this month.

Domestic market demand is the key for Huawei. About 600,000 5G base towers will be constructed in China in 2020 alone, half the world’s total. And then there are projects under the 1-trillion-renminbi (US$147-billion) New Infrastructure Plan that includes ultra-high-voltage projects, new energy vehicle chargers, data centers, artificial intelligence, industrial internet, high-speed railways and intercity railway transit.

US suppliers such as Qualcomm and Intel as well as Japan’s Murata and Germany’s Infineon will lose out as China develops more of its ownchipmakers. Chinese ICT products are cost effective and of high quality. As with many goods that China has produced over the decades, once in markets around the world, they will help consumers and households save a significant amount of money and time.

The US could next target cloud computing providers. Most cloud providers are also leading artificial intelligence players, as they employ a lot of data engineers. Almost all applications and data are integrated and stored in the cloud. In ICT, cloud and communication equipment (e.g. 5G or optical fiber) are the equivalent of train stations and high-speed rail in physical infrastructure. 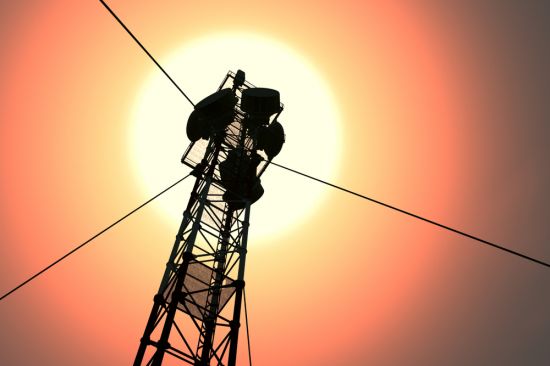 The heat is on China’s 5G suppliers such as Huawei: As the US puts the squeeze on Chinese tech firms, the next key battlegrounds could be semiconductor supply and cloud computing (Credit: boscorelli / Shutterstock.com)

The US is likely to take aim at cloud providers not just because of lost jobs or income for American firms but also for cyber security considerations. The US government, military and tech companies such as Facebook will actively take on Chinese competitors. For now, US companies occupy the biggest share of the global cloud market. Take “infrastructure as a service” (IaaS) public cloud services, a market estimated at US$44.5 billion in 2019. China’s Alibaba and Tencent together accounted for 11.9 percent of cloud business last year (9.6 percent in 2018), compared to the three US giants – Amazon, Microsoft and Google – with 67.6 percent in 2019 (68.2 percent in 2018). If the US were somehow to circumscribe the cloud businesses of Alibaba (9.26 percent of the company’s total turnover) or Tencent (4.5 percent of total turnover), the two companies could withstand the short-term hit, but they would lose significant opportunities for growth over the long term.

The challenge of social inequality in the US

What is behind Washington’s weaponization of technology competition?

The US is facing a dual challenge: protecting domestic industry and promoting more open and fair trade (as Washington defines the term) globally. They are contradictory goals. The Trump administration has pursued the ruination of the existing global trade order as the solution to the domestic challenge. In this effort, the US launched a trade, technology and financial decoupling from China and the world. In 1990, the world’s most valuable companies were mainly banks and industrial companies. In 2020, technology now dominates. But whether industrial or technological, giant multinational companies benefit from global markets and the freer flow of capital, labor and raw materials.

Consider Hongshan village, 24 kilometers from Chongqing: It boasts a high-speed train station, a 5G network, a data center and cloud services, unmanned aerial vehicles for use in agriculture, widespread deployment of Internet-of-Things sensors, and a thriving e-commerce market. Annual per-capita income in Hongshan is about US$2,900. China still has a long way to go to eliminate poverty but is on the right track.

Time to get the house in order

The underlying challenge for the US is not China but its own social inequality and power structure. The Trump administration set itself up as the guardian of the people, taking aggressive action to protect US interests. These have included economic sanctions, political threats, demonization of Chinese and other foreign businesses, military provocation, and weaponizing the idea of decoupling while rejecting as unfair the very global order for which the US was the main architect. Washington has also threatened to impose extra taxes on US multinationals, pressured the Federal Reserve to maintain low interest rates, and suppressed information about the Covid-19 pandemic.

All this has to do with winning a presidential election, not ensuring prosperity. The US has no long-term plan to save jobs or protect families. Globalization has decreased living costs through cheaper products from overseas markets, opened more markets for US businesses, and brought more global talent to the US. Protectionism, as Trump has advocated, may bring companies or production back to the US – but at what cost? Where will they get the skilled workers? If the US private and public sectors buy more 5G equipment from Nokia, Ericsson or Samsung, denying sales to Huawei and ZTE, how does that improve national competitiveness when it means higher costs, delayed digitalization and unstable signals for users?

The US government could invest more in research and development and training. Cost-effective infrastructure is needed to attract foreign direct investment. More people with higher education and, as a result, higher salaries will mean stronger purchasing power to help the US domestic economy flourish. And a more inclusive rather than confrontational society would attract the global talent that would maintain the international competitiveness of US universities and companies.

Meanwhile, the Trump administration’s confrontational strategies on issues requiring a concerted multilateral approach to address – climate change, public health, global trade – have weakened the global status of the US and trust with other countries. Appeals to nationalism and calls for firms to bring jobs back home are not serious policy but mere sloganeering.

A Cold War is avoidable

The US challenge can only be addressed by domestic reform. Yet there is no indication that Washington will adopt a balanced strategy. Even well-educated American elites keep silent about social inequality and its consequences. Reversing its domestic course in the short term is too difficult, especially given the country’s divided politics. It has been easier to forge a consensus on shifting blame abroad – to China, in particular.

But is a Cold War truly unavoidable? A new US president taking office in January could open a fresh chapter in relations between the two countries. While the China-US geo-tech competition may be fierce now, this is but one episode in their shared history. The dynamics of the relationship could change quickly.

For China, the challenge is to keep the doors of its market open. China’s leaders need to pursue national reforms to reduce systemic financial risks, social inequality, and environmental pollution. Compared to other markets, the Chinese economy still offers the biggest opportunities. China has no intention to replace the US as the dominant economic and strategic power; its focus, at least for the next few decades, is – and must be – on its domestic challenges. The US will remain indispensable for dealing with global issues. Rather than fight a Cold War, the US and China should focus on building trust so that they can have a working partnership that will be effective in combatting the most pressing tasks on the international agenda, including developing rules of governance for the digital world. 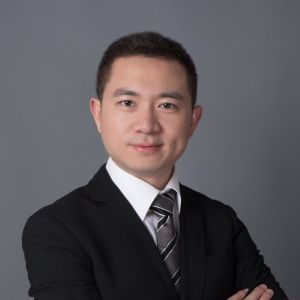 Chen Xi is an expert on geo-tech competition, smart city and ICT corporation strategy. He is the founder and CEO of Harbor Overseas, a global smart-city consulting company in Guangzhou. He is senior external advisor to the China Academy of Information and Communication Technology. Dr Chen is an adjunct associate professor at Xi’an Jiaotong University and an academic committee member at the Institute for Global Cooperation and Understanding of Peking University. He served as the president of Institute of Smart City Planning and Design of Beijing Municipality, having assisted the Beijing Municipal Government in shaping smart-city policy, regulation and evaluation systems. Chen was a visiting senior fellow at the S Rajaratnam School of International Studies (RSIS) at Nanyang Technological University (NTU) in Singapore in 2019. He served as president of the Institute of Smart City Research at the ZTE Corporation 2016-2019 and an advisor to the ZTE Strategy Committee. He played a leading role in designing smart-city projects in Beijing Sub-center, Nanjing, Shenzhen, Gwadar (Pakistan), and Frankfurt. He completed his PhD under a joint program between Dalian University of Technology and Cornell University, which was sponsored by the China Scholarship Council. He finished his post-doctoral research on the China-US geo-tech competition under a joint program between Peking University and Beijing University of Aeronautics and Astronautics.