Unhealthy Air and Plastic Waste: The Nexus of Pollution, Public Health and Corruption

Recent studies have raised the possibility of links between air pollution and Covid-19 death rates. Air pollution worsens public health and makes people more vulnerable to respiratory diseases. In Southeast Asia, rampant corruption has fueled an illegal trade in plastic waste, a source of much pollution through dumping, leaching and burning. Wong Pui Yi of the Malaysia-based Center to Combat Corruption and Cronyism examines the implications of plastic waste imports into Malaysia and Southeast Asia in general, highlighting interconnections among pollution, public health and corruption. 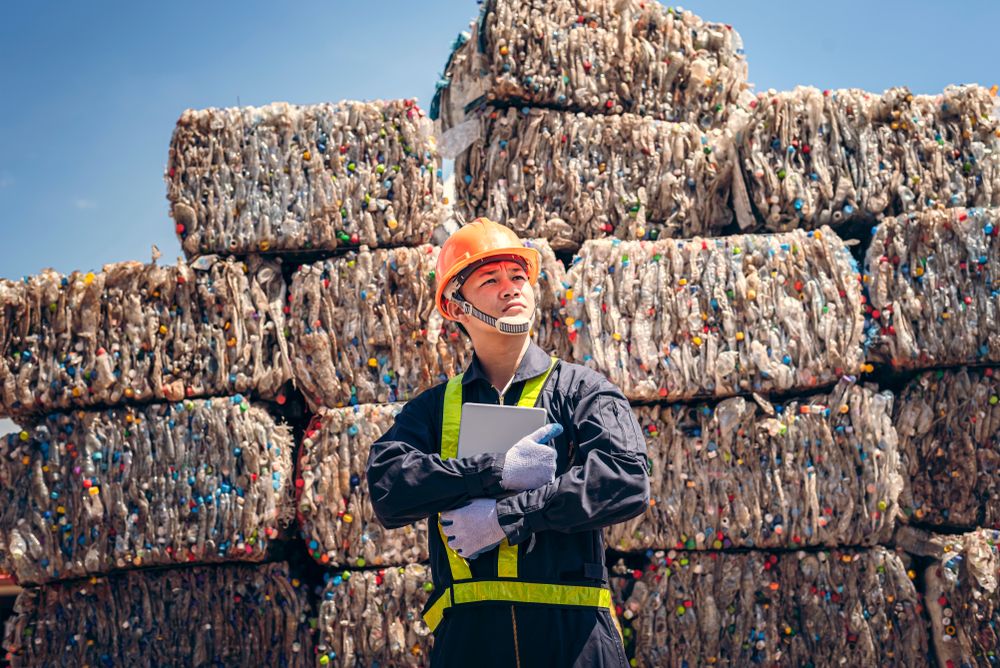 According to the World Health Organization (WHO), air pollution kills seven million people a year. Fine particulate matter in polluted air can penetrate deep into the body, leading to health problems such as difficulty in breathing, hypertension, heart disease and diabetes. The particles could also weaken the immune system and fuel inflammation of the lungs and respiratory tract, increasing the risk of pneumonia.

Not surprisingly, scientists have found that the death rates from Covid-19 were higher in places where people had been exposed to prolonged high levels of air pollution. Across 66 administrative regions in Italy, Spain, France and Germany, 78 percent of coronavirus deaths occurred in just five regions in north Italy and central Spain, the most polluted regions. A further finding indicated that air pollution particles could carry pathogens.

The consequences of air pollution on public health are difficult to quantify, particularly when considering the myriad factors that determine one’s health. Hence, the impact of air pollution has often been overlooked by policymakers. In Southeast Asia, seasonal air pollution in the form of transboundary haze caused by forest and land fires has led to much political wrangling since the 1980s. However, another source of air pollution caused by irresponsible industrial practices often goes unheeded.

The preliminary findings on air pollution and Covid-19 deaths have sparked off important conversations on public health, the environment and the economy. What is lacking from the debates surrounding Covid-19 is the role of corruption. The links between environmental crime and corruption are well established but the connection between public health and corruption is at best indirect. Nevertheless, as the pandemic has made it painfully clear how intricately connected people are, this is an opportune moment to recognize the interlocking nature of social, economic, environmental and health issues, and the importance of political will to address them.

After China banned the import of 24 types of solid waste in 2018, Malaysia became the world’s top destination for plastic waste exports between January to November 2018, receiving 15.7 percent of the total from top exporting countries. Some 17,000 tonnes of rubbish were estimated to have been dumped in open areas in Jenjarom, a small town in Kuala Langat within the state of Selangor.

Illicit businesses shipped in recyclable plastic and unrecyclable household waste. Clean plastic would be processed into pellets which are mainly exported to China. Plastic that was unsuitable for recycling were stockpiled in open spaces or burnt, releasing toxic chemicals into the atmosphere. Across peninsula Malaysia, the processing or incineration of plastic waste mostly happened at night to conceal the thick, dark smoke.

As the authorities began cracking down on illegal factories in Selangor, the operations moved north to Penang and Kedah, particularly concentrated in Sungai Petani. Soon, illegal recycling factories were discovered in almost every state in West Malaysia. Since then, at least 12 plastic waste processing facilities nationwide have caught fire. Six fires occurred in 2020 alone, with the most recent factory fire on June 5 in Sungai Petani. No explanations have been given regarding the fires, although rumors abound on facilities trying to dispose of waste stockpiles.

Tonnes of waste have also been illegally dumped. One dumpsite was the size of six football fields and contained two-storey high plastic waste piles, hidden within an oil palm estate. Several dumpsites were also found located on the banks of the Muda River, a main source of water for millions living in the states of Perlis, Kedah and Penang.

On June 12, another illegal dumpsite caught fire in Sungai Petani, a strong indication that this plastic problem persists despite comprehensive action taken by the Malaysian government. Investigators from Greenpeace Italy found high levels of dangerous chemicals, including heavy metals such as cadmium and lead and benzo(a)pyrene, a carcinogen to humans, in plastic, water and soil samples from dumping sites in Malaysia. They also noted an increase of up to 30 percent in respiratory diseases in Sungai Petani from 2018 to 2019. These findings were corroborated in a separate study by Greenpeace Malaysia, released in May 2020.

The Malaysian government in office at that time was aware that plastic waste was being smuggled into the country. The ports were filled with shipping containers carrying goods falsely declared as HS Code 3920 plastic. Instead they held HS Code 3915 plastic waste, which required a so-called “approved permit” (AP). The government also knew that some of the 95 companies that had permits to import waste were subcontracting to illegal factories, as they lacked the capacity to recycle such volumes of waste. Canadian journalists went undercover in Sungai Petani as plastic-waste exporters with a fake company. Their footage captured workers wearing no protective equipment and a clearly identifiable businessman offering to buy dirty plastics and encouraging the exporters to falsify shipping labels. The businessman admitted to receiving kickbacks for helping other companies to import the materials. No action has been taken. 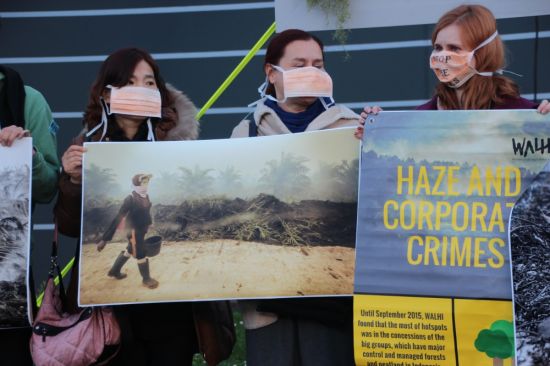 Due to the lucrative nature of the industry, instead of enforcing an all-out ban on plastic waste imports, the Minister of Housing and Local Government, Zuraida Kamaruddin, decided to introduce new rules at the end of 2018 that would make it harder for factories to qualify for an AP. In response, the Kuala Langat Environmental Action Group, which first drew international attention to the waste piles in Jenjarom, raised valid questions on the capacity and willingness of the government to regulate the industry. If authorities could not enforce the initial simple rules, how could they enforce more stringent ones? Greenpeace reported “difficulties to get necessary AP without paying higher prices”, citing an anonymous solid waste sales manager. Instituting more requirements for AP applications opened the system to more abuse without dealing with the key issue of corruption.

The Los Angeles Times alleged that strong support for China by the previous administration under then-prime minister Najib Razak allowed Chinese businessmen to enter the country outside proper channels, and that “the impunity of the illegal businesses raised suspicions that some unlicensed importers had bribed customs and enforcement authorities to look the other way”. A local news daily, Malay Mail, also highlighted this issue, citing industry sources who alleged that illegal plant operators bribed Malaysian officials at all levels of government. Thus far, no government officer has been held accountable for the damage to environmental and public health caused by the high volumes of imported plastic waste.

Residents-turned-activists from Kuala Langat and Sungai Petani reported that several raids found factories devoid of activity, indicating that they could have been tipped off in advance. In February this year, a raid was conducted on an illegal recycling plant deep inside an oil palm plantation in Bedong, a town close to Sungai Petani, on which authorities had been gathering evidence since 2019. The place was found with stockpiles of plastic but with no workers.

A global problem for Southeast Asia

Such developments are not unique to Malaysia but prevalent throughout Southeast Asia. At the global level, the illicit transboundary trade of plastics is well known. The plastics recycling industry in the United Kingdom was suspected of abuse and fraud by organized criminals and firms within the export system. Meanwhile, INTERPOL conducted Operation 30 Days at Sea 2.0, a global operation involving 61 countries and regional law enforcement partners to identify illicit activities behind severe marine pollution. Singapore hosts an operational command center to focus on the cases of illegal export or import of plastic waste.

More concrete evidence was provided by Greenpeace Italy, revealing that the Italy–Kuala Lumpur route could be a key pathway for major illegal trafficking of plastic waste. In the first nine months of 2019, 43 out of 65 direct shipments of Italian plastic waste to Malaysia totaling 1,300 tonnes were shipped to illegal factories. The factories either did not have legal authorization to operate, or did not have the proper equipment to process plastic scrap. Plastic waste exporters were found to use companies to broker the shipments through Hong Kong on paper, while sending the cargo directly to Malaysia.

In the Philippines, despite well-publicized diplomatic disputes and the return of waste shipments to Canada, South Korea and Hong Kong, among others, about 4,400 tonnes of mixed plastic waste were still sent from the US to the Philippines in the first nine months of 2019, nearly double the figure of all of 2018. Lax law enforcement has made the illegal waste trade lucrative, with the actual number of cases likely underreported. In Indonesia, environmental organizations uncovered that Indonesian officials approved the re-exports of illegal US waste shipments to other Asian countries such as India and Thailand, instead of returning them to their origin.

Amendments have been made to include plastic waste under the Basel Convention, a treaty that regulates the transborder shipment of hazardous materials. From 2021, exporters must obtain prior consent from importing countries before most categories of contaminated, mixed or unrecyclable plastic waste shipments leave the port of loading. However, if illicit transboundary trade and the false declaration of plastic waste are not addressed, the effectiveness of the Basel Convention amendments would be severely constrained, as Article 9 acknowledges.

Governments have a duty to protect the rights of all citizens to health and a safe environment free of pollution. This has been made even more urgent in the face of the Covid-19 pandemic. The ASEAN Joint Declaration on Hazardous Chemicals and Wastes Management rightly endorsed the need to “enhance coordination in information exchange on preventing the illegal traffic of chemicals and wastes”. Combating illegality and corruption must remain a priority for the ASEAN Cooperation on Environment and the ASEAN Working Group on Chemicals and Waste to ensure successful implementation of their policies.

It is also imperative that ASEAN governments enforce anti-corruption measures within individual states and acknowledge that corruption is detrimental to human and environmental health, as clearly demonstrated by the plastic-waste crisis. 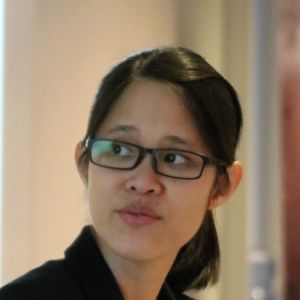 Wong Pui Yi is investigative researcher at the Center to Combat Corruption and Cronyism (C4 Center) in Petaling Jaya, Selangor, where she is focusing on the influx of plastic into Malaysia. She is also contributing to a research project on transboundary haze at the University of Nottingham Malaysia. Her work focuses on the intersection of and interrelationships among the state, market and society. She did her doctoral studies in political economy at the University of Malaya.