Together We Fall? Southeast Asia and Transboundary Haze

Many parts of Asia are affected by high levels of air pollution. The continent is home to some of the most polluted megacities in the world, including Beijing and Shanghai in China, and Delhi and Kolkata in India. While these places suffer all year round, several countries in Southeast Asia face a unique air pollution problem that is seasonal, but no less dire. 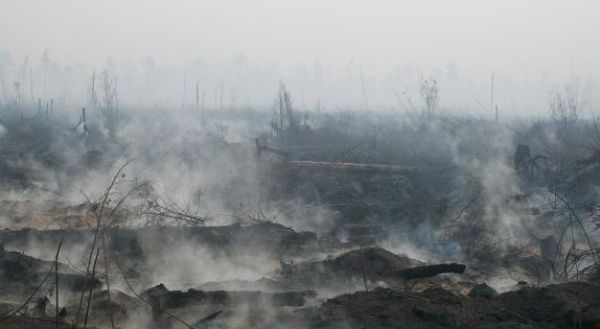 Transboundary haze is a form of seasonal air pollution affecting up to six Southeast Asian countries on an almost annual basis. The first reports of this phenomenon emerged in the 1980s, and the most recent serious episode took place in 2016. The most affected countries are Indonesia, Singapore, and Malaysia. The particulate and aerosol matter that makes up the haze originates from forest and peat fires occurring during the dry season, mostly in Indonesia. When this permeates the troposphere and travels across national borders, it is known as transboundary haze.

The countries and people within reach of this smoky shroud suffer serious health, economic, and environmental consequences during each episode. The fine particles in the haze permeate deep into the lungs, which can cause serious respiratory problems, especially among young children and the elderly, sometimes resulting in death. Ophthalmological, dermatological, and psychological issues are also commonplace.

Sick days taken and school closures (during which parents often stay home to care for their children) cause significant losses in workforce productivity. These countries’ tourism industries suffer as well, as visitors have no interest in hazy skylines. Agricultural productivity and the general state of the environment also decline as the haze blocks out the sun and slows down photosynthesis.

Whither the Weather Solution?

With the countries affected all situated within the Southeast Asian region, the Association of Southeast Asian Nations (ASEAN) was quickly looked upon to be the driver of a workable regional solution to the haze. ASEAN began to formally identify transboundary haze as part of its remit in 1985. However, despite various ASEAN agreements, initiatives, and task forces since then, the haze persists. The haze’s effect on member countries is dire, and its causes are seemingly well understood, so ASEAN’s continued inability to effectively mitigate it is puzzling.

Scholars have laid the blame for ASEAN’s “failure” to solve the haze on weak regional governance; specifically, the limitations of its model of regional engagement through consensus, non-interference, non-confrontation, sensitivity, and politeness, as well as non-legalistic procedures—the so-called “ASEAN Way.” Describing this model as a “doctrine” to be adhered to at all costs, scholars such as Vinod Aggarwal and Jonathan Chow argue that member states’ desire to eliminate the haze has been unable to compete against the stronger desire to comply with the ASEAN Way.

However, other ASEAN observers, such as Tobias Nischalke and Shaun Narine, have argued that member states do not blindly follow the ASEAN Way. Nischalke’s research uncovered many examples where the ASEAN Way was only moderately adhered to at best. This contention was the entry point of my research: has ASEAN been failing on the haze because states are duty-bound to adhere to norms that do not encourage effective regional environmental governance? Or have the states been choosing to adhere to these norms because it is in their interests to do so? If so, what are these interests, who has been shaping them, and why are they not in line with a haze-free ASEAN?

To answer these questions, I spent six months in Indonesia, Singapore, and Malaysia conducting semi-structured interviews with over 100 individuals with experience in haze governance, including government and ASEAN officials, journalists, plantation company representatives, non-governmental organization workers, and academics.

Firstly, the type of fire matters. While regular forest fires are most common, they usually burn tree canopies. This produces little smoke and often results only in short-term, localized haze. Peat fires, on the other hand, can spread below the surface, reaching soil. Carbon-rich soil produces especially thick and sooty smoke when burnt, and this smoke can travel great distances. These fires are also harder to put out. Hence, a small amount of fires (on peatlands) are responsible for a large portion of transboundary haze.

The increasing severity of the haze matched the region’s palm oil boom in recent decades.

Secondly, peat is not naturally fire-prone. In their natural state, peatlands are flooded year-round—fires only occur when peatlands are drained in preparation for planting. This dries out the peat and makes it flammable.

Thirdly, due to the importance of peatlands as carbon sinks, Indonesian law generally does not allow these areas to be developed. Despite this, and due to the decreasing availability of mineral soil, an increasing amount of peatlands have been opened for agriculture, especially for palm oil. A trend emerged, where the increasing severity of the haze matched the region’s palm oil boom in recent decades.

Further interviews revealed that large plantation companies, both local and from Malaysia or Singapore, have managed to obtain licenses to access peatlands to plant crops like oil palm. Some of these companies deliberately use fire as the cheapest and quickest way to clear the land for planting. Even if these companies do not deliberately burn, the act of draining these lands makes them prone to accidental fires.

I found that strong patronage networks in this sector have enabled this to happen. Patronage is defined as a situation where an individual of higher socioeconomic position (patron) uses his influence and resources to provide protection or benefits for a person of lower status (client), who reciprocates by offering support and assistance to the patron. In this case, government patrons have provided the benefit of licenses to their clients, the business elites who own or are affiliated with these plantation companies. Furthermore, clients have also enjoyed their patrons’ protection from prosecution for haze-producing fires.

Strong patronage networks in this sector have enabled this to happen.

These networks are at work even at the ASEAN level. When they represent Indonesia at ASEAN, the patrons are still compelled to protect their clients. An effective ASEAN haze mitigation strategy would mean that their clients would lose access to lucrative income, and risk being prosecuted. Hence, these patrons choose to use the ASEAN Way, especially the principles of non-interference and non-legalistic procedures, to block any meaningful strategies. Malaysian and Singaporean patrons follow suit, as they also act to protect their own complicit companies. I argue that these patronage networks better explain the decisions made at the ASEAN level that have led to the failure of the bloc to solve the haze problem.

Since my field research, there have been some positive developments. The government of Singapore has shown a shift in its national interests, away from protecting its clients and toward the wellbeing of its people. After several public displays of frustration with ASEAN’s lackadaisical efforts, Singapore ultimately passed its landmark Transboundary Haze Pollution Act in 2014, which empowered its courts to prosecute any party (even non-Singaporean) found to have caused haze in Singapore.

Singapore, however, has not yet been able to use this act in court, largely due to the non-cooperation of Indonesia. While ASEAN member states still meet regularly to strategize on haze matters, the strategic use of the ASEAN Way continues to limit any meaningful progress. However, as Singapore has shown, change is not impossible. I remain hopeful that other member states will eventually follow in Singapore’s footsteps to act in the common interest of the people of the region. 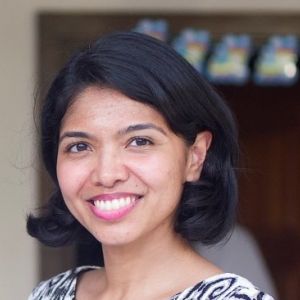 Helena Varkkey is a senior lecturer in the Department of International and Strategic Studies at the University of Malaya. Her interest in sustainable development has evolved to focus on transboundary pollution in Southeast Asia, particularly the role of patronage in agribusiness (specifically the palm oil industry), and its link to peat fires and haze in the region. Her PhD monograph entitled “The Haze Problem in Southeast Asia: Palm Oil and Patronage,” was published by Routledge in 2016. She maintains an academic blog at helenavarkkey.wordpress.com.