The U.S.-Launched Trade War Affects Us All

The United States has likely launched a trade war with its announcement of new tariffs targeted at Chinese imports. But this strategy could backfire, with devastating effects that reverberate far beyond the U.S. 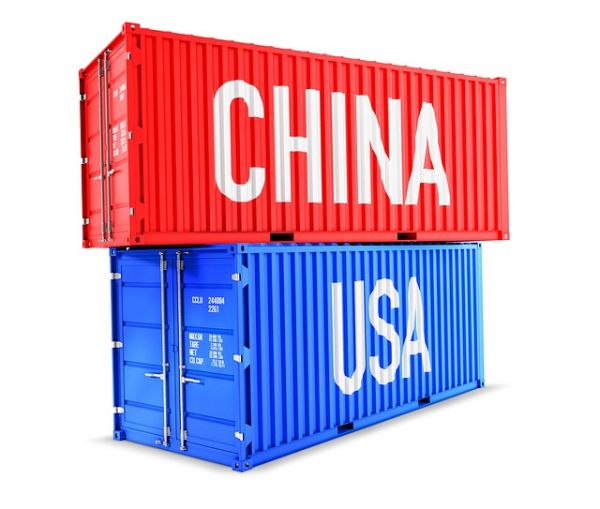 The United States’ recent announcement of new tariffs on aluminium and steel has fueled fears of a trade war between the U.S. and the rest of the world. This potential war is largely politically driven, whether for the purpose of fulfilling election promises or reciprocating political threats. But the economic rationale against a trade war is clear, and the repercussions would be felt globally.

The Boomerang Effect of a Trade War

The imposition of tariffs is only an effective economic weapon if the targeted goods can be easily sourced domestically. If importing goods from an international source is more costly, vendors would be inclined to buy from a domestic source.

This logic may apply to products that are commodities; that is to say, final products ready to be exchanged on the market. But it does not work for materials further up the value chain, like parts and components. In such instances, tariffs are ineffective and may even be detrimental to the industries that the U.S. wants to protect.

Most, if not all, transnational businesses utilize the global supply chain to procure low-cost parts and components and access specialized competencies that may be country-specific. This is especially true for products by tier 1 companies, i.e. the most important companies of any supply chain. Such companies provide parts and components for the manufacturers of branded products, sophisticated equipment, and machinery; and they must respond to strict technical qualifications requirements.

If this transnational process is affected by a trade war, many businesses that rely on the global supply chain would find themselves less competitive in both pricing and quality assurance.

One might argue that these businesses could find cheaper alternative sources or in-source the production of these materials domestically, creating jobs for the U.S. However, local suppliers may not have the capability in the short run to meet technical standards. They may also find it difficult to gear up production capacity immediately to serve as adequate replacements. Furthermore, many of these multinational corporations have long-term contracts with tier 1 international suppliers. Breaking such commercial contracts would result in financial consequences and reputation risk for the corporations concerned.

Eventually, the long-term effects of a trade war rebound onto the politicians who authorized it.

If the global supply chain is thus disrupted by new tariffs, the overall cost of production would go up, and would be passed off to businesses and consumers. Eventually, the long-term effects of a trade war rebound onto the politicians who authorized it.

On the surface, this seems like a tit-for-tat exchange. Actually, China’s retaliation is a measured response. It minimizes impact on critical U.S. suppliers of parts and components, as most of them are not included in the list. China’s planned actions will impact agricultural commodities such as cereal crops, soya beans, and cotton, affecting mainly the U.S. Midwest rural voter base. Moreover, for finished products (e.g. aircrafts and cars), China has been mindful that substitutes can indeed be sourced domestically or outside of the U.S.

In contrast, although the dollar value of the U.S. list is around the same as China’s, the products targeted include industrial tools and materials, medical equipment and materials, technological products, and mechanical parts. Much of this is non-commodity.

A Trade War to Solve Trade Deficit and Debt?

President Donald Trump justified the possible trade war as a way to counter the $7.3 trillion trade deficit that the U.S. has incurred since 1975. But is a trade deficit absolutely detrimental to the U.S.?

Some argue that the trade deficit exists because of the economic growth and prosperity of the U.S. The country’s strong currency and buying power have resulted in its being a net importer of capital while exporting services and technology. In addition, goods that are produced by U.S. companies overseas and then brought back into the country are considered “imports” under trade accounting practices. This inflates the trade deficit.

Others contend that countries such as China and Japan become creditors when they purchase treasury bonds with U.S. dollars from their trade surpluses. This suggests that U.S. economic growth is financed with debt, and the trade deficit potentially represents a debt burden for future generations.

The demand for U.S. debt repayment is unlikely, because trust in the U.S. remains high. Since the Bretton Woods agreement, the U.S. dollar has been a “reserve currency,” and companies that engage in transnational business invoice each other in U.S. dollars in order to hedge against currency risk. The U.S. dollar’s status as a reserve currency means that the Federal Reserve could implement quantitative easing policies as a last resort if push comes to shove.

However, we note that Trump was elected in the same year that the Chinese yuan became the world’s third reserve currency. Given China’s impressive economic growth over the past decades, coupled with their ambitious transcontinental Belt and Road Initiative, the possibility that China might become the next economic hegemon is not low. This may be one of the key factors underlying Trump’s trade war strategy.

In short, the premise behind Trump’s trade war is based on incomplete trade information and data, and also a lack of understanding of the workings and importance of the global supply chain. If escalated, this could end up threatening the U.S. manufacturers of high-end, branded products, and sophisticated equipment and machinery.

If escalated, this could end up threatening the U.S. manufacturers of high-end, branded products, and sophisticated equipment and machinery.

The process of digital globalization has resulted in a surge in information flows, with ideas and innovations circulating throughout the world. Much of this is indirectly captured in how service exports are calculated. If tariffs and trade restrictions escalate beyond commodities and move into services, the U.S. may damage its massive technology sector.

Measures taken in a trade war reverberate throughout the global trade network. The effects of tariffs and other restrictions are more severe for developing countries that are trade-dependent. This means social and economic repercussions that hurt people's livelihoods, which could engender societal discord.

Last but not least, Trump’s embrace of protectionism and his withdrawing the U.S. from the global limelight may become the very thing that allows China to replace the U.S. as the preeminent economic superpower.