The extreme volatility of cryptocurrencies in 2018—which saw the most widely traded cryptocurrency, Bitcoin, plunge from US$10,166 in January to US$3690 in December—made even the most bullish traders recoil from their terminals. However, one sub-sector of the nascent asset class defied the trend: stablecoins. 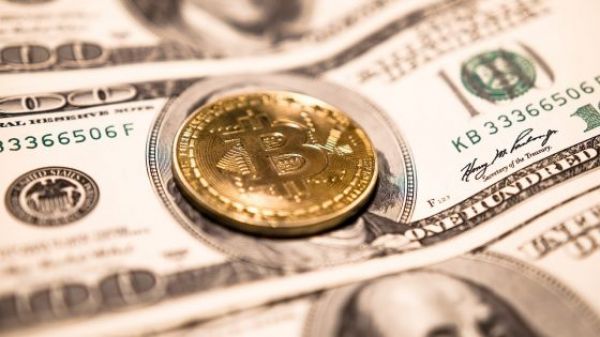 With volatility often cited as one of the greatest barriers to cryptoasset adoption, stable-value coins pegged to common units of account such United States dollars or Chinese renminbi naturally draw interest. These so-called stablecoins seek to maintain a fixed value to a reference asset such as fiat currency, gold, or a basket of goods. Of the several dozen stablecoin projects in existence or set to launch, about two-thirds are pegged to the U.S. dollar.

Apart from speculation, which has been the primary draw of cryptoassets, pronounced price volatility is a non-starter for many of the functions “crypto” seeks to fulfill—not least of which is becoming a new form money. Double-digit daily drawdowns for cryptoassets such as Bitcoin make it difficult, if not impossible, for merchants to use these digital commodities in commerce, and for users to store their wealth therein.

In light of these challenges, stablecoins commanded an inordinate amount of market mindshare in 2018, with no signs of stopping in 2019. Indeed, if 2017 was the year of the initial coin offering, then 2018 may have been the year of the stablecoin, or at least its beginnings. This holds true in terms of new project launches, as well as total usage and volume. In December 2017, stablecoins had a combined market capitalization of ~$1.2 billion; by end of December 2018, it had more than doubled to ~$2.6 billion, with daily trading volumes of ~$5 billion.

Off-chain collateralized is the simplest form of stablecoin, and involves an issuer holding an off-chain, real-world asset such as USD or gold in a bank account, and issuing a token that represents each unit. This token is effectively a 1:1 IOU for the asset held in reserve, and stability is maintained by there being a corresponding asset for which the token can be redeemed. [In the above table, all tokens except for DAI are of this type.]

On-chain collateralized uses on-chain assets such as ether (ETH) as collateral and typically involves overcollateralization, i.e. requiring $2 worth of ETH for every $1 worth of stablecoin issued. This buffer protects the peg against downward price swings, and if not liquidated in time by the user, it can be enforced automatically by smart contract logic since the system is self-contained. Collateral levels are publicly auditable, and the mechanism can run unmediated, kept intact by economic incentives alone. [DAI is an example of this type.]

Non-collateralized stablecoins do not have any asset backing and instead rely on algorithmic mechanisms. Price stability would be achieved by algorithmically increasing or contracting the coin supply to offset changes in coin demand. With flexible demand and supply, price can be the fixed variable. There are currently no live algorithmic stablecoins.

The Many Uses of Stablecoins

Representative of the cryptoasset landscape at large, trading is where stablecoin usage has proliferated. Stablecoins allow traders and exchanges to price pairs in fiat terms, move easily on- or off-board, hedge exposure, and seek shelter in uncorrelated assets—all without bank connectivity and the corresponding latency or compliance burden. Stablecoins are particularly useful on exchanges that don’t offer fiat-to-crypto trading, where pricing trades in fiat would otherwise be impossible. About half of all exchanges offer fiat-to-crypto trading, but these exchanges account for only one quarter of total market volume. On fiat-enabled exchanges, U.S. dollars represent roughly half of Bitcoin-to-fiat trading, followed by the Japanese yen (21%), the South Korean won (16%), and the euro (9%).

Means of Payment and Store of Value

Trading, however, is but a beachhead. Stablecoins could possibly underpin the next generation of payment rails, facilitating cheap, rapid, global remittances. At time of writing, an Ethereum-based stablecoin can be sent for $0.03, and settled in 15 seconds. Furthermore, fees and latency do not scale with the amount transferred. Besides as a medium of exchange, stablecoins may also fulfill another monetary function: a store of value. Particularly pertinent for citizens with a hyperinflationary national currency, users may now more easily opt in to coins pegged to prudent monetary policies.

As blockchain-native instruments, stablecoins can contain advanced and arbitrary logic in the token itself. Programmable money is capable of executing complex rules, improving current processes, and enabling entirely new design spaces. Importantly, as a common standards-based money, stablecoins can allow interoperability across applications, assets, and products. This would be akin to allowing interoperability across WeChat Pay, Alipay, and all other digital payment platforms.

The emergence of decentralized applications has rendered price-stable tokens indispensable, as many use cases are simply infeasible without a stable medium of exchange. This is especially true of use cases where value must be locked for some period of time, such as insurance, credit, and prediction markets. Unstable money is unusable money in most time-based financial contracts, as it layers on additional, unwanted risk.

Stablecoins as a Bridge

Money, as a social technology, is predicated on confidence and coordination. By appealing to the currencies by which we already denominate our lives, stablecoins may be the first blockchain-powered product with mass appeal and utility. With this in mind, continued adoption and competition should be expected in 2019.

The business case for issuers of fiatcoins is often compelling, as the coins allow for user aggregation, synergies with ancillary products (exchanges, wallets), and the potential productive use of custodied assets. Many traditional companies with strong user bases and goodwill may stand to benefit by issuing their own stablecoins. For example, there has been speculation of Facebook looking at implementing a stablecoin across its properties, and recently, J.P. Morgan issued their JPM Coin to facilitate wholesale client transactions.

While regulated fiatcoins are uninteresting to philosophically driven crypto-enthusiasts for the considerable censorship concessions made, it’s reasonable to believe that different architectures will coexist: ethos-motivated users and projects will prefer crypto-backed or algorithmic versions, while legacy financial institutions may prefer fiat-backed designs.

Daniel Wang is the founder and CEO, and Matthew Finestone is the business development director at Loopring, a blockchain research organization focused on decentralized trading protocols. The open-sourced Loopring protocol provides a fundamental building block for exchanges and can be integrated into blockchain applications that may need to manage multiple tokens. Loopring uses a combination of off-chain order messaging and on-chain settlement to ensure users maintain custody of their tokens.