Rivers in Peril: Restoring the Lifeblood of Cities

Many of the earliest of the great civilizations on Earth were centered on life-giving rivers, such as the Yangtze and the Euphrates, the Nile and the Indus. Rivers remain crucial to modern societies, but pollution is choking the life out of them. For humanity’s sake, governments must act to counter this. The good news is that they already have the tools. 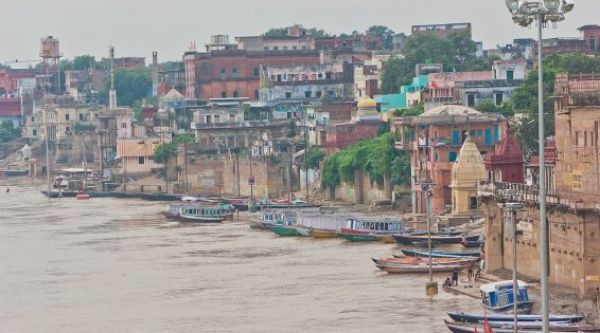 Many of the great cities of the modern world are intertwined with their rivers: London and the Thames, New York and the Hudson, Paris and the Seine, and Shanghai and the Huangpu. Rivers are nature’s sophisticated infrastructure system for the continuous supply of fresh water, and people have worshipped them for millennia because they sustain human life, agricultural fertility, and trade.

Yet rivers everywhere are now in danger, with grave consequences for ecosystems across the planet and for humanity itself.

When I started doing research for a book on the Ganges, I was horrified by some of my findings and what scarce scientific data I could amass. So much water is extracted from the river by irrigation dams that long stretches run dry before the annual monsoon rains. Sewage contamination is so severe that tests on the Yamuna (a major tributary of the Ganges) after it has passed through Delhi show it can contain up to 1.1 billion fecal coliform bacteria per 100 milliliters. That’s nearly half a million times the recommended limit for bathing water in India.

The Ganges is also afflicted by toxic heavy metals, pesticide residues, and plastic waste that eventually find their way to the ocean, along with the ashes of the dead who have been cremated along the river’s banks. The river is a conduit for the transmission of bacterial diseases and of the bacterial genes that turn infections into “superbugs” resistant to antibiotic treatments.

Sewage contamination is so severe that tests on the Yamuna show it can contain up to 1.1 billion fecal coliform bacteria per 100 milliliters.

Such data are particularly shocking when you consider that the Ganges is arguably the world’s most important river system. It is by no means the longest waterway, but in its course from the foothills of the Himalayas to the Bay of Bengal, it supports more people than any other—about 700 million in India, Nepal, and Bangladesh, a tenth of the global population.

Leaders Are Aware of the Problems—and the Solutions

So far, so depressing. But the good news is that in 2014, the newly elected government of Indian Prime Minister Narendra Modi made cleaning the Ganges one of its main policy priorities. Billions of dollars—from India itself, the World Bank, and international donors—have been earmarked for restoring the river and sanitation projects to prevent hundreds of Indian children from dying unnecessarily each day from waterborne diseases. After he became a member of parliament for Varanasi, the holy city on the Ganges, Modi, a devout Hindu, said, “Ma Ganga [Mother Ganges] is screaming for help. She is saying, ‘There must be one of my sons who will come and pull me out of this filth.’ … There are many tasks that perhaps God has set for me.”

Another cause for optimism is that the current fate of the Ganges is in no way unique. We know why rivers die from the effects of pollution, and we know how to save them. The Thames in London is among the most famous examples. It has suffered repeated bouts of pollution from human sewage and manufacturing waste since the 14th century, culminating in the extinction of almost all life in its tidal waters in the 1950s. Fifty years later, investment in wastewater treatment has brought about the return of numerous types of fish; seahorses have been found in the Thames estuary and financial workers can now see seals at Canary Wharf.

The Rhine in continental Europe—a cross-border river that is probably a better comparison for the Ganges than is the Thames because of its greater size and importance—has also been revived by a concerted multinational clean-up program.

When Modi met then-US President Barack Obama at the White House in September 2014, they discussed environmental issues, including climate change and the fate of the Ganges. Obama told Modi that the river in his native Chicago, once so filthy it used to catch fire, was now a place where fish were caught and eaten. “That,” said Modi, “is exactly what I want for the Ganga.”

Occasional snippets of good news continue to indicate there are viable solutions. This year’s annual report on the Potomac River, which runs through Washington, DC, concluded that the river was healthier than it had been in decades. Hedrick Belin, the president of the Potomac Conservancy, was quoted in The Washington Post as attributing the improvement to decades of upgrading the treatment of waste and controlling pollution from agriculture. “The comeback from where the river was just 10 years ago has been tremendous,” he said.

Reports from elsewhere, unfortunately, are less uplifting, and suggest that battles to save many of the world’s rivers are in danger of being lost. The reasons include rising human populations, especially in Africa, the Middle East, and South Asia, that put ever-increasing pressure on water resources; climate change, which is enhancing the variability of weather systems such as annual monsoons; the reluctance of upstream nations and inhabitants to forgo the electricity generation and irrigation potential of large dams; and in some countries, such as India, a simple failure to implement effectively the policies announced to reduce pollution.

In modern Iraq, the site of Mesopotamia (“land between the rivers”), the flow of the Tigris and the Euphrates is threatened by Turkey’s construction of 22 dams upstream. In a similar vein, China’s pharaonic dam-building and water diversion projects are starting to have a severe impact on some of the great Asian rivers that rise on the Tibetan plateau, including the Mekong. China itself has already “lost” 28,000 of its own 50,000 rivers to over-exploitation, according to a government survey published in 2013.

The Rio Grande in North America, the Murray-Darling in Australia, and the Jordan in the Middle East are running dry. Cape Town in South Africa was so drought-stricken this year that it came close to “Day Zero”—a day with no water in the taps at all. Meanwhile, tensions have flared between Egypt and Ethiopia over the Nile as the Grand Ethiopian Renaissance Dam affects water flow upstream. In addition, the Nile is becoming increasingly polluted due to human and industrial waste from the cities on its banks.

India is now “suffering from the worst water crisis in its history,” according to a government report, with nearly 70% of available fresh water contaminated and 600 million people facing an acute shortage. A study published this year in Nature showed that northern India is only one of the regions around the world at risk from excessive groundwater pumping and river diversion for irrigation.

Peace and Security Are at Stake

As UN Secretary-General António Guterres said last year, by 2050 global demand for fresh water is expected to have grown by 40%, leaving a quarter of the world’s population living in countries with a chronic or recurrent lack of clean water. “Water, peace, and security are inextricably linked,” he said.

By 2050, a quarter of the world’s population will be living in countries with a chronic or recurrent lack of clean water.

Rivers are in crisis. We know why and we know how to fix them—by improving cooperation between riparian states sharing the same rivers, by saving water, by reducing over-extraction for farms, and by treating wastewater effectively to control pollution. As in the struggles to limit climate change and reduce plastic waste, people and governments find it extraordinarily difficult to do what they know they must. But if they fail to act, the water problems they confront 10 years from now are likely to be much more intractable than the ones they face today.

Victor Mallet is the author of "River of Life, River of Death: The Ganges and India’s Future" (Oxford University Press, 2017). A journalist with three decades of experience in Europe, Asia, the Middle East, and Africa, he previously wrote a highly praised analysis of the Southeast Asian industrial revolution and the 1997-98 Asian financial crisis, "The Trouble with Tigers: The Rise and Fall of South-East Asia" (HarperCollins), first published in 1999.