The worldwide debate over more environmentally friendly energy is replete with myths that slow down the uptake of renewables. In fact, renewable energy is increasingly competitive, and the transition is entirely feasible for ASEAN countries today. 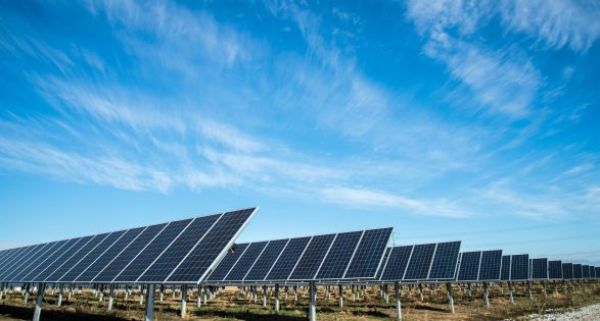 The Association of Southeast Asian Nations (ASEAN) distinguishes itself by being a laggard in terms of renewable energy deployment. Yet, the region is arguably where the battle against coal matters most. The world only stands a chance of meeting the Paris Agreement target if ASEAN phases out coal.

In 2017, the ASEAN nations—Brunei, Cambodia, Indonesia, Laos, Malaysia, Myanmar, Philippines, Singapore, Thailand, and Vietnam—released a joint statement with the European Union reaffirming their commitment to the Paris Agreement, to keeping the average global temperature rise to below 2°C above pre-industrial levels and to pursue efforts to limit the temperature increase even further to 1.5°C above pre-industrial levels. Despite this, fossil fuels still dominate the region’s energy mix.

The ASEAN region faces an uphill battle in transitioning to renewable energy, because most of its governments are leading from behind. ASEAN economies need energy that is easily available and cheap (forecasts by the International Energy Agency show that Southeast Asia’s energy demands are expected to increase by more than 80% between 2011 and 2035). The dominant narrative within ASEAN is that fossil fuels, notably coal, are absolutely necessary to underpin growth. Renewables, on the other hand, are regularly painted as unreliable and expensive. This narrative is entirely wrong.

Oil companies have long funded advertisements, studies, whole think tanks, and more, in a bid to keep the public on their side. Their efforts in this arena are effective and ubiquitous, featuring museum partnerships, billboards at airports, and advertisements in newspapers, on social media, and on TV. This pervasive public relations push associates “subsidies” with “renewables”— yet nothing could be further from the truth. In fact, what society has been subsidizing massively for over 100 years are oil, gas, and coal, not renewables.

What society has been subsidizing massively for over 100 years are oil, gas, and coal, not renewables.

First, a comprehensive International Monetary Fund study in 2015 concluded that oil, gas and, coal are subsidized to the tune of US$5.3 trillion, or 6.5% of global GDP, per year, with most of these subsidies coming from countries setting energy taxes “below levels that fully reflect the environmental damage associated with energy consumption.” Second, even excluding the environmental damage caused by oil, gas, and coal, and only taking into account cash subsidies, the ratio of fossil fuel subsidies to renewable energy subsidies is 4:1. In other words, for every dollar spent on renewables, governments spend four dollars on fossil fuels.

The general trend is that the cost of renewables is decreasing, and it’s doing so much faster than was expected. For example, solar energy is now sold in Nevada at a record-breaking 2 cents per kilowatt hour. Forecasters had thought this price wouldn’t be reached until 2050.

Utility-scale solar and onshore wind are competitive today with fossil-fuel electricity in ASEAN without any subsidies whatsoever and without taking into account their massive health, environmental and pollution advantages. Current barriers to deployment at scale in fact have nothing to do with economics and everything to do with resistance by politicians, grid operators and fossil fuel interests.

Myth Three: Singapore/Hong Kong/Other City Is Too Small and Crowded

Singapore has enough land area to generate most of its electricity from the sun, and should it need more, it could either reclaim land from the sea (under its current, stricter environmental impact assessment regime) or build floating solar power plants.

With the current efficiency of solar panels, anywhere from 150 to 250 megawatts (MW) of solar power could be deployed per square kilometer, and this capacity is set to increase soon. In Singapore, this means about 100 square kilometers may be required to power the entire country with solar energy. This may sound like a lot for a country of 721.5 square kilometers, but one has to remember that the country has already reclaimed 138 square kilometers since 1965.

Utility-scale solar and onshore wind are competitive today with fossil-fuel electricity in ASEAN without any subsidies whatsoever.

Singapore could very well start with 10 square kilometers. The city-state could be principally powered with renewable energy if it combined utility-scale and rooftop solar with onshore wind and floating solar, while complementing these sources with power from waste and storing energy in reservoirs.

An often-heard assertion is that only coal-fired power can deliver energy access to people in the developing world, despite coal’s track record of leaving the poor in its wake (some 1.1 billion people around the world still lack access to electricity after more than 100 years of coal-fired power).

This myth was most recently debunked by the International Energy Agency. It  concluded that renewables are the most cost-effective way to bring power to three-quarters of those in sub-Saharan Africa who currently do not have access to electricity. Renewables can also be deployed much faster than coal- and gas-fired power (months rather than years) and their distributed, decentralized nature saves billions in grid upgrade costs.

Coal doesn’t alleviate energy poverty. A report by the Overseas Development Institute even suggested that it can make the poor poorer.

The California state legislature enacted Senate Bill 100, the world’s most ambitious clean energy law, because the intermittency and variability of renewable energy sources can be managed. The technology type and geographical location of solar and wind can be diversified (often when the wind blows, the sun isn’t shining, and vice-versa), and they can be integrated with dispatchable renewables (such as hydropower, geothermal energy, and biomass). Utilized in conjunction with energy storage and demand response, wind and solar energy can be used to create a power system that can reliably match real-time energy demand.

Finally, electric vehicles can play an important role in complementing renewable energy footprints. Even with today’s somewhat primitive battery technology, electric vehicle batteries can store enough to power an average European home for a week, as well as act as mobile power plants. If we have enough of them in cities such as Singapore, we can connect them via a vehicle-to-grid system to contribute to powering the entire city. Cars are parked some 90% of the time; they could be used as a giant battery, helping cities to eliminate intermittency without impacting individual drivers.

The planet cannot afford to be subjected to decisions made based on false information. It’s time to set the record straight on renewable energy.

Assaad W. Razzouk is the group chief executive of Sindicatum Renewable Energy. He is responsible for overall strategy, stakeholder relations, as well as renewable energy and other projects managed by Sindicatum’s business units.