Japan has pledged to hold a “safe and secure” 2020 Olympics in Tokyo in July and August after a year-long postponement but it is struggling to contain the coronavirus pandemic, Kato Yoshikazu of the Rakuten Securities Economic Research Institute writes. Japanese officials, Olympics organizers and the International Olympic Committee have all vowed that the Games will go ahead, albeit under strict virus-prevention measures. But critics wonder how much of the government’s impetus is electioneering – with a view to keeping Prime Minister Suga Yoshihide in his job. 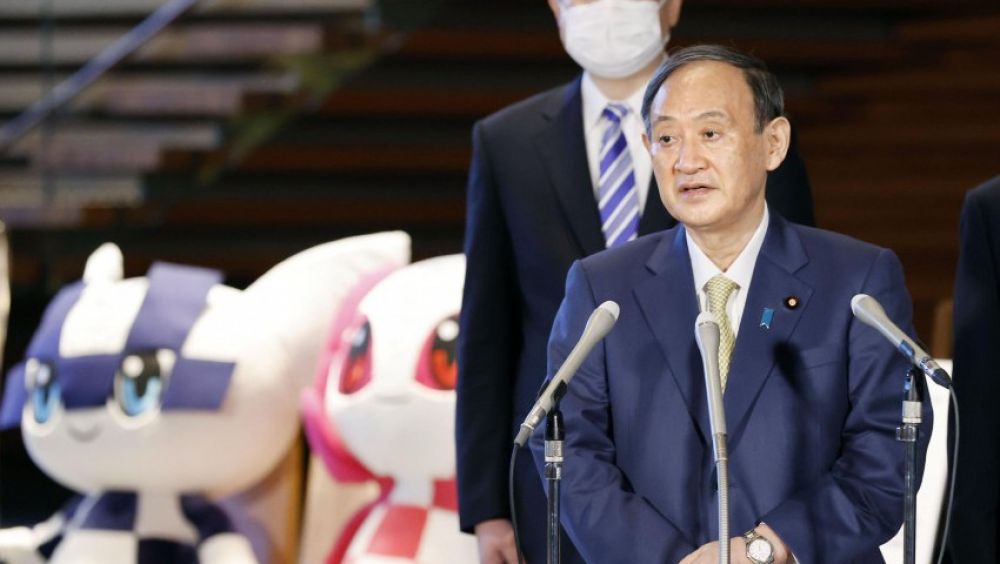 Prime minister and friends: Japan has promised that the postponed 2020 Olympics and Paralympics will be "safe and secure" (Credit: Prime Minister's Office of Japan)

It was widely expected that it would be relatively simple for Japanese Prime Minister Suga Yoshihide to continue his predecessor Abe Shinzo’s policies. Taking on the premiership, it was thought, would be a relatively easy task. No one knew the Abe governments inside and out as well as Suga, who was privy to the deepest secrets of longest-running administration most Japanese have experienced. Suga was expected to continue the economic recovery, suppress or at least contain the pandemic, successfully hold the Tokyo Olympic and Paralympic Games, and eventually grab a big victory in a general election due in 2021.

The reality, however, has been quite different. Suga unexpectedly encountered many difficulties and his popularity has fallen dramatically. When he became prime minister in September 2020, according to NHK’s monthly cabinet poll, the approval and disapproval ratings of the administration were 62 percent and 13 percent, respectively. By May 2021, those figures had plunged to 35 percent and 45 percent.

The main reason for the current high rate of disapproval currently is Suga’s inconsistent response and mismanagement of the Covid-19 pandemic. NHK’s survey revealed that more than 80 percent of respondents expressed “concern” about the rising rate of infections, more than 60 percent believed the government’s response to the pandemic has been inadequate, and more than 80 percent felt that the progress of the vaccination rollout has been “slow”, with only 9 percent describing it as “smooth”. 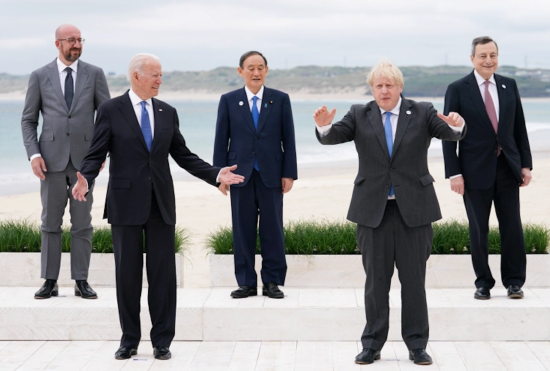 Since April 2020, the government has announced three states of emergency in major cities including Tokyo and Osaka – the latest to end on June 20. The number of infected persons, however, has not decreased, the rate of infections has not slowed, and medical personnel have continued to be highly stressed. Since April this year, the government has set out a lower state of emergency, known as manbō, a play on words that implies stronger measures against the coronavirus. Suga, meanwhile, has failed to engage in frank and sincere dialogue both in the Diet, Japan’s parliament, and with the public. He has been unconvincing with his announcements, postponements and cancellations.

While the government has conducted its countermeasures, the lives of citizens have been restricted, while private companies have been forced to arrange for more than 70 percent of employees to work from home. Restaurants are among the most damaged industries as their business hours have been curtailed by an 8 pm close and a prohibition against serving alcohol. This has had a huge negative impact on Japan’s economic recovery. Japan's economy declined 1.3 percent in the first quarter of 2021 from the preceding three-month period, an annualized decline of 5.1 percent.

Overall, resentment among the public has built up. For a year, many have understood the government’s concerns and supported its policies but now do not discern a strategy to contain the virus, let alone an endgame. With vaccinations, priority was given to medical personnel (4.8 million have received their shots since February) and senior citizen over 65 years old (36 million since April). According to prime minister’s office, the government’s target is to immunize these groups fully by July. Given this pace, the prospects for any acceleration are low. People are concerned about the accuracy of government data, the efficiency of the vaccine rollout, and the effectiveness and safety of the vaccines. 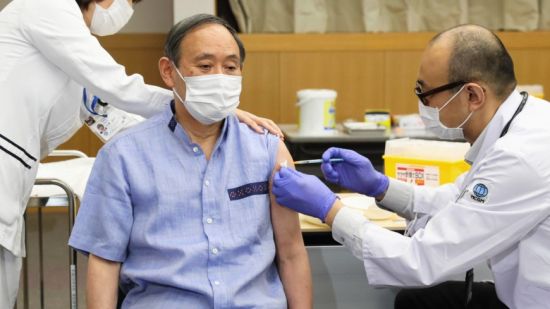 Meanwhile, the postponed 2020 Tokyo Olympic Games are still on track to open officially on July 23 even as a large number of citizens will not have been vaccinated. Japanese are concerned that Suga is putting his political ambitions – to be put to the test in a fall election – ahead of people’s health and livelihoods. According to a Kyodo poll in mid-May, 60 percent of respondents said the Games should be canceled, while 25 percent said they should be held without fans. The influential Asahi Shimbun newspaper, a sponsor of the Olympiad, called for the cancelation in an editorial on May 26. Mikitani Hiroshi, Chairman and Chief Executive of the Rakuten Group, told CNN on May 14 that holding the Olympics amid the ongoing pandemic amounts to a "suicide mission".

Suga, nonetheless, has consistently advocated for the Games to go ahead despite opposition from many politicians, the medical community, volunteers and sponsors, who have at different times urged cancellation or further postponement. The prime minister has repeatedly countered that international organizations support the holding the Games. On June 13, the G7 group of advanced economies came down on the side of the Japanese government, saying the delayed Games should press on with safety precautions against the coronavirus “as a symbol of global unity in overcoming Covid-19”.

More important for Suga’s administration was that US President Joe Biden himself backed the event. “President Biden affirmed his support for the Tokyo Olympic Games moving forward with all public health measures necessary to protect athletes, staff and spectators,” the White House said in a statement. The attitude of the US matters since the alliance with Washington remains Japan’s most prized diplomatic asset. This was clear in April when Suga became the first foreign leader to enter the Biden White House. 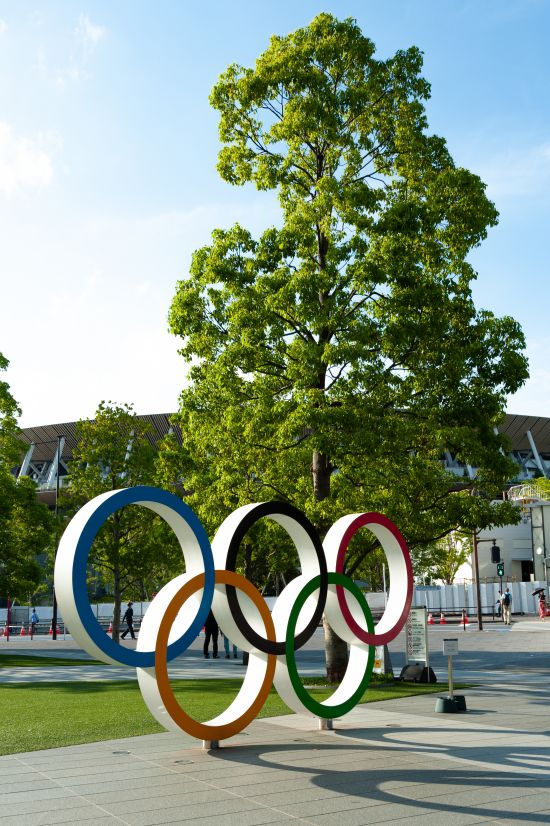 Has Suga’s Olympics strategy succeeded? Could he take a victory lap after the Games and then bag the gold at the polls?

A poll conducted by the Yomiuri Shimbun in early June found the country evenly divided, with supporters of the Games at 50 percent, slightly exceeding the 48 percent preferring cancellation. Public opinion notwithstanding, the prime minister’s stubborn stance has received widespread international support – from the International Olympic Committee (IOC), Western allies and China. As the sports extravaganza approaches, the Japanese public could well moderate their resistance and tacitly accept an Olympic Games that is as safe as possible and limited in scale.

Given these circumstances, Suga is likely to take the great gamble and hold the Games. If the number of infections increase, the health and lives of Japanese citizens would be in greater jeopardy during the summer. As for his popularity heading into an election, a key factor on which Suga is betting is China. Beijing is the only factor that could unite public opinion and help him rout his political opposition.

In the G7 Summit communiqué, the leaders criticized China’s assertive and repressive policies over Hong Kong and Xinjiang, and reaffirmed their opposition the trade-distorting market abuses by the Chinese. The statement mentioned Taiwan. Of late, Suga has taken a strong pro-Taiwan stance, providing vaccines and supporting Taiwan’s participation in the World Health Assembly, the governing body of the World Health Organization. These positions have little or no opposition in Japan.

Needless to say, these policies would irritate Chinese leader Xi Jinping, whose visit to Japan scheduled for last year was postponed indefinitely due to the pandemic. They could also damage the Japan-China relationship. But for Suga, eager to save his political career, that is a risk worth taking. Japan already has several issues with Beijing, mainly over the disputed Senkaku islands (known as Diaoyu in Chinese) and concerns over economic, trade and business ties with China. Thanks in large part to the rebuilding of ties under Abe over his long tenure as prime minister, no obvious crises are in the offing. “There are no urgent matters with regard to relations with China,” a Japanese official says. Although Japan and China need each other economically, Suga might be willing to take a political stand against Beijing that would be a pragmatic, possibly low-risk way for him to have his Olympics cake and yet avoid eating political crow.

Asahi Shimbun editors. (May 26, 2021) “Prime Minister Suga, please all off the Olympics this summer”, The Asahi Shimbun, Tokyo, Japan.

Weeks, Donna. (June 15, 2021) “Under pressure on the Olympics, Japan’s prime minister is saying little and hoping for a political lifesaver”, The Conversation, Parkville, VIC, Australia.