No Second-Rate Trade Deal: What RCEP Means for the Global Economy

The Regional Comprehensive Economic Partnership forged by ASEAN member states and key dialogue partners including Australia, China, Japan, South Korea and New Zealand is often described as an old-style free-trade agreement that focuses on tariffs and market access of goods. In reality, argues Wang Xin of the Charigo Center for International Economic Cooperation in Beijing, RCEP is a thoroughly modern trade accord that will have significant impact on the global economy by boosting trade in services and driving growth in trade and investment in “new” areas including digitalization, data and e-commerce. 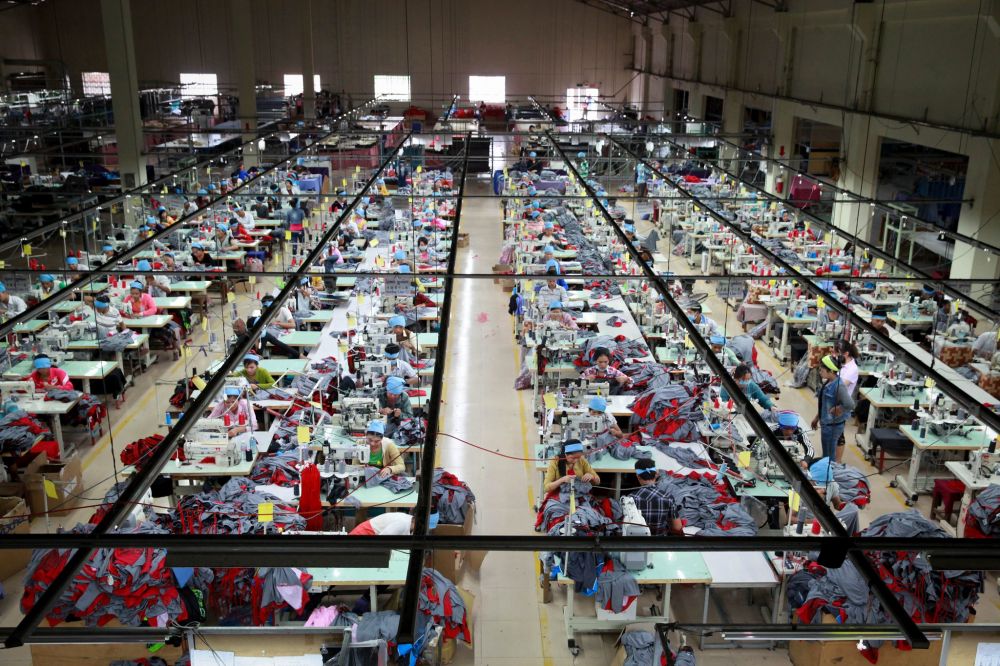 Garment factory in Cambodia: The overarching goal of the Regional Comprehensive Economic Partnership is to eliminate over 90 percent of tariffs among the 15 signatories in 20 years (Credit: Tiffany Tsang/ILO)

The Regional Comprehensive Economic Partnership (RCEP) came into effect at the beginning of 2022, blowing fresh air into a world full of problems and troubles, exacerbated two months later by the outbreak of the Ukraine war. Over the past decades, global economic development has been marked by a widening gap between rich and poor either among countries or between classes in particular economies. There has also been deepening international trade friction, notably the US-China tariff war and the stepped-up use by the US and other Western countries of financial and economic sanctions to pursue political and security agendas, disrupting trade and investment relations.

RCEP has entered into force in this environment, an achievement that counters the prevailing decoupling narrative. It is an inclusive agreement that brings together 15 members – the 10 ASEAN states and five of the grouping’s dialogue partners including Australia, China, Japan, South Korea and New Zealand. Together, they account for about 30 percent of global GDP and a similar share of global trade volume.

The accord binds developed economies such as Japan with developing ones such as Malaysia and among the least developed in the region such as Lao PDR. There are great differences in economic system, development level, economic scale and trade volume among the group. The agreement takes full consideration of the demands of all parties, establishing an appropriate transition period, with the overarching goal of eliminating over 90 percent of tariffs among the signatories in 20 years.

The pact covers not only market access of goods, services and investment but also includes rules regarding trade facilitation, intellectual property rights (IPR), e-commerce, competition and government procurement. It also has two chapters focused on small and medium-sized enterprises (SMEs) and economic and technological cooperation to help developing economies. 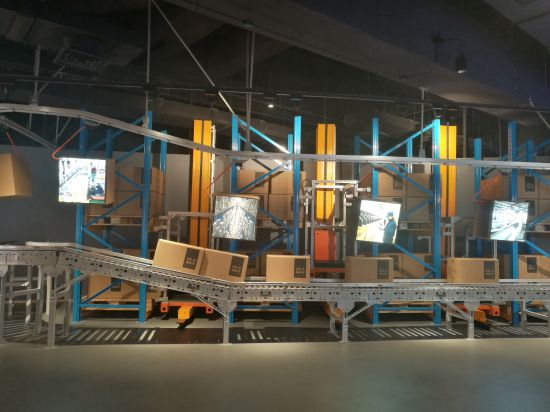 The conventional narrative is that RCEP is inferior to the other major Asia-Pacific regional trade framework, the Comprehensive and Progressive Agreement for Trans-Pacific Partnership (CPTPP), concluded by 11 countries after the US administration of Donald Trump withdraw from what had been the TPP. The CPTPP came into force in the ratifying countries (so far, all but two, Chile and Malaysia, have ratified the deal) at the end of 2018. But RCEP is well and truly a modern trade agreement, with commitments on adopting new technologies to promote customs facilitation and provide for smooth cross-border logistics and on negative-list investment access, greatly improving policy transparency. RCEP lays out common rules in some 20 “new” areas including IPR, digitalization and data flows. For example, for foreign enterprises to operate in the China market, they will not need to locate their servers in the country.

With RCEP, the members have arguably made more inroads than what has been achieved at the multilateral level in the World Trade Organization (WTO). RCEP members promise to open more than 100 service sectors including finance, telecommunications, transportation, tourism and R&D. It also allows for new business models and formats such as cross-border e-commerce, fintech, online office platforms, online education, e-consulting and online trade fairs, all of which could stimulate significant economic growth.

RCEP takes a cumulative approach on determining origin, stipulating that all products made from materials or parts sourced from member countries will be regarded as original. This will increase the proportion of original-valued components and make it easier for exports within the region to reach the threshold for tariff preference. In other words, even if producing or processing is finished in many countries, tariff preference will still be granted as long as the finished product is entirely made in the membership region. 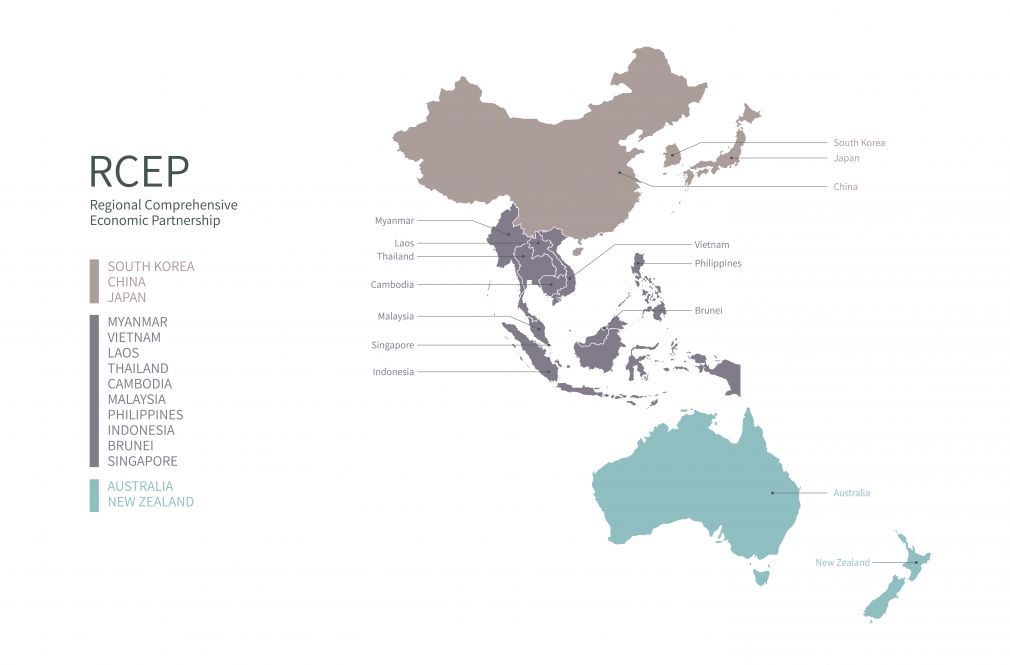 RCEP’s impact on the global economy

RCEP stands to be not just a driver of growth in the economies of the member economies but also a fillip for global economic recovery post Covid-19. It could also help counter the deglobalization/decoupling narrative by spurring deeper regional integration and a reconstruction or reconfiguration of global supply chains that have been strained or broken by geopolitics and the pandemic. As countries implement its measures, it could stand as a countervailing force against unilateralism and protectionism.

RCEP lays a foundation for real Asia-Pacific economic cooperation. While the Asia-Pacific Economic Cooperation (APEC) forum has been around for decades, a meaningful economic cooperation mechanism has remained elusive. RPEC is comparable to the APEC footprint: It includes all 10 of the ASEAN economies and not just seven and does not include the economies in the Americas, Papua New Guinea, Hong Kong and Taiwan. The key difference is that RCEP commitments are binding, while APEC economy commitments outlined in members’ action plans are not.

Asia-Pacific economic integration will greatly speed up. Before RCEP, China, Japan, South Korea, Australia and New Zealand had signed free trade agreements (FTAs) with ASEAN. But RCEP is not just a simple merger of five FTAs. The agreement has far broader coverage and provides a more integrated framework than would be the case had each of the dialogue-partner FTAs been combined. In addition, RCEP institutionalizes the economic cooperation framework, with a permanent secretariat and a stronger governance plan that includes ministerial meetings, four committees on goods trade, services, investment, and sustainable development. RCEP could well spur other FTAs, including one combining China, Japan and South Korea, which was first proposed in 2002.

RCEP will promote intra-regional trade and capital flows within the region. A report released by the United Nations Conference on Trade and Development (UNCTAD) in December 2021 forecast that the intra-regional trade volume within the RCEP area would expand by 2 percent, a value of about US$42 billion, of which US$17 billion would be new trade. The report also reckoned that due to tariff reductions, Japan would benefit the most among the members, with its exports to the other 14 countries, especially auto parts, steel and chemicals, increasing by 5.5 percent over 2019 figures. According to the Peterson Institute for International Economics (PIIE) in Washington, RCEP members will drive a net increase of US $519 billion in exports and US$186 billion in national income annually by 2030. Over the next five years, services trade in the RCEP area will grow by more than 8 percent a year, predicated on the easing of the pandemic, which will prompt a rebound in tourism, people-to-people and cultural exchange, and education. 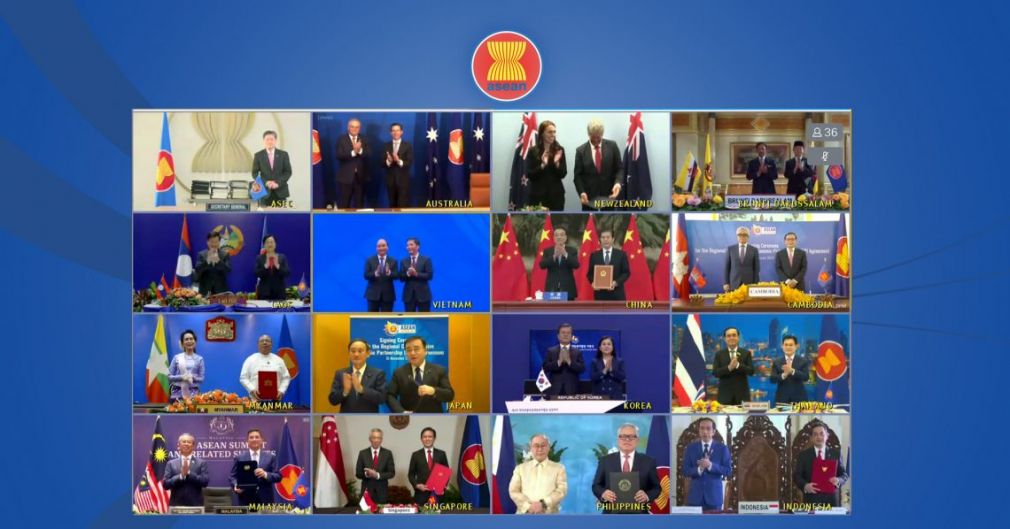 In the past 30 years, because of increasing investment by multinational enterprises, East Asian economies have become well integrated into global industrial chains. RCEP will provide more choice for manufacturers and will promote the efficiency and stability of the established chains in the region (the region-wide and global sourcing network with China and emerging players such as Vietnam and Indonesia as key assembly platforms). This facility will attract more Japanese, Korean, and Western enterprises to invest in the RCEP region. It will promote the transfer of enterprises in China to ASEAN, a trend that has been underway for some time. And RCEP will catalyze the development of economic and trade links with resource-rich countries in Africa and Central Asia.

It could become a lynchpin in global trade that because of its inclusive nature contributes to a more friendly environment for European and American companies in the context of the fraught relations between the West and China. "If the agreement can create barrier-free supply chains and promote cooperation among its member states, European enterprises in the region will surely benefit,” Bernd Lange, Chairman of the International Trade Committee of the European Parliament, said. “The European Union has signed bilateral agreements with many RCEP members so it will improve our economic relations with Asia."

Overall, RCEP will further push forward globalization and global governance, providing a boost for economic recovery from the Covid-19. It represents a major opportunity for most countries and enterprises, as well as a challenge to countries in and out of the region, especially for Europe and US. RCEP will roll out and become mature over the next two to three years, developing into a dynamic economic zone. The key to its success will be how well members avoid along external political factors to interfere in its implementation. China and Japan, the two largest economies in the region, will play fundamental roles. Japan is already the key driver of the CPTPP, which China has applied to join. RCEP could well play a significant role in addressing the friction not just in the global economy and the multilateral trading system but that created by the US-China strategic competition and the disputes between China and the West.

Harbinson, Stuart. (May 19, 2022) “Can the World Trade Organization be Reformed?”, AsiaGlobal Online, Asia Global Institute, The University of Hong Kong. 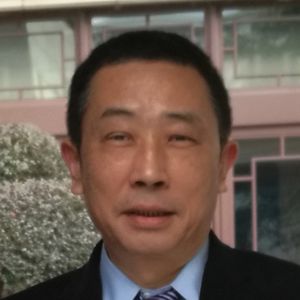