Following World War II, the global economy moved rapidly toward further integration. Now, this process has stopped, and is in fact reversing itself. With countries increasingly engaging in economic nationalism, massive changes are coming, for economies big and small. 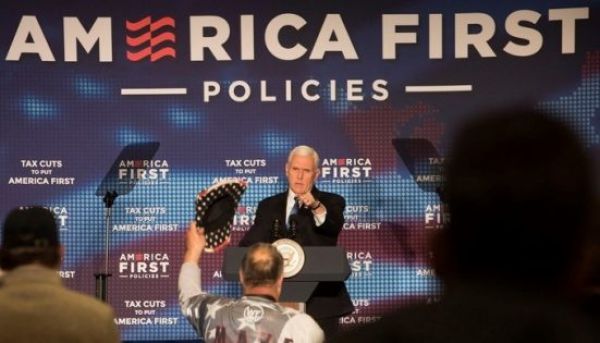 The rise of international trade and free movement of capital, which facilitated the post-World War II period of unprecedented growth and prosperity, may now be at an end. Lower growth rates and decreased benefits might lead nations to seek to maximize their own positions at the expense of others, reducing the degree of their engagement in a global economic system.

Research by the United Nations Conference on Trade and Development shows that capital flows, as a percentage of global gross domestic product (GDP), have also slowed, to 6.9% of GDP in 2017, compared with 21.4% of GDP in 2007.

These declines are significant, although they may be exaggerated by the remarkable expansion in global trade and capital flows over the past few decades, especially after 1989, when the reintegration of China, Russia, and Eastern Europe into the world economy provided impetus for globalization.

The Drawbacks of Globalization

When growth rates were high, the unbalanced distribution of the benefits of globalization was tolerated, albeit grudgingly. However, with slower economic growth, problems are emerging.

For individual nations, globalization always offered mixed, and often idiosyncratic, benefits. The simplistic analysis of the mutual benefits of Ricardian comparative advantage does not hold true in today’s complex world, except in a general sense. David Ricardo himself accepted that despite the benefits of free trade, it would affect wages. Labor was itself a commodity and, like other commodities, would sell at cheaper prices under the conditions of free trade and global competition.

Critical failure has come in rising inequality, as well as the loss of employment and income for specific industries in advanced economies. While better-educated workers and consumers with disposable income have benefited, low-skilled workers have seen their living standards stagnate or decline as their jobs have migrated to low-cost emerging markets. This has created significant pockets of discontent, which have driven the rise of anti-trade and anti-globalization populist political movements.

Economic and political sovereignty is undermined by globalization. The global financial crisis that began a decade ago revealed that integration reduces the effectiveness of a nation’s economic policies unless other nations take coordinated action.

Governments reacted to that crisis by initiating large spending programs to support their economies. In many cases, there was significant financial leakage, with spending boosting imports rather than promoting domestic demand, employment, income, and investment. Changes in tax policy can be rendered ineffective if other countries do not follow suit. International agreements on global issues that require self-sacrifice on the part of nations become difficult.

A move toward closed economies is a natural way to deal with these pressures and reassert sovereign control. As one nation adopts such policies, it compels other countries to pursue similar strategies to protect their own interests.

A Move to Autarky

Various breakdowns—restrictions on trade, currency manipulation, capital controls, and predatory regulations—now signal the retrenchment of globalization and a return to autarky. The move to tariffs-and-sanctions regimes merely makes explicit what has been implicit for some time.

Movement of capital has become increasingly restricted. Governments have resorted to financial repression, a process designed to channel funds to governments to help liquidate otherwise unsustainable debts or prop up financial institutions and economic activity.

Nations with high levels of government debt that face financing difficulties seek to limit capital outflows through explicit or implicit capital controls. Governments are increasingly using regulatory initiatives to gain advantage. Under the guise of implementing regulations needed to strengthen the financial system, the U.S. has enacted measures whose extraterritorial application may give American businesses a competitive advantage.

As economic nationalism reasserts itself, reducing free trade in goods and services and free movement of capital, the U.S., Europe, and China may find policy options that support a closed economy progressively attractive.

What Is at Stake for Each Region

Structurally, the U.S. can function successfully as a closed economy, due to its size (it accounts for about 20% of global GDP), a large domestic market, and a lower exposure to trade than other large economies (15% of GDP, compared with 38% for China, 35% for the European Union, and 30% for Japan). Development in shale gas and oil provides the U.S. with energy self-sufficiency and competitive energy costs. The dominant role of the U.S. dollar as the world’s reserve currency, accounting for about 60% of global investments, and its status as the primary currency for global trade give the U.S. unprecedented freedom of action.

As economic nationalism reasserts itself, the U.S., Europe, and China may find policy options that support a closed economy progressively attractive.

As a single unit, the eurozone’s current account is nearly balanced: it has a small trade surplus, its overall fiscal deficit is modest, and its aggregate level of public debt, while high, is manageable. The major issue for Europe is significant disparities between individual members of the zone in terms of income levels, public finances, external accounts, and debt levels. To tackle these problems, the eurozone requires greater integration, an idea that is unpopular with countries like Germany that would have to bear the cost.

The Chinese mercantilist model is also increasingly problematic as growth slows and its weaknesses emerge. China will have to rely on domestic capacity to drive the strong growth necessary to preserve social stability and the rule of the Communist Party. An internal focus would assist China to undertake the rebalancing of its economy from one driven by exports and state-directed, debt-financed investment to one driven by higher consumption.

For many nations, especially smaller ones without large domestic economies or adequate economic resources, retreat from global integration poses significant challenges. In particular, the traditional export-focused path of economic development is now less available for less developed economies. This forces them to use other, less effective pathways to improve living standards.

“Nations have no permanent friends or allies; they only have permanent interests,” the British statesman Lord Palmerston said in 1848. Despite the economic benefits of global trade, these interests are progressively dictating the reversal of the trend to greater global integration, and a return to economic nationalism with far-reaching economic, social, and geopolitical consequences.