Japanese Prime Minister Kishida Fumio’s tour of G7 countries yielded agreement among leaders on the need to maintain a tough line on Russia and its aggression in Ukraine. Kato Yoshikazu of Rakuten Securities Economic Research Institute and the Trans-Pacific Group writes that, while Kishida’s summit with US President Joe Biden put on a robust display of strategic unity on the issue of countering China in the Indo-Pacific, that reaffirmation of the alliance between the two countries did not make Japan’s balancing challenge in the tense region any easier. 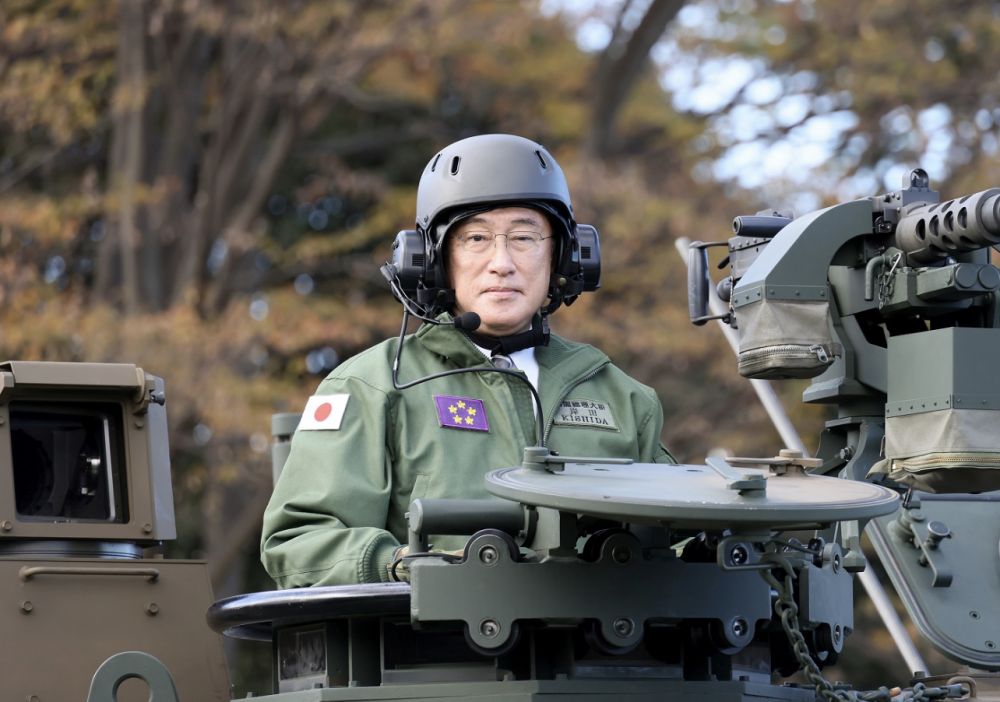 Ready, or not?: Prime Minister Kishida reviews troops on the anniversary of the establishment of Japan’s Self-Defense Forces, November 27, 2021 (Credit: Prime Minister’s Office of Japan)

In Washington at the end of his round-the-world tour of France, Italy, the United Kingdom, Canada and the United States, Japanese Prime Minister Kishida Fumio reflected on his country’s global role as this year’s G7 chair. “In the course of exchanging views with the leaders of each country, I was strongly reminded of the importance of Japan's responsibility to lead the international community and the high expectations placed on Japan”, he said to the press on January 14. From his conversations with fellow leaders, whom he will host in Hiroshima in May, Kishida concluded that their biggest test is the Russian war on Ukraine. “I pointed out that the aggression is not only a European problem but also a challenge to the rules and principles of the entire international community and agree that [at the summit] we should demonstrate a strong will to uphold the international order based on the rule of law.”

Why does hosting the G7 Summit matter so much for the Kishida administration? There is a serious personal reason – Hiroshima is the prime minister’s hometown and he represents one of the prefecture’s seven districts in the lower house of the Japanese legislature. Given that the city is only one of two to have ever been devastated by an atomic bomb (the other is Nagasaki), Kishida wants to use the significance of the venue get G7 leaders to put forward a collective pledge that the use of nuclear weapons never be allowed again. Such a declaration, however symbolic an accomplishment, would be especially poignant in light of Russian President Vladimir Putin’s threats of going nuclear since his country’s military invaded Ukraine nearly a year ago.

As chair of the G7 group of industrialized democracies (Russia having been suspended from the G8 in 2014 because of its annexation of Crimea in Ukraine and Moscow withdrawing from the organization three years later), Kishida aims to reaffirm the current liberal rules-based international order and counter any inclination by Putin to use a nuclear weapon in Ukraine. Working towards this goal, he believes, would enhance Japan’s leadership in the international community – and more important, stem the decline of his government’s approval rating (at 33 percent, with 45 percent disapproving, according to a January 2023 NHK poll). Having served as foreign minister for nearly five years in the administration of Abe Shinzo, who was Japan’s longest-serving prime minister, Kishida may be reckoning that deft diplomacy could help strengthen his domestic political support. 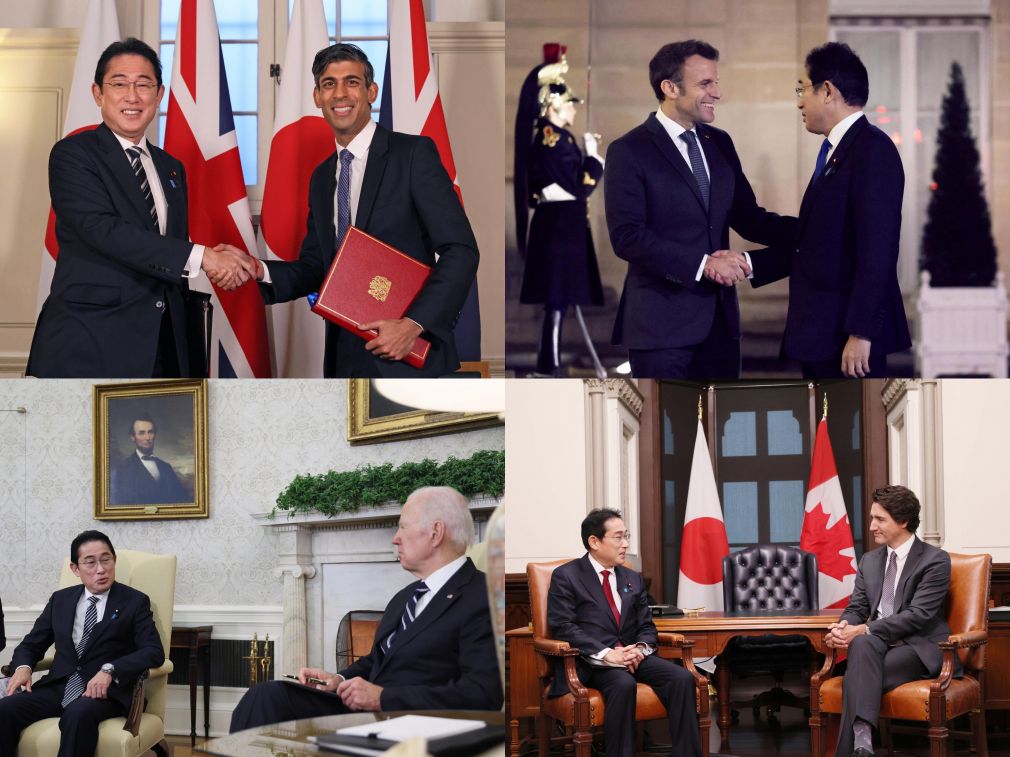 Kinetic Kishida: The prime minister had discussions with leaders including, clockwise from top left, the UK's Rishi Sunak, Emmanuel Macron of France, Justin Trudeau of Canada, and US President Biden (Credit: Prime Minister's Office of Japan)

The prime minister’s turn on the global stage came just weeks after his government released three key security initiatives – the National Security Strategy of Japan, the National Defense Strategy and the Defense Buildup Program. This marked of the most significant shifts in Japan’s strategic and military posture, explicitly calling for counterstrike capabilities to destroy enemy missile launch sites and other targets. The government intends to secure about

¥43 trillion in defense spending over five years from fiscal 2023 to bolster its self-defense capacity amid what it sees as the rising threats from China, North Korea and Russia. The objective is for total defense spending in fiscal 2027 to account for 2 percent of GDP. (It was 1.07 percent in 2021). This proposed target has already stirred debate as achieving it would require tax increases for both individuals and businesses.

Despite of the controversy, Kishida regards the publication of the documents as a historic breakthrough for Japan, a great opportunity to demonstrate that the country is a reliable and responsible power. Introducing these new approaches to his fellow G7 leaders was one of the most important purposes of Kishida’s six-day trip, during which the prime minister left for last his most important stop – Washington.

Allies on the same page

At the US-Japan summit, Kishida and President Joe Biden fully supported their respective new national security strategies. The Biden administration had launched its blueprint in October 2022, identifying the “most pressing strategic challenge we face as we pursue a free, open, prosperous, and secure world” as coming “from powers that layer authoritarian governance with a revisionist foreign policy.” It specifically pledged to “effectively compete with the People’s Republic of China, which is the only competitor with both the intent and, increasingly, the capability to reshape the international order, while constraining a dangerous Russia.” 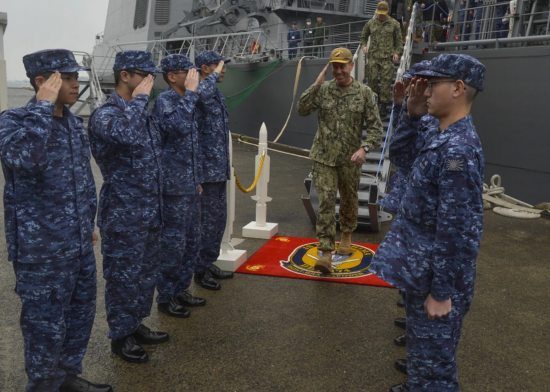 The two leaders celebrated their major moves to promote a free and open Indo-Pacific (FOIP), a concept originally proposed by Abe when he was prime minister and which the US later embraced. According to the joint statement released after the summit – the pair did not hold a joint press conference – “President Biden commended Japan’s bold leadership in fundamentally reinforcing its defense capabilities and strengthening diplomatic efforts…This investment will bolster security across the Indo-Pacific and beyond and modernize the US-Japan relationship for the 21st century.”

Biden’s plaudits may have been a case of premature irrational exuberance. “The praise Biden gave was more than enough for Kishida,” said an official at Japan’s Ministry of Defense. “The reality we face, however, is not optimistic. We filed the great document, made wonderful promises. But given our pacifist Constitution, sensitive public opinion and limited human resources in the arena of defense, it would be quite difficult to implement these policies in practice. At the end of the day, the US will be disappointed”.

Biden’s plaudits may have been a case of premature irrational exuberance. “The praise Biden gave was more than enough for Kishida,” said an official at Japan’s Ministry of Defense. “The reality we face, however, is not optimistic. We filed the great document, made wonderful promises. But given our pacifist Constitution, sensitive public opinion and limited human resources in the arena of defense, it would be quite difficult to implement these policies in practice. At the end of the day, the US will be disappointed”.

China of course has been the most obvious focus of concern of the US-Japan security alliance. Once again, Biden reiterated Washington’s unwavering commitment to the defense of Japan under Article V of the Treaty of Mutual Cooperation and Security, using its full range of capabilities, including nuclear weapons. He also reaffirmed that Article V applies to the Senkaku Islands, uninhabited islands in the East China Sea known in China as the Diaoyu Islands. The Japanese government has consistently wanted the US to restate such unequivocal pledges.

In the so-called 2+2 meeting before the summit, the American and Japanese foreign and defense ministers “concurred that China’s foreign policy seeks to reshape the international order to its benefit and to employ China’s growing political, economic, military, and technological power to that end. This behavior is of serious concern to the Alliance and the entire international community, and represents the greatest strategic challenge in the Indo-Pacific region and beyond.”

This strongly-worded statement inevitably spurred a negative reaction in China. Kishida still wants some spaces to maintain workable Japan-China bilateral relations. Security concerns, however, are leaving him little room for maneuver. In November 2022, the prime minister met Chinese leader Xi Jinping at the G20 Summit in Bali, Indonesia, where he expressed concerns about Chinese assertive behavior in the area of the East China Sea including military activities such as the launch of ballistic missiles into the waters near Japan. But in a January 13 speech at Johns Hopkins University during his stay in Washington, Kishida averred that Japan and China should “continue dialogue including on issues of concern and cooperating on matters of common interests. Both sides need to make efforts to build such a constructive and stable relationship.” 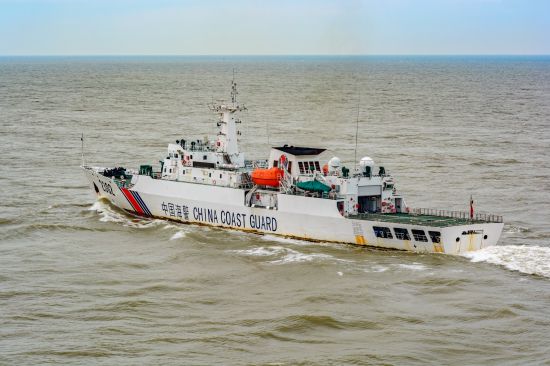 This is a Japanese leader’s classic diplomatic dilemma. There is no doubt in Tokyo policy circles that Kishida’s top priority should be to strengthen the alliance with the US in the context of the FOIP. But the real challenge will be how to manage Japan’s key relationships and balance the enduring alliance with Washington and its fraught ties with Beijing. The Japanese government well understands that the US-China strategic competition will play out over the long term. Japan has to survive tactically in between the major powers. This difficult reality did not ease after Kishida’s historic G7 tour – and the pressure will not be alleviated even if the prime minister’s hometown summit is a “success”. The boldness and unrealistic ambition of Japan’s new security/ defense strategy actually make the relationship between Washington and Beijing more complicated.

Three challenges for Japan in the Indo-Pacific

Looking forward, there are three key policy challenges for the Kishida administration in managing Japan’s relations with China. In the short term, there is the question of rescheduling a visit to Beijing by Kishida’s foreign minister Hayashi Yoshimasa, which was supposed to take place in December 2022 but was abruptly cancelled by Beijing. It will be interesting to see how this is handled, given that Hayashi’s US counterpart, Antony Blinken, is expected to travel to China in February.

In the medium term, the risks over Taiwan loom. If some accidental or unexpected incident between China and the US should occur or if heightened tensions in the Taiwan Strait should boil over, Japan would be unavoidably drawn into any clash. Would Japan be ready under the framework set by its new national security/defense strategy?

Finally, in the long term, how should Japan, as arguably the leading member of the Comprehensive and Progressive Agreement for Trans-Pacific Partnership (CPTPP), the high-standard regional trade arrangement among 11 countries (not including the US), should manage China’s application to join? The challenge goes beyond the question of how to handle China’s and Taiwan’s separate bids for membership and will require deft diplomacy to resolve.

How Japan, whether under Kishida’s leadership or that of any successor, copes with these problems will substantially influence the regional order in the Indo-Pacific and determine Japan’s future status and development. 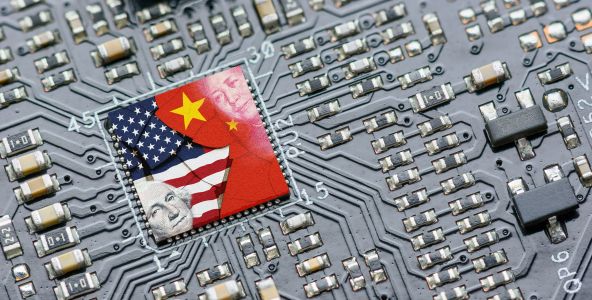 Thursday, December 22, 2022
The global implications of the US-China decoupling dispute over technology would be better understood using big-data analytics and artificial intelligence