For innovation to serve everyone in emerging economies, it must go beyond the relentless pursuit of the cutting edge. Focusing more on the needs of the majority of Asian emerging market consumers will lead to more sustainable, lasting growth. 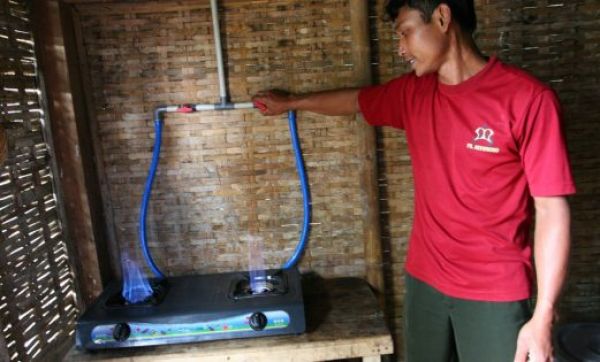 Many Asian economies are focusing on innovation and regional emerging markets to drive growth. The economic model “Thailand 4.0,” for example, presents a broad development agenda for a knowledge-driven economy based on innovation and value creation. Malaysia’s 11th Plan (2016-2020) similarly focuses on innovation, as does China’s 13th Five-Year Plan (2016-2020). South Korea and Japan have also launched innovation-driven growth initiatives.

The concept of innovation reflected in all these strategies involves investment in advanced science and technology and high-level research and development. These may be characterized as a supply side approach to innovation, aimed at the technological frontier, intended to increase productivity and create high-value products and services for global markets. Getting the most out of Asian emerging markets, however, also requires a concept of innovation that recognizes the particular characteristics and constraints of their consumers, and how best to serve their unmet needs: a demand side perspective.

Asia in the Global Economy

The 2008 financial crisis and its aftermath are accelerating fundamental shifts in the global economic order. The relative sizes of the United States' and European Union's economies have been shrinking, compared with those of the leading Asian economies of China, India, and ASEAN. The growth rates of the Western economies are expected to continue to lag in coming years. In 25 advanced economies incomes have stagnated or fallen for a majority of households during the period 2005-2014. Therefore, U.S. and E.U. consumers are no longer expected to be the primary propellant of growth for the export-oriented Asian economies, as they have been in the past.

China and ASEAN are examples of the region’s two-tier fragmented markets.

Asia’s sustained high growth in gross domestic product (GDP) has led to a dramatic increase in its share of world output. China is now the world’s second-largest economy by nominal GDP, and largest by purchasing power parity, accounting for 18% of global GDP, just above the U.S. share of around 16%. India is the sixth-largest by nominal GDP, and third-largest by purchasing power parity, accounting for around 7% of world GDP. ASEAN, as a region, is the sixth largest, and could be the third by 2030. By 2025, the Asian region is expected to account for nearly half of the world’s output; and by 2030 around 40% of global consumer spending.

However, disposable incomes in these regions will continue to lag significantly behind the purchasing power of consumers in the developed economies of the U.S., E.U., and Japan in coming years. The vast majority of the region’s population will continue to be lower-income, based in rural areas and smaller secondary cities.

Yet, the two-tier nature of these Asian emerging markets presents considerable opportunities, particularly for small- and medium-sized enterprises (SMEs). However, this requires a very different perspective on innovation.

An alternative approach to innovation takes a demand side perspective, and is sometimes referred to as frugal innovation. This focuses on the needs and characteristics of the majority of consumers who have high aspirations but lower incomes. It also involves addressing particular market constraints; for example, the development of innovative sales and distribution channels and after-sales services for consumers outside major urban areas.

An alternative approach to innovation takes a demand side perspective, and is sometimes referred to as frugal innovation.

Frugal innovation is thus different from, but complementary to, the traditional supply side approach that stresses investment in cutting-edge research and development and the highest levels of technology and skills. This user-driven approach to new products and services is technologically far less demanding, often involving adapting existing technologies in innovative ways to local consumer needs and market constraints. It is therefore more accessible to a majority of Asian emerging market firms, particularly SMEs.

Interaction with potential consumers at early stages of product development is especially important for understanding the needs and constraints of Asian emerging market consumers. This is vital for successful market-responsive product development. Commercialization then involves investing in sales, marketing, distribution channels, services, and business models essential for reaching consumers in fragmented lower-tier urban and rural markets. The focus is on breakthrough customer insights rather than breakthrough new technology, and on value for many, not only on value for money. Frugal innovation can also provide the basis for serving global niche markets, including consumers in high-income developed economies, particularly as buying patterns become more cautious and value-driven. This is referred to as reverse innovation.

Several successful examples of frugal and reverse innovations, particularly from India and China, build on an understanding of Asian emerging markets and their consumers.

China’s Galanz adapted existing technology (originally licensed from Toshiba) to develop microwave ovens that are simple, energy-efficient, and low-cost. The capabilities of these ovens include stir-frying, deep-frying, and steam cooking, to meet the needs and constraints of Chinese households. The company has built on local success to become a global leader in the market for microwave ovens.

First Energy, an Indian company, makes the Oorja stove, a low-smoke, low-cost, efficient cooking device powered by rechargeable batteries. The batteries run on pellets, an organic biofuel made of processed agricultural waste such as peanut shells and sugar cane waste. Partnering with two NGOs and involving local women entrepreneurs, First Energy has developed a sophisticated rural distribution and local service network. It has introduced larger stoves for urban commercial markets such as hotels, restaurants, and caterers, and is now exporting to markets in South and Southeast Asia, and beyond.

For an example of reverse innovation, we look at GE’s user-friendly ultrasound and electrocardiogram machines. Targeted mainly at India and China, they were introduced specifically to meet the income, infrastructure, and service constraints of emerging economies. Further to this, GE adapted innovative financing and distribution systems for local consumers. These products have also proven to be lucrative in niche U.S. and E.U. markets, and have led to a global strategic initiative called GE Healthymagination, which focuses on under-served or marginal communities.

The frugal innovation approach can be an important complement to the advanced-technology-driven innovation strategies accessible, over the medium term, only to a relatively small number of companies and workers. It can provide significant additional opportunities for the internationalization of companies, particularly SMEs, and therefore generate productive jobs for a wider segment of the population. This, in turn, can help build the necessary societal consensus for the structural transformation of economies as the objective of innovation-driven growth strategies. 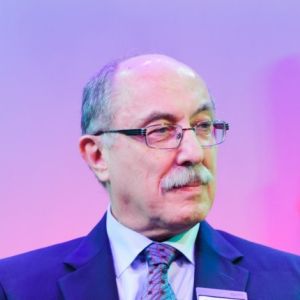