In his new book, Indonesia: Dividing the Spoils, author Keith Loveard reflects on 30 years of observing efforts to boost economic development. He concludes that far too little has been done to improve social equity and identifies the “informal” economy, which dominates with around 50 percent of the labor market, as critical for any real progress. Standing in the way are historical and systemic obstacles, not least corruption and environmental decay. 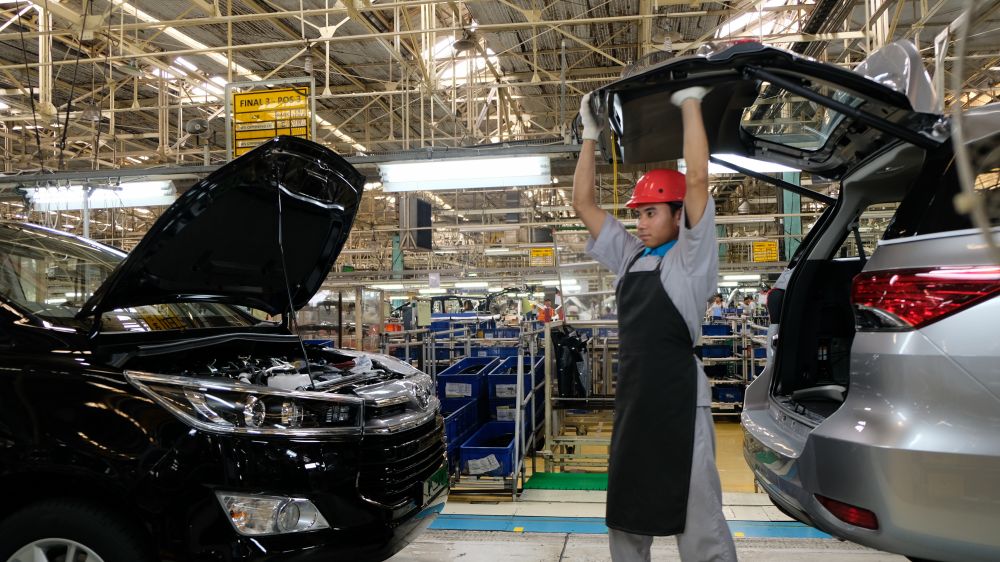 Economic boost: Assembly line in Karawang, one of the fastest growing cities In Indonesia and center of the country’s emerging automotive industry (Credit: E Noveetasary/ILO)

In what is now more than 30 years of continuous residence in Indonesia, I have – to my own surprise – been increasingly attracted to the impact of economics on development. It has become obvious that a nation’s wealth and the manner in which it is – or is not – shared influences factors ranging from personal satisfaction to geostrategic security. Indonesia’s critical strategic position was one of the reasons I parked myself in the country all those years ago and it remains very true that the direction of the country will be important for regional security in the years to come. Meanwhile, in the Indonesian context, a people famous for their tolerance have made it clear on a number of occasions – most notably in 1998 – that there are limits to that patience.

The objectives set by Joko Widodo on his ascendancy to the presidency in 2014 were eminently sensible, not least a revolution in mindset for a nation that for far too long had wrapped itself up in red tape to limit exposure to outsiders. Less sensible was an expectation that the country could leap into the ranks of the global top 10 economies by the time of the centenary of independence in 2045. That ambition, unlikely from the start, faded into the distance with the arrival of Covid-19. While my book, Indonesia: Dividing the Spoils – Economic Growth and Social Equity in Modern Indonesia, does not discuss in any detail the economic impact of the pandemic, clearly the coronavirus has set back the hopes of many millions of people, not least Jokowi, as the president is popularly known.

Current realities also make it clear that Indonesia – and countries like it – cannot afford to rely only on statistics such as gross domestic product (GDP) as their only measure of progress. In discussing the state of Indonesia’s political economy, I have identified a number of sectors which, while obviously intersecting to form a whole, can be discussed separately. The most dramatic growth has been in the modern sector, where over my time in Indonesia certain areas of the country have been transformed into advanced industrial societies, albeit usually dependent on imported technology. A journey east from Jakarta, for instance, will pass through the very modern landscape of Karawang, center of the emerging automotive industry

But much of Indonesia’s economy is not as observable. The country’s “black” economy – in which revenues and profits are not reported and transactions are dominated by criminal gangs – could be as much as 30 percent of the official total, making it a significant source of growth. But the elephant in the room is the so-called informal or “gray” sector, which is perhaps the least studied aspect of Indonesia’s economy. With around half the population employed here, quite obviously far more work is needed to identify ways and means of improving conditions for people in this segment. This is the key to real progress for the country. 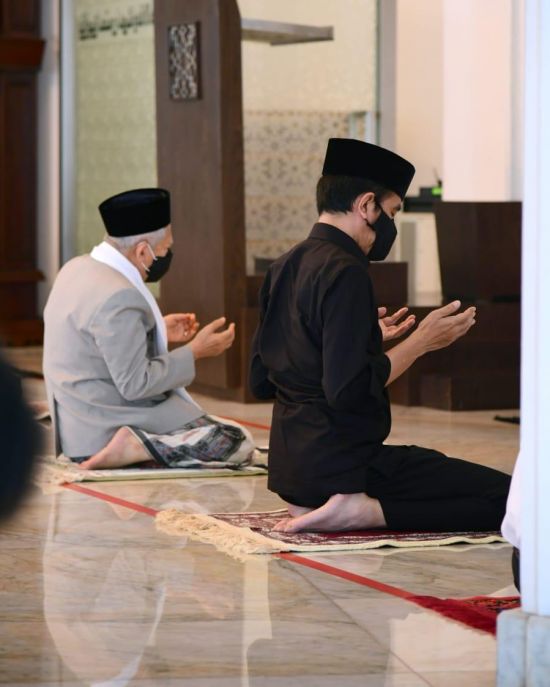 Covid-19 has demonstrated that what is urgently needed is a better safety net for people in the gray sector, who are described by the World Bank as the emerging middle class but whom I have always preferred to refer to as the “near poor”, given their tenuous hold on economic wellbeing. It has to be acknowledged that the government is moving in the right direction. In introducing the national health insurance program BPJS Kesehatan, assistance for the children of poor families to continue their education, and a very large boost in the funds available for small businesses and for village development and other aspects of Western European-style social democracy, the previous administration of Susilo Bambang Yudhoyono and now Jokowi’s are creating a more socially just Indonesia.

It is perhaps not surprising that the increased level of attention to the often undramatic aspects of development such as village roads and schools should come from leaders close to the pesantren – the religious schools pioneered by the Muslim religious organization Nahdlatul Ulama (NU), the world’s largest such organization. To people like me in Jakarta and other centers of modern Indonesia, it has been far too easy not to notice the contribution being made by these schools to boosting baseline livelihoods. I also have to admit that I was personally surprised to see that the signature objectives of Vice-President Ma’ruf Amin, who had been NU’s supreme leader from 2015 to 2018, were to achieve gains for this part of the population. His nomination by Widodo was roundly condemned as a sop to right-wing conservative Islam but he is on record as setting greater social justice as a priority.

While he may not have been able to do much to put his ideas into policy, mainly as a result of the pandemic, there remain hopes that he can make a difference in raising the importance of grassroots development. This could, in turn, do much to make Indonesia an example of how other emerging economies can deal with the problem of how to create better lives for their people at a time when GDP statistics alone offer little hope of progress. 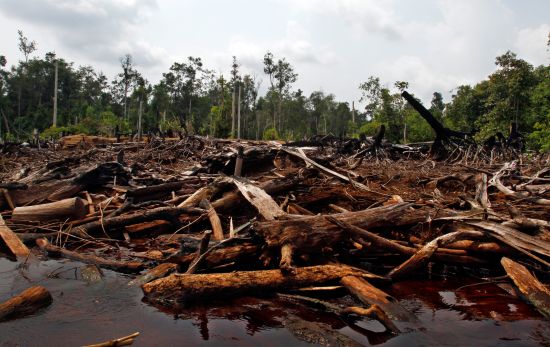 There is however a mountain of obstacles to overcome before Indonesia can rightly be considered to have achieved a degree of social equity. Not least is the geographical reality of being situated on the “Ring of Fire” volcano belt, which is seeing dramatic activity. The country’s geography as an archipelago spread over some 3,000 kilometers also does little to make development easy. Then there is the legacy of previous disasters and the perennial problem of abuse of the environment. The deterioration of “natural” Indonesia since I first visited the country as a backpacker way back in 1970 is depressing.

There is also persistent corruption, which has created its own legacy of loss and dysfunction. Dramatic cases such as the massively abused national identity card program grab the headlines, but there is also systemic gaming of the system to provide benefits for privileged players – invariably in league with well-placed members of the bureaucracy to scoop off profits. Why, for instance, is it necessary for the Department of Trade to apply quotas to the import of garlic, which in a typical year can see price rises of five times for consumers? Genuine free trade would be a major benefit for the average Indonesian rather than the current situation in which privileged persons reap enormous profits from their ability to control the toll gates of imports and exports. Until such time as the country genuinely applies economic reforms that reduce the cost of living for the average consumer, improving living standards will be an uphill battle.

Perhaps most critical is the tendency of Indonesians to react negatively to any suggestion from outsiders that a change in mindset would benefit everyone. Even after I have lived three decades in the country, most Indonesians will dismiss my opinions simply because I am a foreigner. A more open-minded society could progress far more rapidly, I would argue. In this case, the views expressed in my book are the result of discussions over a very extended period with Indonesians from all social classes, from presidents to simple traders. As a result, it is a mirror that reflects the attitudes of the many citizens who have shared their feelings about their country with me. They seek only a better life for their countrymen and women. 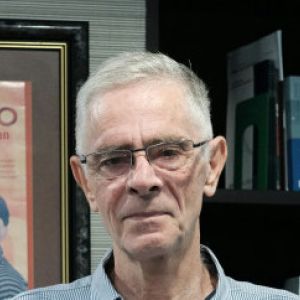 Keith Loveard is an independent consultant, researcher and journalist, who has spent 30 years reporting on and analyzing Indonesia. He is the author of Indonesia: Dividing the Spoils – Economic Growth and Social Equity in Modern Indonesia, published by Uwais Inspirasi Indonesia. After an early career in Australia, he became Jakarta correspondent for the Hong Kong-based news magazine Asiaweek in 1990, a position he held for seven years. His first book, Suharto: Indonesia's Last Sultan, was published by Horizon Books in 1999. A spell as a freelancer followed and in 2002, he began work with the Indonesian Department of Trade and Industry, where he was speechwriter for the minister, advised on public relations strategies, and developed the country's first promotional website. On the change of government in 2004, he joined Concord Consulting as editor and senior analyst, retaining these positions until his retirement in 2019. He lives with his family in Gianyar, Bali.