India is scheduled to launch the lunar rover Chandrayaan-2 in 2018, an emblematic sign of the country's will to step up its space policy. Its efforts in this arena include a revival of international partnerships and a change in its position on space militarization. In the absence of an adequate global governance regime, such activity extends geopolitical tensions to outer space. 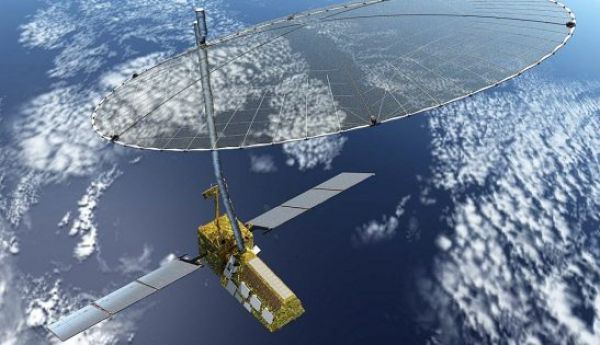 India has one of the oldest space programs in the world—in operation for more than five decades—and is considered an established spacefaring power. Today, the country is gradually reorienting its space program towards national security. This new approach is driving India to forge partnerships with countries such as Japan, and revise and strengthen old links with partners like the U.S. and France. India’s changing tack towards a more security-driven space program is spurred by new geopolitical realities. But could this changed stance on space policy also spark further geopolitical competition?

Before we delve into the substance of India’s new space program, two points need to be made. First, India’s space program remains overwhelmingly focused on civilian initiatives, and the new and developing attention on the security utilities of the program will not fundamentally change its civilian orientation. The development of new capabilities that help address India’s national security concerns is an addition to, and not a replacement of, existing capabilities.

Second, India’s interest in developing these technologies is somewhat reactive, driven by the development of such capacities in other countries: China, for example. There is little to suggest that India’s expansion of the scope of its space program is being driven by purely domestic political interests or technological imperatives.

The larger geopolitical developments in the region constitute a critical factor. The India-Japan strategic partnership, which has been steadily growing over the past decade, is a testament to the new geopolitical realities in the region. It is worth recalling that for decades, these countries had rather cool relations. Not anymore. China’s rise affects both, and they have reacted together. Space is one of the many arenas where this new strategic cooperation can be seen.

Naoki Okumura, president of the Japan Aerospace Exploration Agency (JAXA), stated, “India and Japan will lead the space sector in the Asia-Pacific region.”

Just a few weeks ago, India entered into similar engagements with France. French President Emmanuel Macron’s recent visit to India saw surprisingly strong statements of deeper strategic cooperation between the two countries. So dramatic is this intensification of the relationship that some noted commentators have even suggested that France could be as important an ally for India as Russia has been.

India and France will be collaborating on a range of issues in defense and security. Their agreements on space and maritime security in the Indian Ocean, in particular, stand out in terms of the actionable agenda that New Delhi and Paris are working on. As is the case in collaboration between India and Japan, India and France are driven by shared global and regional security concerns, including maritime security, freedom of navigation and overflight, and respect for international law, among other issues. The two sides are planning on employing space assets to develop effective maritime domain awareness (MDA), given their increasing concern about maritime security in the Indo-Pacific.

As with France, India’s relationship with the U.S. is also undergoing a strategic deepening, with the two countries sharing political and strategic goals in the Indo-Pacific region.

On the Road to Space Militarization?

This new focus on using space for security purposes has not come easily for India. India has traditionally been opposed to using space for security-related functions. In fact, from early on, India played an active role in pushing to keep outer space beyond interstate conflicts. In one of the first articulations on the issue at the United Nations, Indian representative Krishna Rao argued in 1964 that outer space was a new field, so “there were no vested interests to prevent the international community from embarking on a regime of cooperation rather than of conflict.” As he saw it, space fortunately did not have any regimes in place, so the questions were “not those of modifying an existing regime but of fashioning a new pattern of international behavior.” This had consistently been the Indian position: that space should only be used for peaceful, cooperative purposes.

In accordance with this position, India was stridently opposed to the U.S. Strategic Defense Initiative (SDI) in the 1980s. In 1985, Muchkund Dubey, India’s ambassador to the Conference on Disarmament, criticized the SDI and “called for negotiations to prevent an arms race in outer space.” This policy stance continued even after the end of the Cold War.

This had consistently been the Indian position: that space should only be used for peaceful, cooperative purposes.

But over the last decade, there have been signs of change in India’s space policy orientation, especially its position on space militarization. For example, India supported the Bush administration’s decision to withdraw from the Anti-Ballistic Missile Treaty, though this did not result immediately in any specific changes in Indian space military capabilities or even programs. This can be traced, partially, to larger political objectives.

A Response to China's Geopolitical Positions

Real change in India’s space policy orientation came after January 2007, when China conducted its first anti-satellite (ASAT) missile test. This was compounded by changing geopolitical alignments and the shifting military balance in Asia. All of this is now driving new races, including in outer space. Though the primary competition is between the U.S., Russia, and China, there is a second rung of competition involving, among others, India because of China’s growing capabilities and the ambiguity of its policies, as well as the aggressiveness of some of its postures.

India has come to acknowledge that space may not remain a purely civilian domain.

China’s ASAT test in January 2007 is particularly important in this regard. China may have been responding to the capabilities already developed by the U.S. and Russia during the Cold War, but its ASAT test was an eye-opener for New Delhi with regard to the kind of threats India must be ready to confront right in its backyard. Since then, India has nuanced its position on space militarization.

India has come to acknowledge that space may not remain a purely civilian domain. The implication of this is that if India does not improve its own capabilities, it may be left lagging behind in a critical area. Thus, India has set up an “Integrated Space Cell” within its Ministry of Defence, and has been discussing other administrative reforms.

There is, of course, little doubt that others, including Pakistan and China, will respond to the growing sophistication of India’s capabilities. There is little that India can do about this; what is clear is that the growing geopolitical tensions in Asia are going to reach outer space. 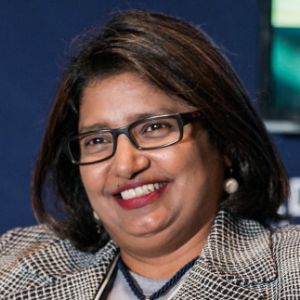 Rajeswari (Raji) Pillai Rajagopalan is the director of the Centre for Security, Strategy and Technology at the Observer Research Foundation in New Delhi. Dr Rajagopalan was technical advisor to the United Nations Group of Governmental Experts on Prevention of Arms Race in Outer Space (PAROS) from July 2018 to July 2019. She was also a non-resident Indo-Pacific fellow at the Perth USAsia Centre from April to December 2020. As a senior Asia defense writer for The Diplomat, she writes a weekly column on Asian strategic issues.