Identity and Citizenship: Pressures and Prejudices of Nation-States

Russian President Vladimir Putin insists that his country’s invasion of Ukraine is aimed at righting a historical wrong, arguing that Ukraine is part of Russia. Vishakha N Desai of Columbia University, author of World as Family: A Journey of Multi-Rooted Belongings, writes that nationhood, citizenship and identity are more and more intertwined and complex in the globalized world. Historical and cultural connections and assertions of sovereignty, she concludes, should not force a binary choice on people of multiple belongings. 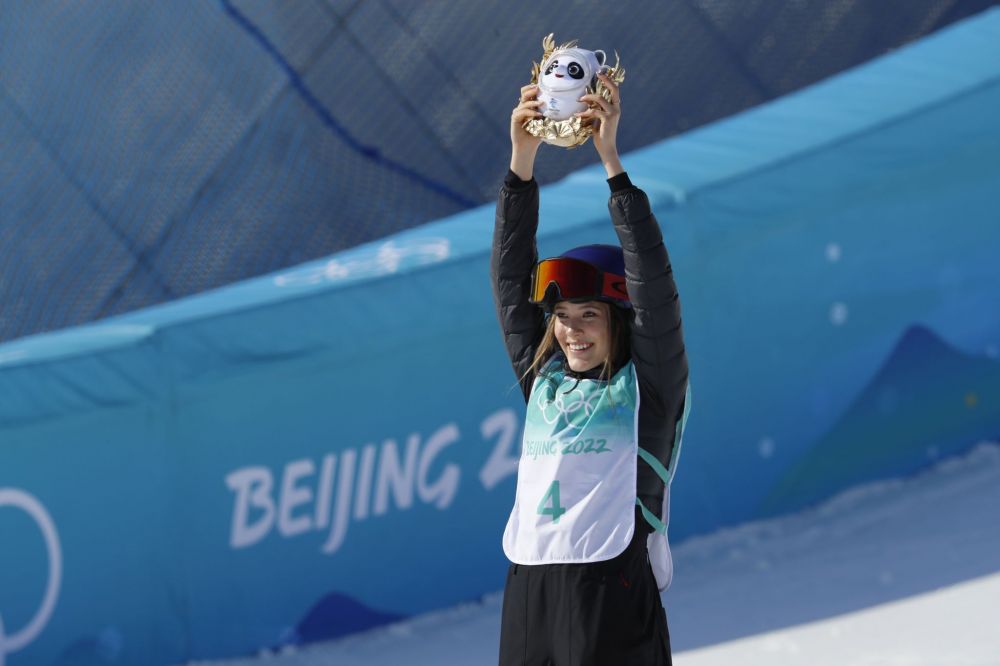 Olympic gold medalist Eileen Gu, also known as Gu Ailing: “I am American when I am in America and Chinese when I am in China.” (Credit: David McIntyre/DGM Photography)

As the world watches in horror the missile attacks combined with the untethered march of Russian tanks and soldiers through the streets of Ukraine, the question of nation-states and their boundaries or borders inevitably rises to the surface. The Russian leader Vladimir Putin made it clear in his speech on the eve of the invasion that his country’s action was not simply to stop Ukraine from becoming an ally of hostile Western powers, but it was to set right what he argued was a historical injustice. He claimed that Russians and Ukrainians were one people, with shared historical, cultural, linguistic, economic and familial ties.

“Ukraine is not just a neighboring country for us,” he said. “It is an inalienable part of our own history, culture and spiritual space. Since time immemorial, the people living in the south-west of what has historically been Russian land have called themselves Russians.” In other words,  as Putin saw it, the current  borders of the nation-state of Ukraine were simply artificial modern creations and the historical connections between the two nations justified the old imperial idea of “spheres of influence”, suggesting that the cultural identity of the people of Ukraine was connected to Russia and should go beyond the questions of modern citizenship of a recently created nation.

Stories of connections between the people of Ukraine and the Russian Federation keep coming up in the midst of stories of carnage. “My grandmother is Ukrainian and I am worried about her,” a forlorn and anxious Russian on the Western border commented.  Ukraine’s President Volodymyr Zelensky himself is a native Russian speaker, symbolizing the deep connections between the two countries. 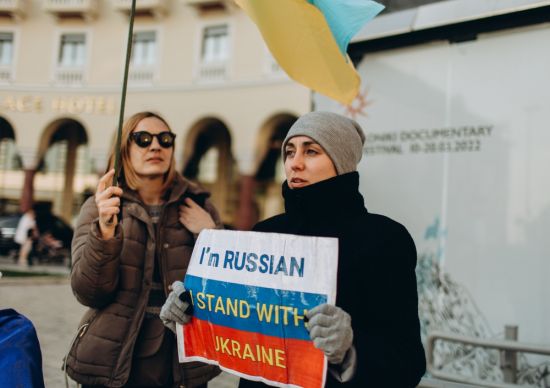 There is no question that there have been historical and cultural connections between the peoples of the Ukraine and Russia, going back to the Czarist regime, and then again during the Soviet Union period. However, to use such historical occasions as the only story, an exclusive one, to define the identity of the Ukrainian people is partial at best, primarily for the political benefit of claiming all of the modern nation of the Ukraine as part of Russia. Just because Ukraine has historical and cultural ties with Russia, does this negate its own cultural or national identity, especially of the last 30 years when a whole generation has grown up thinking of itself as distinctly Ukrainian, separate from Russia?

Nationhood, citizenship and identity are inextricably tied up, not only in the current crisis in the Ukraine, but in many aspects of our globalizing world. Take the example of the recent Beijing Winter Olympics. When Eileen Gu, an American, born to a Chinese mother and a Euro-American father, competed in the Games representing China, she created a stir on social media in both the US and China. “Ungrateful” or “turncoat” were the milder forms of invectives she received in the US. The clear message was: How dare she compete for China when she was born in the US and had all the benefits of training in America?

In China, while she was hailed a hero, she had to walk a fine line and was not above controversy: How come she could have an Instagram account and can write freely about her accolades when the same privilege is not available to the millions of Chinese born in China? Neither for Americans nor for the Chinese did it matter that Gu sees herself a both Chinese and American. She said it herself: “I am American when I am in America and Chinese when I am in China.”

Former US ambassador to the UN and former governor of South Carolina, Nikki Haley, excoriated Gu, insisting that “you have got to pick a side, period. You are either American or you’re Chinese, and they are two very different countries.” This may be true of choosing citizenship, especially for countries that do not recognize dual citizenships (China does not but some 64 countries allow dual or multiple citizenships), but it is crucial to realize that one’s sense of identity is not the same as citizenship. 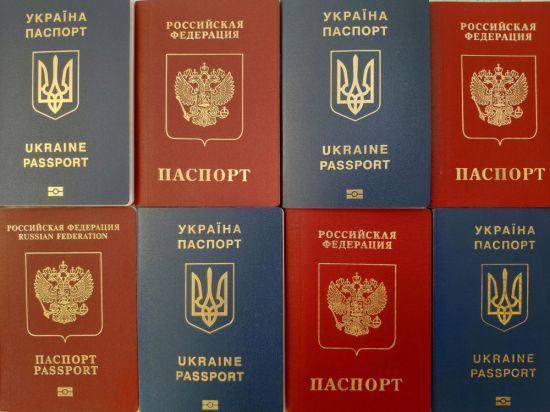 Forced to choose: Citizenship and nationality should not require people of multiple belongings to make a binary choice (Credit: Igor Radysiuk / Shutterstock.com)

Haley’s definitive response to Gu suggests that for her, the legal status of citizenship, a political dimension of one’s sense of belonging, is the exclusive domain of identity, with no difference between cultural identity and citizenship. It says as much about the decision the Indian American politician (her full name is Nimrata Nikki Randhawa Haley) has made about how she wishes to be seen as it says about her belief that it is not possible to live with a sense of belonging that includes multiple cultures and transcends national boundaries. Nor does it take into account the fact that the very idea of nation-states and citizenship is relatively young, going back only to the 18th century.

It is ironic that while Gu and other sports figures of Asian origin such as Naomi Osaka, the Japanese tennis star, have received vitriolic reactions for their decision to represent countries other than the US, the attacks on Asian Americans, coinciding with frictions with an Asian country, continue unabated. As I have written elsewhere, during these moments, going back to World War II, Americans of Asian origin are seen as not “American” enough. It is almost as if Asian Americans cannot quite belong to this country as they are – both American and Asian.

At the heart of these fraught discussions is the fact that in the globalizing world that we live in, the concept of citizenship as being exclusively bound to the sovereign, territorially defined state and inclusive of one’s definition of identity is increasingly limiting. Porous borders, more frequent movements of people from one place to another, transnational economic exchange and instant communications – fundamental qualities of globalization – have led scholars and artists alike to question the exclusive notions of political sovereignty and corresponding expectations of citizenship.

When the controversy around Eileen Gu broke out, many Chinese Americans felt a sense of pride, not simply because she was one of them, but more because she gave voice to what many of them feel: both Chinese and American, without having to choose one or the other or put themselves in a binary, no matter how difficult that could be. Clearly for her, and millions of others, who call multiple countries home in our ever-shrinking world, the question of belonging is far more complex than the dichotomous notion of citizenship or identity Nikki Haley prefers.

Like my Chinese American brethren, I, too, was thrilled to hear Gu take pride in her multiple belongings. As I have articulated in my recent book, World as Family: A Journey of Multi-Rooted Belongings, if we have learned anything from the catastrophe of Covid-19, it is the urgency of creating a culture of “us” rather than “us vs them”. The idea of a “collective culture” is not about annexing other people into one’s own, or demanding that newcomers integrate into an imagined idea of a national culture. It is more about recognizing the layers of belonging, based on a contextual understanding of one’s self. As Eileen Gu has tried to show in her life, it is about being Chinese and American, not choosing one over the other. Living with multiple belongings is confusing and conflict-ridden at times, but it is also exhilarating and necessary as we learn to go beyond exclusive notions of nationalities and think of ourselves as part of a global community of humans. 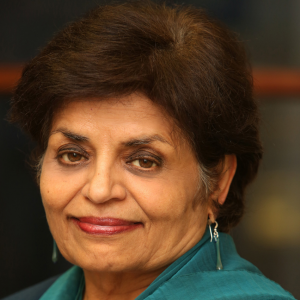 Vishakha N Desai is senior advisor for global affairs to the president of Columbia University and chair of the University’s Committee on Global Thought. She is president emerita of the Asia Society, which she headed from 2004 to 2012. Born in India, Dr Desai, who holds a PhD in art history from the University of Michigan, is author of World as Family: A Journey of Multi-Rooted Belongings (Columbia University Press, 2021).