How New Rules Aim to Reduce Slave Labor in Asia

The complex nature of global supply chains means that using exploitative labor at any stage, even indirectly, may harm a company's brand and risk legal liability. Consumers do not want to be associated with trafficked workers and will shun goods produced with slave labor. Nations are passing laws to address this problem. Mandatory reporting of anti-slavery actions may provide some protection for both businesses and workers. 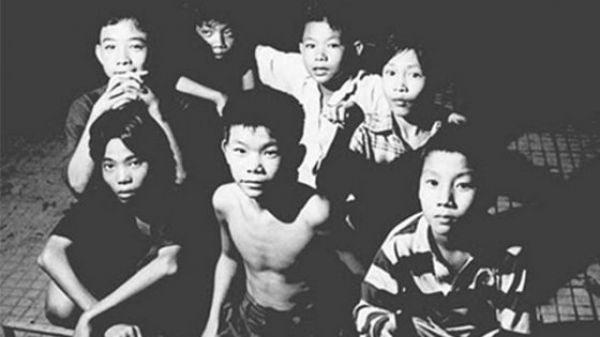 Combating human trafficking and modern slavery in Asia-Pacific supply chains is a serious challenge. The region is an engine of global economic growth, and home to factories that supply international brands, and yet there are also high levels of poverty, especially in rural areas. This gives rise to concerns that many workers who toil in these factories may be trafficked and at great risk of precarious employment situations, and, in particular are victims of slavery. In 2017, the International Labor Organization (ILO) estimated that there were 40.3 million victims of modern slavery worldwide. Of this number, the prevalence falling victim to such practices is highest in the Asia-Pacific region, where the ILO believed that four out of every 1,000 people were subject to forced labor and labor trafficking. Such figures have led to calls for greater transparency as to what business is doing to ensure that their goods do not use forced labor.

International momentum for the corporate sector to address human trafficking has grown quickly. In October 2015, the UK enacted the Modern Slavery Act. This legislation recognizes the positive role that the private sector can play in addressing the demand aspects of labor exploitation by establishing the requirement of non-financial reporting on human trafficking and modern slavery. All UK commercial organizations with a global turnover in excess of £36 million and trading in the UK are legally required to publish an annual slavery and trafficking statement disclosing what they are doing to address and prevent these rights violations from taking place in their supply chains. This obligation is a concrete legal one, and organizations face civil penalties if they fail to report. A similar federal bill is also being proposed in the United States.

The UK act has spurred similar mandatory non-financial reporting developments in other jurisdictions. Australia now has its own Modern Slavery Act of 2018, which entered into force on the first day of 2019, with a reporting requirement for businesses and other entities with a consolidated revenue of at least A$100 million for the annual reporting period. The first set of these modern slavery reports are due by 31 December 2020, and they will be entered into a national register for public online access. Given that 73 percent of Australia's trade is with countries in APEC, the impacts of this reporting requirement will be felt on supply chains across the region as Australian businesses and entities carry out their human rights due diligence.

Hong Kong is also considering a similar law. In November 2017, two Legislative Council members, Dennis Kwok and Kenneth Leung, proposed legislation to criminalize all forms of human trafficking in Hong Kong. The bill contains a provision that would oblige certain commercial organizations to prepare and release annual slavery and human trafficking statements. But it faces significant opposition from the Hong Kong government, which believes that criminal offences associated with human trafficking are already sufficiently addressed by existing legislation.

Addressing these matters is not solely the domain of governments, and legislation. Asia Pacific governments and stock exchanges have made tremendous progress in recent years on corporate social responsibility, advancing the concept beyond corporate philanthropy to responsibility to conduct due diligence on a host of non-financial concerns. Termed collectively as environment, social and governance (ESG), these concerns have gained growing prominence, particularly on the importance of fostering a green economy. Labor rights, however, remain under-emphasized. For example, on the Environmental, Social, and Governance Reporting Guide for listed companies on the Hong Kong Stock Exchange (SEHK), mandatory non-financial reporting extends only to all the key performance indicators (KPIs) focused on the environment. SEHK-listed companies must comply by reporting (or, at the minimum, explain why they cannot report) on all questions addressing environmental impact. The same “comply or explain” approach, however, is only seen for some social KPIs and not all social impacts. For instance, the rules for reporting child and forced labor are only recommended, not mandatory.

Similarly, we see that social matters, especially on the subject of labor protections, can fall outside existing expectations of mandatory non-financial reporting, even by other leading stock exchanges in the region that have made progress on ESG disclosures. The Singapore Stock Exchange introduced mandatory sustainability reporting on a “comply or explain" basis in June 2016, an improvement on its previous rule of only requiring mandatory reporting for corporate governance. Nonetheless, under current rules, a listed company has wide discretion on what is covered in this sustainability reporting. Hence, human trafficking and modern slavery could fall outside the scope of mandatory reporting if they are not self-selected by the company for disclosure.

Pivoting to the Top

Mandatory reporting on human trafficking and modern slavery makes the problem transparent, and thus can initiate great change. But non-financial reporting statements must involve discussions at the highest levels of corporate governance. Without high level signoff and accountability, matters are likely to remain hidden. New legislation recognises this. For example, for the Modern Slavery Acts of UK and Australia, as well as the proposed legislation for Hong Kong, all non-financial reports to regulators must be approved by the reporting entity’s principal governing body (such as the board of directors) and signed by the director or a similar responsible member. Senior management must stand fully behind their commitment to eliminate human trafficking and modern slavery from all aspects of business operations and supply chains.

At the same time, non-financial reporting, specifically on issues of labor but also broader concerns of environmental impact, human rights and governance, is not a panacea. The issues are complex and require continuous engagement to identify, mitigate and remedy negative impacts. On the priority of supply chain transparency, the difficulty of addressing the most egregious forms of labor exploitation is compounded not only by the multi-tiered and sub-contracted nature of global supply chains but also by the problem of how hard it is to define human trafficking and modern slavery. In some jurisdictions, there can be a sizeable gap between how human trafficking is criminalized in domestic law versus international standards, as established in Article 3 of the UN Protocol on Trafficking in Persons, leading to different understandings of what is meant by these terms. This is particularly the case in China, where human trafficking is often equated with the abduction of young children for adoptions outside legal channels rather than labor exploitation. The country’s domestic criminal code also reinforces this misconception of the offence of human trafficking by only criminalizing the purpose of selling the victim. Moreover, it is a criminal offence only if the victim is a woman or child, and so the trafficking of all adult men is excluded.

Mandatory corporate reporting on human trafficking and modern slavery must be part of a wider strategy and only the beginning of increasing corporate engagement and consumer awareness on what the private sector and individuals can do to contribute to an environment where such rights are fully respected and protected by state authorities. Instead of a race to the bottom, business should seek a new pivot to the top.

Bonny Ling, “Human Trafficking and China: Challenges of Domestic Criminalisation and Interpretation,” 17 Asia-Pacific Journal on Human Rights and the Law, 148 (2016): 148-177.

Dr. Bonny Ling is a Postdoctoral Fellow at the Law Faculty, University of Zurich in Switzerland. She also consults for ECOFACT, a Zurich-based ESG (Environmental, Social and Governance) consultancy as a legal analyst. Her research focuses on human trafficking; business and human rights; and international law. She combines her academic research with work at the UN and international civil society.