How the Global Sleep Deficit is Bankrupting Humanity

A worldwide sleep deprivation epidemic resulting from disruption of our biological clocks will lead to health and social-economic challenges – threatening human survival. Nowhere is this a bigger crisis than in the Asia-Pacific region, where a lack of sleep has been equated with climate change or a nuclear holocaust in terms of negative consequences. Urgent policy intervention, with political will and commitment, is required to tip the scales, Christopher H Lim and Vincent Mack of Nanyang Technological University (NTU) in Singapore argue. 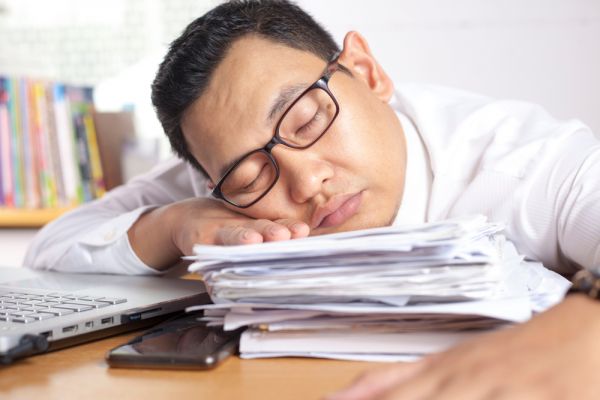 The attractiveness of digitization has led cities around the world to aspire to become smart cities, perhaps at the cost of medical problems caused by sleep debt. Will smart cities degenerate into sick cities of the future? (Credit: airdone/Shutterstock.com)

When Carrie Lam, Hong Kong’s Chief Executive, told the local South China Morning Post newspaper in 2018 that her busy schedule meant she slept only three to five hours nightly, the issue resonated with fellow residents of the city. For many Hongkongers, sleep deprivation is a familiar complaint, what the Post described as “part and parcel of the city’s ‘work hard, play hard’ culture”.

But the lack of sleep has become a global problem, and some of the world’s worst rest deficits are recorded in Asia-Pacific societies. China, India, Japan, Korea and the Philippines regularly top the sleepless tables. In March, the Chinese Sleep Research Society (CSRS) reported that nearly 63 percent of Chinese children aged 6 to 17 sleep less than eight hours a day, the minimum amount suggested for the age group.

People in Singapore get the least sleep in the whole of Southeast Asia – an average of six hours and 32 minutes a night, according to one study. Only Tokyo and Seoul have worse track records, with the population of the Japanese capital averaging five hours each night. "Children and teenagers in China and some other East Asian countries in general get the least sleep, compared with those in other regions, due to heavier homework loads," Gao Xuemei, vice-president of the CSRS, told China Daily.

While climate change is now globally accepted as a “global time bomb” issue that affects all countries – regardless of socioeconomic status – and all life forms, from plant and insects, to both land and marine-based animals, including humans, there is much less awareness of the dangers posed by alterations to another equally critical natural phenomenon: the circadian clock.

In humans, this “clock” is located behind the eyes, and comprises about 20,000 nerve cells the size of a grain of rice. Unlike other life forms, only humans would ignore it and continue to test the limits of their biological clock due to our socioeconomic desires. It took us almost three decades to accept the consequences of climate change and to recognize the need to address them. Perhaps, such recognition and awareness by the global community came a bit too late, as our options now appear limited. The global sleep deficit faces the same fate.

In agrarian societies, people structure daily routines around their biological clocks. This has given way to aligning our biological clocks with the industrial world. As society and technology transform, the biological clock is suppressed, with long-term dire consequences. The major global shift in urbanization – especially with the expansion of cities’ populations – would, directly or indirectly, create more business opportunities. This has attracted huge amounts of investments in central business districts and created the urgent need to provide round-the-clock services to achieve higher returns.

Meanwhile, policymakers and business communities attribute the economic success and vibrancy of many cities due to their residents’ willingness to go without sleep. Over time, societies are conditioned to think that for any flourishing city to survive, they must work round the clock.

Since Japan’s economic miracle after the Second World War, the world recognized the importance of industrialization to economic development. More countries, particularly those in East Asia, have since hopped onto the industrialization bandwagon. Two common social occupational norms of industrialization—shift work and frequent travel across multiple time zones—have arisen, putting the biological clocks out of synch.

Unfortunately, economic policymakers and planners in most of these newly industrialized nations may have underestimated how 24/7 operations can alter circadian systems over time. As our society embraces digitization, the line between work and leisure becomes increasingly blurred, and the lack of sleep can even be perceived as a badge of honor: the Post article noted in 2018 that some employees view getting little sleep as an indicator of how busy, and thus how successful, they are in their professional lives.

Enabled by corporate tech giants such as Facebook, Amazon, Apple, Netflix, Google and their Chinese counterparts, and coupled with the relentless pursuit of the business community to capitalize on global business opportunities, the advent of the internet has resulted in never-ending operations in business, entertainment and media. These have created a knock-on effect on the human circadian clock that is unprecedented in human history. The global biological clock crisis is further spread beyond the workplace to children as the globalization of electronic games and entertainment followed the introduction of electronic mobile devices.

The exponential increase in computer processing speed has reduced the human perception of time to a fraction of a nanosecond. Hence, human beings are conditioned to be increasingly impatient and demand instantaneous responses at a click, giving rise to the on-demand mentality across industries, ranging from news, fashion and culture, to business transactions around the globe. This addiction to electronic devices has created a world struck with the “now” syndrome.

In the past 50 years, the average sleep quality and duration of Americans have been on the decline. One 2017 report suggested the lack of sleep caused more than US$400 billion in productivity losses in the U.S. alone. The sleep deprivation epidemic has not only been limited to working adults: teenagers have also been affected. The connection between the circadian clock and metabolic cycle processes could result in a vicious cycle when either process is upset as any alteration to circadian systems and sleep could lead to forms of metabolic syndrome.

Epidemiological studies have shown that any disruption to biological clocks or sleep homeostat increases the likelihood that individuals will suffer medical complications, including a compromised immune system; multiple magnitudes in type 2 diabetes; increased risk of high blood pressure and developing heart disease and stroke; increase in dementia risk; more cravings for sweet, salty and starchy foods; and greater risk of depression and anxiety. Other studies have shown that the disruption of circadian clocks can amplify cancer risks in humans and chronic sleep deprivation is linked to liver cancer. Additionally, the shared commonality in the etiology and pathogenesis between disrupted circadian rhythms and Alzheimer’s disease suggests they are mutually dependent processes.

The attractiveness of digitization has led cities around the world to aspire to become smart cities, perhaps at the cost of medical problems caused by sleep debt. Will smart cities degenerate into sick cities of the future?

At a systemic level, sleep debt is in dire need of policy intervention. Sleep debt creates an immune-compromised response in humans – like a nuclear war. But unlike an impending nuclear catastrophe, we do not have a Doomsday Clock to tell us when the bubble will burst. Without political will at individual, national and international levels to create awareness and open discussions of current benefits vis-à-vis future costs of sleep debt, we continue to be left in the dark as to how we can adapt to this potential global catastrophe.

Vincent Mack is pursuing his PhD studies at Singapore Management University (SMU) under a scholarship from the Agency of Science, Technology and Research (A*STAR), Singapore.