Challenges of Dispatch Work in China

As China embraces the digital economy, subcontracting—the practice of using intermediaries to contract workers, whether through agencies or other multilayered contracting—is raising new challenges over legal protections and corporate responsibility, as well as labor unrest. 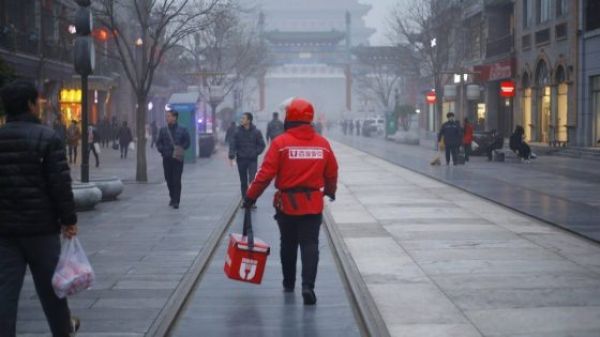 In 2016 and 2017, thousands of disgruntled workers at the Sino-German car giant FAW-Volkswagen (Changchun) held a series of protests. They were so-called “dispatch workers,” paid by a subcontracting agency rather than the employer to whose workplace they reported every day. They protested over their unequal treatment in terms of pay compared with directly employed counterparts at the company.

After a wave of protests, during which three worker representatives were arrested for “gathering crowds to disrupt public order,” the automaker offered the dispatch workers employee status. However, the workers soon discovered that their basic salary was almost RMB 1000 less than that of their directly employed co-workers. This prompted new worker action in September and October 2018.

The Chinese government estimated that by June 2011—the last year for which statistics are available—there were 37 million dispatch workers in enterprises in the country, accounting for 13.1% of the total workforce. A little over half (52.6%) of the sampled dispatch workers were rural migrants, while the rest were workers with urban household registration. According to the law, a dispatch worker’s employing entity is an agency rather than the company where they work. Thus, in the legal realm, the “user of the work”—the company that actually directs workers’ day-to-day tasks—is separate from the “employer of the person,” with which workers have their employment contracts.

The Reality of Dispatch Work

Lu Zhang, the author of Inside China’s Automobile Factories, found that temporary workers (including dispatch workers recruited from agencies and “student interns” from vocational schools)—who constituted 33% to 60% of the studied automobile plants’ production workers in 2011—were paid only half to two-thirds of the wages of regular workers, even when they “had to shoulder heavier workloads and perform less desirable tasks.”

The Chinese government estimated that by June 2011, there were 37 million dispatch workers in enterprises in the country, accounting for 13.1% of the total workforce.

In 2014, an International Labour Organization study revealed that against rising costs in a slowing economy, there was systemic usage of subcontracted labor in the Chinese manufacturing, construction, and services sectors (covering a wide range of occupations in logistics and transportation, hotel and catering management, postal and telecommunications services, and property maintenance services).

In consumer electronics manufacturing, the offer of “signing bonuses” (equivalent to double or even triple the basic monthly wage) to new recruits is a corporate strategy to cope with seasonable fluctuations in demands. Agencies also pay bonuses to quickly attract students and other job-seekers. But there have been reports of agencies refusing to give employees bonuses they were promised. In December 2018, for example, dispatch workers at Foxconn (Zhengzhou) complained that they were not paid a bonus of RMB 6000 (US$870) per person even though they had already fulfilled the previously agreed-upon days of work. As of writing, Foxconn and the dispatch agencies they contracted still have not settled their legal responsibilities.

The Economic Rights Institute and Electronics Watch found that in two of the electronics supply companies they studied, suicides were “linked to disputes over income withheld by recruiters.” The danger with suppliers and agencies endlessly chasing profits and organizational flexibility is that the risk of loss is shifted to individual workers.

The database of the Supreme People’s Court shows a marked increase in lawsuits over “dispatch work” in basic-level courts: from 59 cases in 2012 to 1255 cases in 2014, followed by a slight decline to 1190 in 2015. One documented case concerned a dispatch worker in the steel industry who argued that he should receive the same pay for doing the same work as other workers. The court’s verdict read: “Equal work, equal pay is a basic principle of our nation’s labor laws. However, equal work refers not just to the same kind of work, but also to equal labor ability, skill, and equal results and so on. Those issues are not within the capacity of the court to determine.” In his fascinating analysis, Philip Huang noted that the court, in effect, declared a “portion of the text of the Labor Contract Law to be empty words that cannot be enforced in actual practice.” The dispatch worker’s claim for equal pay was rejected.

The danger with suppliers and agencies endlessly chasing profits and organizational flexibility is that the risk of loss is shifted to individual workers.

Pro-labor legislators promulgated on March 1, 2014, that within the next two years, enterprises would be required to lower the proportion of dispatch workers to meet the legal limit of no more than 10% of each company’s workforce. The transitional period expired on February 29, 2016.

A research team from the Chinese Academy of Labor and Social Security found that following this legislative action, at state-owned China Post (which manages the national postal service) the number of dispatch workers was sharply reduced from 461,300 in 2013 to 180,500 in 2015. At the Agricultural Bank of China, the proportion of dispatch labor was cut by more than two-thirds, from 34,800 to 11,200. However, the overuse and abuse of dispatch workers in other state-owned and non-state-owned companies remain unaddressed in official government news.

Feng Xiaojun, a member of a government-supported labor investigation team and a doctoral candidate, provided additional details in her article published on August 26, 2018. To meet the 10% cap, some enterprises have converted dispatch workers into regular employees, while others have reclassified dispatch workers as “outsourced workers” (the shady practice of dubbing actual labor dispatch as labor outsourcing). In this “cat-and-mouse game,” the user firm seeks to maximize its own interests in flexibility to downsize or recruit, cut costs, and circumvent the law.

Anecdotal evidence suggests that the use of dispatch workers is increasing, with the widespread deployment of temporary laborers in app-mediated and robotics-driven work. Businesses have actively shed full-time employment through labor dispatch and other forms of subcontracting. “Fissuring,” in the words of David Weil, “leads simultaneously to a rise in profitability for [companies that] operate at the top of industries and increasingly precarious working conditions for workers at lower levels.”

Jenny Chan is an assistant professor of sociology at the Hong Kong Polytechnic University and a recipient of Early Career Scheme funding (2018-2020) awarded by the Research Grants Council of Hong Kong (ref. 25602517). Prior to joining the university, she was a lecturer of sociology and contemporary China studies at the School of Interdisciplinary Area Studies, and a junior research fellow at Kellogg College, University of Oxford. She is the vice president of the International Sociological Association’s Research Committee on Labor Movements (2018-2022). "Dying for an iPhone: Apple, Foxconn and the Lives of China’s Workers" is her first coauthored book with Mark Selden and Pun Ngai.