In the digital age, knowledge is growing at an unprecedented pace. Yet, in parallel, the world is facing global uncertainty in both the politico-economic and health fronts. What is required is a global conversation to address an age-old challenge: the balancing act of modifying or dismantling existing dogma and presupposition, write physician Diane L Lim of Bendigo Health in Australia and Christopher H Lim of the S Rajaratnam School of International Studies at Nanyang Technological University in Singapore. If left unresolved, the continued adherence to long-held assumptions and “truths” could result in an existential crisis for individuals and countries. 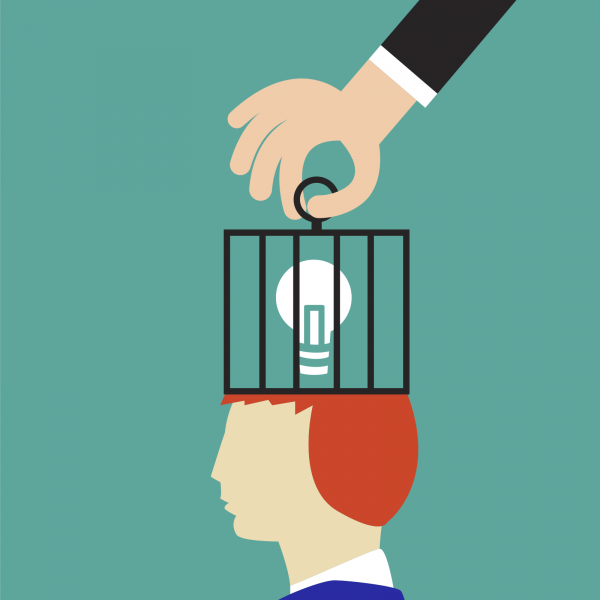 In our digital age, the rate and frequency of knowledge generated globally are well beyond current human abilities to track and absorb. At the same time, many of the “high priests” at temples of knowledge serve as guardians of dogma and presupposition. Consider how the expert class – whether they are leading academics or members of the so-called commentariat or punditocracy, has maintained their role as gatekeepers to the key platforms of communication (journals, prominent media outlets, authoritative websites). To be sure, many of these “thought leaders” should be respected as they can provide an important quality-control function if they act responsibly.

But in a fast-changing world where new knowledge is exploding and fresh thinking is emerging from previously untapped sources of information and insight, these custodians may unconsciously tilt the balance to err on the side of caution and stay wedded to conventional wisdom. But this resistance to change could mean that policy makers, politicians, and ordinary citizens are somehow enslaved by the traditional, the orthodox and the conformist, unable to move with the times. Without any effort to dismantle written-in-stone dogma and encourage global conversations on the problem, such rigidity of thinking can have decidedly negative implications.

One current challenge to conventional wisdom is the swift development of the Covid-19 vaccines. The long-held assumption is that vaccines take years to develop so hesitancy to get inoculated has been stirred in part because people cannot break out of the established mindset, hampering efforts to achieve herd immunity. Also assumed is that vaccines prevent vaccinated persons from getting the disease for which they have been inoculated. Those receiving Covid-19 vaccines feel "fit to travel" but they neglect the fine print – that getting the shots only prevents severe the signs and symptoms of the virus in a proportion of the vaccinated population. In the US, the presupposition of immediate fitness to travel resulted in a surge in domestic air travel over the Easter long weekend, the largest number of passengers taking flights since the start of the pandemic. This compromised social distancing in airports, with possible negative consequences.

Consider these other examples of how clinging to the conventional can be damaging:

To the general public and even within the medical community, Parkinson's disease (PD) is widely regarded as a degenerative brain disorder. An internet search, using reliable sources such as the US National Institute of Aging, the Mayo Clinic, and the European Parkinson’s Disease Association, would yield the following basic information:

Over the years, PD has been classified and treated strictly as a neuro-degenerative condition under the domain and charge of neurologists and neurosurgeons since the PD symptoms were first documented and reported by Dr James Parkinson in 1817. The paradigm that PD is only a brain disorder was finally debunked by a major Danish longitudinal imaging study by Per Borghammer and Jacob Horsager published in a leading journal of neurology, Brain, in August 2020. This study concluded that PD is not one but two diseases, starting either in the brain or in the intestines. Furthermore, the findings have established and supported the existence of brain-first and body-first subtypes of PD. Hence, with this new paradigm, the future treatment of PD patients ought to be personalized based on differing symptoms. 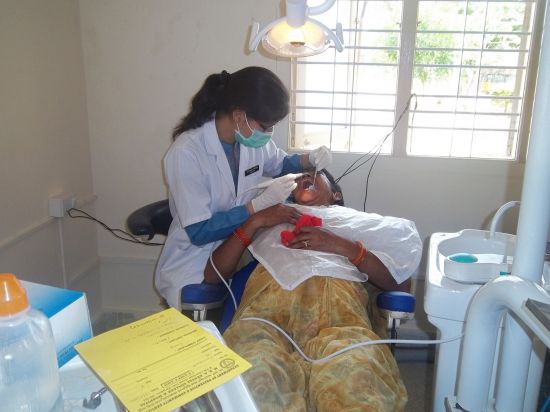 Dentist at work: The separation of mouth and teeth care from whole-of-body medicine can be detrimental to the health of patients (Credit: Trinity Care Foundation)

Even with the great advancements in and the convergence of the dental and medical sciences, educators, practitioners and policy makers remain divided over the idea of merging the two schools into a single entity. Historically, there was a revival of medical science during the Renaissance when oral health was not considered as interesting by the learned, as dental problems and services were treated as mechanical in nature. Barber-surgeons and other non-medical practitioners performed dental services such as tooth extractions. This encouraged the public to consult those in the dental trade for their teeth issues, prompting a divide between dental and medical care over time.

The presupposition was that, in the dental occupation, manual skills and technique were more important than scientific education and critical thinking, which were the attributes of medical professionals, who were therefore regarded as superior to dentists. As a result, the dental trade was unregulated even as medical schools were established in the US, UK and Asia. Subsequently, the evolution of medical insurance coverage and labor-union benefits packages reinforced the separation between oral and medical health, a division which continues today even in developed economies with longstanding health-insurance programs.

This artificial divide between oral and medical health was created by the compartmentalization of knowledge in the past and the evolution of social and business norms based on entrenched presuppositions. This has resulted in many millions around the world paying a hefty price with their lives.

The separation between mouth and body in the management of health can mean missed opportunities to prevent diseases or make a timely diagnosis of a list of ailments including Alzheimer’s, heart disease, type-2 diabetes and some cancers that could be due to hidden bacteria (Porphyromonas gingivalis) in gums.

Global health agencies and medical educators should put the patient’s mouth back in the body to develop a holistic approach to preventive health, focusing on the mouth-gut axis. Likewise, healthcare policy makers and authorities, employer federations, labor unions and the insurance industry should take the collective initiative to break down the illogical barriers between oral and medical health.

The danger of uniformity

Perhaps due to the desire to show their work is rigorous, some international relations (IR) scholars tend to present their ideas and presuppositions as universal truth. One such “guiding principle” is that all sovereign states in the modern world must politically subscribe to the Western ideal of democracy and their corresponding economic system must be in line with the Western construct of capitalism.

Yet these scholars often fail to appreciate the enormous socio-political costs that may be required to succeed in achieving both goals, not to mention the huge price of failure. In their analysis, they do not take into account all the many factors that can affect the outcome of any move to democratize or to transition to a Western-style free market – everything from the physical size of a country to its wealth distribution, from its demographics to its racial and religious mix.

Unfortunately, many IR practitioners, particularly those in the Anglo-Saxon world (led by the US), are so fixed on the notion that trading and economic partners must subscribe to the orthodox Western politico-economic constructs and prescriptions. This was behind what in the 1980s was called the Washington Consensus. What is worse is that refusal or reluctance to comply or to align with the Western liberal rules-based order could leave recalcitrant or straying countries open to facing hefty penalties including tariffs, sanctions and even the threat of military action.

IR scholars, responsible for developing and propagating such a biased politico-economic construct have overlooked the dynamism of human knowledge. It is intellectually dishonest to insist that there should be only one politico-economic narrative which all countries should hew to, regardless of their history, culture or stage of development. Coercing nations to do so is in and of itself a denial of democratic values, the freedom of choice, and the right of self-determination.

The examples above demonstrate that adhering to established dogmas and leaving out crucial new knowledge that at first glance may not fit mainstream thinking could negatively affect the wellbeing of individuals, societies and countries. Doing so might even mean the difference between life and death, or military and economic conflict between nations.

Given that human knowledge is continuously evolving and fresh, original perspectives are coming out of regions that have been sidelined or marginalized in previous discourse, thought silos are unsustainable and detrimental to human progress. The curators, particularly those at institutions of higher learning and at influential organizations that are looked to as sources of insight and wisdom, need to maintain open minds and flexibility. There may not be a single truth that sets you free. In the digital age, the era of blockchains of knowledge and information, the risks from closed-mindedness and unbending doctrine can be especially grave.

Diane L Lim is a doctor in the Department of Surgery at Bendigo Health, Victoria, Australia.