A Fair Society or a Fare Society?

The global economy is currently organized in an environmentally damaging way: goods are produced, used, and discarded. The shared economy and the platform economy offer alternatives, but not solutions. The key to a more sustainable economy could lie in the combination of the two. 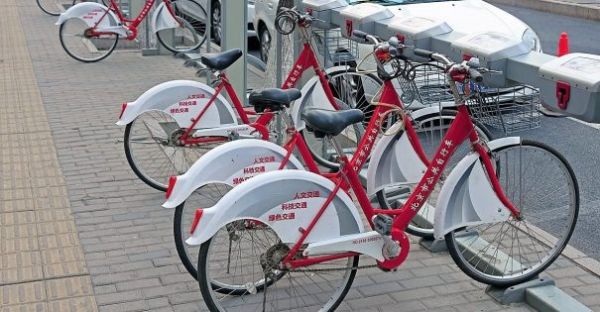 The current linear economic model—also known as “take, make, and dispose”—is often criticized for the high pressure it puts on the environment, leading to pollution and resource scarcity. It contributes to the most pressing global environmental issue of our time: climate change. In a bid to change the way we consume and produce, many are considering alternative systems. Asian businesses, for one, are increasingly experimenting with shared and platform structures. However, on their own, these, too, could brew socio-environmental issues.

Our best chance at a more sustainable model may lie in combining the structure of the shared economy with the tools of the platform.

What Are Shared and Platform Economies?

The shared economy model makes the economic system less linear. In a shared economy, consumers borrow instead of buying and access instead of owning. The shared economy leverages conventional systems to produce and consume within local social networks. It targets the efficient use of resources during the production and consumption stages. In that, the shared economy is a fundamental departure from the linear model. Food-co in Hong Kong, for example, collects leftover food from restaurants and citizens to distribute to people in need. The company uses the community network to avoid food waste and alleviate food poverty.

In a shared economy, consumers borrow instead of buying and access instead of owning.

The platform economy model, in contrast, follows the rules of the linear model and operates in a similar way to a flea market. What this means is that it allows for connections between buyers and sellers. Platforms provide, or at least create the illusion of, more variety on both demand and supply sides. This is evident on Taobao, the most famous online shopping platform in China. Using new tools, often Internet of Things and big data, platforms improve business efficiency. Thanks to efficient technologies and high competition among retailers, platforms offer goods and services more cheaply than the traditional market.

What Are the Challenges?

While platforms are flourishing in Asian markets (e.g. Tmall in China, Flipkart in India, Rakuten in Japan, Lazada in Singapore), sharing economy ventures find it difficult to scale up because economies fail to encourage resource consciousness among users. Many collaborative concepts are still too utopic. An example of a shared economy failure is Gobee-Bike. The Hong Kong start-up had to shut down its bicycle-sharing business because too many bikes were being vandalized.

While the shared economy calls for fair and efficient transactions, the platform economy connects supply and demand as a service for a fare.

Contrary to shared economy values, online platforms work on a fee-based model. While the shared economy calls for fair and efficient transactions, the platform economy connects supply and demand as a service for a fare. Platforms do not modify our familiar way of consuming and producing. While Alibaba claims that the “new retail” it champions is “changing everything,” the platform is actually only reshaping the way goods and services are distributed. Moreover, platforms, by focusing on the retail aspect of the supply chain, increase only the efficiency of businesses, not that of resources, leading to environmental consequences. For example, the Shanghai-based online platform Tiandihui matches trucks with cargos, improving logistical efficiency, which leads to more trades, but also more natural resource extraction and pollution. The way platforms disrupt working habits and cultures also has social consequences, including worker insecurity and the closure of local businesses.

Integration Is the Way Forward

Regulation on platform and shared economies is essential. The shared economy, if left to its own devices, may result in the overexploitation of shared resources. This would deplete common goods and may eventually lead to the “tragedy of the commons.” On the other hand, the platform economy faces severe social challenges, especially from workers on the retail side.

While independently these models do not address the pressing environmental challenges of our time, when combined, they can become a single sustainable economic model. The Singaporean company Waste is not waste allows companies and institutions to exchange waste and unused materials through an online portal. Initiatives such as this use specially developed online platforms to facilitate the sharing of resources. This online platform-based version of the shared economy minimizes social and environmental externalities while exploiting technological tools to effectively connect supply and demand.

The combination of these two models would bring about a circular economy, which increases resource efficiency through concepts such as reduce, reuse, recycle, redesign, remanufacture, and recover. This system reduces waste and the use of virgin materials, as resources are shared, reused, and repurposed. In order to truly transit to a circular economy model, we need both the new tools of the platform economy and the model of operation of the shared economy.

While independently these models do not address the pressing environmental challenges of our time, when combined, they can become a single sustainable economic model.

The circular economy can take advantage of digitalization to scale up shared economy business models swiftly and widely. The circular economy enhances the efficient consumption of products. Goods like basketballs, power banks, and umbrellas can be rented on an hourly basis in China, thanks to platforms such as Zhulegeqiu, Laidian, and Molisan.

The circular economy also facilitates the efficient use of natural resources on the production side. The Vietnamese company Green Street JSC empowers local enterprises and increases both productivity and sustainability by connecting bamboo fiber producing and processing firms according to a closed-loop model. Under Green Street JSC’s guidance, firms continually update their stock levels and stock needs on an online platform.

Asia offers a good setting for the circular economy, as it is already home to many firms that engage in the shared and platform economies. Moreover, the rise of a new civically and socially engaged citizenry is reshaping markets, as these consumers increasingly prefer sustainable products. Governments, on their part, need to ensure circular economy-based services do not widen social and economic gaps. With the right regulations in place, Asia has the potential to lead the transition toward a sustainable global economy—closer to the people, better for the planet.