China-Africa relations are sometimes simplistically framed in terms of the old rhetoric of colonialism, writes Cao Nanlai of Renmin University of China. While only 10 percent of Chinese enterprises that invest in Africa are state-owned, there is growing evidence that private Chinese entrepreneurs operating in the continent do benefit from their connections with the Chinese state. 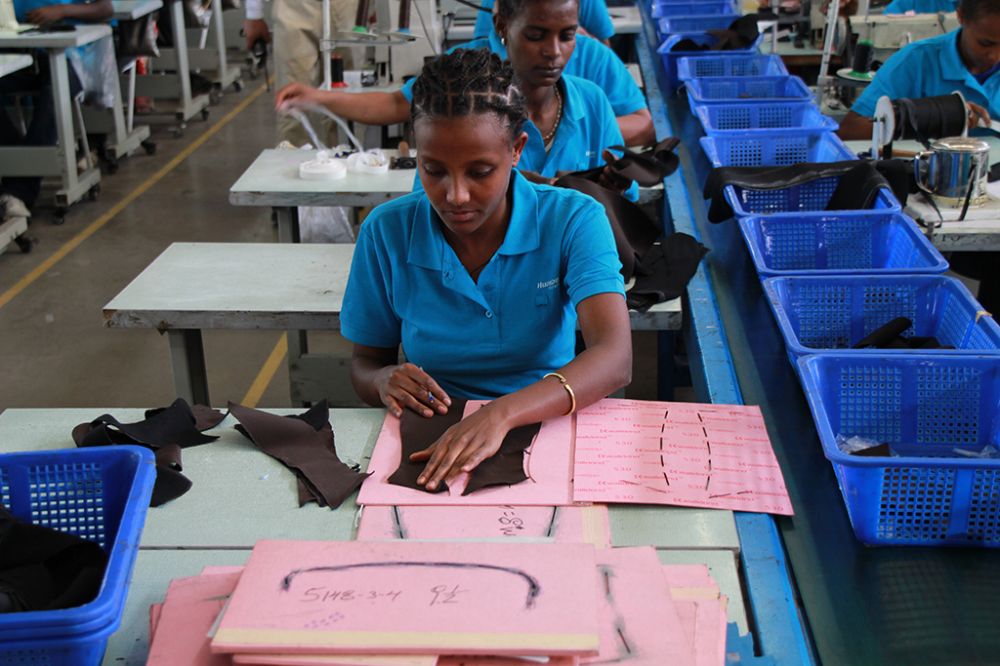 Huajian shoe factory in Ethiopia: Among Chinese enterprises invested in Africa, only 10 percent are state-owned, with the private sector accounting for 70 percent of the total value of China’s investments in the continent (Credit: UNIDO)

More than a decade ago when I was doing field research among Christian communities in Wenzhou, in coastal city in southeast China, I was told by two English teachers at a local technical college that their school was mobilizing funds among its staff for an investment project in Africa to improve teachers’ welfare. Since the turn of the 21st century, China’s intensified investment in Africa has managed to channel such decentralized flows of funds from grassroots groups to the expanding and globalizing market economies on the continent. Although small and medium-sized Chinese enterprises in Africa have been linked through transnational networks of credit and distribution that extend from ordinary Chinese to wealthy merchants, they are also increasingly backed by Chinese state-owned financial institutions.

On August 26, 2021, in preparation for the upcoming 8th Forum on China-Africa Cooperation (FOCAC) in Dakar, the Beijing-based China-Africa Business Council released a study titled “Market Power and Role of the Private Sector: Report on Chinese Investment in Africa”, which highlights the significant role of Chinese private sector finance in facilitating China-Africa trade and investment cooperation. The high-profile ceremony to launch the publication, attended virtually by Chinese, African, and UN officials, signaled strong official encouragement of private commercial engagement in Chinese state-led economic expansion in Africa.

In analyzing Chinese investment and private Chinese entrepreneurs’ involvement in the continent, it is important to transcend the conventional dichotomous perception of the state-society conflict. Growing evidence indicates that private Chinese entrepreneurs operating in Africa do benefit from their connections with the Chinese state. This seems particularly true for those who run relatively large-scale private enterprises in resource-rich African countries.

The Chinese model of development in Africa

Sensationalist media accounts using such loaded words as “conquest” or “invasion” can obscure the fact that Africans have differing views on the Chinese presence in Africa. A 2011 New York Times article titled “Africans are asking whether China is making their lunch or eating it” vividly captured the mixed feelings. On the one hand, African political elites tend to support major Chinese investment projects, especially public infrastructure for development. On the other hand, ordinary African people, especially at the grassroots, show rising resentment against the rapid spread of small-scale migrant Chinese ventures that compete with local enterprises in such low-end commercial activities as the sale of cheap manufactured goods or poultry farming.

In resource-poor Tanzania, for example, the government stated that Chinese were welcome as investors but not as “vendors or shoe-shiners”. In some African countries the massive influx of cheap Chinese manufactured goods has affected the local labor market and purchasing power in complex ways that preclude sweeping conclusions. The impact of Chinese imports and investments is further complicated by inefficiency and corruption in some African governments. 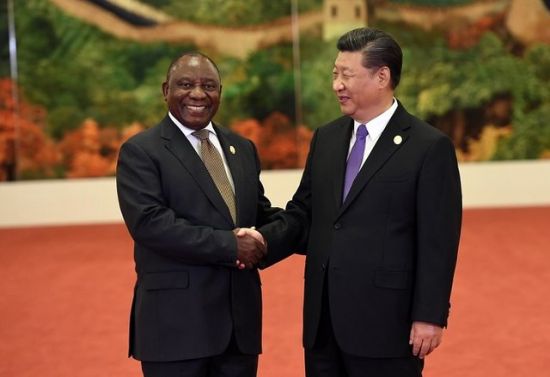 Despite growing criticism of Chinese importers and traders, public attention on China’s activities in Africa has mainly focused on state-led investment and aid projects, especially with regards to alleged land grabbing and irresponsible resource extraction. Often derided as the “Chinese model of development”, such alleged practices have generated heated debate, with detractors calling them “imperialism” – primarily mercantilist “infrastructure for resources” plays.

The latest data from the Chinese Ministry of Commerce, however, show that, among enterprises that invest in Africa, only 10 percent are state-owned and the rest are private, while the private sector accounts for 70 percent of the total value of China’s direct investment in Africa. These private companies are expected to play an even greater role in expanding Chinese economic interests in the continent.

The focus on macro development strategies and state actors in China-Africa relations unwittingly prompts accusations of colonialism, with critics ignoring the multiplicity of interests, intentions, attitudes, and strategies of the Chinese diaspora in Africa. Over history, there have been several different waves of Chinese entrepreneurial migration to Africa. Today the rise of China as a major player in the global economy and the reactions to it has fostered ambivalence among overseas Chinese. A sense of national pride and belonging can coincide with a feeling of repugnance and shame when it comes to alleged abuses or bad behavior by state actors. Researchers warn against assuming that Chinese commercial interests are all aligned in purpose and standards or that all African hosts are of a singular disposition. The China-Africa relationship is complex and has many different levels. It is not useful to ask if Chinese merchants are simply emulating their Western counterparts who came before them. Rather, it would be more valuable to understand the motivations of ambitious Chinese traders in the context of their efforts to cope with the challenges posed and opportunities offered by China’s transformation into a market economy.

Wenzhou, Zhejiang Province, 2021: The city has one of the most proactive local governments in promoting private Chinese investment in Africa (Credit: Weiming Xie / Shutterstock.com)

Take the case of Wenzhou merchants, who have been at the forefront of China’s economic development since the 1980s and are now in the vanguard of its global business expansion. They are reputed to be among the more aggressive, speculative entrepreneurs in China and in large parts of Europe and the Middle East. Their commercial presence is growing in Africa, especially in the areas of resource exploration, manufacturing and wholesale trade. Their small and medium-scale trading activities in the continent have been driven by the Chinese government’s longtime strategy to encourage entrepreneurs to “go out into the world” (走出去战略) and more recently in connection with the Belt and Road Initiative, Beijing’s flagship foreign economic policy.

Wenzhou city has one of the most proactive local governments in promoting private Chinese investment in Africa. Municipal leaders are aware of the local economy's complementarity with Africa's emerging consumer markets. Officials have led delegations of local private entrepreneurs to Africa to hold investment talks with counterparts and set up free trade zones. As far as both officials and merchants are concerned, venturing out as a group is much less risky especially when it comes to unstable Africa.

Such municipality- and state-orchestrated private commercial engagements in Africa provide a lens through which to view the multilayered relationship between state and business in the Chinese diaspora in Africa. By linking the local initiative of industrial upgrading of mostly low-end family-owned enterprises with the central government’s grand African strategy, the municipal government plays a very active role in China’s state-engineered modernization and globalization.

The Chinese trade diaspora in Africa is not operating independently of the state as popularly assumed. Instead, it is both an individualistic, mercantile project and a collective experience governed by China’s global development strategy. A range of state and non-state actors in both China and Africa have formed an intimately entangled relationship that sustains the Chinese merchant diaspora’s activities.

The first China-Africa Local Government Cooperation Forum in 2012 was sponsored and hosted not by the Chinese government but by the Wenzhou Enterprises Chamber of Commerce. Senior Chinese state officials attended. During the 2016 World Wenzhounese Conference, the Wenzhou municipal government set up a special “Into Africa” forum for private enterprises. It brought together local officials, veteran diplomats, university professors, potential investors, and merchants who had previous Africa experience. Not surprisingly, private enterprises that operate on a large, transnational scale and engage in diversified production (such as Huawei and Transsion, both based in Shenzhen) tend more willingly to embrace state connections and speak more positively of China’s involvement in Africa even if such involvement is politically driven.

The China-Africa encounter involves an overlooked diasporic process in which Chinese state and private business interests have become inextricably intertwined. Small-scale household-based production as represented by the practices of globally positioned Wenzhou merchants has been recalibrated to the post-socialist modern state order. China’s involvement in Africa today opens a new window for contemporary developments within the long-established tradition of overseas trade from Chinese coastal cities. Even though an integrated Chinese strategy for Africa that involves private entrepreneurs as much as state-owned enterprises might not exist, a type of closer state-private partnership along with a new version of nationalism projected abroad is becoming the predominant form of Chinese presence on the African continent. 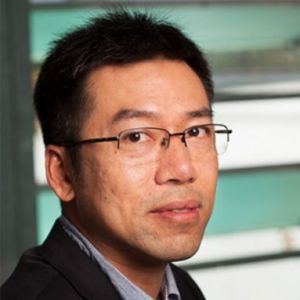 Nanlai Cao is professor of religious studies at Renmin University of China in Beijing. His research projects have centered on transnational religious and trading networks, church-state relations, state-business relations, and the religious-economic dynamics of Chinese urban life. After graduating from Peking University with a degree in sociology, he was trained as a sociologist of religion at Fordham University and then did his PhD in anthropology at the Australian National University. He is author of Constructing China’s Jerusalem: Christians, Power, and Place in Contemporary Wenzhou (Stanford University Press, 2010) and co-editor of Religion and Mobility in a Globalizing Asia: New Ethnographic Explorations (Routledge, 2013) and Chinese Religions Going Global (Brill, 2020).