China’s Food Culture is Changing – Why it Matters

Food culture in China is changing rapidly, with the emergence of major supermarket retailers and online shopping, the proliferation of fast-food chains, and the growth of food-related media and popular culture. Thomas David DuBois of Beijing Normal University and Xiao Kunbing of Southwest Minzu University chronicle current food trends and the danger of bifurcation into two systems – one focused on low cost and value, the other on nutrition and quality. 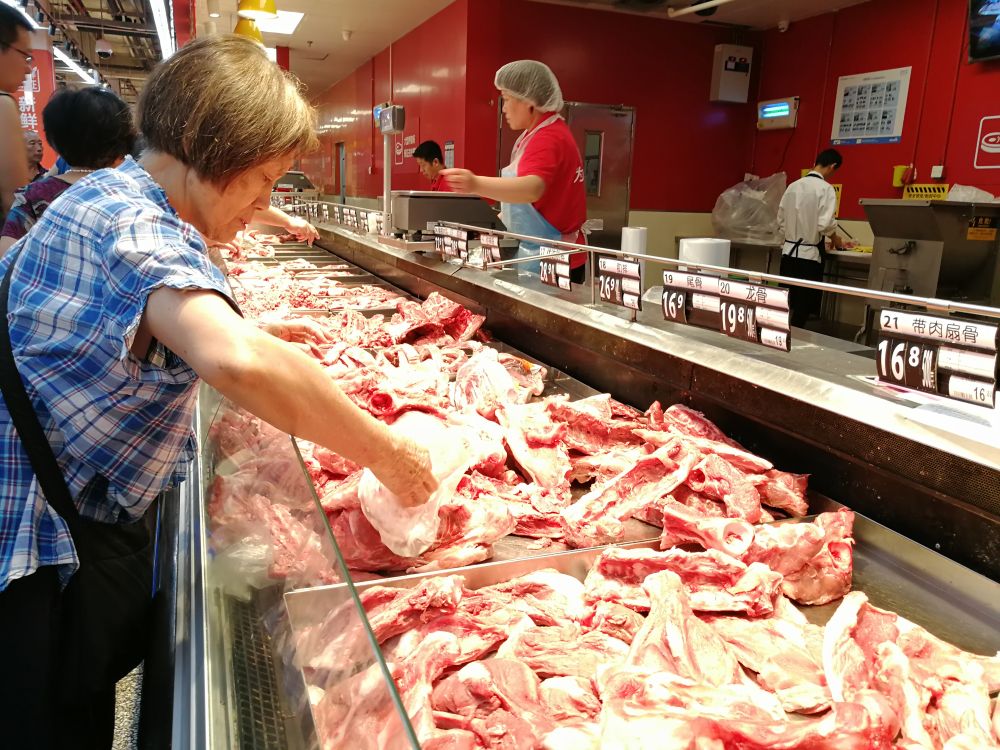 Wal-Mart in Chengdu: An unimaginable variety of branded goods, as well as year-round fresh produce, all under one roof (Credit: B.Zhou / Shutterstock.com)

Over the past decade, China has undergone a number of food revolutions. While much attention in the food sector has focused on global issues such as trade flows, disputes over beef or soybean imports, or the environmental costs of food investments, equally profound changes are happening at the domestic consumer level. The most recent transformations in food culture have been online, with innovations in social media and finance, and have accelerated during the period of Covid-19 lockdown.

The most evident transformation is in retail, with a move from small shops and produce markets to centralized supermarkets, and now to online channels. The first shift began in the mid-1990s with the arrival of global conglomerates such as Carrefour and Walmart. These were joined later by local competitors including Vanguard (华润万家) and Wumart (物美), allowing Chinese shoppers in lower tier cities to buy a previously unimaginable variety of branded goods, as well as year-round fresh produce, all under one roof. By 2020, the entire supermarket retail sector (including convenience stores and online shopping) topped 2.4 trillion yuan (US$377.1 billion).

China’s supermarket revolution is far from complete. In 2018, the five largest retailers held only 26.8 percent of total food spending. Yet that degree of concentration reflected the growing consolidation and increasing efficiency of the country’s entire food system. Chains like the ones that bring tropical mangos reliably and cheaply to supermarket shoppers in snowbound Harbin are a triumph of innovation in logistics, but they do come at a cost. Driven by decades of food safety scandals, most notably the 2008 melamine poisoning of infant formula, stricter regulatory requirements raised barriers against newcomers entering key food processing industries. In sectors such as dairy, safety regulation demands investment in automation, pushing out small producers in favor of large, often state-linked companies.

For small farmers, urban planning that concentrated shopping in large markets also closed off informal retail channels such as roadside stalls, leaving many unable to sell their produce. (The common perception of Asian “wet markets” as an unregulated haven of illegal wildlife trade has further accelerated pressure to restrict the informal sector.) Urban consumers recognize the consolidation of long-distance food chains as a double-edged sword, one that lowers prices and expands choice on a global scale but diverts them from availing of the fresh food grown nearby.

Covid-19 lockdown rapidly accelerated the move to online food shopping. E-commerce had been growing sharply in China for some years, and the percent of online sales in 2019 was already more than twice that in the United States. Concerns over safety during the early months of 2020 drove millions of new users to online grocery platforms such as JD.com’s Jingdong daojia 京东到家 and online/offline hybrids such as Alibaba-owned Freshippo 盒马鲜生. Having grown accustomed to both the convenience and expanded choice of hard-to-find items including local specialties, organic produce and semi-prepared restaurant meals, many never switched back. As is the case with most new technologies, the first adopters of online food shopping were disproportionately young and urban, but more recent growth among older shoppers and shoppers in smaller cities suggests that the trend will continue to develop as it radiates out into the mainstream. 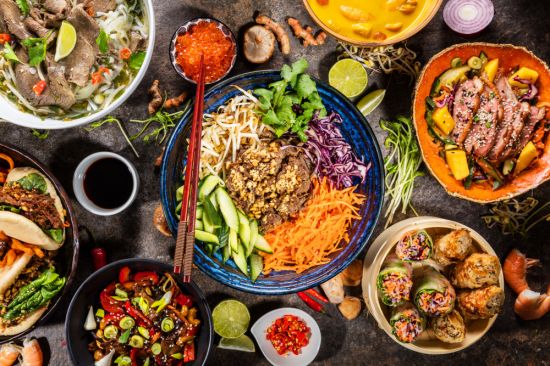 Food, glorious food: There is a danger of bifurcation into two systems – one focused on low cost and value, the other on nutrition and quality (Credit: Jag_cz / Shutterstock.com)

The same forces of scale and consolidation have shaped China’s restaurant industry and, more broadly, culinary culture. As with supermarkets, the transformation of restaurants began with foreign ventures, including the fast-food chains that are now ubiquitous even in small cities.

The arrival of McDonald’s and Kentucky Fried Chicken (KFC) 30 years ago was initially met with alarm that the new tastes would captivate the young and erode China’s cuisine. In retrospect, these critics were only partially correct. It was not fast food itself, but rather the model of restaurant chains that would transform China’s food landscape. Chinese competitors quickly mastered the art of “McDonaldization”, adopting as their own the chain’s characteristic combination of efficient management, mass production and wide-scale branding.

But the real innovation was franchising, a model which pushes the cost of new branches on to the local investor, allowing new chains to develop a national presence almost instantaneously. An aspiring restaurateur can now choose from thousands of food franchises, many of which fall into a few familiar categories (milk tea, hotpot, noodles, meat skewers). Besides the convenience of starting a turnkey business, the main appeal of franchise restaurants is cost. While new stores must cover setup costs, they save on operation costs by using semi-prepared food that needs only be reheated and assembled onsite. This model eliminates the need for a large kitchen or skilled employees.

These changes are important as restaurants are squeezed by rising rents, especially in cities where market streets have been replaced by malls. They also reflect the changing consumer. With anti-corruption measures and the “Clean Plate” (光盘行动) campaign against food waste eroding the old mainstay of banquet dining, the sector is more and more oriented towards the middle-class office worker stopping in for a quick meal. The result in many ways mirrors the supermarket revolution, with the forces of urban planning, price competition and productive efficiencies all favoring the expansion of instant chain restaurants, creating a sort of choice, but also edging out local flavors and traditions.

Like online shopping, the emergence of restaurant delivery has transformed the sector overnight. Even as the overall catering industry weathered a 15 percent decline in the first year of Covid-19, the delivery sector grew by an equal percent, from 578 billion to 646 billion yuan. Yet while online food shopping has created new possibilities for consumers to buy organic, heritage, or local specialties, restaurant delivery has largely driven traffic to the mainstream.

The main appeal of delivery is convenience, and orders are rated primarily on speed, prompting both restaurants and drivers take shortcuts to fill as many orders as quickly as possible. Delivery orders are often prepared by less well trained cooks, who in many cases are simply reheating pre-prepared food. Aiming to build a market, chains such Luckin Coffee attract delivery customers with time-sensitive coupons offering steep discounts. As happened with online shopping, the relaxing of Covid-19 restrictions has not slowed the growth of restaurant delivery. Mirroring the change within the restaurant industry overall, the mainstay of delivery is the young office worker grabbing a quick weekday lunch, but there is also significant growth among older generations and in lower tier cities.

Culinary culture: An episode of the state television series "A Bite of China" (Credit: CCTV纪录 on YouTube)

How have these dual revolutions shaped China’s food culture? The various new food movements that have sprung up in recent years suggest that the new era of convenience has come at a price – be that of authenticity, quality or social experience.

One undeniable effect of social media on China’s foodscape has been the explosion of food-related entertainment, including recipe channels and food travel videos. The Chinese government has monitored this space, on the one hand banning mukbang (binge eating) videos, while also seeking to advance a healthy food aesthetic. Named one of six ambassadors of the “Farmer’s Harvest Festival” 中国农民丰收节, vlogger Li Ziqi 李子柒 captivates a global audience with natural (or at least staged to look that way) food videos that tap into a popular need for simplicity and authenticity. The fact that Li Ziqi is a marketed product seems to matter little to her fans, any more than commercialization bothers those who flock to heritage brands, nostalgia marketing or rustic food travel.

Spanning commerce and social activism are a growing variety of movements such as Beijing’s Shared Harvest Farm分享收获 and the larger Community Supported Agriculture (CSA) initiative that build opportunities for small producers while educating urban consumers about the importance of sustainable agriculture to the health of both the body and the ecosystem.

As for what changes might be next, a few points stand out. Watching recent transformations unfold, one cannot help but be struck by the speed of both their initial uptake in the largest cities and their gradual radiation outward. The pace of these changes warns against seeing anything in China’s current food systems as a given. New food technologies such as vertical farming or plant-based meat could be quickly mainstreamed by producers and accepted by consumers. Known pillars of China’s food systems such as the need for food imports might in fact be far less stable than they appear.

Conversely, the cultural reaction in search of food that is authentic and nutritious is a disproportionately an urban phenomenon, in no small part because these pursuits are expensive. As China’s mainstream food systems grow ever more efficient, it will require planning and will to keep the two systems – one cheap, one nutritious – from diverging into separate paths, and instead assure for all a future that includes the nutrition, quality and culinary joys of good food.

Thomas David DuBois is a historian of modern China and professor in the School of Chinese Language and Literature at Beijing Normal University. He is the author of three books and 40 articles on Chinese religion and law during the 20th century. His current work on China’s food industries examines the market transformation of state-owned enterprises, outbound investment, the emergence of nostalgic brands, and the circulation of culinary knowledge. In addition to his academic research, DuBois completed culinary training in Sichuan and has interned in numerous restaurant kitchens. He is currently leading an extensive oral history project on China’s prerevolutionary cattle trade. 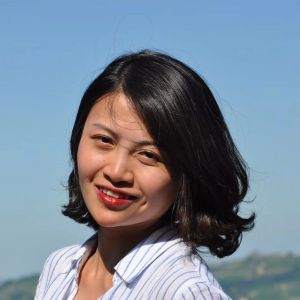 Xiao Kunbing is an associate professor in the School of Anthropology and Sociology at Southwest Minzu University in Chengdu, China. Her research interests include anthropology of food, tea, wine, and coffee culture, and the tea trade in modern China. Her book Materials, Spaces, and Histories: Tracing the Circulation of Tea in the Mountainous Region of Northern Fujian (1644–1949) was published by Beijing University Press in 2013. Her second book, Strolling through the Flora: A Historical Anthropological Study of Ancient Tea Plants in Guizhou, was published by Guizhou Renmin Press in 2013. Her third book, Anthropological Observation on Tea, was published by the Ethnic Publishing House in 2020. Xiao has also contributed work to Sixth Tone, The Paper, Sanlian Life Weekly, and Foodthink.