China and the Rise of Africa

Chinese investment in Africa supports the continent’s growth and development on multiple fronts, but as concerns of a “new colonialism” arise, what will define the future of China-Africa relations? 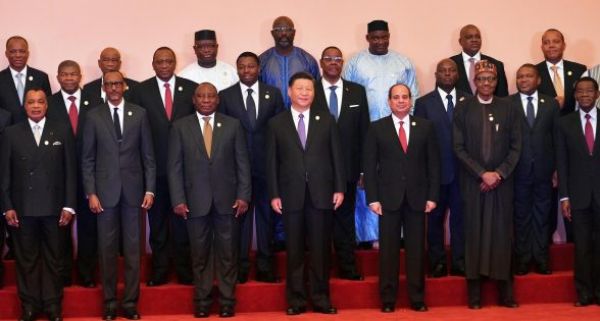 China’s role in Africa is growing, and is becoming key to the continent’s economic rise. Already, China is Africa’s largest trade partner. The volume of trade between the two regions has increased by a compound annual growth rate of 21% since 2001, reaching US$188 billion in 2015. This is more than double the value of trade Africa does with India (US$59 billion), Japan (US$20 billion), Indonesia (US$8 billion), and Australia (US$4 billion) combined.

China has bilateral trade agreements with 45 African countries. Many of these agreements are perceived to be quite generous, with China taking on negative trade balances while offering favorable terms in taxation, customs cooperation, and the inspection of goods. Also, China imposes zero tariffs on 4700 products originating from some of Africa’s least developed countries, and accepts higher tariffs for its exports bound for Africa.

Chinese loans to African countries have likewise increased rapidly since the 2000s. It is estimated that from 2000 to 2015, the Chinese government, banks, and contractors extended up to US$94.4 billion in loans to African entities focused on projects aimed at increasing China’s access to markets, critical commodities, and maritime corridors.

China appears to be crowding out the competition across Africa, and its investors seem to “go it alone,” with private investors accounting for more than 75% of the country’s investments across the continent, while less than 2% come from joint ventures with multilateral agencies. There are two possible reasons for this. The first is that Chinese investors may be choosing not to collaborate with multilateral agencies as part of their competitive approach. The second is that Chinese investors may have inadequate access to multilateral funds to support investments in Africa.

Africa is leveraging emerging opportunities to industrialize faster than imagined. Key economies are changing import profiles, and African companies are focusing more on material inputs for local production rather than finished goods. They spent US$2.6 trillion in 2015 on imports such as machinery, metals, and chemicals. This, combined with increased spending on infrastructure by African governments (financed largely through Chinese loans), is rapidly evolving the African landscape.

Africa is leveraging emerging opportunities to industrialize faster than imagined.

Chinese investors have also broadened their investment targets beyond state-owned enterprises (SOEs) in Africa. They now invest across multiple sectors, including manufacturing, construction, trade, and extractive industries. McKinsey & Company estimates that 12% of Africa’s industrial production is currently handled by Chinese firms, and, with more than 50% of the market share, Chinese firms dominate Africa’s construction market.

Most Africans believe that the opportunities presented by China’s engagement in Africa are bigger than those by that of the U.S., U.K., and E.U. But in the absence of a coherent China-Africa engagement strategy, the potential of these opportunities remains unfulfilled. More technological diffusion is also needed in Africa to improve production, service, and trade capacity.

Micro-, small-, and medium-sized enterprises could be the biggest beneficiaries of emerging opportunities from technological advancement in Africa, and are best positioned to further localize technologies. With increased access to the required technologies, Africa could leapfrog into a digital and industrial revolution.

Africa’s population could rise to 2.4 billion by 2050, and its workforce may reach 1.13 billion by 2040, presenting both challenges and amazing opportunities. Since 2001, Africa’s gross domestic product has grown at a high rate second only to Asia. Additionally, Africa’s household consumption is expected to grow by 45% from 2015 to 2025, to reach US$2.1 trillion.

Despite the opportunities Africa’s development presents, Chinese FDI in the continent has recently declined due to perceptions of poor infrastructure, weak institutions, a lack of talent, and insecurity. Further complicating matters are intense competition from Southeast Asian countries, weak oil prices, and residual effects from the commodity bust.

On the flip side, talk of a new colonialism, debt traps, and resource-for-infrastructure loan deals has brewed skepticism of China’s intentions among Africans. Many high-profile deals between China and African countries have set off alarm bells on a continent whose vast mineral wealth has been used to enrich everyone but its people. It does not help that most African governments lack defined China engagement strategies and plans for translating investment into sustainable development.

Many high-profile deals between China and African countries have set off alarm bells on a continent whose vast mineral wealth has been used to enrich everyone but its people.

The China-Africa relationship needs some policy adjustments and a clearer engagement strategy, to re-ignite investor interest and address African concerns. African governments must define and drive this. There are several steps they can take:

Enact a clearer engagement policy that outlines FDI incentives and expectations for technological diffusion, and defines when and how to use Chinese financing versus other multilateral financing. African governments should explore alternative infrastructure investment models, and need to review China-specific trade policies as well as establish mechanisms to enable African firms to export more value-added products to China.

Develop China-specific civil service capabilities to improve engagement with Chinese investors. This should include setting up provincial offices in major cities like Beijing, Shanghai, Shenzhen, and Hong Kong to promote investment and strengthen links. Establish China engagement desks to coordinate China-related initiatives and guide local businesses. Governments should also recruit China-focused talent into the civil service to act as bridges and translators.

For their part, the Chinese authorities can also make positive moves:

Both governments need to:

Explore alternative models for future infrastructure investment across Africa, such as public-private partnerships and build-operate-transfer models, which are sustainable and deliver holistic returns. The Chinese and African governments should collaborate to explore pathways that de-emphasize debt and are skewed in favor of FDI attraction. This requires defining and agreeing on legal and regulatory frameworks, exploring the possibility of establishing a multilateral infrastructure financing facilitation office, and developing robust risk models to evaluate proposed deal structures.

Chibueze Nnanna Anyanwu is a partner at TAC in Lagos, Nigeria, and a 2018 AsiaGlobal Fellow at The University of Hong Kong.