As demand for documented migrant labor has risen across Asia, smugglers have been replaced with migration brokers, who utilize and manage webs of relationships to send workers abroad. With knowledge of both the intricacies of bureaucracy and the informal world of local communities, they are an essential part of the international migration infrastructure. 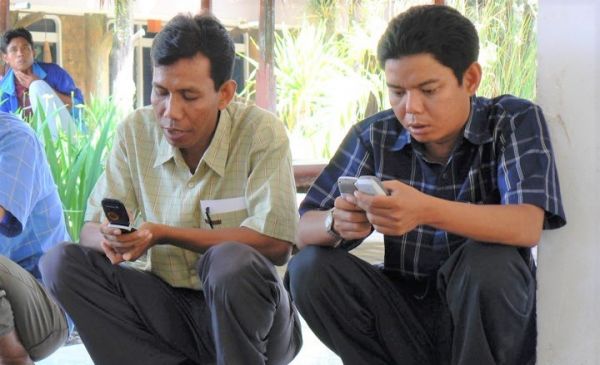 Today, we know a great deal about why rural villagers across Asia travel abroad to become migrant workers, as well as their struggles in destination countries. We know much less, however, about how they get there—the process of recruitment, logistics, and transport—the middle space of migration.

In recent decades a regional system of international documented circular migration has taken shape across Asia and the Middle East with the growing demand for migrant labor in households, on oil palm plantations, and construction sites. Migration is increasingly mediated by chains of recruiters, as well as roads, low-cost airlines, cell phones, and biometric technology. A closer look at these brokers and infrastructures that make migrant mobility possible allows for an understanding of how migration is organized on an international scale.

No Longer the Tai Kong’s World

The rise of documented international migration from Indonesia, in the wake of the 1997 Asian economic crisis and the collapse of the rupiah, was centered on the growth of licensed recruitment companies and an expansive migration bureaucracy that focused on documentation and training, ostensibly in the name of migrant protection. Although licensed companies are responsible for sending migrants abroad—as they are across most of Asia— informal labor recruiters, so-called petugas lapangan (PL), or field agents, are the key actors in migrant recruitment.

Petugas lapangan connotes a connection to an office or a formal institution; in contrast to the tai kong or the calo, the murky low-level middleman pervasive in Indonesian everyday life.

The PL has replaced the tai kong (“ship’s captain” in Chinese), the migrant smuggler who was at the center of undocumented labor migration to Malaysia until the 1990s. The development of a Malaysian deportation regime and the Indonesian government’s explicit attempt to transform migrant labor into an export commodity led to the suppression of undocumented and rapid rise of documented migration. The same pattern can be observed across Asia and the Middle East as bilateral agreements have come to govern migration flows.

Petugas lapangan connotes a connection to an office or a formal institution; in contrast to the tai kong or the calo, the murky low-level middleman pervasive in Indonesian everyday life. With documented migration, the PL—competent in the bureaucratic process—superseded the tactical knowledge of the tai kong. Although the PL works within a more constricted and legitimate space of migration compared to the tai kong—delivering migrants to local recruitment companies rather than transporting them across international borders—both move along the boundaries between “illegality” and “legality.”

The PL in Lombok

Much of my research has focused on tracking these PL on the Indonesian island of Lombok, a key source of migrant labor. PL are not difficult to find, as they escort migrants between recruitment companies, medical clinics, and government offices, waiting for paperwork to be done, medical examinations to be processed, or bureaucrats to show up. 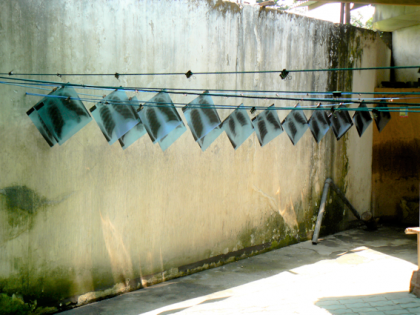 Pak Adi, one of my informants, has never been a migrant himself. In fact, the scale of his mobility is far more limited than that of the migrants he recruits. Along with his permanent but poorly paid position as a low-level bureaucrat, he has engaged in—albeit relatively discreetly—various forms of brokerage for more than a decade, most notably land transactions, before turning to the increasingly lucrative recruitment of primarily female domestic workers, often in collaboration with female sub-brokers. As a bureaucrat familiar with office environments and with strong local connections in East Lombok, Pak Adi embodies the classic figure of the cultural broker who masters the craft of convincing villagers to become migrants, while straddling the boundaries between state and market, and formal and informal.

The power of the PL is rooted in the ability to broker relationships between prospective migrants, recruitment companies, and low-level government offices during the temporal phase when the villager decides to become a migrant. This ability is based on evolving patron-client, kinship, or trust-based relationships with prospective migrants. More generally, this follows from an enduring rural-urban divide that stretches back to the Dutch indirect colonial era, as brokers such as Pak Adi have been seen as necessary for accessing labor, but also dangerous in their ability to manage this labor.

The power of the PL is rooted in the ability to broker relationships between prospective migrants, recruitment companies, and low-level government offices during the temporal phase when the villager decides to become a migrant.

The PL’s control of the early stages of the migration process, and the fact that they work without contracts, allows them to move prospective migrants between recruitment companies. Thus, they have come to capture the bulk of the profits of labor migration, which has led recruitment companies and the government to attempt to regulate them, albeit unsuccessfully.

Counting the number of PL across Indonesia, or even just identifying them, is a hopeless task, as many have other occupations, move in and out of recruitment, and utilize sub-brokers. This is a form of infinite regression that in practice blurs distinctions with other types of formal and informal actors that the term PL aims to exclude, not least government officials and licensed recruiters, as in the case of Pak Adi.

It was difficult to keep Pak Adi’s attention, as he was constantly engaged with his cell phone, texting or calling prospective migrants, migrants en route, migrants already abroad, sub-brokers, other informal brokers, recruitment companies, and government bureaucrats—a dense network of varying forms of relationships. In the 2000s, the cell phone revolutionized labor recruitment in Indonesia: it was no longer necessary to track down candidates in isolated villages or call local telephone kiosks to set up appointments. Now a text message will do. When not on his phone, Pak Adi was on the move, either on his Honda motorbike that shuttled him between the commercial center of Mataram on the western part of Lombok and his field of recruitment in the east, or in his Toyota Kijang minivan, transporting up to a dozen migrants at a time back and forth across the island.

Paying closer empirical attention to these forms of mediation reveals a continuously evolving network of actors and infrastructures that defies any easy ethical narrative.

The deregulation of the airline industry and the rise of budget airlines in Indonesia and across Asia have further transformed migrant mobility. Two decades ago, the great majority of Indonesian migrants traveling from Lombok to Malaysia went overland via a complicated network of middlemen and different modes of transportation; today, most fly directly.

While cell phones and budget airlines have reshaped migration, rural villages in Lombok remain isolated, with poor roads that hardly allow automobile traffic. In other words, the migration process is characterized not only by layers of formal and informal brokers, but also by the patchwork infrastructure that forms the basis for mobility from rural villages to destinations abroad.

Shadowing PL such as Pak Adi offers insights into the forms of documentation, transport, trust, and technologies that are shaping contemporary migration. Much debate concerning migrant recruitment in Asia and beyond continues to be based on an a priori ethical dichotomy between exploitative brokers and exploited migrants. Paying closer empirical attention to these forms of mediation reveals a continuously evolving network of actors and infrastructures that defies any easy ethical narrative. In order for policymakers to speak more directly to the issue of migration across Asia and the Middle East—how it should be managed and regulated while protecting migrant rights—we need a better understanding of how the migration process itself takes shape and is organized in practice.

Johan Lindquist is a professor of social anthropology and the director of the Forum for Asian Studies at Stockholm University in Sweden. He is the co-editor of "Figures of Southeast Asian Modernity," the author of "The Anxieties of Mobility: Development and Migration in the Indonesian Borderlands," and the director of B.A.T.A.M.