Blockchain in China: Tussle Between Control and Openness

China seems to be of two minds about blockchain, cracking down on cryptocurrencies while recognizing the enormous potential of the technology behind them. Only permissioned, centralized versions of blockchain will be allowed to develop in China, but doesn’t this defeat the purpose of a technology designed to be open, in more ways than one? 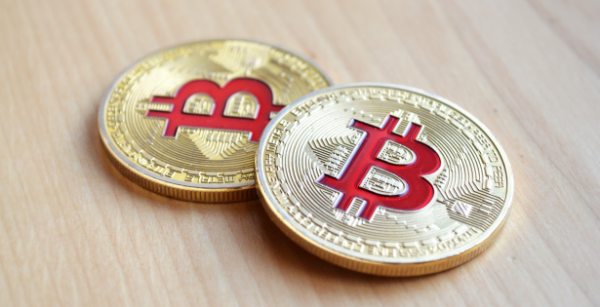 Over the past few years, China has become a global leader in cryptocurrencies. At a peak point, China was home to approximately three-quarters of global Bitcoin mining pools, and accounted for some 80% of global Bitcoin transactions. From January to July 2017, initial coin offerings (ICOs, fundraising activities based on blockchain technologies) completed in China raised the equivalent of RMB 2.6 billion.

However, a look into China’s blockchain policies signals potential conflicting developments. On the one hand, the strategic importance of blockchain technologies to China is undisputed. The State Council affirmed the value of blockchain in its Five-Year Plan on Informatization, released in 2016. The People’s Bank of China (PBOC) has long been studying the feasibility of issuing its own digital currency. On the other hand, we have seen severe crackdowns on cryptocurrencies since the second half of 2017. Bans have been issued on ICOs, the online trading of cryptocurrencies, and payment institutions providing services in cryptocurrency transactions.

If we look to the evolution of the internet over the past two decades, we may get a hint on how these conflicts will play out. Like blockchain, the internet was built with distributed protocols. However, it has gradually centralized around digital monopolies, providing points of control open to government oversight and censorship.

For its part, the Chinese government has embraced and adjusted to the inevitable changes brought by digital technologies, leading to what internet scholar Min Jiang called “authoritarian informationalism”—a regulatory model that combines capitalism and authoritarianism to achieve economic growth and social stability.

Technology giants like Ant Financial and Tencent are actively piloting blockchain use cases while steering clear of cryptocurrency trading services.

We can expect similar developments in the blockchain space. While often touted as a liberating and decentralizing technology, blockchain is fundamentally utilitarian. And China views it as such, a tool to boost economic growth and its international standing. The fact is that blockchain technologies come in different forms and degrees of centralization. It is likely that the Chinese government will favor permissioned ledgers, over which the government can exert control, while avoiding truly decentralized cryptocurrencies.

Pro-blockchain, anti-cryptocurrency policies are apparent in both the private and public sectors. Technology giants like Ant Financial and Tencent are actively piloting blockchain use cases while steering clear of cryptocurrency trading services. Shortly after China’s September 2017 ban on ICOs, the Ministry of Industry and Information Technology launched the Trusted Blockchain Open Lab, which promotes blockchain technology without becoming involved in cryptocurrencies.

No Cryptocurrencies Allowed, Except China’s Own

From the government’s perspective, cryptocurrencies in the fully decentralized sense could increase instability and uncertainty in the Chinese financial system. The use of Bitcoin to evade capital controls has unnerved Chinese authorities. The surge in Bitcoin trading in 2016 may have contributed to the decline in China’s foreign reserves, which shrank by nearly 8% to US$3 trillion. The wild price fluctuations of cryptocurrencies and collapse of ponzi-type ICOs could also affect a broad swath of society and ignite social unrest.

On the other hand, China could reap the benefits of a sovereign digital currency, even in a relatively centralized formation. In an op-ed published by financial news outlet Yicai in January 2018, PBOC vice governor Fan Yifei emphasized that any potential issuance of a Chinese state digital currency will follow a centralized model.

China could use digital fiat currencies to end the dollar’s role as the intermediating currency in international trade.

Domestically, the central bank would be able to maintain its ability to control monetary policy while curbing public demand for private cryptocurrencies. Internationally, a digital version of the renminbi could boost its accessibility and usage. Cryptocurrency expert Michael Casey suggested that ultimately, China could use digital fiat currencies to end the dollar’s role as the intermediating currency in international trade.

Taking this one step further, it is also conceivable that China could launch a multinational digital currency using a permissioned blockchain with a consortium of nations. Problems of political trust that come with currency issuance could be partly mitigated with a rules-based monetary policy made possible by blockchain technologies. Platforms like the Asian Infrastructure Investment Bank and the Belt and Road Blockchain Consortium offer China the international frameworks to pursue such ambitions.

For all these real and potential developments, it remains to be seen how much value a centralized version of blockchain technology can create for China. The spirit of the blockchain architecture is all about decentralization and open-source innovation, which may be irreconcilable with the degree of control that the Chinese government would like to exercise. From an innovation policy perspective, open mechanisms are inherently superior to their closed counterparts, as they can leverage new ideas and dynamic solutions from anyone, anywhere in the world.

The spirit of the blockchain architecture is all about decentralization and open-source innovation, which may be irreconcilable with the degree of control that the Chinese government would like to exercise.

As blockchain’s economic value is being recognized, nations are increasingly looking to adopt a balanced approach that preserves open innovation while offering consumer protection and government oversight. For example, rather than an outright ban on ICOs, Switzerland has issued guidelines on ICOs with appropriate anti-money-laundering and securities safeguards. Japan is also moving to recognize cryptocurrency marketplaces with a registration system and self-regulation. If China is to truly lead in blockchain innovations, it will need to similarly embrace the power of openness alongside well-balanced regulations. 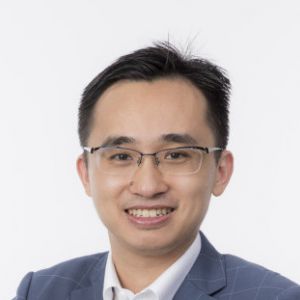