The "Bleak Swan" – This Year of Living Perilously

Reviewing the ups and (mostly) downs of 2022, Vasuki Shastry of Chatham House considers the fallout from the Ukraine war, China’s Covid fumbles, and the deviant misadventures of disruptive billionaires. 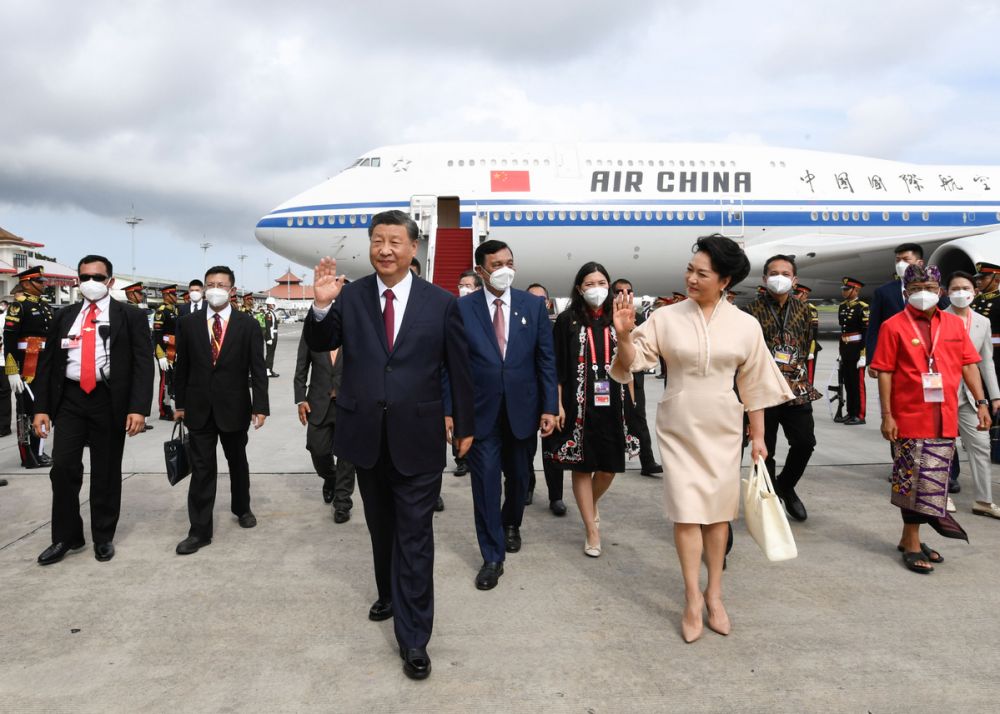 To put it mildly, what a truly bizarre, surreal and wacky the year which is rapidly nearing its end has proven to be. Future historians will scratch their heads when they examine the many lows of 2022, the depths in behavior reached by a colorful cast of characters, and the well-trodden path of indifference and neglect taken by the international community. If 2020 was the year of the pandemic and tragedy, 2022 will be remembered as the year when the world threw caution to the winds and decided to live perilously. More to the point, if the decade is ever labelled as the roaring twenties, this year will take all the credit for the roaring. Some analysts have posited that 2022 was a year of “black swan” events but I would submit that “bleak swan”  would be a more appropriate description. 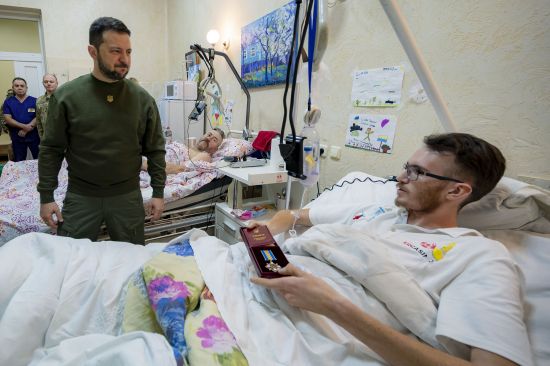 We started the year with what were supposed to be two unshakeable truths which in retrospect were wishful thinking masquerading as conventional wisdom – that is that President Vladimir Putin of Russia is a rational actor on the global stage and that Chinese leader Xi Jinping would secure an unprecedented third-term in office without a whiff of opposition or protest. Both these propositions turned out to be untrue. In February, Putin launched an irrational invasion of neighboring Ukraine and, despite spectacular stumbles, is still ploughing on. The Russian leader has frequently threatened to deploy nuclear weapons, an unthinkable prospect even during the dark years of the Cold War. Putin has proven himself to be perfectly irrational in his intentions and power projection. Although the G7 led by the United States and the wider North Atlantic Treaty Organization (NATO) alliance have united by imposing harsh sanctions, another big surprise has been that emerging market nations such as China, India, South Africa and Brazil have refused to dance to the tune of the Western alliance, conclusive evidence that we are living in a multipolar world.

If Chinese Communist Party (CCP) chief Xi started the year believing in his own mythology of invincibility, he is surely ending 2022 with a combination of hubris and embarrassment. In the run-up to the 20th National Congress of the CCP in October and after, street protests broke out in major Chinese cities against suffocating Covid-19 restrictions and lockdowns, which have now been largely quelled.

Writing in The Economist in April 2020, former Singapore diplomat Kishore Mahbubani noted that East Asian countries have believe “that for societies to succeed they need the invisible hand of free markets and the visible hand of good governance.” He argued that “China now arguably has the most meritocratic government in the world. The post-covid-19 world will see China accelerate both for the public’s benefit – and the balance of strong markets and good governance will be an appealing model for other countries.”

That was over two years ago of course, when the world was in awe of Chinese technocratic governance in handling the pandemic. Evidence of that skill went missing as the authorities imposed ever more draconian measures on citizens as Covid-19 rage in major cities. After the demonstrations across the country (seemingly coordinated, given the protesters use of similar language and methods), the leadership appears to have given in to the idea of “living with Covid”, which has already led to a spike in infections and presumably deaths in Beijing and elsewhere.

China’s most visible public policy failure has been in vaccinating its population with effective boosters which could have presented a firewall against the spread of the virus. All this so late in the game when much of the world has moved on and left their masks, contact-tracing apps and social-distancing measures behind. Xi himself experienced the exhilaration of unmasking when he ventured out of China for the first time since the pandemic broke on diplomatic jaunts this fall to Kazakhstan, Uzbekistan, Indonesia, Thailand and Saudi Arabia. The fact that China dropped the ball at a crucial time will be noted by its neighbors and others as a teachable moment of how not to manage a pandemic.

No assessment of 2022 would be complete without featuring rogue billionaires. Exhibits A and B are Donald Trump and Elon Musk, who entertained their core audiences during the year and continued to shake public trust in American democracy and free speech. Although Trump nominally suffered a major political setback during the year when many of his preferred candidates failed to make the cut in November’s mid-term congressional and state elections, the real estate tycoon-turned-politician continues to pose the single-biggest threat to America’s claims of being a pluralist, diverse democracy. 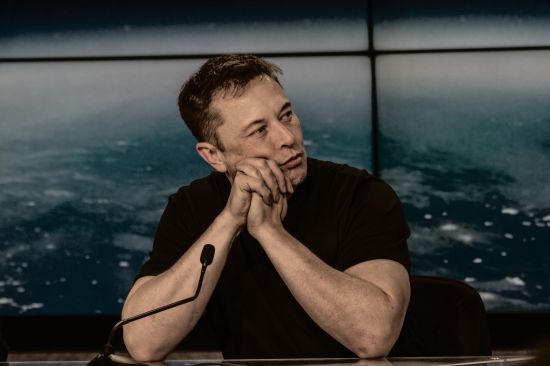 Elon the enigmatic: He has not quit his many day jobs (Credit: Daniel Oberhaus 2018)

Deprived of a powerful social media platform such as Twitter (from which he was barred in early 2021 after the January 6 insurrection but was reinstated when Musk bought the social media platform, though he has chosen not to resume tweeting), Trump continues to wield a hypnotic hold over a sizeable section of the American electorate and the mainstream media. Ditto billionaire Musk, who at least has an authentically impressive business track record. But why has he single-handedly proceeded to destroy Twitter after spending over US$40 billion to acquire it?

Some would suggest that Trump and Musk are simply falling victim to the hubris of the narcissist. But it makes sense to regard both iconoclasts as supreme social media entertainers of our era, with business and political considerations taking a backseat. How else to explain Trump’s obsession with tweeting while he was meant to be running the United States government and Musk’s own habit when he is the CEO of two large-sized firms (Tesla, Space-X) and has multiple day jobs?

The messy saga which was 2022 had other twists and turns – the controversy surrounding Qatar as host nation of the FIFA World Cup football championship, the splintering of global cooperation at COP27 (the United Nations Climate Change Conference), and the sorry spectacle of world leaders trying to look like a cooperative grouping at the G20 summit at Bali. The controversy over Qatar appears to boil down to one issue – the country’s decision to ban sales of beer and alcoholic spirits at the stadiums. This was the breaking point for British and the European fans visiting the country. They seemed to tolerate accusations of human rights abuses in the run-up to the World Cup and poor working conditions for thousands of migrant laborers who built the infrastructure (with fatalities in the hundreds). Deprive the European fans of beer and everyone overnight becomes a champion of human rights.

The spectacle at Sharm el-Sheikh when Egypt hosted the COP27 climate summit at least had the advantage of exposing well-heeled delegates to the perils of climate change. (This will happen again next year when COP28 takes place in the United Arab Emirates.) The outside of the conference center was run over by flies, with many delegates literally swatting the pesky insects during high-profile media interviews. Inside the conference center, delegates had to contend with lack of access to food and water during the first week, until authorities decided to replenish supplies. Over in Bali, where the G20 Leader’s summit single biggest accomplishment was release of an agreed communiqué, the most glaring aspect of the gathering was the red batik shirts worn by world leaders to prove that they were indeed in Indonesia and that they could all come together – at least for a photo shoot.

If there is one wish I would have for 2023, it is that it should be like any other normal year – without overreaching autocrats, out-of-control billionaires, and global summitry which is all pomp and no substance. It is a wish unlikely to be fulfilled.