With the Belt and Road Initiative, the flagship of its economic diplomacy, China has offered enticing funding to bridge the world’s infrastructure gaps. While some governments have pushed back against sometimes controversial financing deals, the Covid-19 pandemic has posed a greater threat to the initiative, writes Xue Gong of the S Rajaratnam School of International Studies at Nanyang Technological University in Singapore. Beijing is now seeking to turn the tide in its favor through fresh narratives centering on China’s goodwill in providing public goods for international development cooperation. 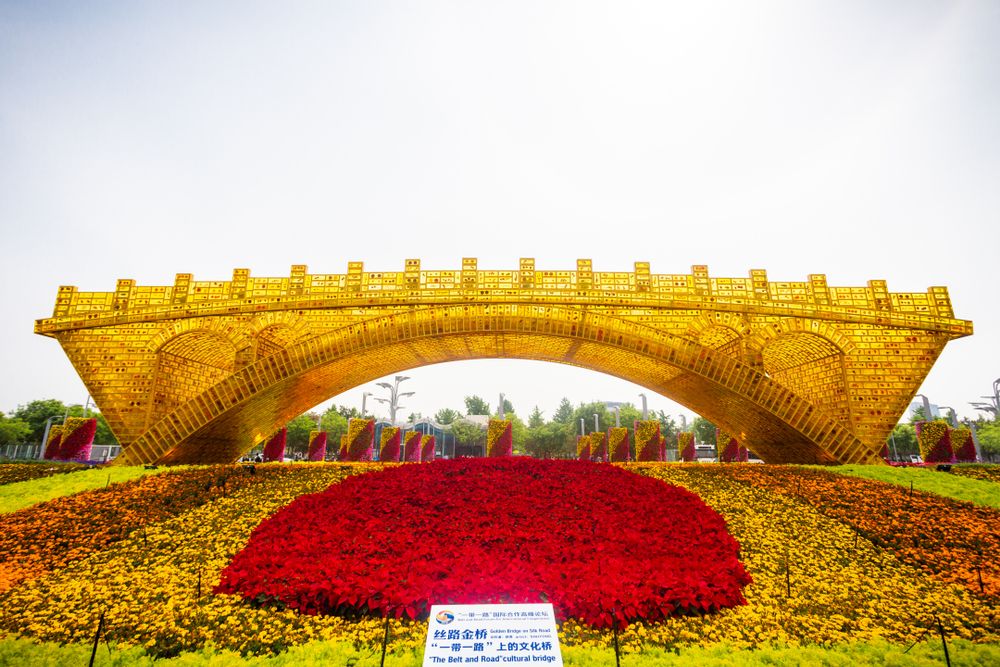 After the Covid-19 outbreak in 2020, the world wondered to what extent China would continue to implement the Belt and Road Initiative (BRI), its flagship foreign economic policy initiative. Many suggested that the reorientation of the Chinese economy from an export-driven model to one more reliant on domestic consumption would lead to a reduction in China’s overseas infrastructure investments. Yet even as China highlighted during the pandemic the value of its Health Silk Road (HSR) and Digital Silk Road (DSR) plans as timely adjuncts to the BRI, the renewed emphasis on physical connectivity under the BRI underscored in the white paper on “China’s International Development Cooperation in the New Era”, released by the State Council in January, sent another signal.

In the document, for the first time, the Chinese government defined the BRI as a “major platform” for international development cooperation. In the past, China claimed that the BRI was not about foreign development assistance but was a framework for win-win economic cooperation aimed at generating commercial returns. Beijing focused on the commerce-oriented narrative in response to the outside concern that BRI-participating countries might become too dependent financially on China. This shift explicitly shows that China hopes to create a narrative that would sound more benign to an international audience – that the BRI is a useful platform through which Beijing could provide various public goods for global development.

The white paper suggests a wide range of activities not that dissimilar from those previously proposed for the BRI: connectivity, foreign direct investment, financing, technology transfer, international services provision (such as project contracting and labor services), special economic zones, management contracting, and aid. Reiterating the original parameters of the BRI suggests that China’s great ambitions in pushing for the BRI will not be impeded, particularly when a post-pandemic world will surely need more infrastructure investment to resume economic growth.

So how is the BRI different now?

One of the most interesting changes is the efficiency-oriented approach. Partially responding to the pushbacks against China’s dominance in BRI projects, Beijing not only acknowledges the role of host countries but also allows recipient governments to select the contractors instead of insisting on Chinese personnel and supplies. Furthermore, China has pledged to establish financing indices to improve the transparency and supervision of its overseas projects.

Other than such internal institutional reforms, Beijing also stresses the necessity of third-party cooperation. The areas for partnership are not only related to physical connectivity but also to governance issues such as poverty reduction, women’s rights and education, climate change, and environmental protection. Across these issues, China highlights the opportunities for multilateral cooperation such as the possibility of utilizing earmarked aid in the United Nations and co-financing with international/ regional development banks to achieve the Sustainable Development Goals (SDGs) under the UN’s 2030 Agenda for Sustainable Development. All these suggest China is responding to hopes among partner and other countries, critics and supporters alike, that the BRI would adopt international norms and be implemented in a fairer environment for all parties.

As part of its “whole-of-nation” (举国体制) approach, Beijing wants the BRI to support Chinese standard-setting in international development cooperation. In the “Action Plan on Belt and Road Standard Connectivity (2018-2020)”, China has stated that it will harmonize with international standards while at the same time promote its own. Together with other national initiatives such as Made in China 2025 and China Standards 2035, the BRI is supposed to promote Chinese standards overseas. For example, China’s success in controlling the pandemic domestically has provided an opportunity for Beijing subtly to make the case for the export of the technologies that were essential to that effort including facial recognition, QR coding, 5G and artificial intelligence (AI).

While the white paper expresses China’s intent to continue to pursue global engagement through the BRI, it has also become clear that the BRI must look inward as well. The BRI is serving the Chinese economy under the concept of “dual circulation” that places great emphasis on the domestic market. In line with this recasting, China will not overstretch its financing capacity. China is reiterating that BRI projects with other developing countries should be regarded as South-South Cooperation.

Why these changes? A core issue with the BRI was its close relationship to China’s state-led development model and its implications for sustainable development. The narrative put forward by critics was that the BRI was a way for China to export “authoritarianism”, “suppression” and “predatory” economics, setting a “debt trap” for vulnerable developing countries. These story lines led a few participating countries such as Malaysia and Myanmar to modify their infrastructure cooperation arrangements with China.

Along with the growing anxiety over BRI practices, perhaps the most significant reason for China to change its tone and approach was the geopolitical response from the United States that became keen to push forward a Free and Open Indo-Pacific (FOIP) strategy to constrain China. The Trump administration’s framing of the BRI in strategic terms – casting not just Chinese lending and financing but also its technology and infrastructure projects as security threats – stoked the negative sentiment in many countries.

The disruptions to the global supply chain after the outbreak of Covid-19 suggest that decoupling in some key industrial areas would inevitably continue, a trend prompted by the US-China trade dispute that started early in the Trump presidency. In response, the Chinese President Xi Jinping declared in April 2020 that China must “take the initiative to seek change, and successfully capture and create opportunities during the crises and difficulties before us.” He then announced the dual-circulation strategy – internationalization and self-sufficiency – at the Politburo meeting in May 2020. The goal: to engage international markets for capital and technology, while simultaneously enhancing China’s own capabilities in critical sectors. 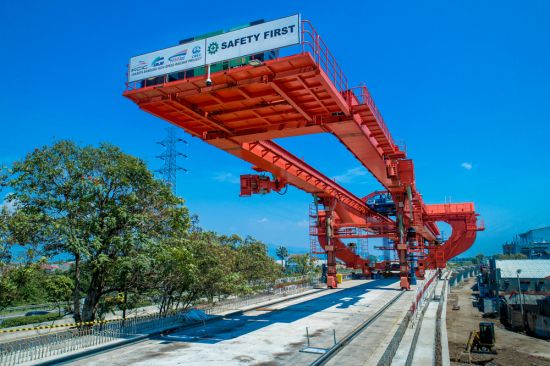 Even before Covid-19, Xi had made a crucial assessment of the international environment in the Central Conference on Work Relating to Foreign Affairs in 2018, noting that “our world is experiencing profound changes unseen in a century”. To mitigate the risks of structural tensions between China and the US, Xi used the phrase “reversed transmission” of the pressure to further push for institutional reforms (倒逼改革), including in the financial sector. To better cope with the challenges of supervising implementation, Beijing set up the China International Development and Cooperation Agency (CIDCA). At the same time, the Chinese government continued to regard the BRI as an important tool of foreign economic policy due to Xi’s contention that China still enjoys “significant strategic opportunity” (重要战略机遇), in other words, that China is rising while the US is declining.

What then are the implications for Southeast Asia?

First, the sharp contraction of Southeast Asian economies during pandemic period will underscore the value of investment and trade ties with China, which resumed economic activities and recovered quickly and strongly while many Western countries have continued to struggle with the lingering impact of the pandemic.

Second, leaders in the region may favor China’s technology-governance model and experience not only in effectively fighting Covid-19 but also in using data resources to fuel the promising digital economy. In a region where many nations have been struggling between searching for new drivers of economic growth and addressing domestic turmoil, some regional leaders may see the benefits of adopting Chinese standards and technologies to stimulate economic growth, while managing social discontent and calming unrest.

Third, Covid-19 opened a new front in Sino-US competition for influence in Southeast Asia. Countries such as Indonesia and the Philippines are already using Chinese vaccines. The US and its allies and partners may factor in Beijing growing economic and technological influence as they plot their own strategies in the region. On March 12, American president Joe Biden convened a virtual meeting with the other leaders of the Quadrilateral Security Dialogue, or the Quad – Australia, India and Japan, hoping to forge a collaborative plan to supply a billion vaccine doses to developing economies across the Indo-Pacific region by the end of 2022.

China’s BRI is designed to be different from the standards of OECD (Organisation for Economic Co-operation and Development) countries but Southeast Asia is likely to embrace Beijing’s acceptance of some international practices such as local ownership, improved transparency, and encouragement of third-party cooperation. The rivalry between the two great powers may create an opportunity for ASEAN member states to play a very important role in the wider Indo-Pacific. In this context, Southeast Asia may be offered even more choice. Increasing Sino-American tensions, however, could change the role of the BRI in facilitating international development cooperation and force Southeast Asia into the middle of the dangerous game of great-power competition. Without a doubt, this scenario would not be what the region would like to see. 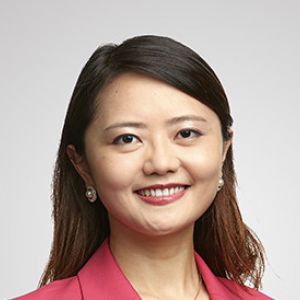 Xue Gong is an assistant professor at the S Rajaratnam School of International Studies (RSIS) of Nanyang Technological University (NTU) in Singapore. Her research interests include China’s economic diplomacy, the Belt and Road Initiative, and China-Southeast Asia economic relations.