While tensions rise between China and Australia over a range of subjects from the Covid-19 pandemic to allegations of undue political influence, the United Kingdom has kept its relations with Beijing on a relatively even keel. This may serve the British government well, as its educational institutions could capitalize on a shift of Chinese international students away from the Lucky Country to Britain’s less sunny but more welcoming shores. 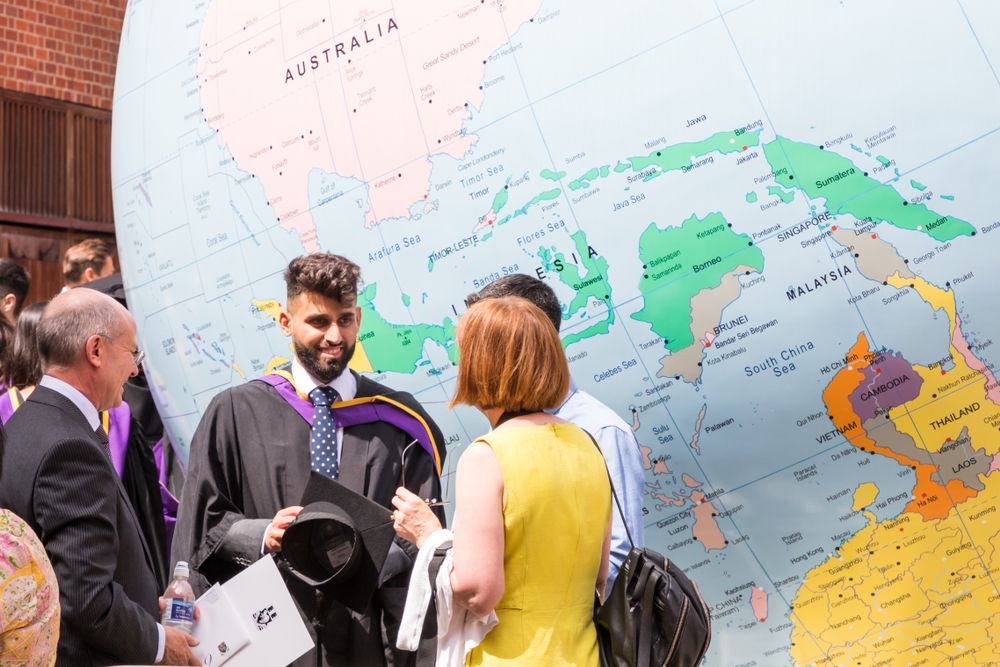 Degree day at the London School of Economics: The UK’s early efforts to recruit and reassure international students have given its higher-education sector an advantage over competitors (Credit: James Jiao / Shutterstock.com)

While large parts of the world have been recovering very gradually from the coronavirus pandemic and many countries have seen a resurgence of infections, the United Kingdom was even in the spring busily inviting students from around the world to its universities. The UK’s education sector is in direct competition with Australia and the United States. But unlike these two countries, the British did not scare off foreign students during the crisis; instead it supported them. Moreover, unlike most European countries, Britain continues to impose relatively mild entry restrictions. Its universities have therefore been able to compete for wealthy students from all over the world – particularly from Asian countries that were not so badly hit by the pandemic or have begun to recover from the crisis. UK higher-education institutions have had a considerable advantage over direct competitors in Australia and the US.

Universities are important enterprises for Australia, the UK and the US. Wealthy parents from China, India and other Asian countries spend a lot of money to enable their children to study in one of these three countries. So far, the US has been ahead of the pack, given the size of the country and its educational system. According to the United Nations Educational, Scientific and Cultural Organization (Unesco), the country attracted 985,000 foreign students in 2017. But the UK (population 60 million) and Australia (population 24 million) have outsized foreign student populations, with 435,000 and 381,000 enrolled, respectively.

Students from China represent the bulk of foreign students: almost one million citizens are currently studying abroad. In Australia, Chinese students represent 38.3 percent of all higher-education enrollment, followed by Indians at 18 percent. The number of foreign students in Australia has almost doubled between 2008 and 2018, from 202,000 to 398,600. In 2017, income from fee-paying overseas students constituted 23.3 percent of the total revenue of Australian universities.

In the US, almost 370,000 Chinese students were enrolled in US higher-education programs in 2018. They contributed about US$15 billion in tuition payments. These students are particularly important for American universities since – unlike their domestic peers – less than a fifth receive a grant or scholarship from their school.

During the crisis, however, the Australian government has treated its foreign guests in a mean-spirited manner. Prime Minister Scott Morrison said in early April that it was now time for people without permanent residence status to go home. He said it was nice to have had guests in "good times", but now they should leave the country. Morrison made an exception for “those backpackers in Australia who are nurses or doctors”. For those that provide useful skills, the Australian government will keep the doors open. But only for them.

According to the Australian government, all 2.17 million people who were in the country with temporary visas should have left. This includes students, tourists and people with work visas. In addition to foreign students, more than 200,000 tourists were in Australia at the time of the outbreak of the crisis. The export of educational services is the third-largest source of foreign exchange in the country after iron ore and coal production, providing employment for 250,000 people. 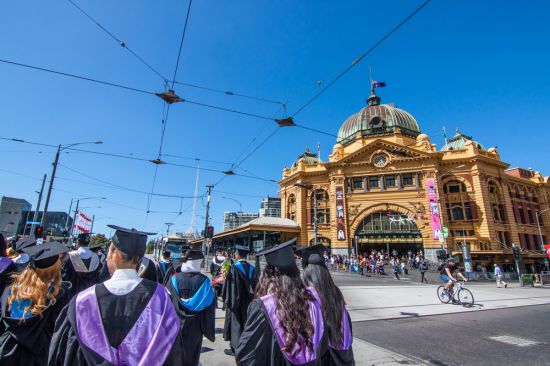 Meanwhile, down under – graduation day in Melbourne: In early April, Australian PM Morrison told foreign students that it was time to go home (Credit: taoty / Shutterstock.com)

The Australian government, however, will probably find the opportunity to reduce the influence of Chinese students in the country's universities convenient. For months now, there have been mounting voices in Australia warning of the growing influence of China on Australian domestic politics. In the summer of 2019, clashes between Chinese supporters of the Hong Kong protest movement and students loyal to the Beijing regime occurred at the University of Queensland. Today, the Australian public is very sensitive to attempts of Chinese citizens to influence the domestic political discourse.

The new Cold War is making itself felt quite openly. The current and rising geopolitical tensions do not stop at universities. In April, Australia called for an independent investigation into the origins of the coronavirus, a move that appeared to trigger trade sanctions by Beijing on certain Australian agricultural exports to China. The arrest on national security grounds in Beijing in August of an Australian news anchor for the Chinese state-controlled international network and investigations of two other Australian journalists in China who subsequently fled to Sydney on September 8 have underscored the deterioration of China-Australia relations. Canberra also revoked the visas of two leading Chinese scholars and launched investigations into Chinese journalists suspected of political interference.

But Chinese citizens might have lost interest in studying down under anyway. In an interview with the Australian Financial Review reported on April 26, the Chinese ambassador to Australia, Cheng Jingye, warned of a possible boycott of Australian goods and services if the Australian government continued to support a Covid-19 inquiry, which the US had called for. Cheng warned that Chinese consumers would reduce their consumption of Australian beef and wine and insisted that families could send their children to other universities. “Maybe the parents of the students would also rethink whether this place, which they find is not so friendly, even hostile, is the best place to send their kids to,” he said. 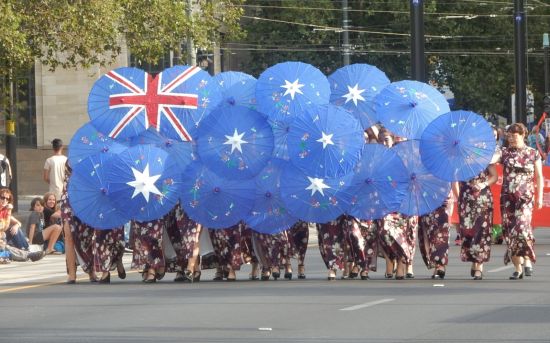 Chinese-Australians march in Australia Day parade in Adelaide, 2019: Amid tense relations between Beijing and Canberra, students from China are shunning the Lucky Country (Credit: Michael Coghlan)

British universities will not be spared by the crisis and the tense relationship with China. Before the crisis, UK institutions of higher learning achieved an income from non-European Union students of about £7 billion (US$9.3 billion). Among the top 40 universities, overseas students contribute 45 percent of fee income of these institutions. They have as much to lose as their peers in Australia and the US. But unlike the Australian government, the British government continues to look after its foreign guests.

The UK minister of state for universities, Michelle Donelan, addressed students from abroad in a letter on April 9, praising how international students enrich life at British universities and assuring them of the continued support of the government. UK universities, she stressed, not only had the task of looking after the physical wellbeing of students staying in the dormitories but also expressly pointed out the support which the universities would offer to maintain mental balance.

The difference in treatment of foreign students in Australia and in the UK has been stark. In Australia, guests are shown the door, while in the UK the government overrides existing visa regulations and assures that it will continue to look after foreign students in the future. The British are already looking ahead in the middle of the crisis. In her letter, Donelan encouraged foreign students to plan for the autumn semester 2020 and continue their studies in the UK or take up a new university program.

The UK had a head start in recruiting foreign students in the post-pandemic world. Although the UK also has quite strict restrictions on leaving one's home, entry and exit to and from the UK is still possible without hindrance. While most continental European countries, as well as China, Australia and the US, do not yet have any plans to restore freedom of travel, this still applies in the UK, though there have been rapid additions and removals of countries from the UK’s no-quarantine list. Economic reconstruction should therefore be easier for Britain than for states that have practically closed their borders.

That continued openness will benefit not only British universities but also the UK’s tourism and financial services sectors. The British are demonstrating to continental Europeans that in future they will be prepared to exploit coldly for their own benefit political mistakes made in other countries. The closing of borders on the continent has been such a hard-to-reverse political mistake. Equally short sighted were the moves of the Australian government, which will greatly reduce the attractiveness of Australia for Asian students. While the Lake District may not be a perfect replacement for Bondi Beach, by and large the British are much better prepared for the post-crisis period than either Australia or the UK’s erstwhile EU partners, especially when it comes to exporting services. 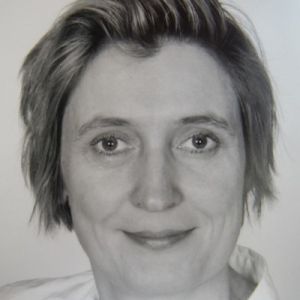 Berlin School of Economics and Law

Bettina Biedermann is research advisor at the Berlin School of Economics and Law in Germany. 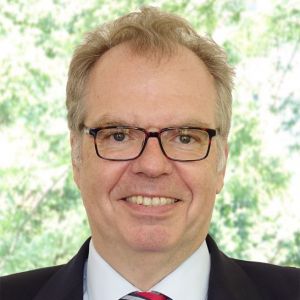