How UK International Education is Navigating the Pandemic

The United Kingdom’s higher-education sector is among the most successful in the world. A major factor in its success is its long history of welcoming international students, whose presence enriches UK university campuses, writes Alan Yang Gregory of Universities UK International. The Covid-19 pandemic, however, has thrown the higher education around the world into crisis. The UK is no exception, with global travel restrictions and public health concerns causing many international students to reconsider their overseas study plans. 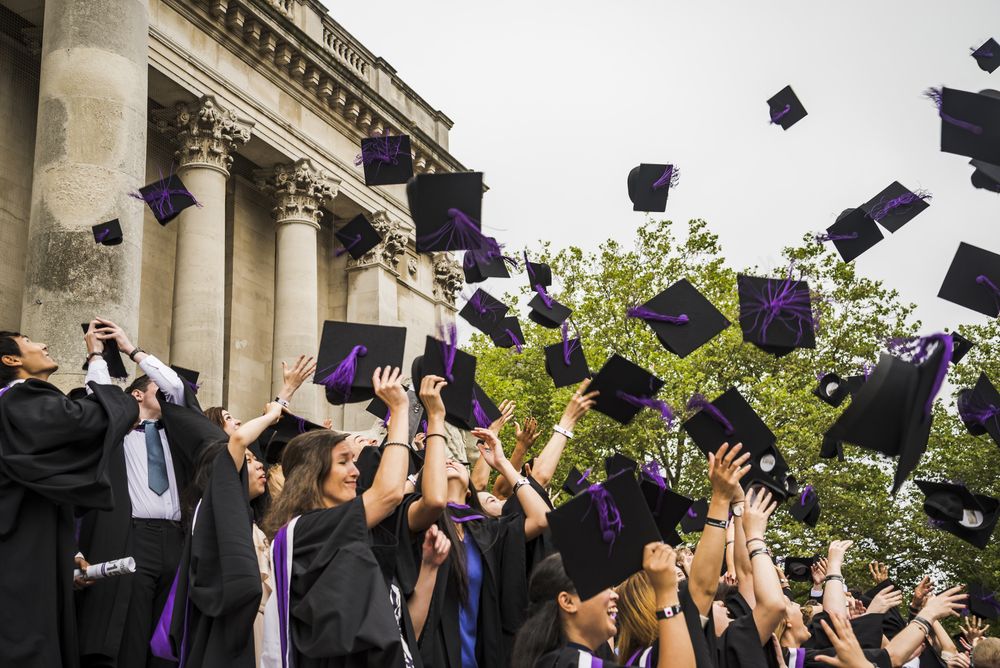 Those were the days – graduates at the University of Portsmouth celebrate, 2015: In the aftermath of Covid-19, the UK higher-education sector aims to build on its past success (Credit: PhotoItaliaStudio / Shutterstock.com)

In 2018-19, there were about 485,000 international students studying in the United Kingdom with 342,620 from outside the EU, making the UK the second most popular destination for international students, behind only the US. In 2019, the UK government launched its “International Education Strategy”, which included a target to recruit 600,000 international higher-education students annually by 2030. This marked a long-awaited policy shift within government, supported by a commitment to a concerted approach across departments. This was followed by further positive initiatives to create a more competitive international offer – the most notable being the reintroduction from next year of the Graduate Route, a new post-study work program. This will allow international students to remain in the UK for up to two years (extended to three years for PhD candidates) after the end of their studies.

Recent research by the British Council estimates that there will be nearly 14,000 fewer new enrolments in UK universities from East Asia in 2020-21 compared to the 2018-19 academic year. While it is still too early to assess the full impact of Covid-19 on the targets laid out by the International Education Strategy, a significant downturn in the number of international students will have a serious impact on university finances. Fears have been growing that, with international fee income cross-subsidizing research income by about 17 percent, research capacity could suffer at a time where scientific work is essential in the fight against Covid-19.

This crisis has highlighted the extent of investment needed by government to protect the student interest, to maintain research capacity, to prevent institutions failing and to ensure that universities can play a central role in the UK’s economic and social recovery following the Covid-19 crisis. In response to this, Universities UK (UUK), the umbrella group representing 137 UK universities, has worked closely with the government to develop a package of measures to address the scale and diversity of pressures facing the sector and the communities that rely on it across the nation.

The government unveiled this package in June. It provided the sector with £280 million (US$370 million) in rescue funding. In addition, £200 million (US$264 million) was committed towards research costs such as salaries and equipment, while UK Research and Innovation (UKRI) will redistribute up to £80 million (US$106 million) in existing funding. This rescue plan is a welcome recognition by government of the extent to which the university research base is important to the UK’s recovery from the pandemic. More should and must be done to provide adequate support to the UK’s higher-education sector through this challenging time.

Beyond the immediate financial concerns, universities are now facing a set of new campus-based challenges as the autumn term approaches. Over the past six months, universities have been developing actions which could mitigate some of the impact of Covid-19 on both home and international students. There have been hundreds of examples, highlighted in UUK’s #WeAreTogether social media campaign, of universities supporting international students throughout the remainder of the 2019-20 academic year, whether through remote access to student services such as mental health support, food delivery services for those in self-isolation, or providing access to hardship funds for those most in need. Over the summer, universities have been working around the clock, in consultation with staff and unions, to ensure the safety and wellbeing of all students on campuses in preparation for the 2020-21 academic year.

While online teaching has rapidly replaced in-person teaching, it has also become quickly apparent that the online learning experience cannot offer the same benefits in terms of cultural experiences and networking opportunities. While this will pose a unique challenge in 2020-21, a recent survey by UUK has revealed that 97 percent of universities surveyed confirmed that they will provide at least some in-person teaching at the start of term this year, while 87 percent stated that they will offer in-person social opportunities to students, including outside events and sporting activities, all in line with government public-health guidelines.

Pandemic pitch: UK Universities Minister Michelle Donelan sent a letter to international students in April to assure them schools are open and ready to welcome them (Source: British Council video)

Universities must keep abreast of their students’ concerns. Surveys have proven to be a valuable method to better understand the sentiments of prospective students and have also highlighted a degree of variation among the concerns of international students.

Of the almost 500,000 international students studying in UK higher-education institutions, nearly a quarter are Chinese. While student numbers from China have been steadily growing, the pandemic has prompted many among this important cohort to reassess their original study plans. Recent British Council surveys conducted in April and June of prospective students in China highlighted a high degree of uncertainty. The first survey found that 39 percent of those who had already applied for UK courses with a September start were unsure about whether to stick to their plans. A total of 22 percent of respondents said they were likely to cancel, while 27 percent said they would not withdraw their applications. This was in in stark contrast to identical surveys conducted in India and Pakistan, where half of respondents who had applied to study overseas reported they were “not at all likely” to change their plans.

Variations also were evident in the most significant types of concerns. The first survey found, for example, that 57 percent of Indian and 61 percent of Pakistani students reported they were “very concerned” about finances compared to 40 percent of Chinese students. In contrast, 79 percent of Chinese respondents reported they were “very concerned” about health and wellbeing (compared with 67 percent among Indian students and 46 percent among Pakistani students). Research by academics at the University of Manchester discovered anxiety among Chinese students over whether it would be safe to travel to the UK.

These findings reinforce how important it is for universities, and the wider education sector, to not only do whatever possible to ensure all students feel safe and secure as campuses reopen in the autumn but also in communicating these plans. UUK have been supporting the sector in these efforts through its recent publication of  guidance for universities on supporting students through any periods of self-isolation alongside a framework of principles for universities to consider as they begin to emerge from lockdown.

While restrictions relating to Covid-19 may continue for some time or be lifted and then reimposed in response to further national or localized outbreaks, universities have had to make appropriate changes on campuses to ensure health, safety and wellbeing of all students and staff. For example, many universities are planning to provide all students with free face coverings, make hand sanitizer readily available and carry out stringent cleaning of university buildings. Some universities, such as the University of Exeter, will be providing special services just for international students, including collection from the airport and free accommodation and support in specially designated halls of residence for any students who need to self-isolate for two weeks (if still required by the government). Exeter is also aiming to have every student tested both for antigens and antibodies on arrival.

Some of the new challenges facing universities as a result of the Covid-19 pandemic are less obvious. The surveys have also highlighted serious concerns among Chinese international students that go beyond health and wellbeing. The British Council survey found that 87 percent said they were “very concerned” about personal safety as a result of several reports of harassment and racial intimidation, particularly online, following the outbreak of Covid-19 in early 2020. Similar concerns were reported in another survey of current and prospective Chinese students and their parents, conducted by the Association of British Chinese Professors, which found that, when asked about their main concerns about studying in the UK, three in four reported “concerns about discrimination and hate speech against Chinese people”.

While most of the reported incidents have taken place outside universities themselves, it has been encouraging to see that universities have been swift to act, ensuring that any incidents are reported to the police and issuing statements of solidarity with their Chinese students. Vigilance within universities, however, remains essential and more will need to be done to demonstrate that universities will not tolerate hostility toward Chinese or any other students on the grounds of their ethnicity.

The UK’s higher-education sector unquestionably faces a daunting year ahead. While the Covid-19 pandemic is likely to set back our International Education Strategy targets many years, the initiatives supported by this strategy, such as the Graduate Route, will ensure the UK remains an open and welcoming destination for international students. Meanwhile, proactive messaging such as the recent letter of welcome to international students around the world from the education ministers throughout the UK, combined with ongoing efforts from universities as they prepare to reopen, should help to provide further reassurances and boost confidence in the many merits of pursuing an international education in the UK. 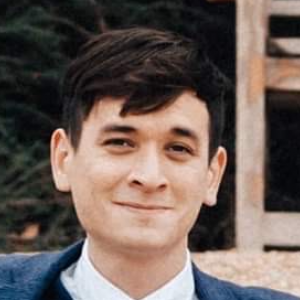 Alan Yang Gregory is the policy officer covering Asia at Universities UK International, the umbrella organisation representing UK universities and acting in their collective interests globally. Previous to this position, he served as the policy advisor covering Asia at The Royal Society, the UK's national academy for sciences. He is a graduate of SOAS University of London and the University of Hong Kong.